I grow up on the border "La Seine", the river crossing Paris where French impressionists as Renoir, Manet or Monet used to paint and find inspiration, representing fugitive movement of light. 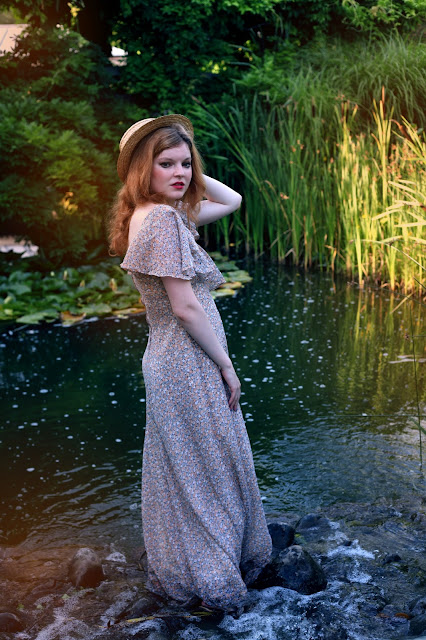 In a way,  I was already leaving in a painting and I was suffused with this atmosphere beautiful lights and green shades, shimmering reflection of willow trees in the water which blur the line between vegetation and aquatic element. (sorry for becoming quite lyrical) 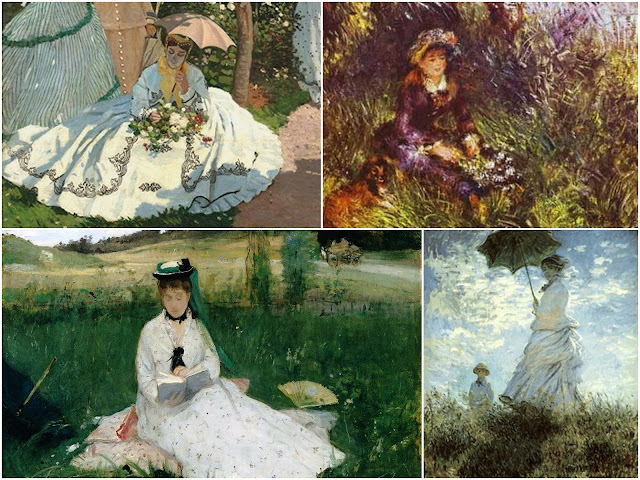 Impressionism painting have became commonplaces,  but I'm not afraid to appear as lowbrow if I say that it's one of my favourite art movement.  I like the way Impressionists learned how to transcribe directly their visual sensations of nature, unconcerned with the actual depiction of physical objects in front of them. I see them as the first painters who live their Ateliers  to paint  outside in the nature in order to seize the natural light. 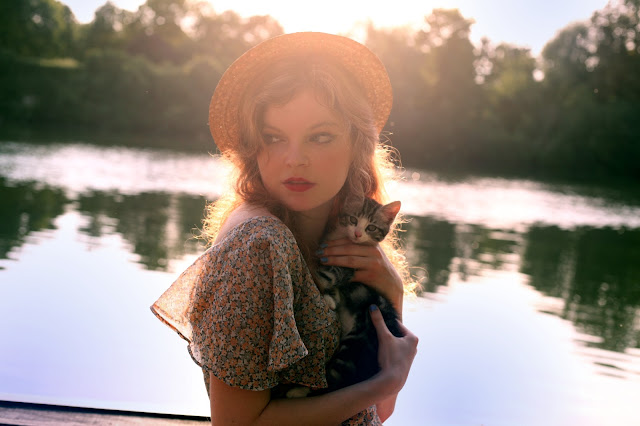 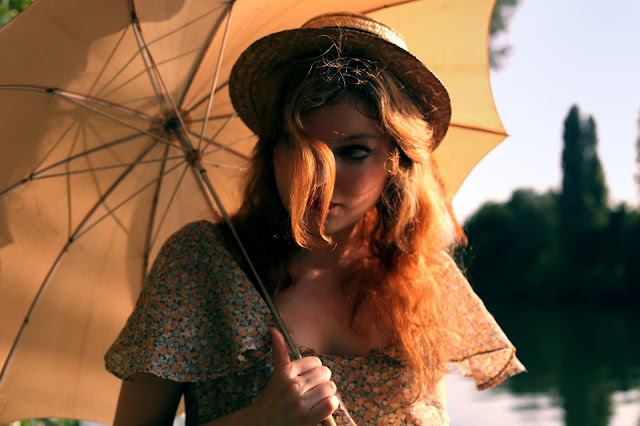 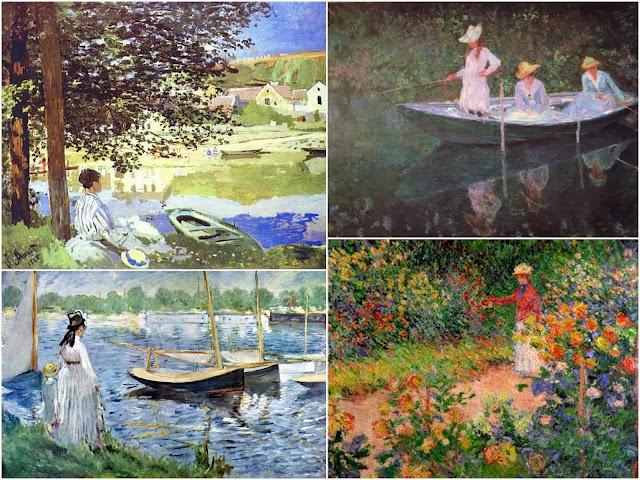 As an apprentice costume designer I like to stage my dress and rebuild a whole universe. I like the idea to make  a living painting in opposition to "still life", as you have "tableaux", in theatre (still image on stage)  and be part of a that painting by jumping into the frame. 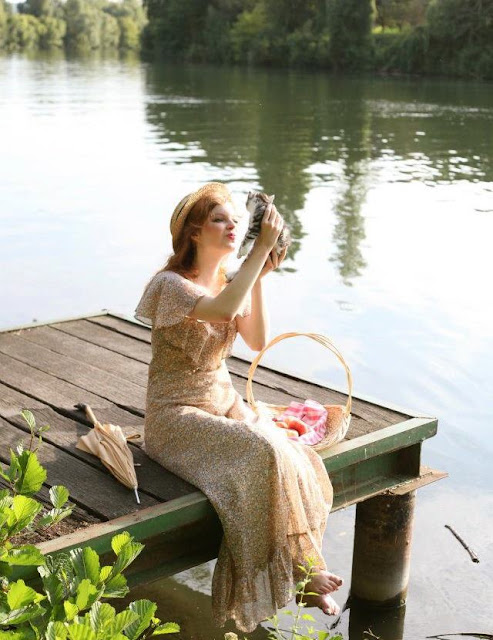 Moreover, l like the elegance of the woman in the 1880-1890 who had really classy accessories like gloves, hat, and sunshade, things that's we are really wearing nowadays anymore. 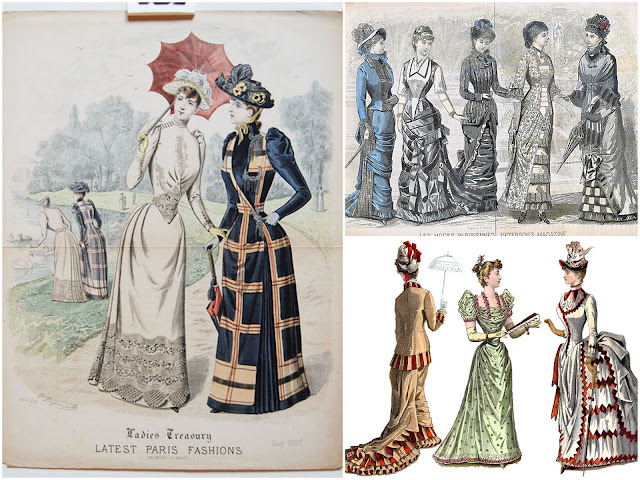 And for a more English painting movement which occurred at the same time in History, for this series of pictures, we were also inspired by pre-Raphaelite paintings, with crown and flower, red hair dreamy girls in bucolic landscapes. 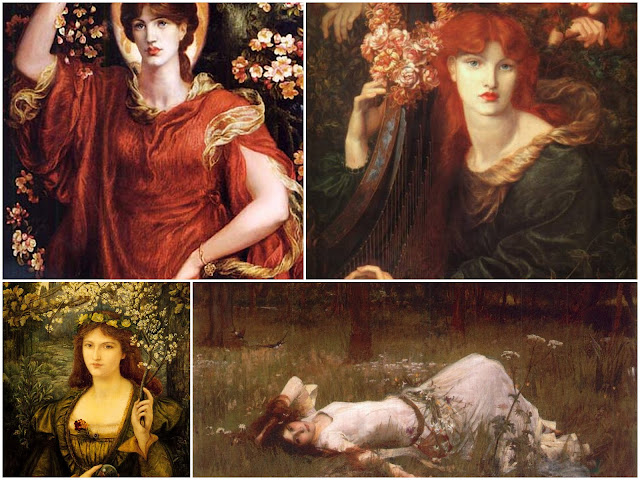 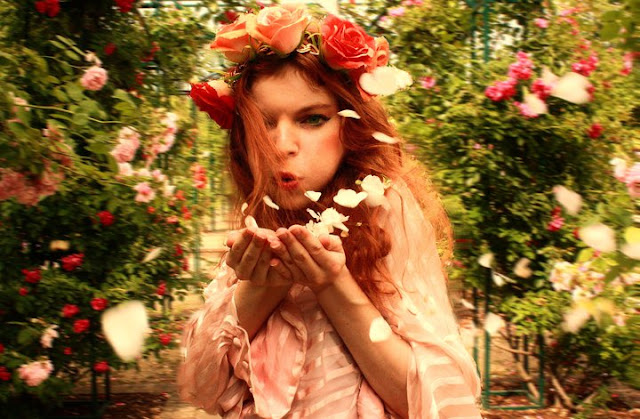 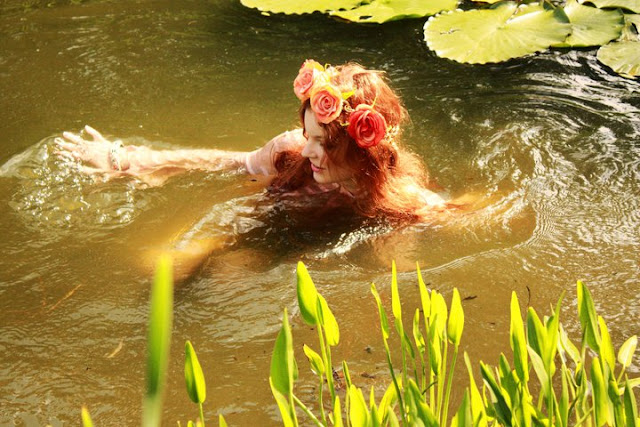 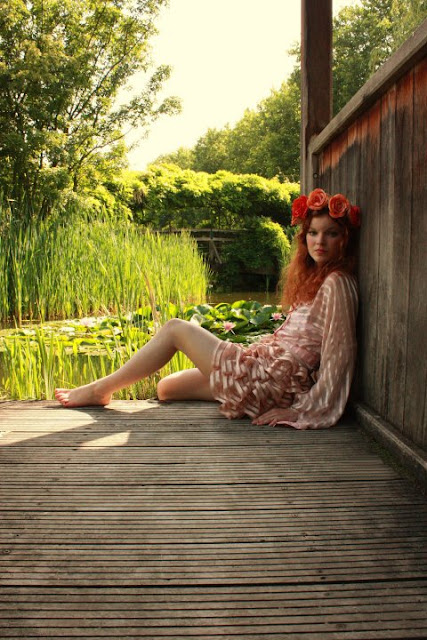 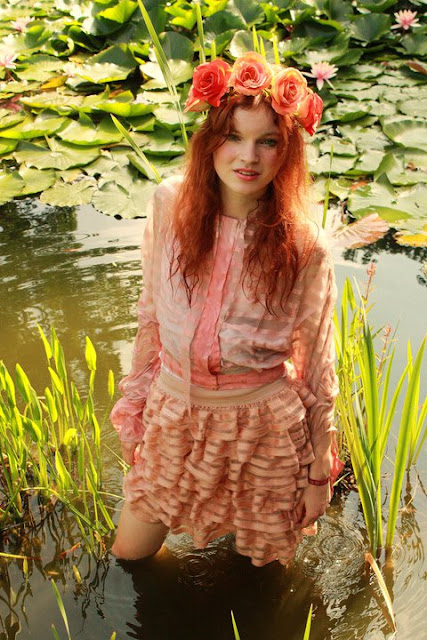