I made a salmon dress for my friend Ioanna who was going to Lady Gaga concert, in reference to the meat dress of Lady Gaga worn at the 2010 MTV Video Music Awards. 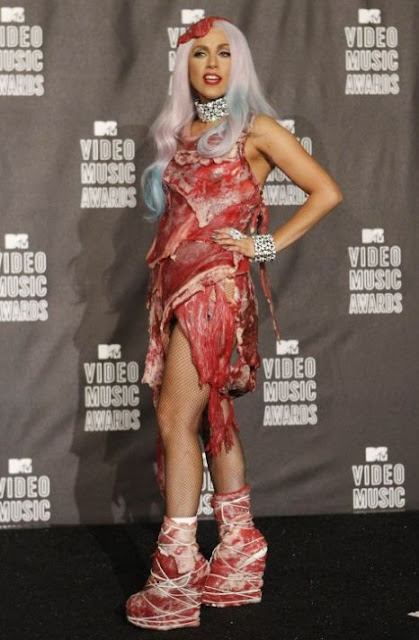 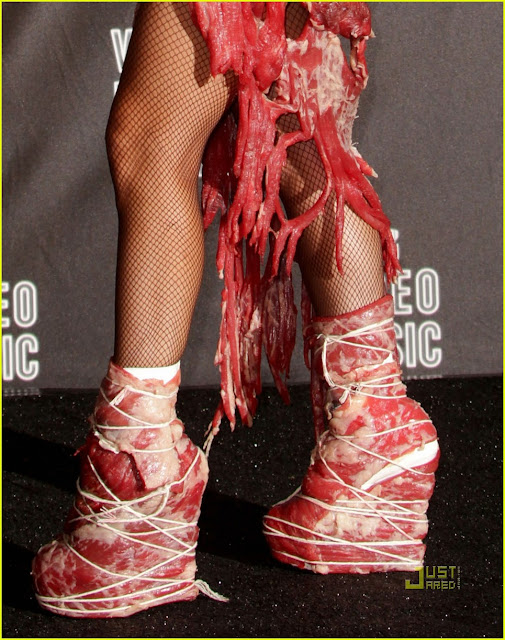 I ask several designer friends how to make it and everybody told me "It's not going to work, it's going to be destroy…" but I find my way. I bought first price smocked salmon at the supermarket. I sticked them on orange plastic bags and varnish them. You have to put a lot of layer on it, so it was half fish smell, half varnish smell). Basically my kitchen was transformer into creepy fish store and the guy who came early in the morning to read the gas meter thought I was crazy. Then I stitch all the salmon pieces on a transparent top. 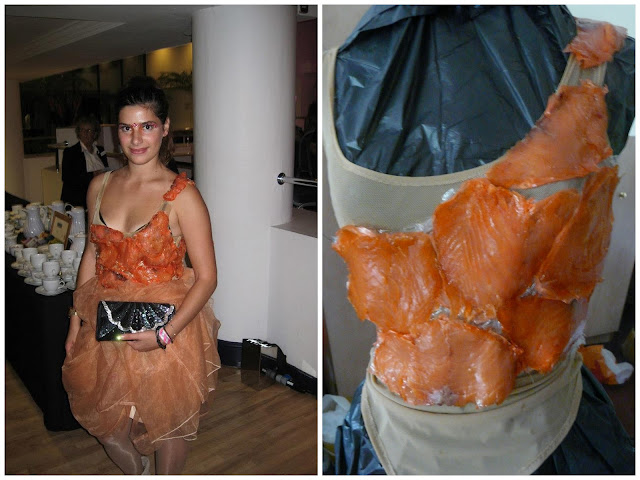 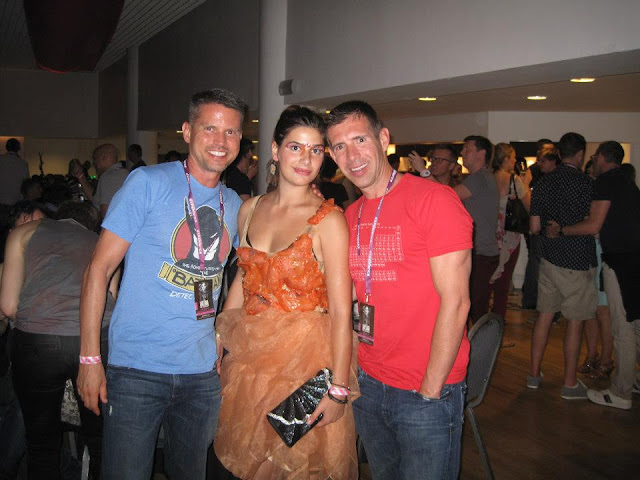 I already made a salami dress for dressing up as lady Gaga for a party "dress as a singer".


I like the idea to make organic and ephemeral clothes, who are going to be destroyed or rotten, it's an unusual material to experiment use, when aliment  become the new textile and the fridge your new closet!
I know that The Rock and Roll Hall of fame paid $6,000 to taxidermist Sergio Vigilato to preserve the dress, I just have to throw mine away…
Publié par Anne sophie cochevelou à 04:17