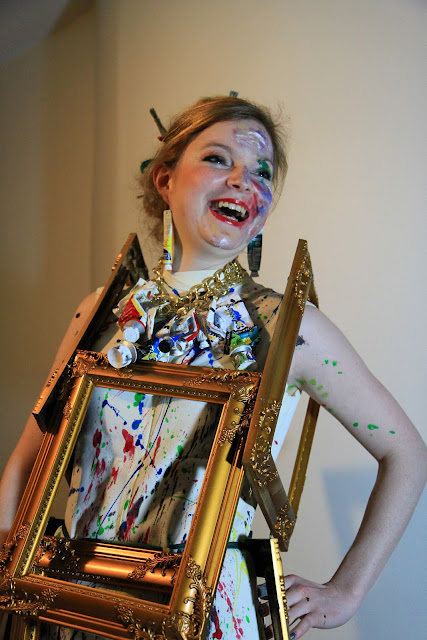 For a party which the theme was "Fête'art", a play on words in French between art and party maker, basically you had to dress as a an artist or a piece of art. 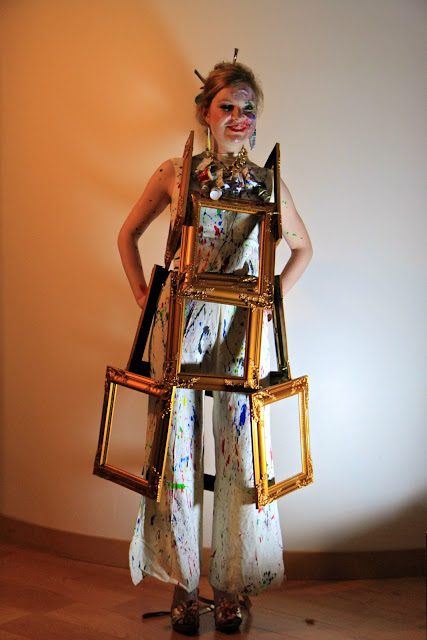 I wanted to be a kind of live canvas, actually calicot is used for painting and for making clothes which is a kind of common point between the two fields but I liked the idea of used the volume of the body whereas painting is  flat to make something between painting and sculpture which is more rounded-based, going from the two dimension of painting to the three dimension of sculpture and costume making. 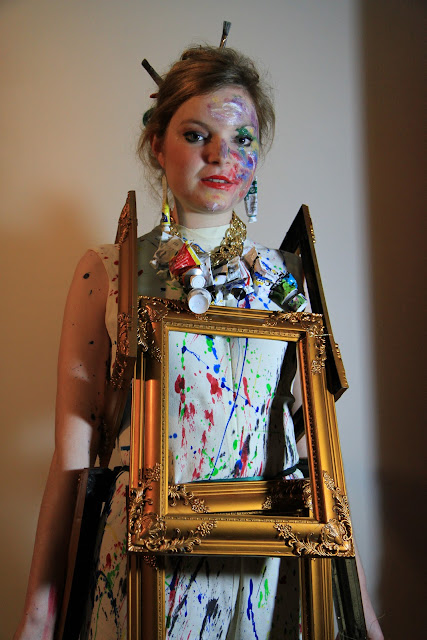 I found a white suit in a charity shops and I splash some colourful painting on it. Actually, my Mum did it directly on me, in our garden in order not to make the house dirty,  it was in february and really freezing outside!
It was already quite perforative, a bit like that but less stylish! 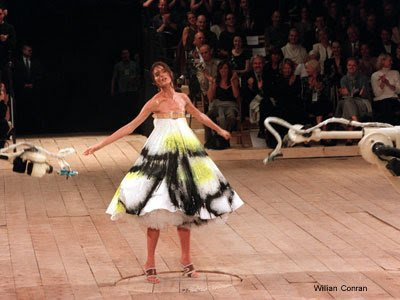 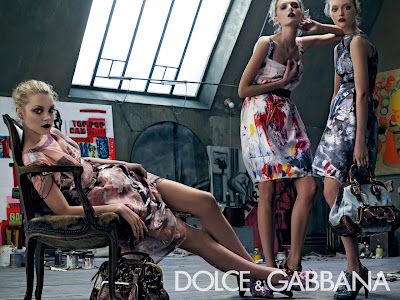 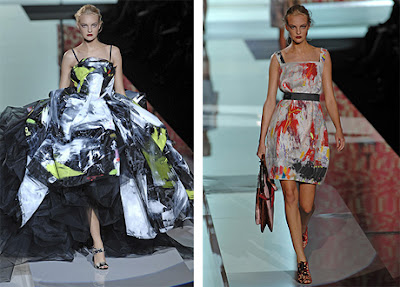 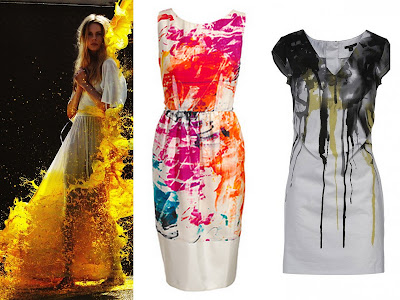 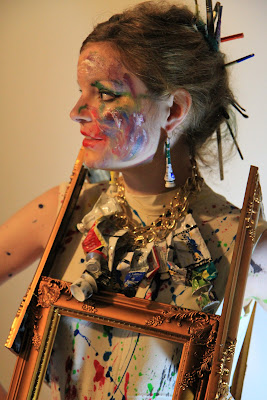 Then I build a kind of structure with frames and wire which were from a set of my friend performance (carried them in my luggage from London to Paris)
I liked the idea of becoming myself a piece of art embellished by a frame dress. which I guess have something to do with Body art, or more precisely to embodied art! The costume became quite architectural,  nearly an installation,  introducing  rigid material which hinder body movements, but bring line and dynamic to the whole outfit.
It wasn't really easy to dance with the costume but I manage to keep it all night. I can't understand people who arrive dress up in a costume and half an hour latter they are back to normal clothes because it wasn't comfortable, I think it just ruins the whole effect. Sometimes I feel like in this French comic Gaston Lagaffe improbable and cumbersome costume and asking to his colleague and "if we dance? " 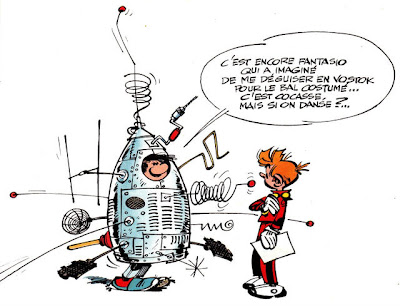 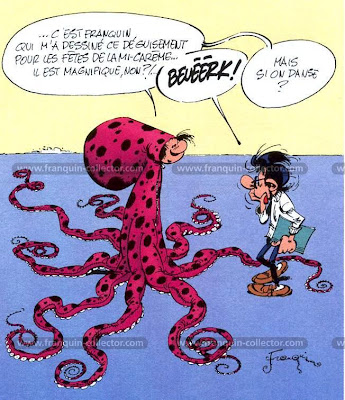 For the necklace and the hearings, I collected some used paint tubes. I thought it would have been easy to find them when you are in an art school,  but actually since everybody is now working  with digital it was harder than I thought since I wanted to refers more to "crafty art". 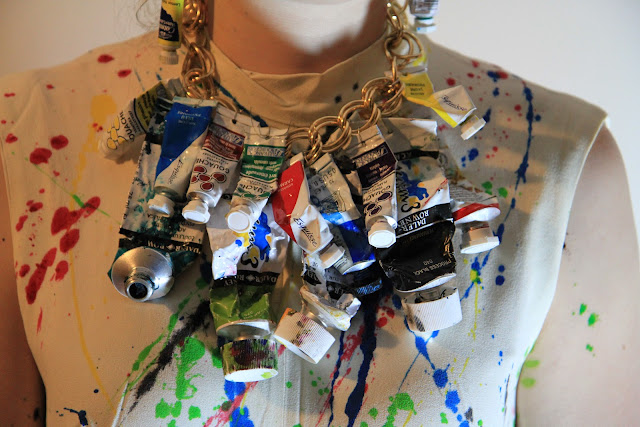 This costume made research about Art in fashion. No need to say that Haute Couture creates pieces of art in so far that it creates unique pieces, really detailed and thorough work which often relies on traditional craft and technic and are the product of a real aesthetic quest becoming a kind of wearable art. But i was more interested to find reference of art into fashion where the catwalk becomes a kind of live exhibition.


I guess Mondrian inspired a lot of fashion designers because of its bright colours and its geometrical lines which can easily apply to outfit. 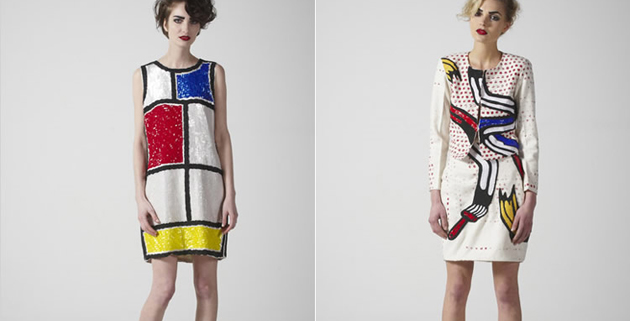 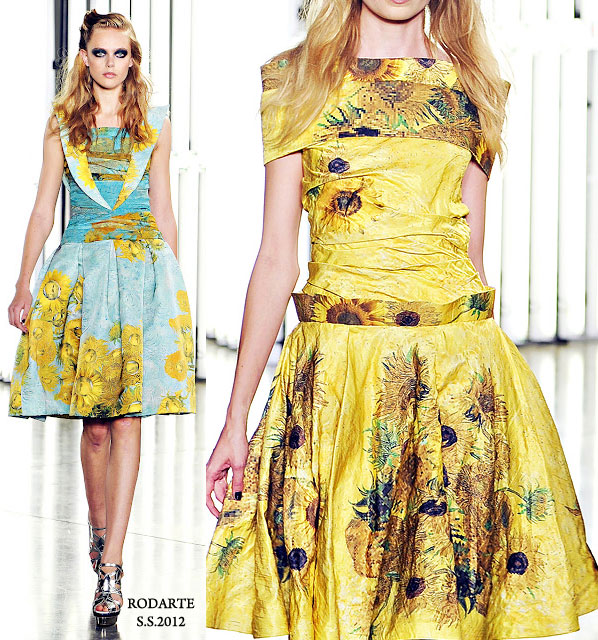