Happy New year, I don't know what you are doing tonight, hope everyone is going to wear his met shiny/sparkly/glittery outfit for the New Eve!

As a child I was really fascinated by fake big acrylic stones, with my brother and my sister we went to the Louvres museum and had fake ring to each finger and tried to make the comparison  with Royal jewel collection in the exhibition.

I like when the dress become a jewel itself, there is a transfer,  it's not accessorised anymore,  but jewels become part and parcel of the dress. 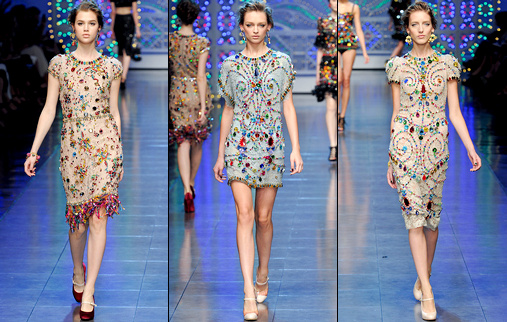 With this maximalist trend initiated by Lanvin Prada and Dolce Gabanna, we can see a way to  fight against the moroseness of economic  crisis

What I like in theatre and costume design is that you can pretend that you make a really wealthy outfit, you resort to a lot of acrylic gems or imitation jewellers. On stage, it's the other way round, fake jewels have a better effect than real ones, because they are bigger and more shiny, scale of values is turned upside down. 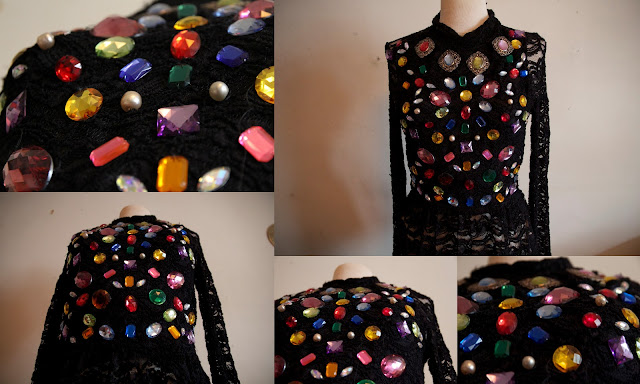 Basically, I took a black lace top shop dress and stitched some acrylic stones on it. At the beginning I wanted to use the glue gun (my best weapon!) but because it stretch it would have fall apart so I had to stitch them one by one. 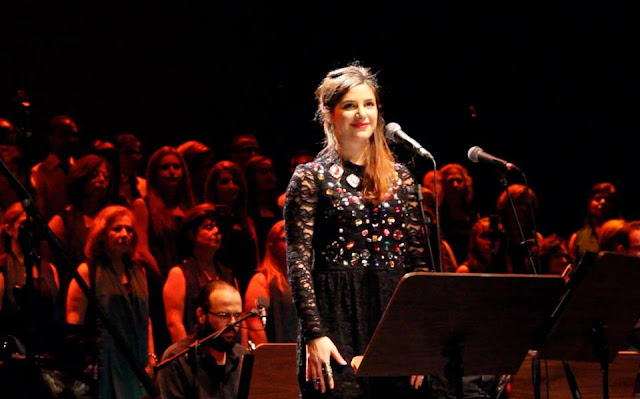 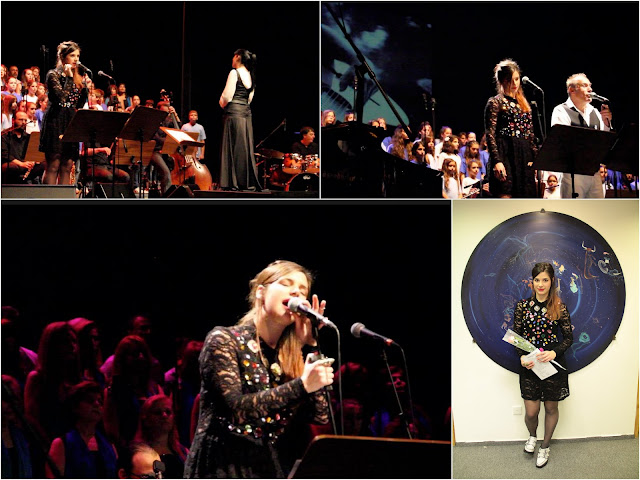 Ioanna :"They are going to make fun of me, you know Sophie, Cyprius is not London, I look like a disco ball, it's a bit to shiny.
Me: "it's good that people talk about you anyway". 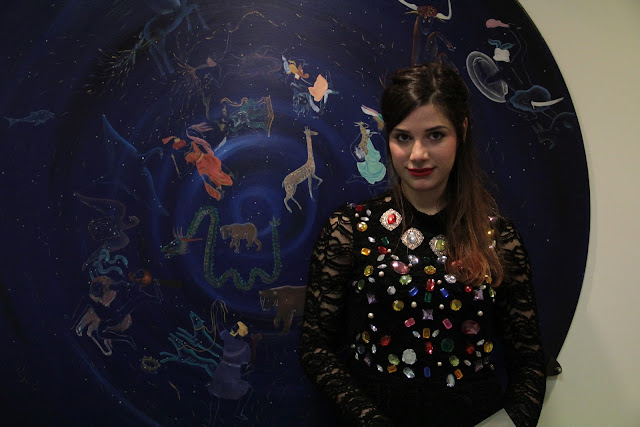 Then I got really exited about gems and acrylic stone (when you start you can't stop) so I decided to make some shoes for me, inspired by Castelbajac "Pirate's treasure". So I glue acrylic stones on black velvet shoes. 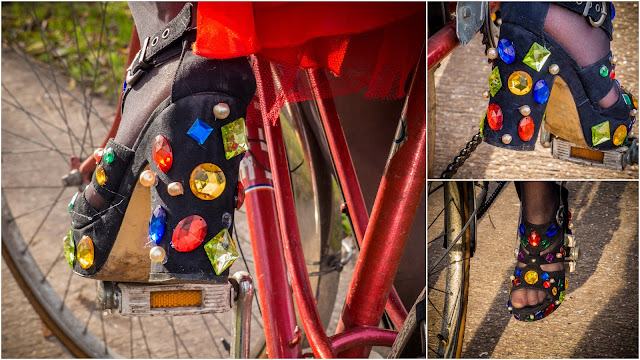 Then, Ioanna dress gave some inspiration for my christmas dress. In order to save time, I glue the gems separately on a black lace fabric then stitch the fabric  it to the dress. added some feathers to make it more theatrical. I like the mixt of gems and feathers.
I love feathers it's really aerial and  photogenic, it give you a good look because it's fly everywhere around your face and accompany all movements of your body. 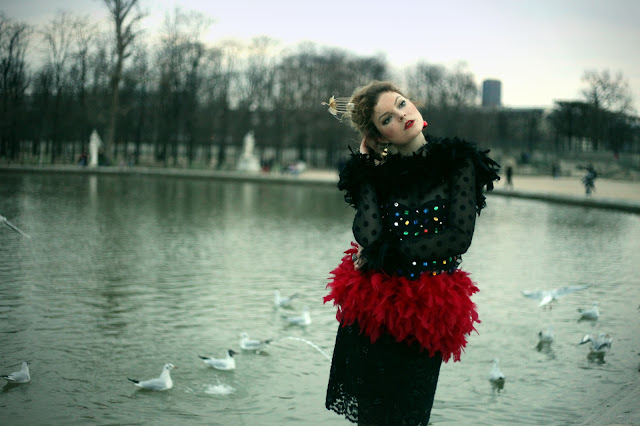 The disadvantage with feather dresses is you are loosing your feather everywhere, my roommate know when i'm going to a party because there is feathers everywhere in the base room (is always better than living hair in the shower!) "Hey chicken, you are losing your feathers!" 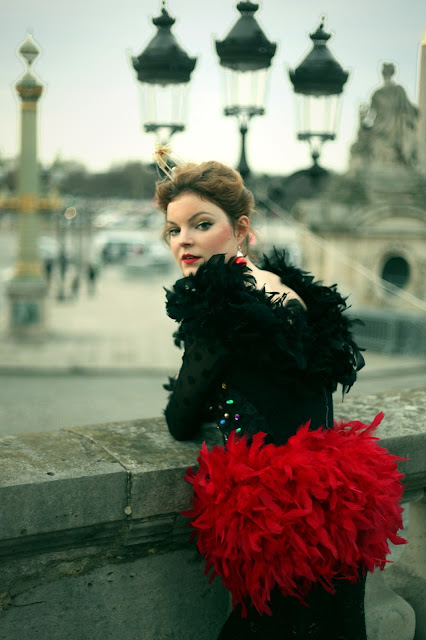 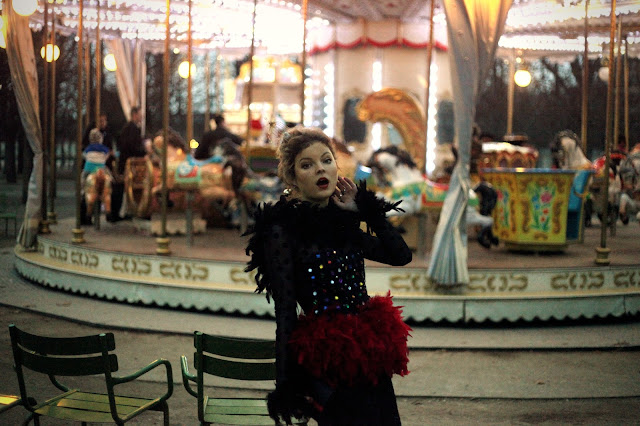 With Constance Doyle, we already took some pictures place de la Concorde (in the fountain!) But is was funny to come back in winter this time with a totally different atmosphere, really chrismassy with merry go round and  carousel, and giant red christmas tree and light.

I already experimented with feather, taking feather boas and stitch them on a black dress for those picture on the  Pont Alexandre III,  and Place de la concorde, using of also sparkly dress. 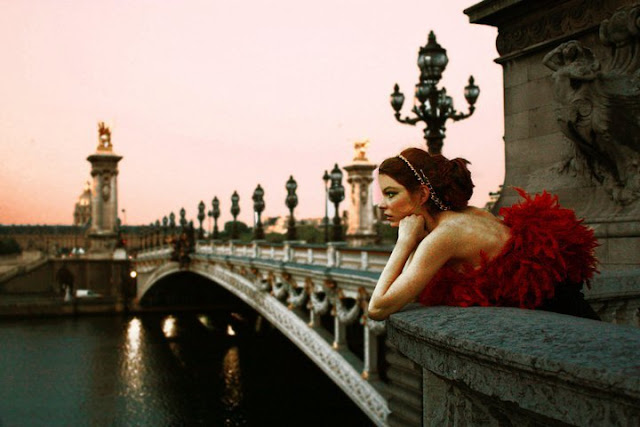 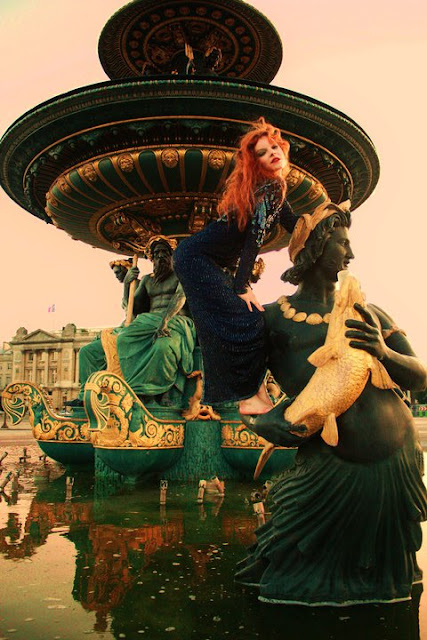