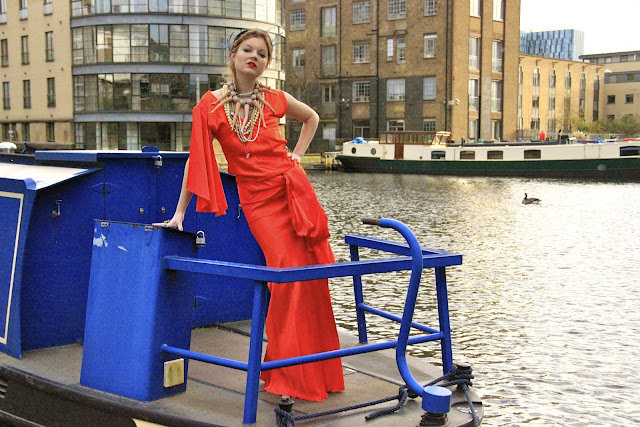 If you look at winter the somptuous Dolce Gabanna Collection for 2012-13, you can see that Baroque is a massive trend, also initiated I guess by the crazy Anna Delo Russo, so I wanted to show my own vision if this style. 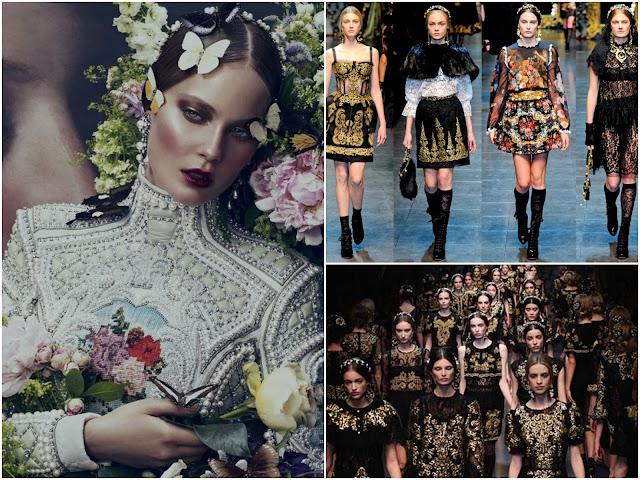 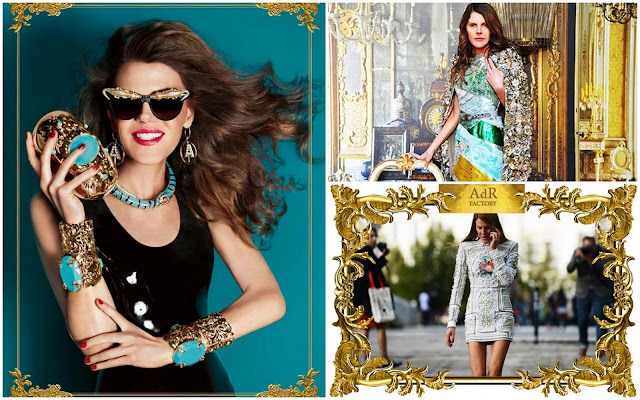 Baroque movement is characterised by accumulation and exaggeration. The French musicologist Philippe Beaussant says that "Baroque is a world where all the contraries would coexist in harmony", which I think it actually happening in every day life (at least in mine!). 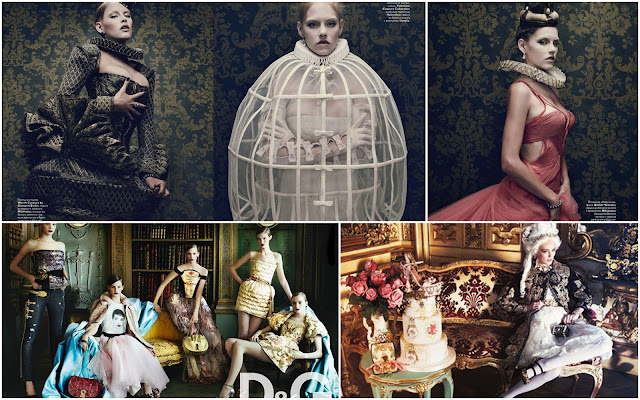 Baroque is synonymous of excess, contrasts and dissonance,exuberance, opulence… in short, everything I like! the contrary of discretion: wealthy embroidery patterns, luxurious velvet, floral tapestries... 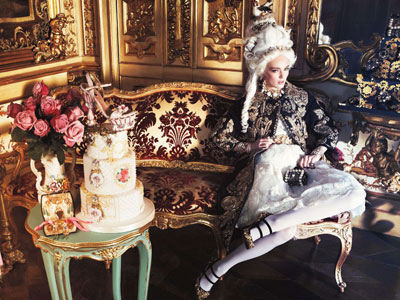 Appeared in Europe in the 17th century, Baroque also influenced painting, sculpture, music and dance.
For me Baroque in fashion echoes Baroque in literature which blend contraries, fiction and reality, grotesque and sublime, lie and truth and witch is characterised by abundance is details, depiction of colours shapes and scent. I like when clothes become stylistic devices and running metaphors, preciosity in language as in garment. 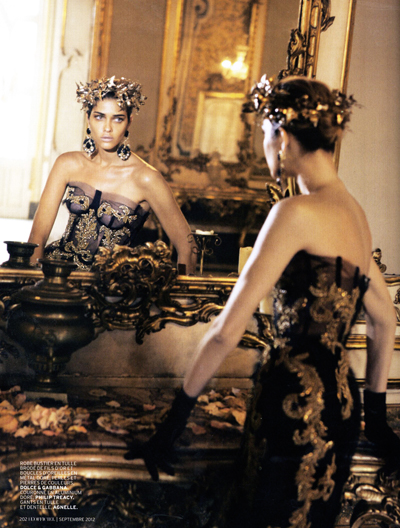 Death is on of the main theme of Baroque, I see this necklace as a mix of memento mori and tribal like trophy of victim ennobled by the preciosity of nacre. 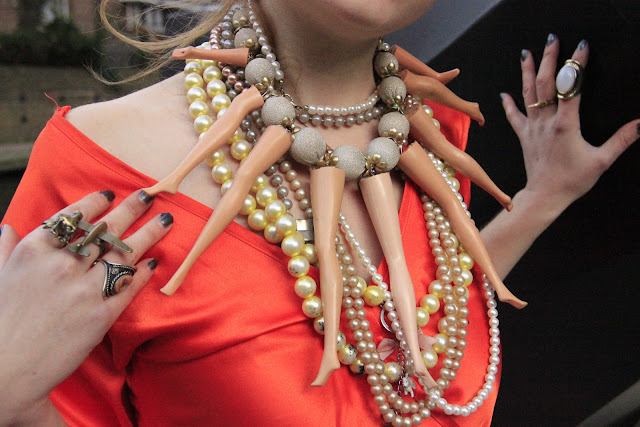 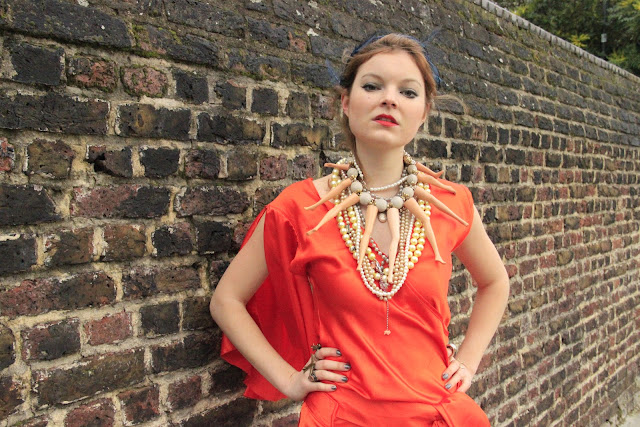 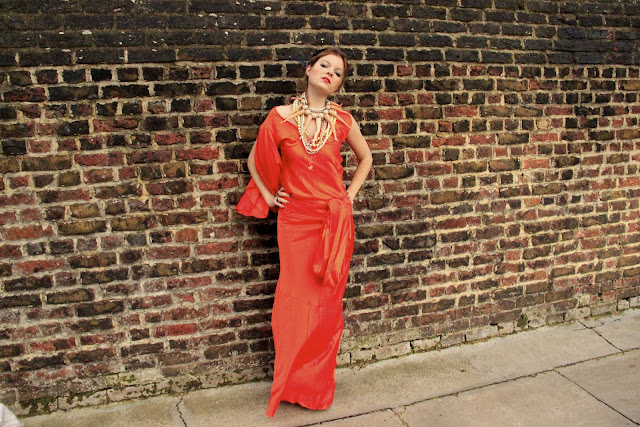 I like the fact that in theatre you can wear costume which look really precious like a Queen outfit which is actually made in really cheap material with fake pearls and acrylic stones.  I think it's a really good way to deal with the financial crisis!

Baroque come from a portuguese word "barroco" with means "irregular pearl" I like the idea of the "irregularity" the imperfection, the asymmetrically, even of the monstrosity. In painting, pearl symbolise femininity, luxury and even lust and I find it a very noble material to use in garment. 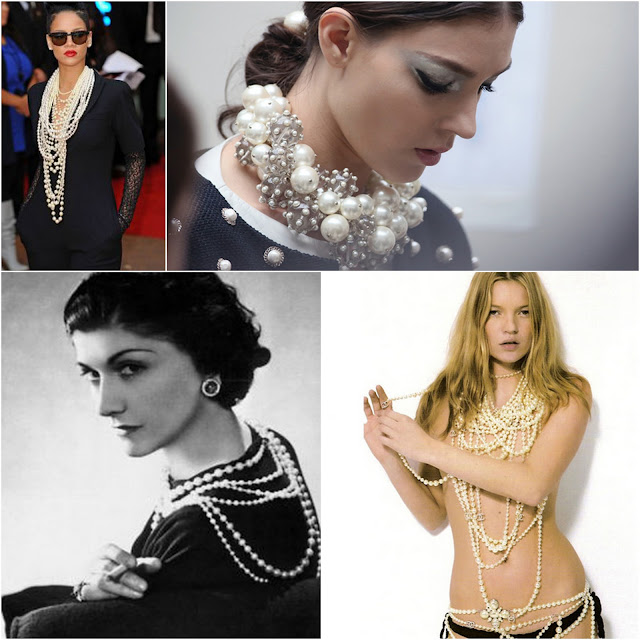 I have always liked accumulation of pearls. I like wearing my pearl necklaces, or bracelets all together. At school, when  I was frenetically taking note, it was as  santa claus sleigh was crossing the classroom with all its bells. 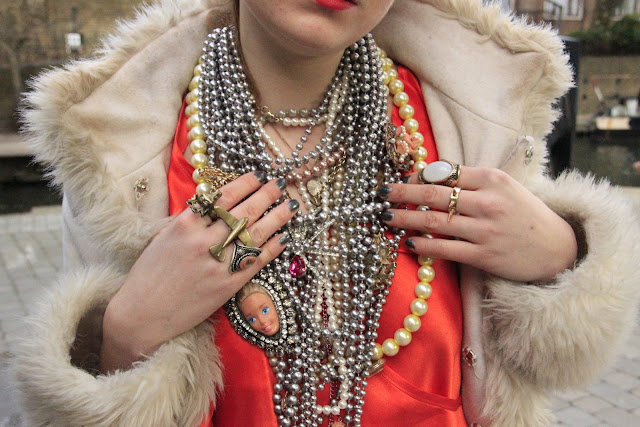 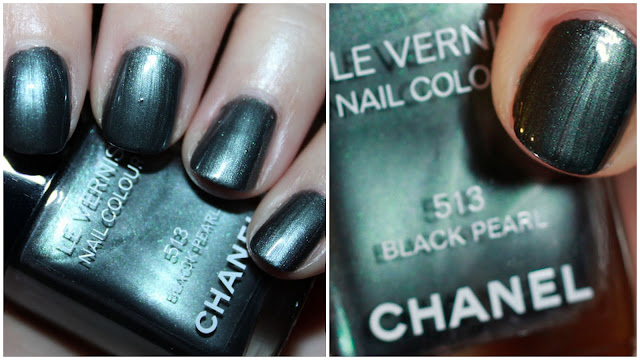 I'm not really fussy about nail polish but I like wearing the Chanel black pearl one, it's just that I find the idea of having your nail the same colour as a black pearl really poetic. 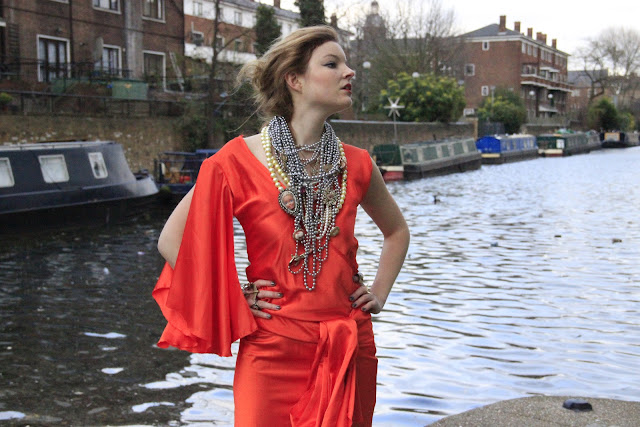 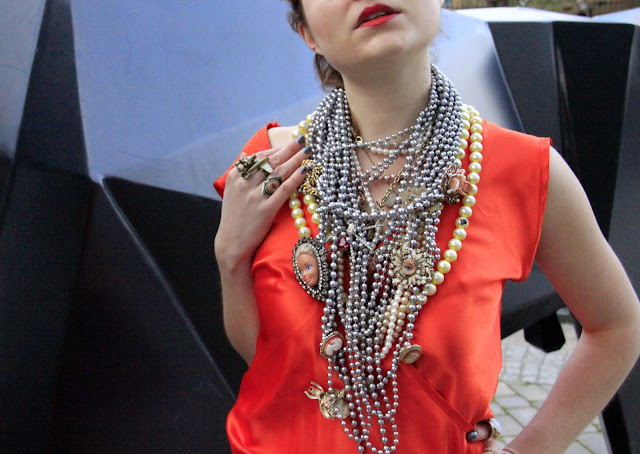 TOO MUCH IS NOTHING. Pearl had a really posh connotation but the fact of being overladed with them refers more to bling style of American rappers, a good way to join contraries and see that social classes have some common points when you reach the extremes!