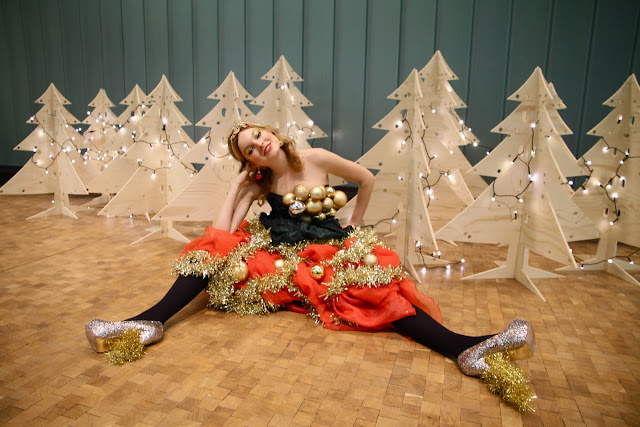 I'm not a big fan about all the fuss around Christmas but I really like christmas decorations. I like the fact that everybody puts an effort to make something special to mark the occasion.
When I was a child, I was fascinated by Christmas showcases at the "Galerie Lafayette" and big store on Hausman Boulevard, full of magic and enchantment. Streets seem to be rapped in a gigantic curtain of glistening light, and everything adorn itself with velvet red, forest green, gold and glitter. Sometimes it's really too shiny and showcases of shop look like Indian tuk tuk but I love that debauchery of fairy lights! 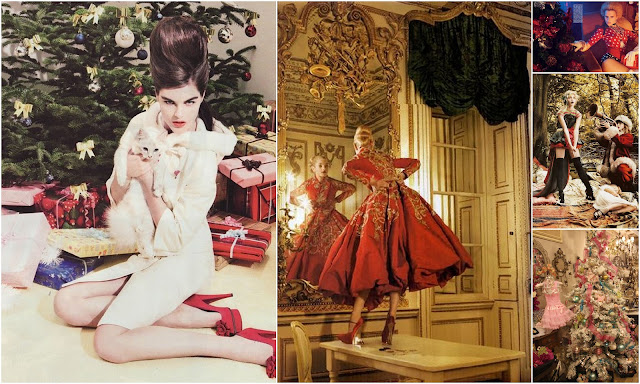 Some people seems to take it as the competition  of the most decorated (and kitsch) house. From my window in London I can see the house of my neighbours, their is so many flashing lights that it's like you are at Aphex Twin electro concert, (I don't want to know about their electricity bill), actually it could be quite dangerous for epileptic persons. And as a special extra they have a fake santa climbing on a illuminated ladder. 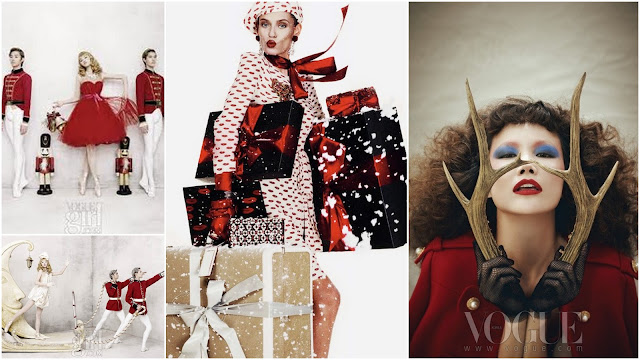 For this christmas dress, I resort to the same technic than with the balls dress but this time, I used golden ones, and I stitched some gold tinsels on the skirt. 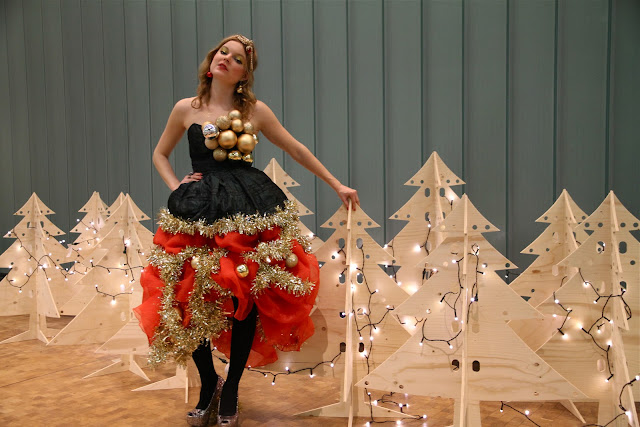 A child  asked me "is it real christmas decoration"? (why are they always make stupid questions…)
I made this dress for a christmas/birthday, I went to Tesco to by a bottle on the way (quite hard to cycle with this one, a piece of tinsel get caught in my wheel),  the security guy took some picture with me, and he wanted me to stay  to promote  the christmas shelf… but i had to go to my party.
When you dress up, you put a touch of whim in people everyday life, breaking their monotonous routine, you bring to people something unusual that they didn't expect. 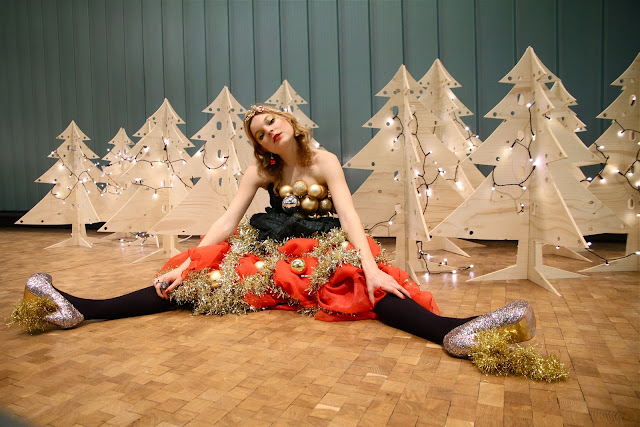 Then I found the fairy tale little red ridding hood from Charles Perrault quite christmassy with the red cap and the forest setting.
The aesthetic inspired fashion like the Chanel N°5 christmas TV spot or Valentino well-know for its red carpet dress. 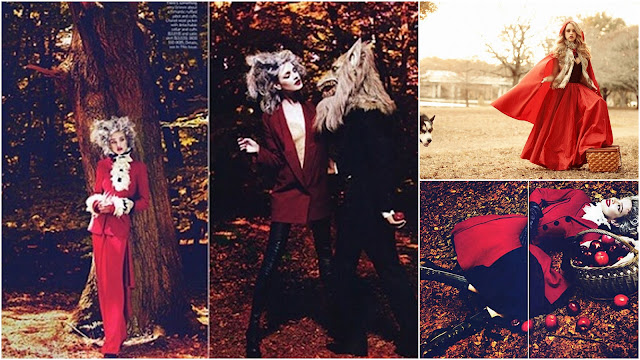 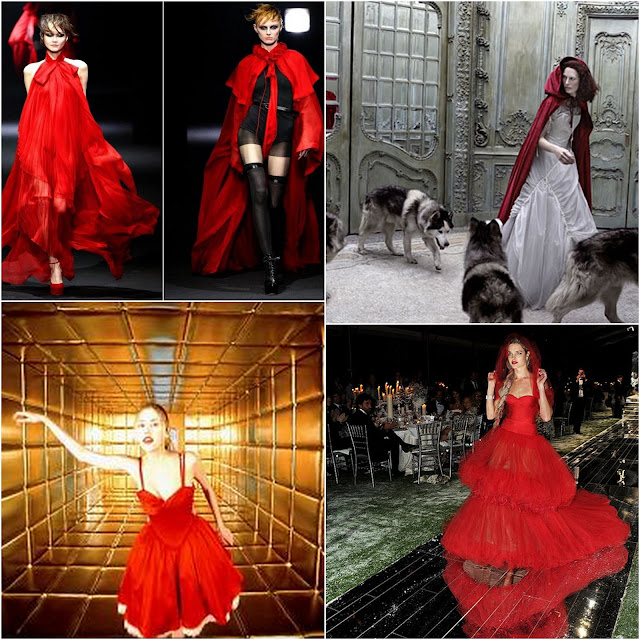 With my friend Constance Doyle, we did a first version in 2010 in a snowy park near Paris 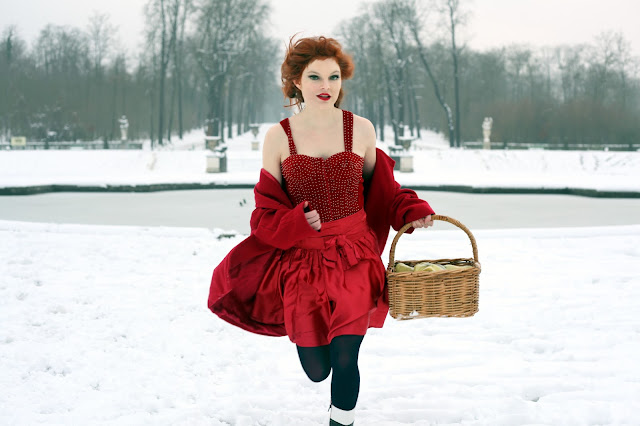 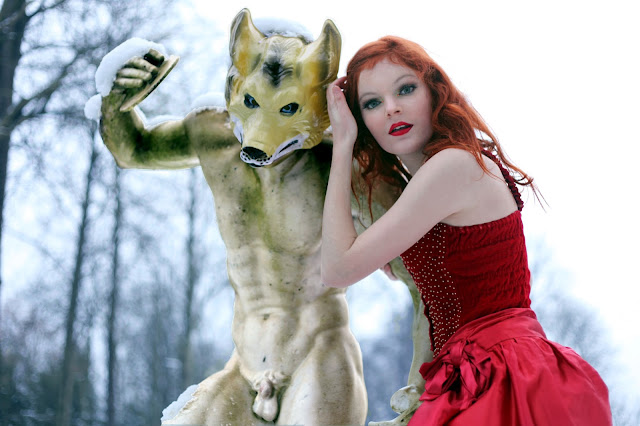 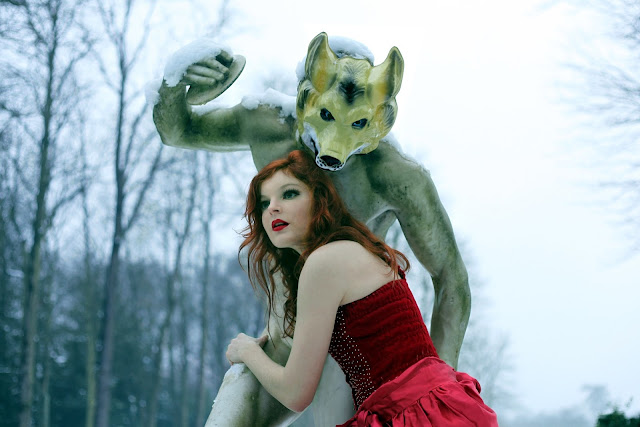 The 2012 little red ridding hood version is more British , the picture are taken in  Covent garden with my friend Wei Da, the most christmassy place in London for me! 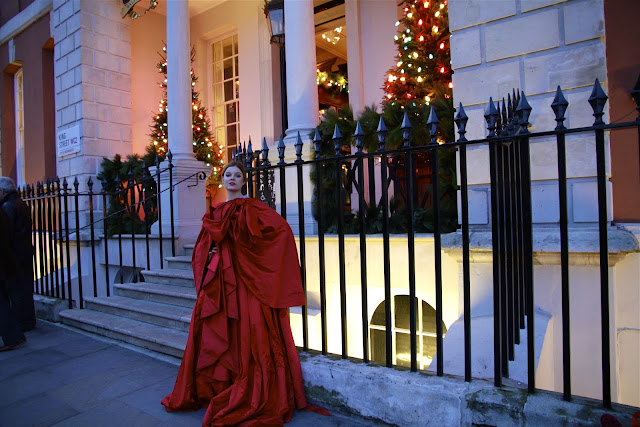 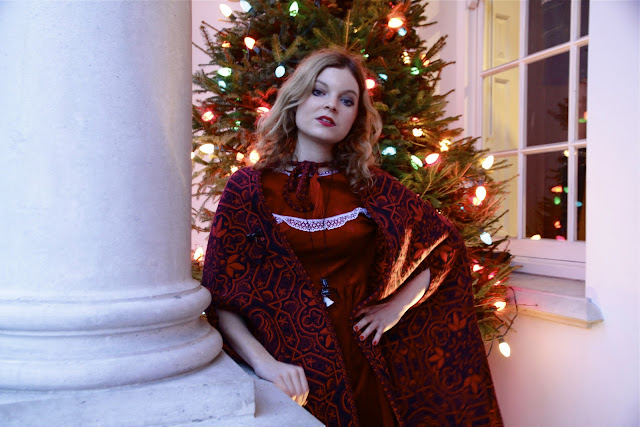 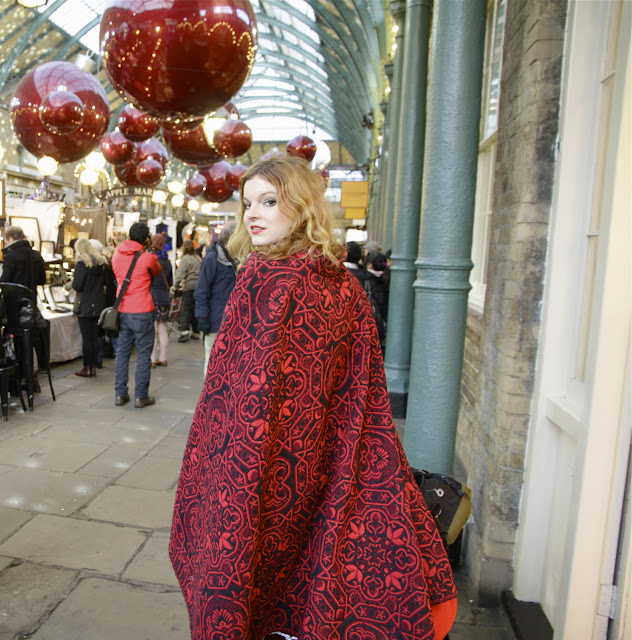