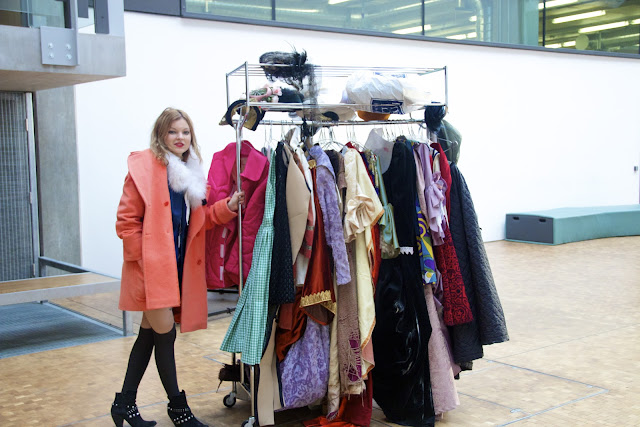 Last year for the show "Aide-Mémoire" that we created at Central Saint Martins, we experimented the Quick-change costume technic. Quick change is a performance style in which a performer or magician changes quickly within seconds from one costume into another costume in front of the audience. Obvioulsy we didn't break the  world wide records of Sos and Victoria Petrosyan able to change 16 costumes in 120 seconds , but a really important constraint in the conception of the costume and in the performance itself.

Ennio Marchetto, uses only cardboard and paper for his costumes and wigs and can change into over 50 characters in one hour.

Clothes haves to be as simple as possible to put on, no button, no hook,  only velcro and press studs.
Then you have to rehearse again and again in order to acquire some automatisms. Dressing up become like a choreography and you have to be really precise in your gestures if you don't want to end up naked on stage. You have to think really carefully about the order of different layers, eliminating props or accessories which take to much time to put on. 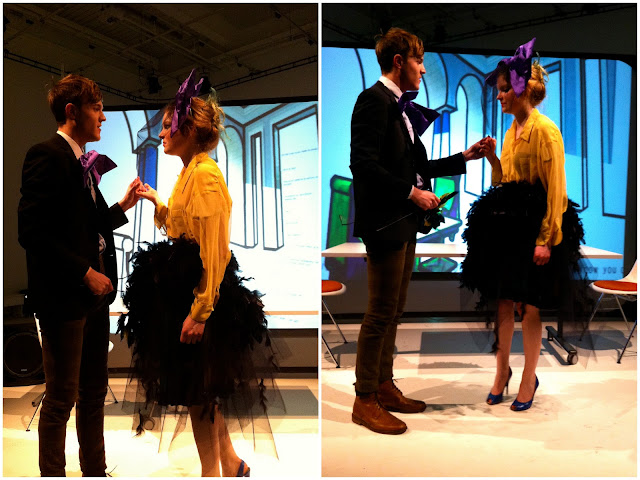 Everything was pre-recorded so If you do a mistake, you miss the timing, or you arrive on stage half dress holding your skirt in order not to fall so audience focus more on your hand on the skirt than on your actual performance. 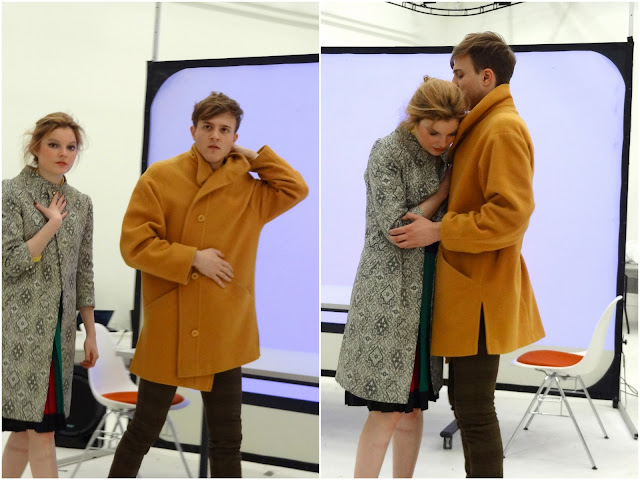 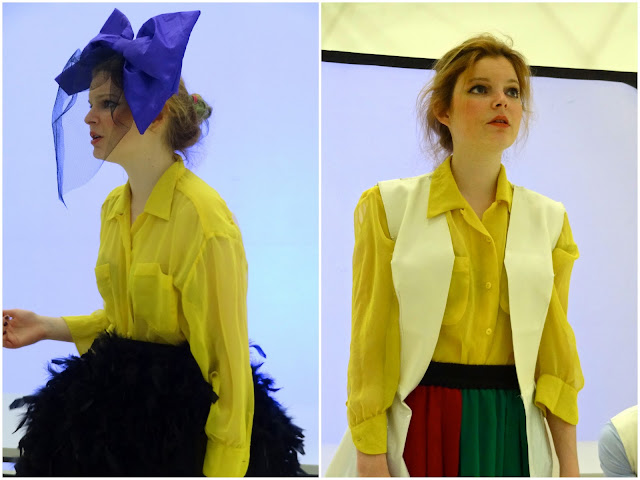 Basically, we had 5 scenes of about 2 mins with 5 different outfits. It started with a long men shirt with an other and an elastic coloured skirt rolled up underneath. The yellow shirt was a kind of base you can play with, adding things on the top. Simon the other performer had many layers underneath and seemed a bit fat(!) 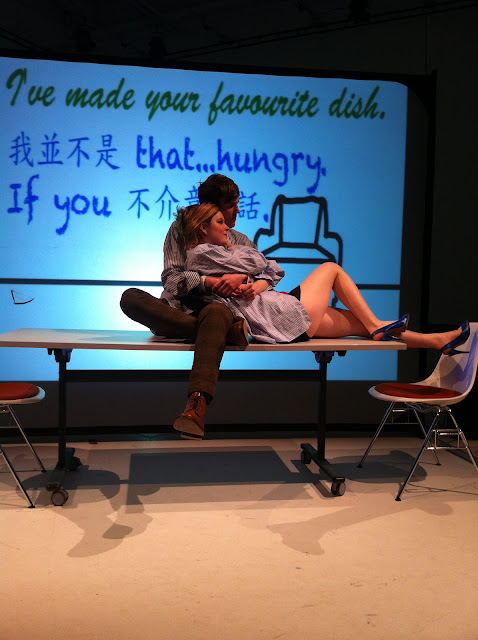 With Yueer, the costume designer we made a one piece party dress with feathers which could be attached on the top of the other skirt just with velcro. 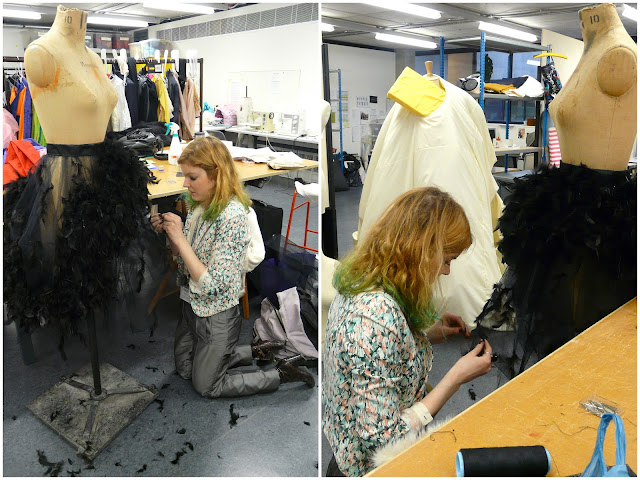 Then we had an hospital scene we had some PVC white coats on top of everything to remind medical blouses. 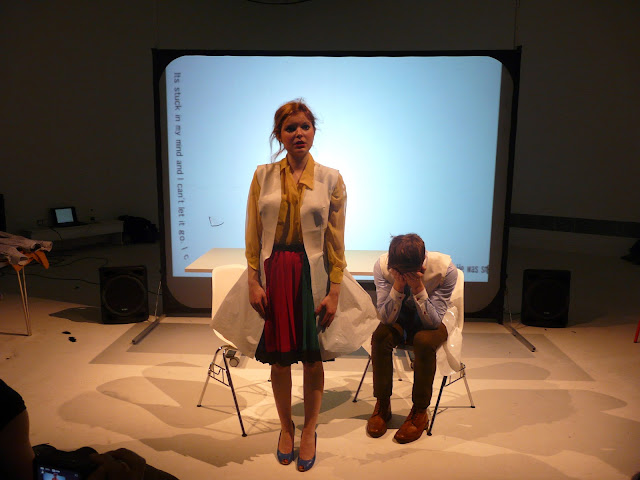 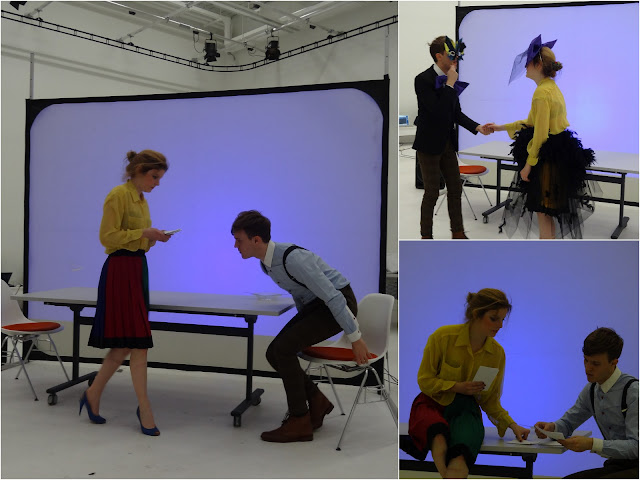 We also needed an assistant to help you dressing up in order to make it quicker. It remind me when I was late to too school dressing up and I was dressing really quickly, putting my clothes revered attaching Monday with Tuesday.
Publié par Anne sophie cochevelou à 12:55