Creepy is the new chic 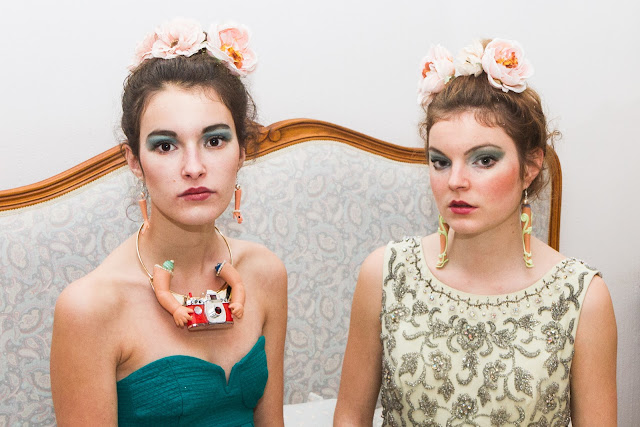 I like weird, strange,  odd, bizarre stuff. I like the fact you see something beautiful from far and when you come closer it's becoming really disturbing.
I like cabinet of curiosity atmosphere, full of  incongruous stuff, dark places which smell stuffy and naphthalene, place a bit too quiet where you feel ill-at ease. 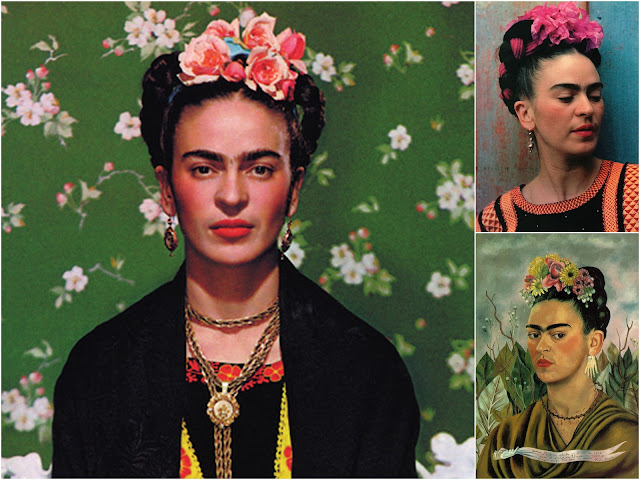 For those pictures, I got inspired by Frida Kalho famous for her dark surrealist universe and  fixing her hair with flowers and Sofia Coppola movie Virgin Suicides (1999à for its seeping and unsound atmosphere, and its mid tones and ethereal aesthetic. 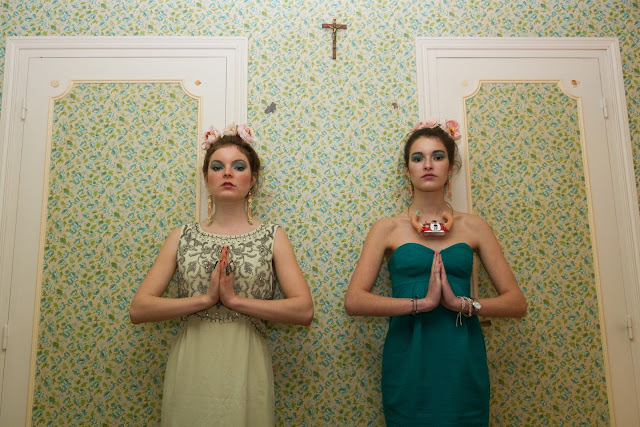 My father took theses pictures of my sister and I in my grandmother house (Ma petite enterprise familiale ne connait pas la crise! ). This place is full of memories from childhood, flowery wallpaper,  and "aboli bibelot d'inanité sonore", the kind of place with a really particular and specific atmosphere like a haunted house by ghosts of the past and reminiscence from a bygone era. 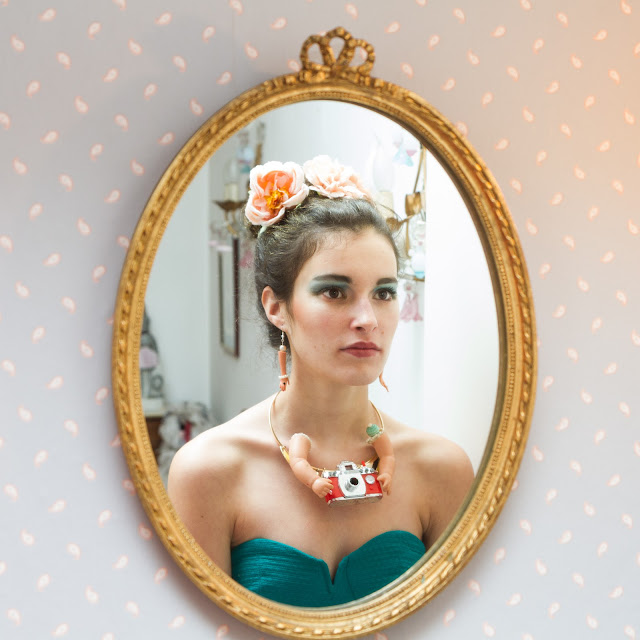 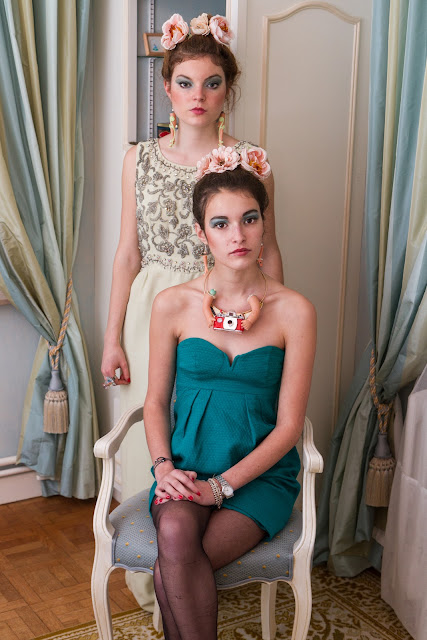 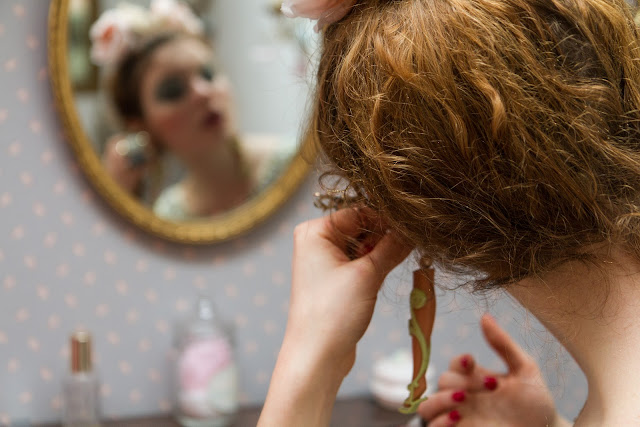 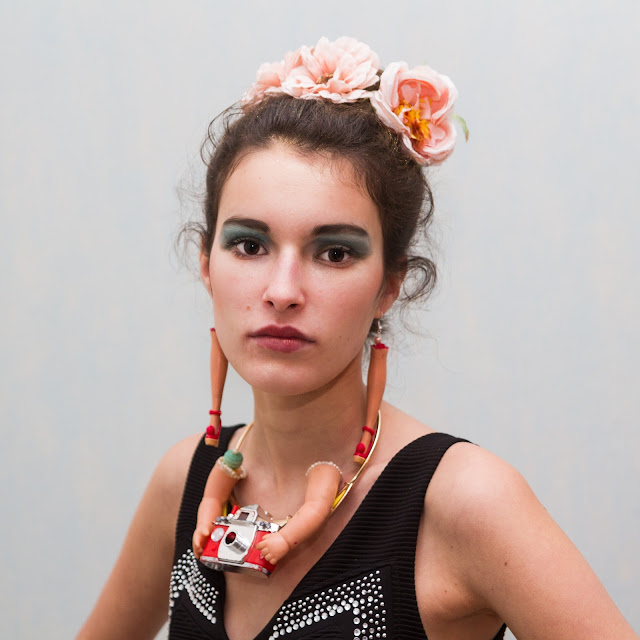 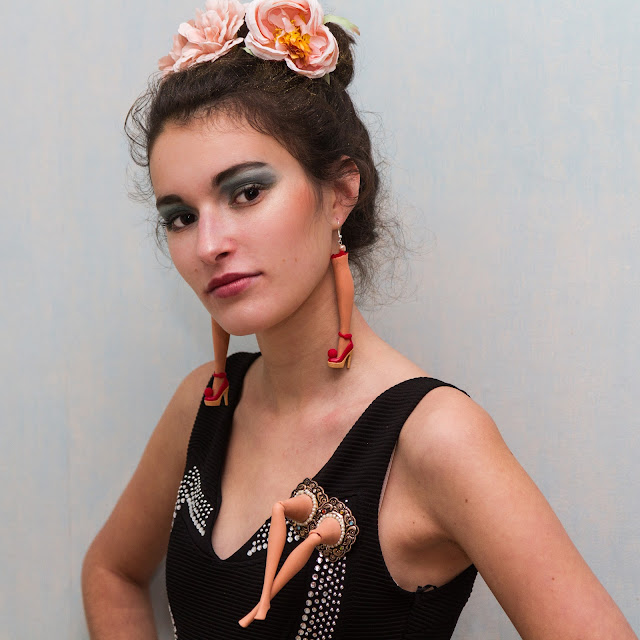 During Christmas holidays, I went to the retrospective exhibition Salvador Dali in Pompidou centre I rediscovered Dali, I knew him just for its soft-melting  pockets watches, and I was happy to see that he was one of forerunner of performance and that he was doing a  lot of happening in the 70s, using a lot of dolls and mannequins that he was destroying for making pieces of art. 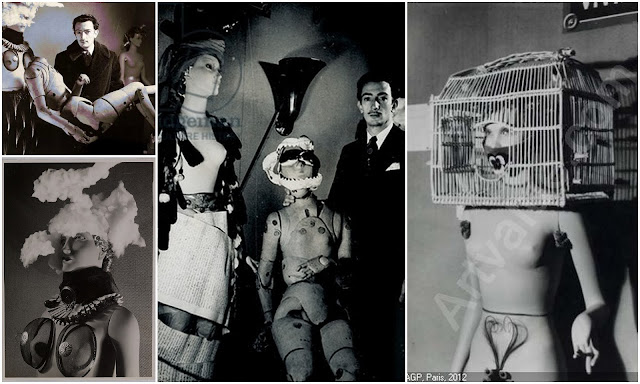 I got also  inspired by Tideland Terry Gilliam, 2005 Tideland where a  abandoned girl creates a dark imaginative fantasy life with the aid of dismemberedBarbie doll  heads that she often wears on her fingertips. With names such as Mustique, Sateen Lips, Baby Blonde and Glitter Gal, the doll heads not only engage in long conversations with Jeliza-Rose, reflecting different aspects of the girl's psyche, but also act as her companions while she explores the barren Jutland landscape.

Can you see what is wrong with those Barbie Dolls?
....
Look closer 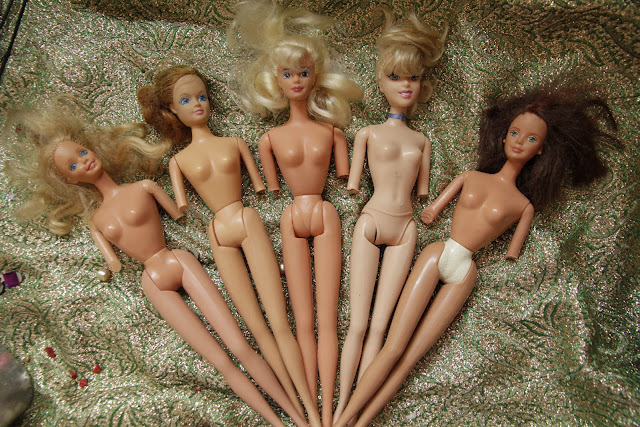 I met the artist Sue Kreitzman, she is using a lot of barbies in her piece of art. Because sometimes, people who are a bit shocked ask me "why are you wearing dead barbie and" and I wanted to know if people reacted in the same way with her. She told me" I think barbie is crossing her middle like crisis because she is sixty, she is tired of being a pretty silly girl, it's not a death it's a reborn life, when you use them in a jewel they seems so happy she is just trying to be something fabulous."

And last but not least, the return of the dolls jacket. I think Catherine is one of the best person to wear it with her crazy, wild burlesque style. As a child (and even now) I found clown really scary  with their white face and their big smile and I guess it's a trauma shared by a lot of people because every time I talk about it with friends they say they feel the same about clown!  She creates this character of this sad clown who give an even more creepy dimension to the jacket. 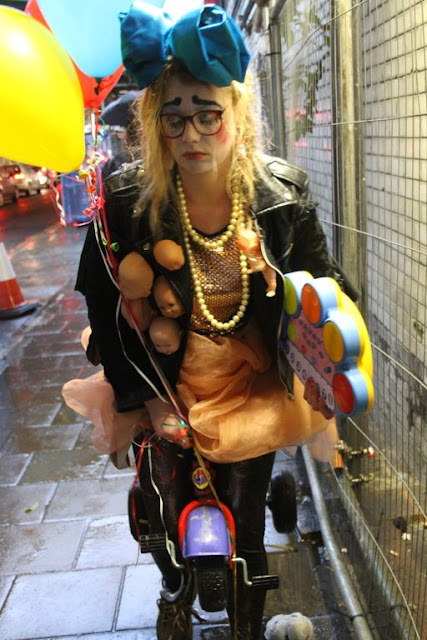 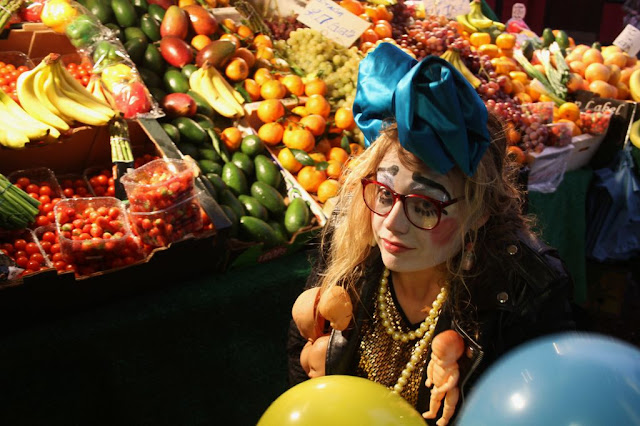 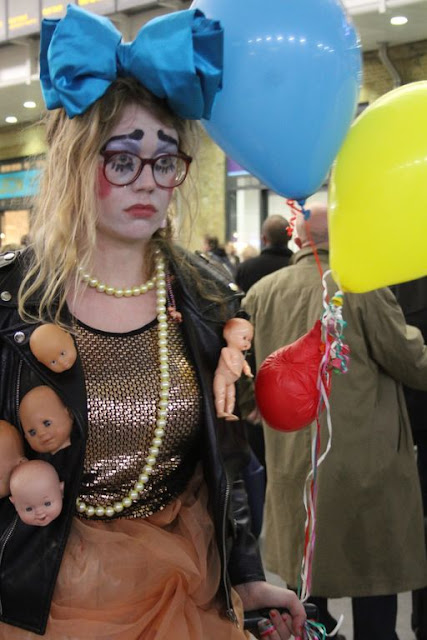 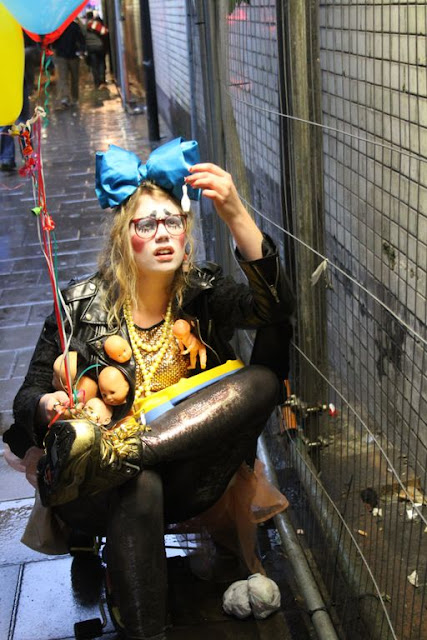