One of the craziest request I ever had; "I would like a fake grass skirt" with all my animal farm of when I was a kid stitched on it", do you think it is possible?  -Yes of course (at this precise moment I had no idea of how I will do it but I like challenges).

First i had to find the best fake grass in a carpet shop (imagine the face of the sales assistant when I said it was for a skirt and not for my garden).  Fortunately I had the expertise of Vanessa Murell a very good pattern cutter and the help of Petita Lachatrose.  I
It was quite an unusual material to work with, heavy, quite hard to stitch in and very messy (I had bits fake grass all over my place).  I love the idea to divert the purpose of the fake grass and turn the human body into a walking landscape. 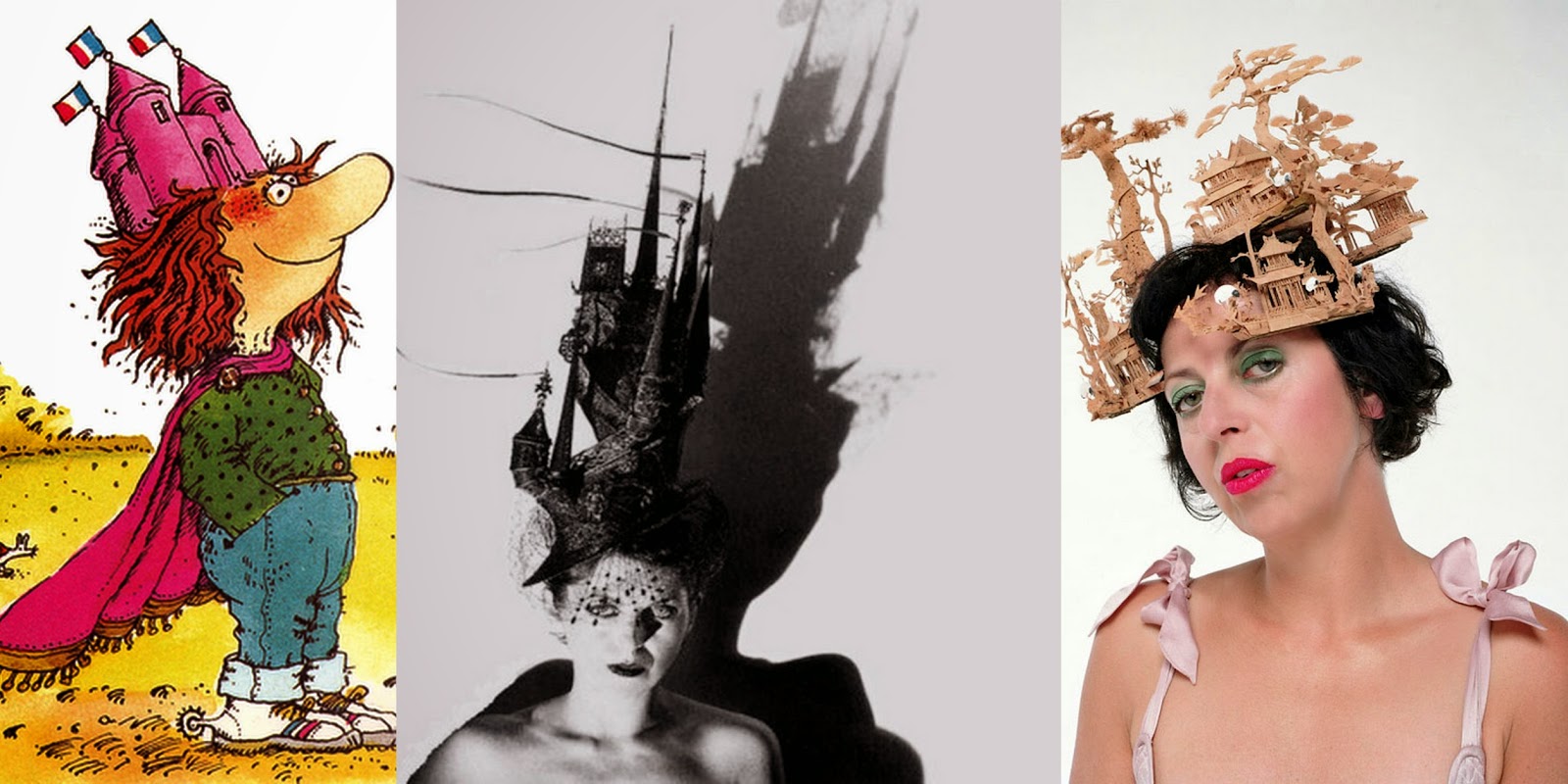 To match the necklace I created this pink castle headpiece (a dolls castle found in a pound shop that I turned into a hat).  I was inspired by Isabelle Blow crazy headpiece and a hero from my childhood, "Motordu Prince"  who wears a castle on his head (in French a "chateau" instead of a "chapeau")

This is the new piece I made for Sue Kreitzman, a Mexican aesthetic with beads & pearl on a leather base plastron.
I found theses miniature dolls with a soft body on which I could embroider heterogenous objects and beads in order to turn them  turn into Sabbath Queen and Mexican & Aztec Goddesses.
Bar 90 organised a club and a movie night around the documentary about "Bar 25" a famous club in Berlin throwing very extravagant parties which had to shut.

The invited circus artists and I though it was an occasion to experiment further with my white dress performance (read the article on my blog). I designed this more circusy totally white costume.

To play on the concept of white I create this white version of Frida Kahlo headpiece and instead of putting my pearl necklace around my neck, I pinned them to my headpiece (you need a lot of pins!)  to shift their normal position. I also created to pearl eyebrows to become  a "Pearl Goddess".
The headpiece is a mosquito net  found by my Mum in a charity shop.  I wanted to turn into my own Circus tent!
The idea was to turn the outfit of the sad clown, the Pierrot in the Moonlight into a more flamboyant circus costume through the interaction with the audience covering it with paint & glitters.

The  First reaction was  "Are you sure you want to ruin your dress It would broke my heart".   But I felt it was  the  purpose of it, linking to the tragic destiny of this Berlin club. This is the essence of performance, the luxury and the generosity of the ephemeral show which in a twinkle of an eye,  destruct a beautiful costume that took ages to make. From flamboyance to decadence. 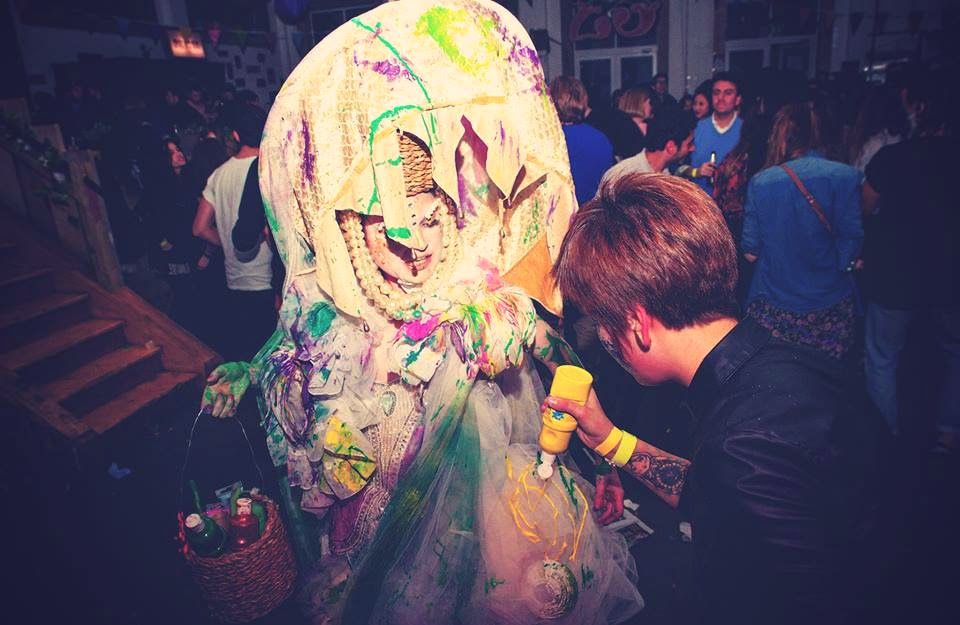 As always to finish, the Info point. This week I am in the French magazine, Le Point about London.  The comment is the more stupid I've never read. Paul Smith is just an old man that doesn't understand anything to the 21st century trends, he is the flagship of a boring, conformist and commercial fashion arousing all the  brainwashing prejudices of mainstream fashion magazines. 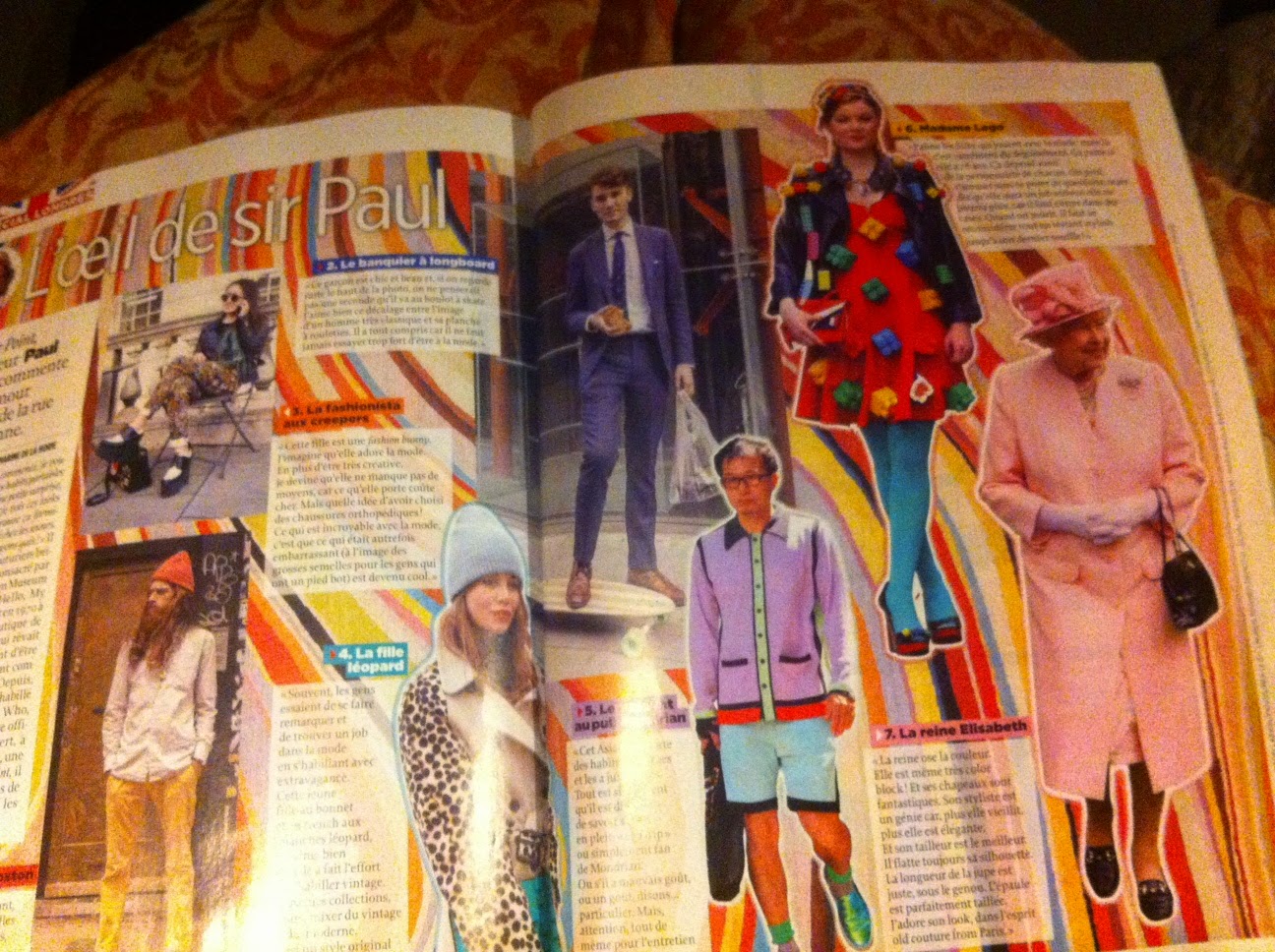 At least it provoked debate around my Facebook community who praised individual style and celebrated self expression so I am happy to say that "disapproved by Paul Smith" is my new trademark…and also I am just next to the queen! 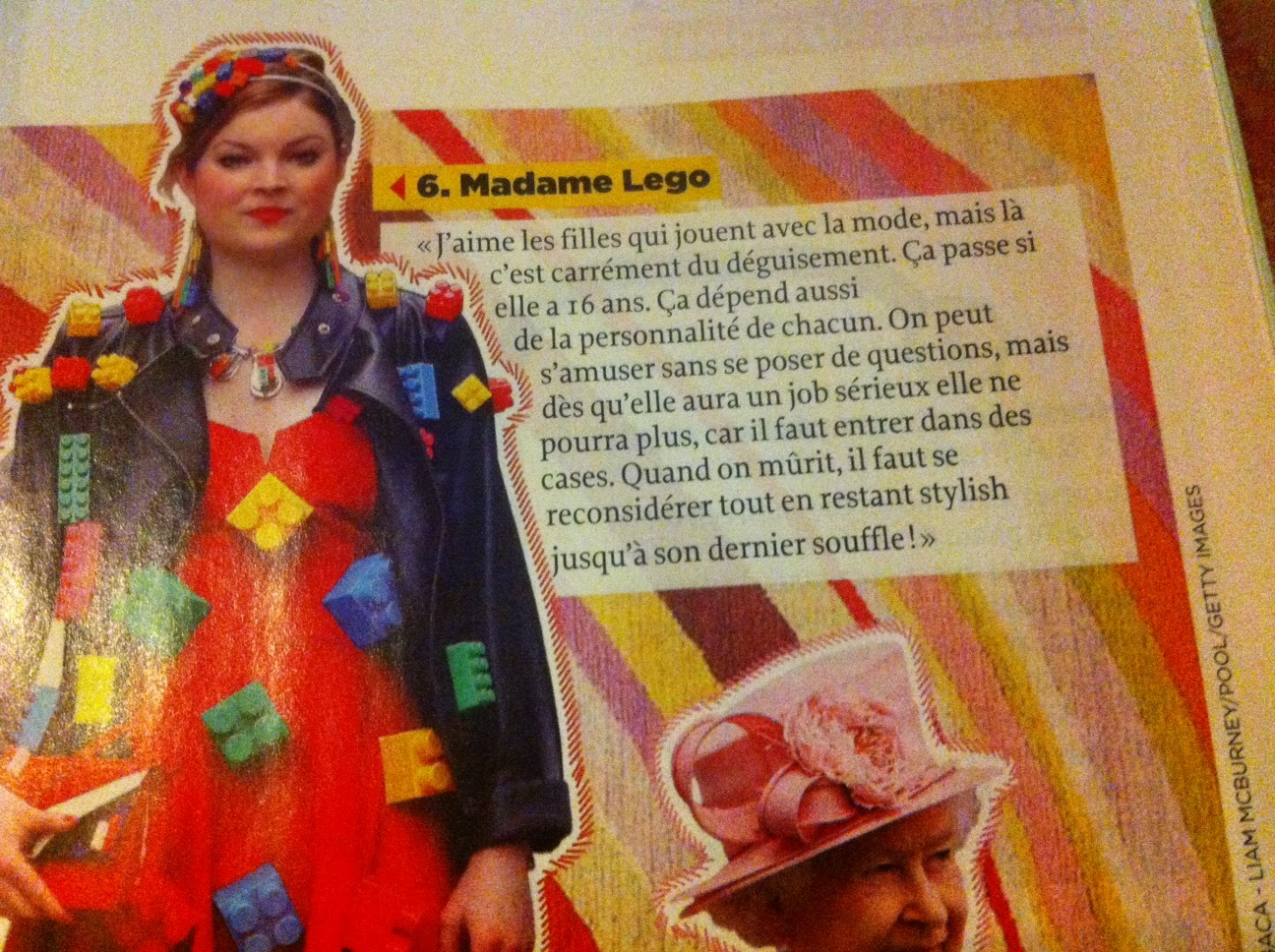