Would you go to a hairdressing salon called "Butchers"?

Of course yes! Mastering the art of hype haircut, all the colourful hair of Shorditch are stamped "Butchers"
When I saw a status on facebook about them looking for someone feeling the space of the window, I immediately thought about my creative partner in crime Loulou Reloulou to collaborate on a project.

The necklace are with barbie brushes and combs or vampires to link up with the hairdresser theme. The idea was to play with a common reference object.

I already worked with hair and wigs for my last Halloween performance (see the article on my blog)  using barbie hair, mainly blond, re-enacting Yoko Uno cutting piece by inviting the audience to cut some hair of my dress creating an evaluating garment according to the audience's cut of scissors.

With theses dress, I tried to push the idea a step further  using colourful syntactical wigs. I created 3 dresses to respond to the triptych   composition of the window. Each of the three dresses correspond to a different hairstyle: the fringe one, more 20s style, the long raid hair extension one, more unicorn style and the plate & dread locks one, more sexy and organic.  Which one is my favourite?  I love them all!

Loulou made her psychedelic and pop drawing and to create a connection and a narrative she made this little dolls, that we hang on the ceiling, with big red extension, linking dresses and different of the window together.

It is a very weird  and tricky material to work with, with a very different behaviour than the fabric you have to pay attention to hair doesn't go everywhere.  A friend saw me during the process "I don't know you had a cat now" Oh no, I am just making a hairy dress! fortunately I had the lovely Eve Smadar helping me for the plates one!

We used this performance as recreational and atemporal  moment, recreating our own microcosm with our own conventions  inventing new games, hide and seek in a big colourful spider web, frenetically  brushings dolls, my little pony, each others dress, shoes, eyebrows, everything except the natural hair.


"A colourful playground, full of hairy monsters and psychedelic dolls, where hair grows on dresses and candy haired toys are butchered.

At the beginning we wanted to invite the customer to cut the dress, to reproduce on the dress what they are experimenting on themselves"


The three performers looked like a mix   between punk version of the 3 Parcae,  female personification of destiny, controlling the metaphorical thread of life of every mortal and immortal from birth to death and a colourful  Edward Sissorhands on acid. 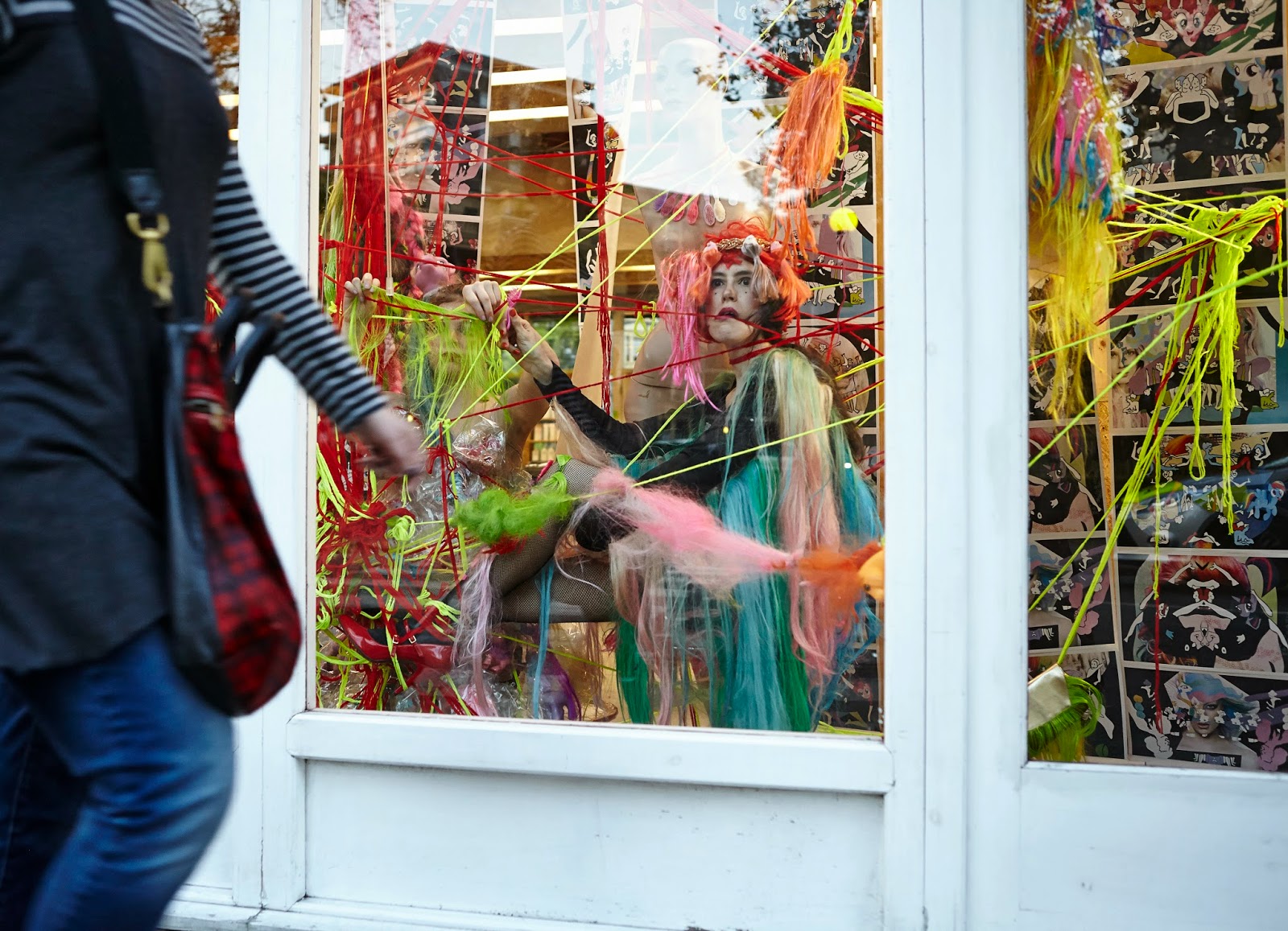 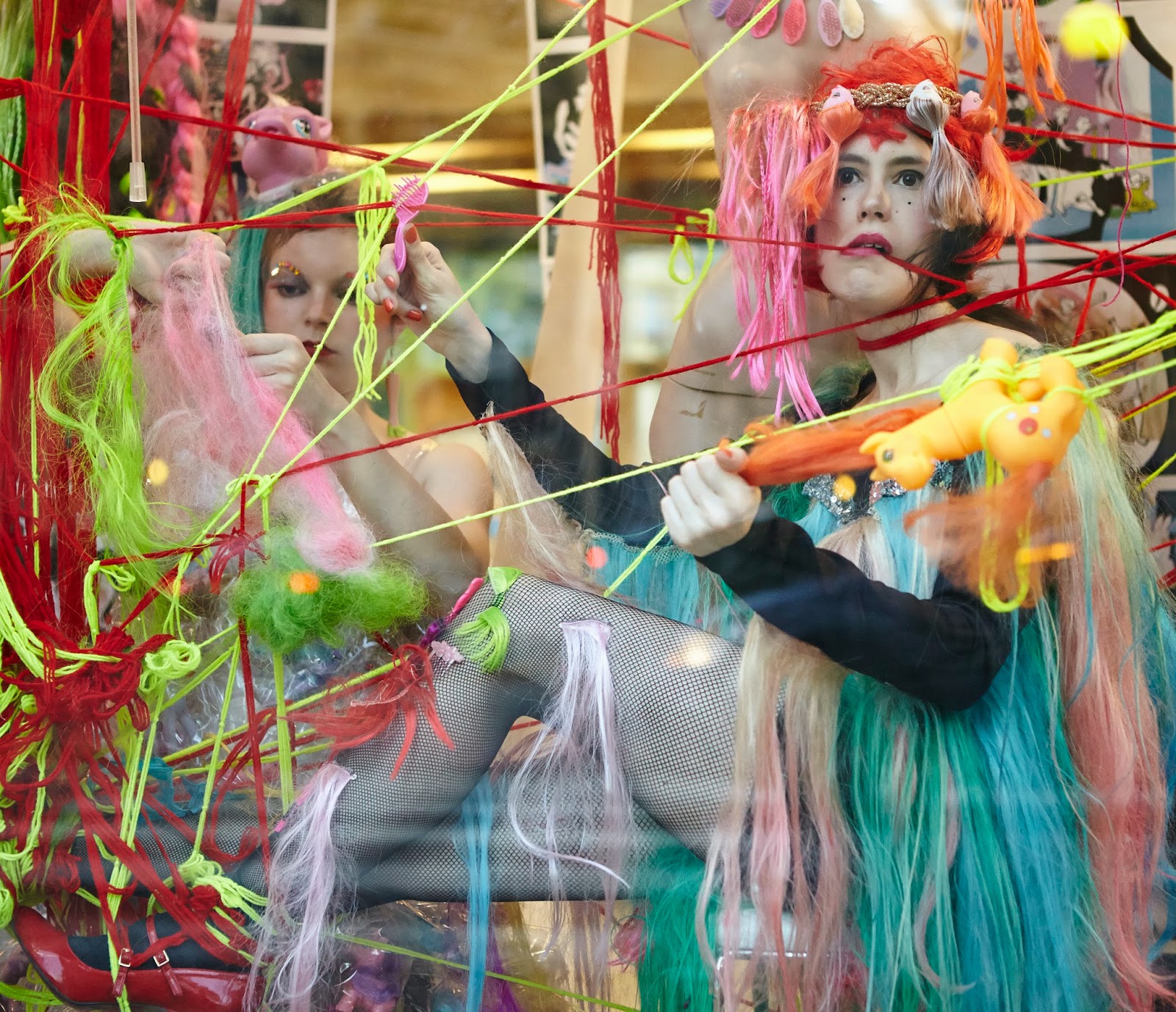 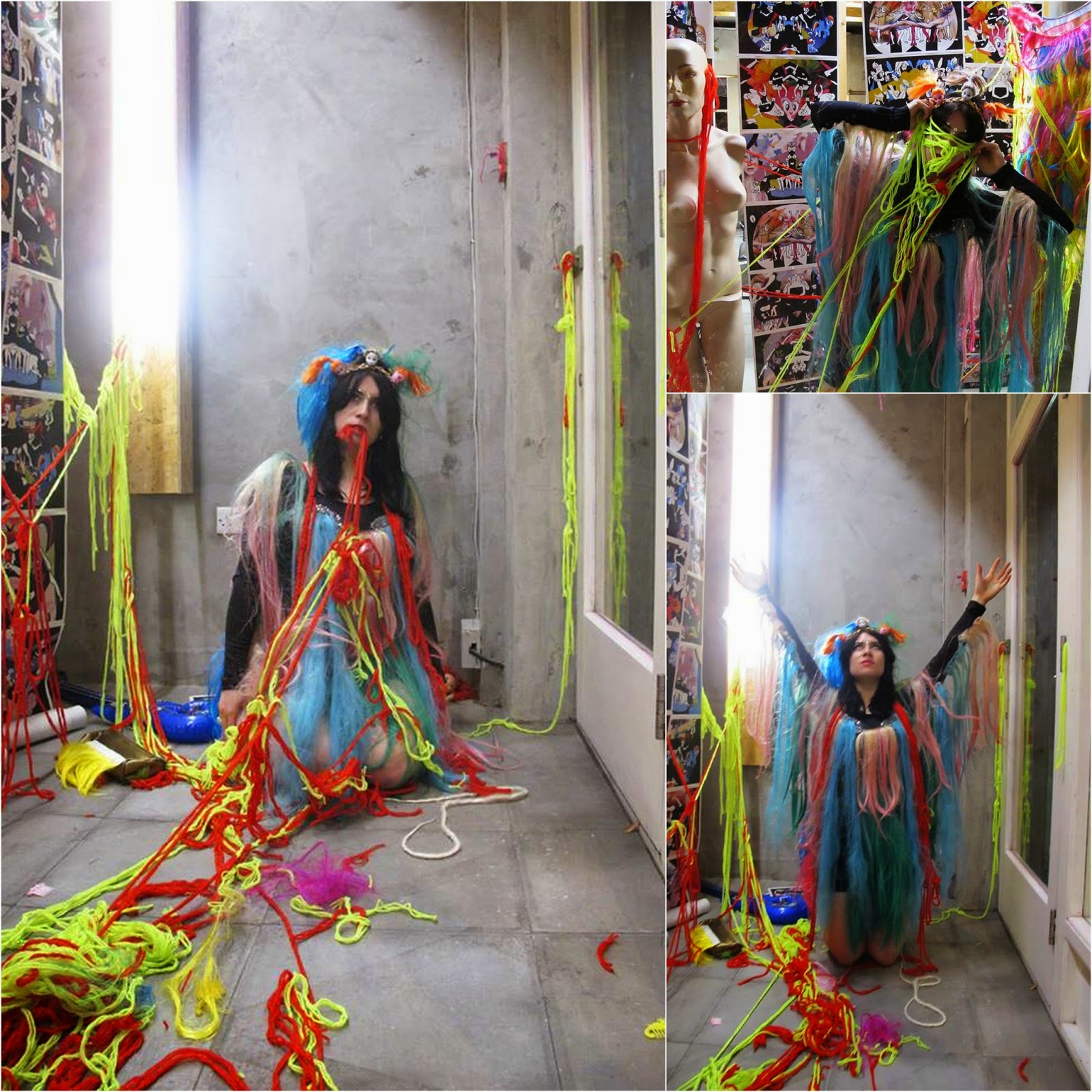 Alternating movement and stillness, this performance plays around the concept of the uncanny, this blurred line between the animate and the inanimate, the dead and alive playing on the ambiguity between mannequin an real actual human being. 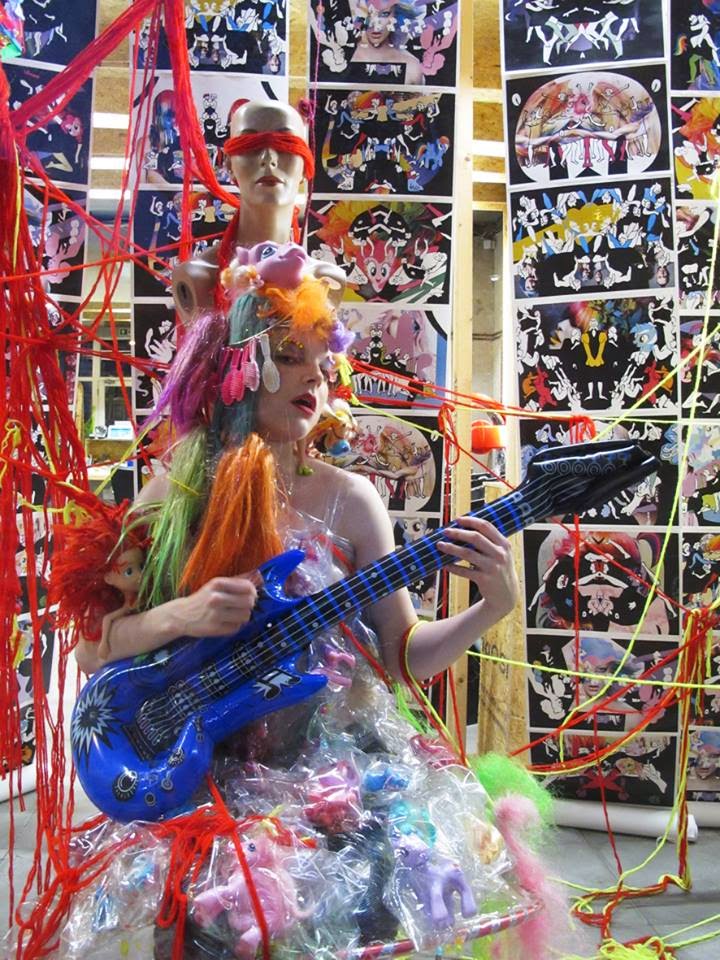 You could see people startling realising it wasn't mannequin on the window but real girls.  It was an interesting experimentation around the interaction.  what is more engaging for the audience when we engage directly with them or if we interact just between each other. 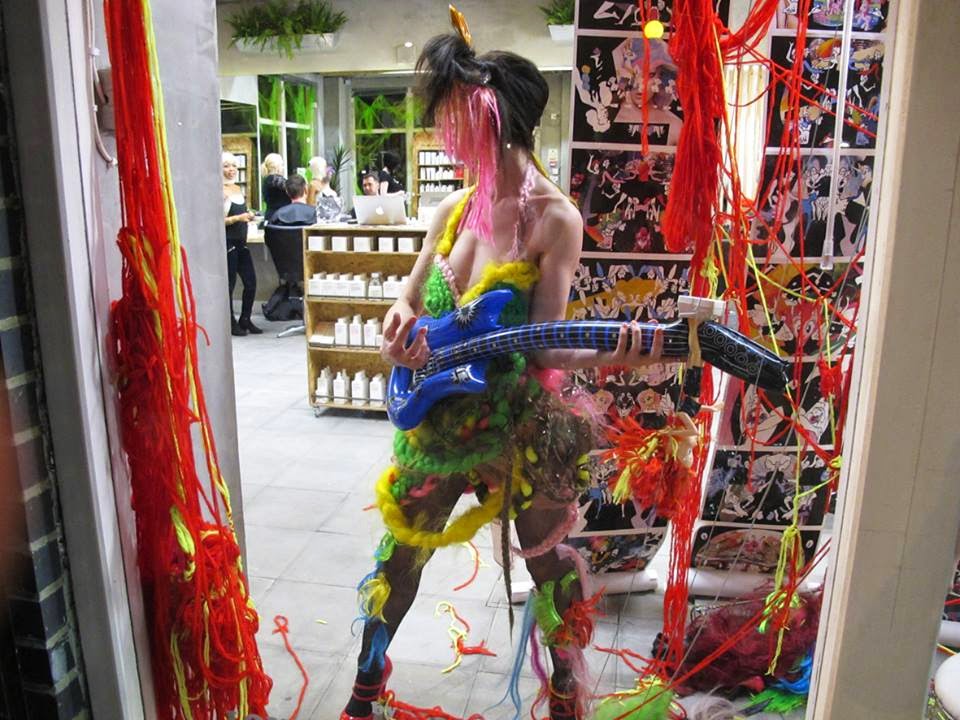