Flower of concrete in Dismaland

I originally made this outfit for a costume party in Paris on the theme "dress as something starting with a C", In French number is "chiffre" so i just decided to dress as a chiffre.

I created this ruffle collar (helped by Kasumi Kishi).You may have notice my design include a lot of ruffle which actually may translate a lack of designing skills, as when I don't know what to do, or something is not really finished… I just had ruffles! The are all hand stitched and the foam numbers are then glued one by one.

I found this sparkly vintage dress in a car boot sale, it was a bit expensive for my weekly car boot sale budget, but with my sequins addiction I couldn't resist to acquire an umpteenth shiny dress! So fabulous that it actually as been stolen by a drag queen a club night.  I changed to get into my performance outfit and 20 minute later I saw a drag queen wiggling on the dance floor in a glittery dress that looked like mine.  My heart skipped a bit, coming closer I realise it was actually MY DRESS. I compelled the night creature to take the dress off immediately. For her defence she said she though it was left to be taken for free.  A dress of this quality?  I don't think so.  Whatever, as my goal in life is to be impersonated by drag queen it was quite successful in a way.

I actually grew in the outskirt of Paris  and the vital link between Capital and my home place was the RER, the suburban train.  It crosses terribly depressing places, decrepit high rise estate from the 60s, industrial zones, gigantic work areas. I have done a lot of shoot with a postcard background, Montmartre, Trocadéro, Notre Dame… but with Anthony we thought it would be more interesting to create a contract between the beautiful, graceful light costume and the heaviness and gloominess of the concrete in an hostile urban environment.  The fluffiness and round shape of the costume also clash with the straight horizontal and vertical  lines of the rough architecture.


We went exploring on our  bicycle, luckily we found a spot near Nanterre Université station, a kind of disaffected stocking zone, …and we didn't get into trouble!

Back in London, I found the number outfit was a perfect costume for bingo hosting as most of the job is calling the numbers.  It is a bit of a ultimate paradox for me as I use to be very bad at mathematic at school and didn't wanted to deal with numbers anymore! So I made a black velvet bow for Simon and a matching jacket, is it not cute?

Accompanying the release of the Beauty of the Beast Disney, we decided to organise a Disney bingo theme at Number 177 with some kitchy Disney prizes and dub step Disney song remix.
For the costume I wanted to make an adult version of the Disney princess dress I wore as a child.  We all know this tragic situation then we realise we don't fit anymore in our princess costume, as a kind of loss of innocence moment.  My idea was to keep the original dress as a kind of relic from the past and add some PVC plastic on each side to fit an adult size. Like the theatre director Kantor in his play "The dead class", you carry the child within you as a banner. 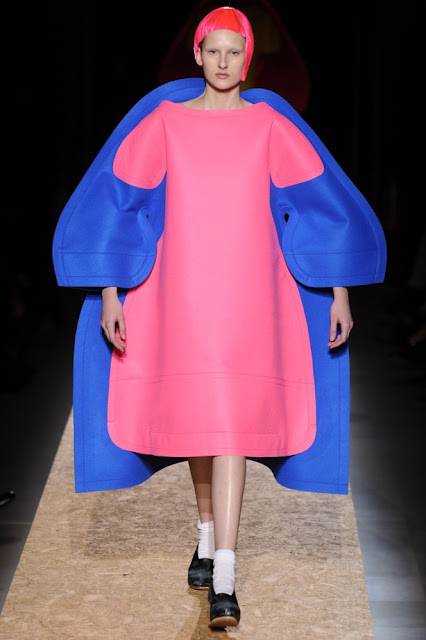 For the shape I was inspired by the  Comme des garçons A/W  2012 collection  2012, with oversized flat shapes of bold colours, like cut out paper-dolliness with a trompe l'oeil aspect, as if the dresses hasn't been cut out from the original fabric.

The plastic PVC represent something of the lost childhood, of nostalgia and remembrance by this supplement of material that show the evolution between the child and the adult body, the "added soul" and extra body you acquire with ageing.

The transparency adds a part of sexiness as you have to choose carefully your underwear, From long princessy dress it becomes a short party dress playing with the ambiguity of loss of innocence.

t wasn't planned but next the bar 177 in Hoxton, there is a big Estate of council flat. We found it quite dystopian, as in a kind of Bansky vibe with his Dismaland project, a  Disasterland for delusional postmodern millennial kids. 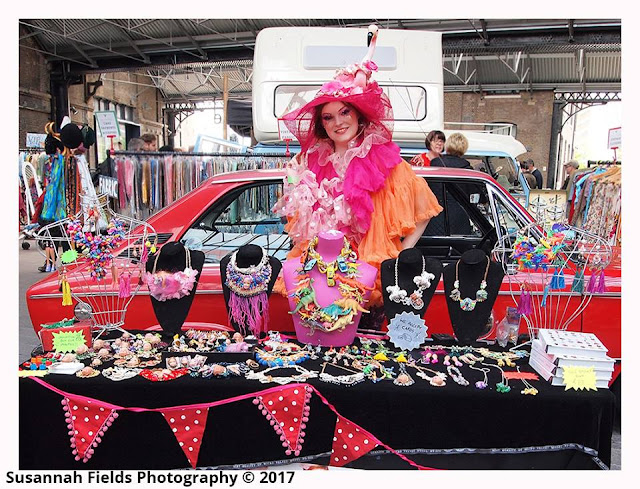 In april I took part again at the Classic CarBoot sale in King Cross displaying  the finest vintage fashion, accessories, homeware traders and designer makers all operating from the boot of classic vehicles alongside a show stopping display of vintage cars. 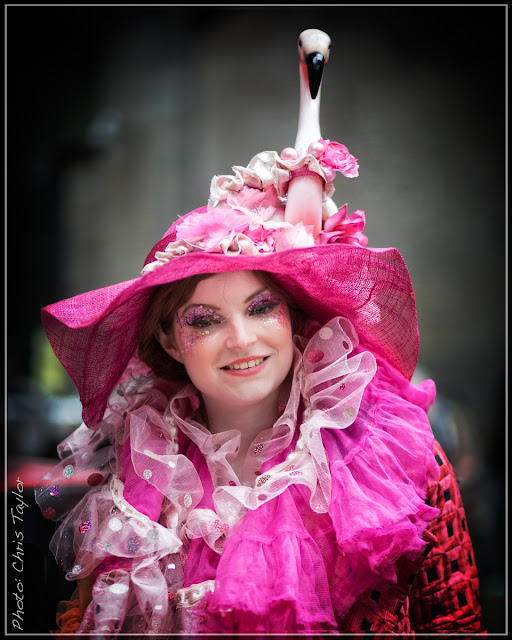 I made the Flamingo at especially to protect myself from the sun, which wasn't very useful as I was in the covered area! 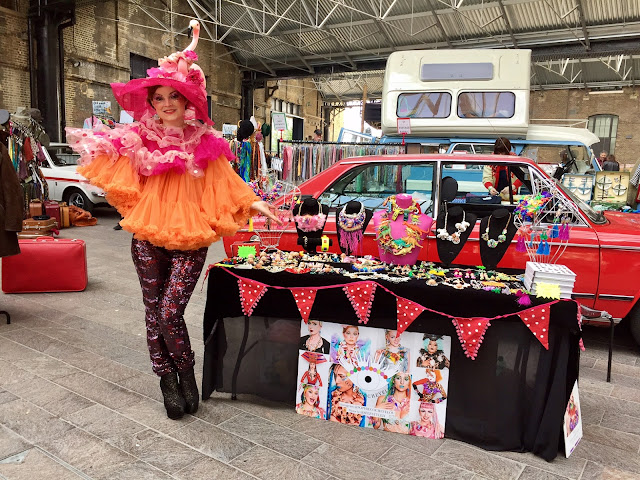 As always it was great to present my new creations and meet the enthusiasm of my new customers.