As you may have noticed, I like to make seasonal costumes for every events of the year, Christmas, Halloween Valentine day…so I couldn't not do a Easter dress this year. 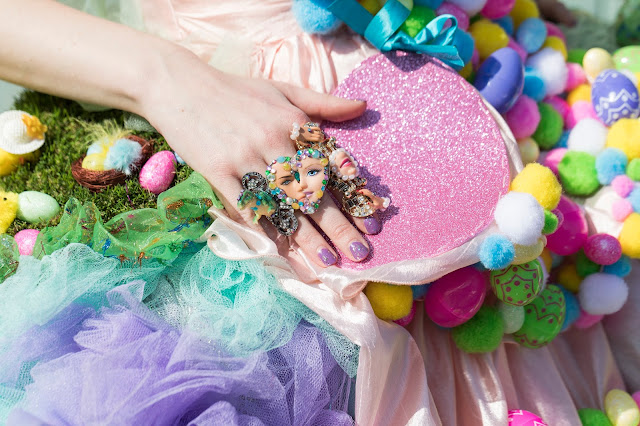 My idea wasn't to dress as a character like the Easter bunny but as often, more as an abstract concept, an allegory.  So I decided to gather all the elements representing Easter in the pagan version (colourful eggs, yellow chickens, rabbits) 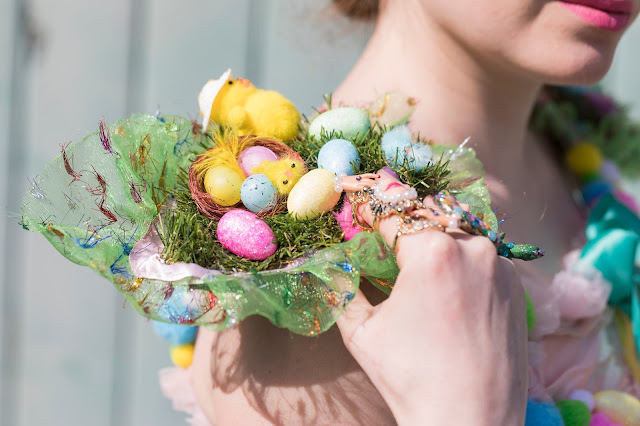 I wanted to give it a springy/gardeny aesthetic so I used some artificial grass left over from a previous projects to make shoulder pads and skirts pads on the side, creating a little pastoral scenery with pink chickens and wicker baskets. I created a path with pink, blue, green, yellow and white pompoms intertwined with glitters pastel polystyrene eggs to represent the eggs hunting. 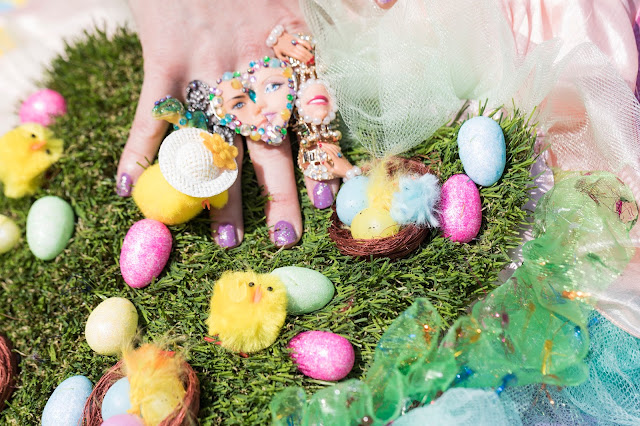 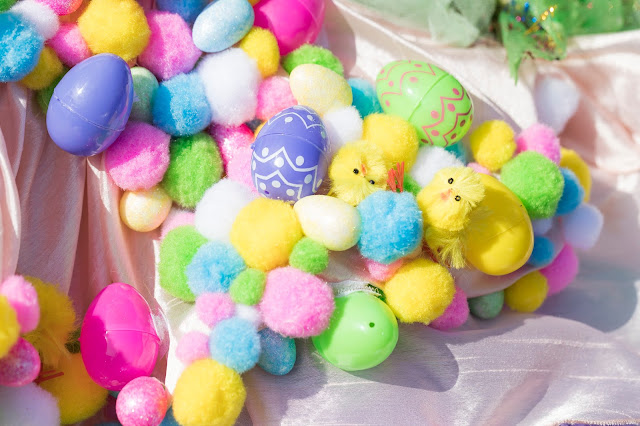 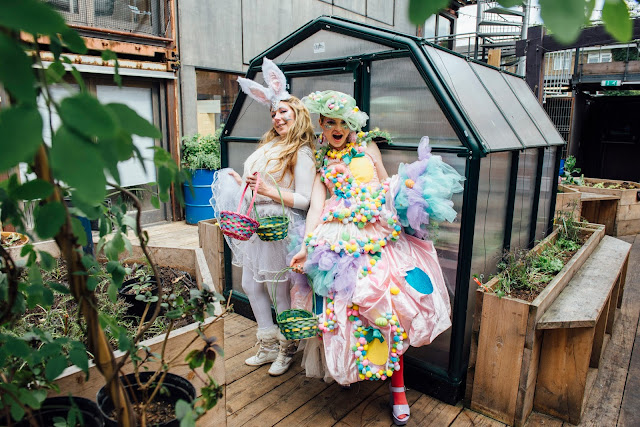 I organised an alternative egg hunt at Pop Brixton for local children.  I performed with the amazing Francesca from Mythical Menagerie, who wasn't a simple Easter bunny, but a bunny-corn a hybrid creature cross between a rabbit and a unicorn! 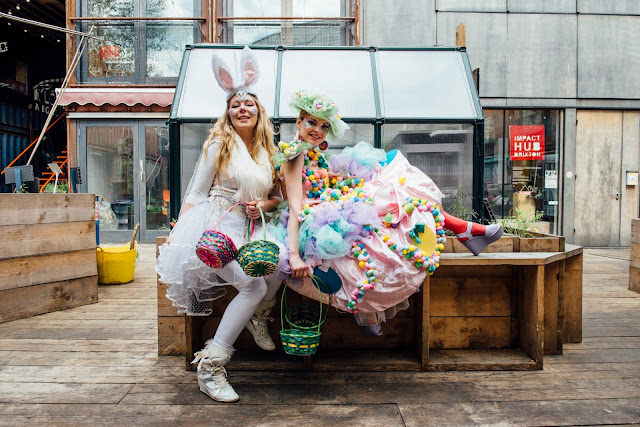 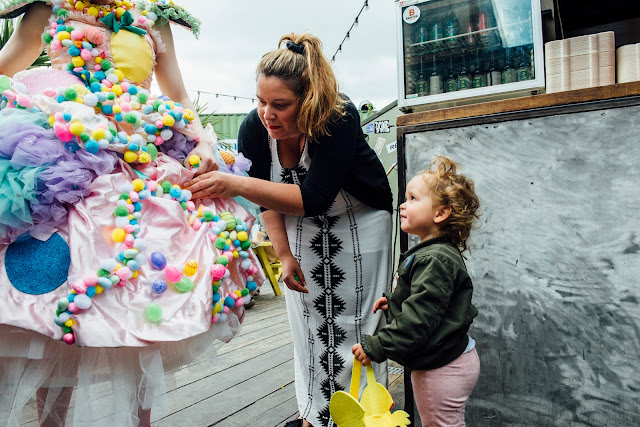 Children has to find the plastic eggs with the Velcro on and then put it in the dress in order to decorate the garments and in exchange they got an actual chocolate egg.  Some children actually played the game but some just wanted chocolate and where very competitive! 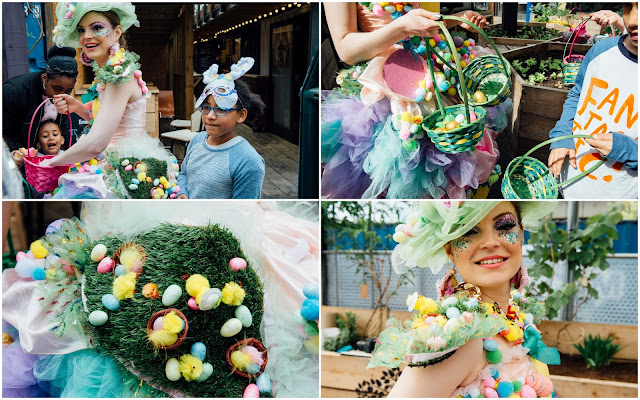 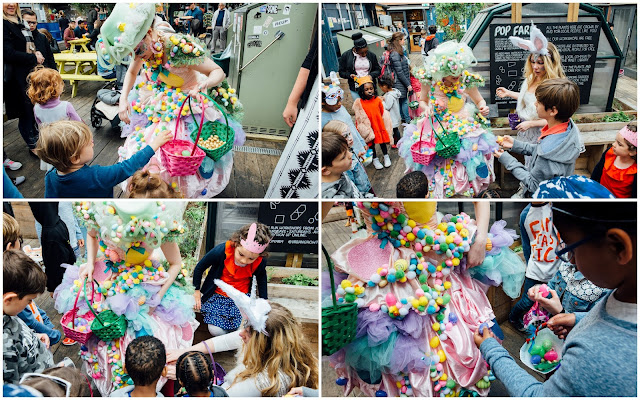 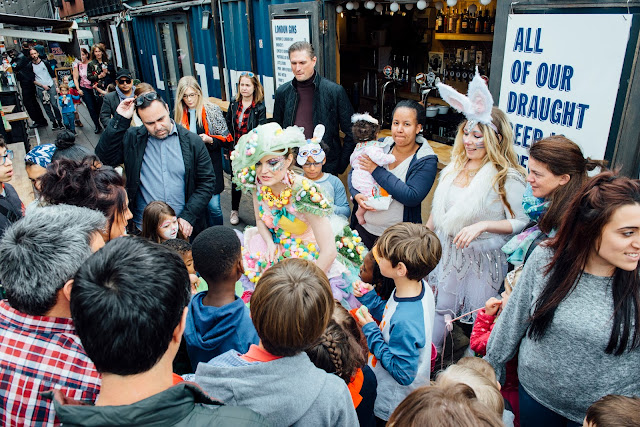 I took so long to make the dress that I had to wear it for several occasions around Easter in order to amortize it! 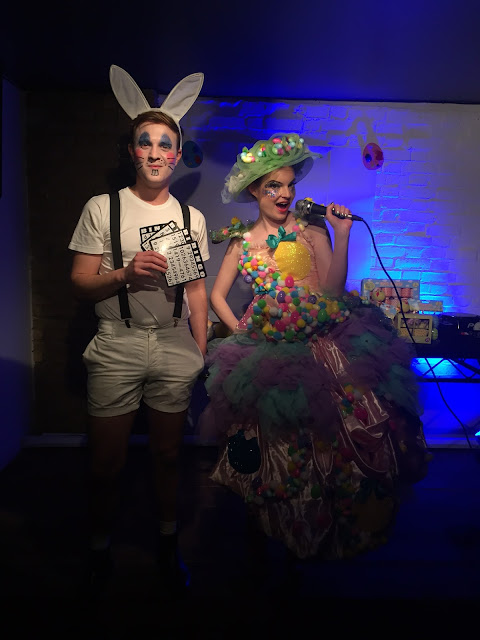 With Simon Dodi from Luxuriouxs Snacks, we did our monthly kitsch bingo at Number 177 a brand new venue in Hoxton. 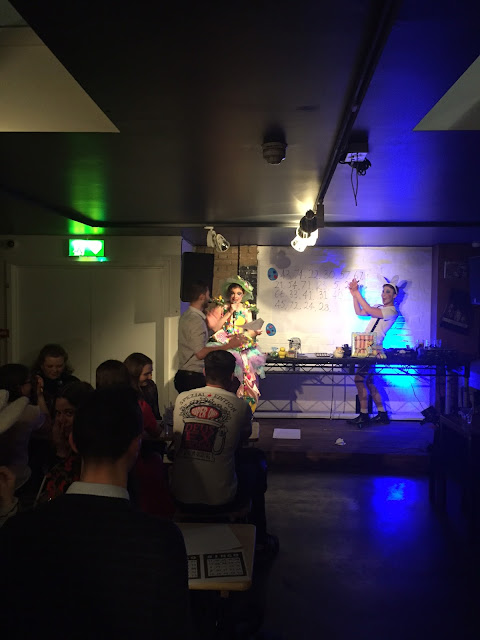 The back room as a small stage and a bi-frontal device that foster interactive performances.  Simon also became DJ-bunny B dressed as a pantomime Easter Bunny! 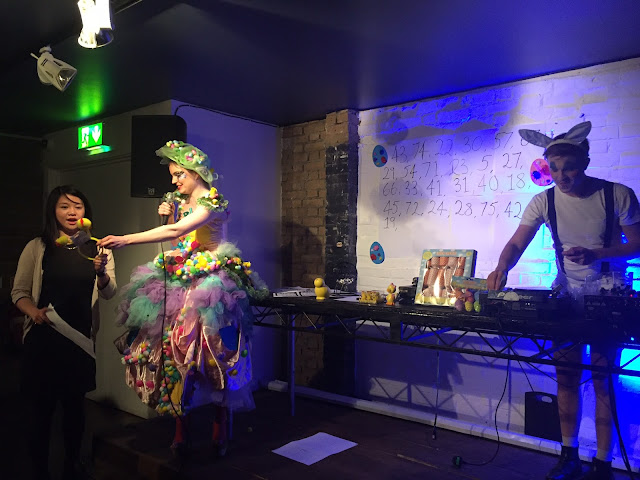 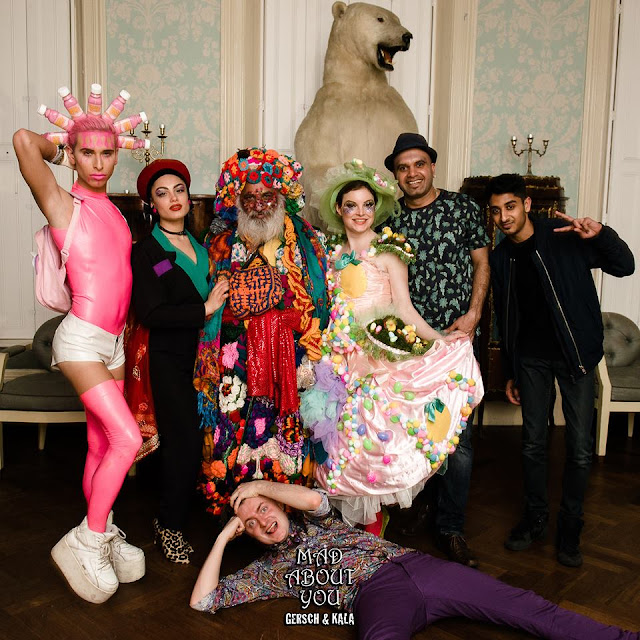 On Wednesday 12th April Soho's legendary Kala Kala and David Gersch invited an array of beautiful artists, eccentrics and socialites to experience a brand new experience of creativity titled MAD ABOUT YOU at the private Club the "Kings Head". 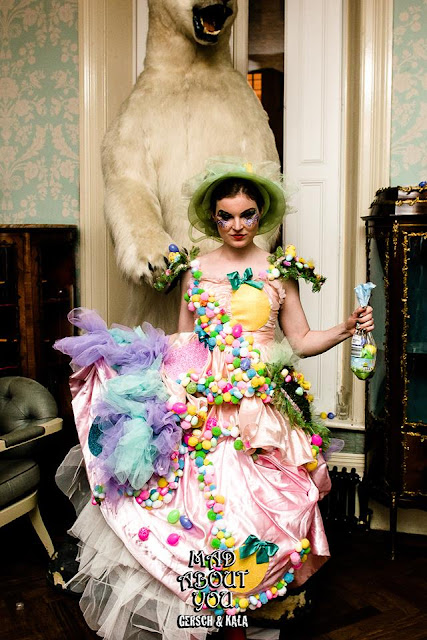 From outside, it just looks like a Old traditional Pub, but inside it is a complete different surrealistic world and decadent atmosphere. The room are filled with taxidermy and stuffed animal that contribute to psychedelic environment. 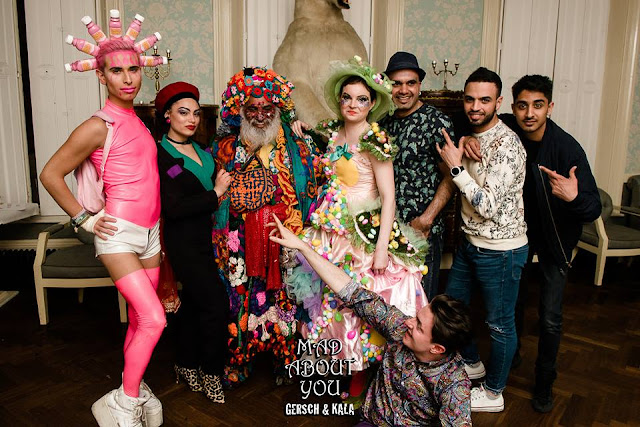 A complete different audience from Pop Brixton, very grown up children of an underworld crowd, but I can say, they are still crazy about chocolate and might even more like playing game than children! 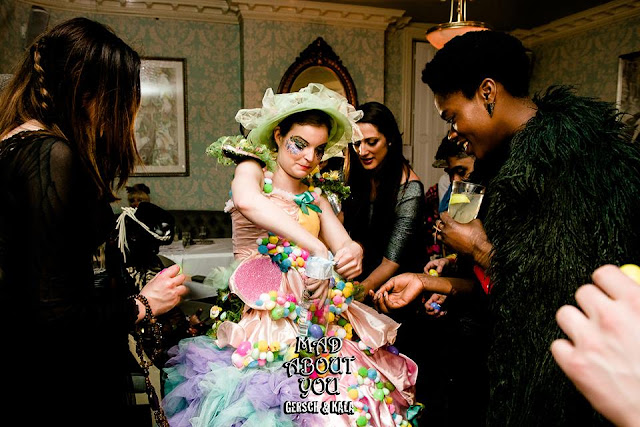 After Easter, all the eggs cracked, and chocolate eggs became like normal one! I have a big passion for eggs, I could eat them every meals, fried, scrambled, boiled...


I find fried eggs is a great pop art iconography and I already made a fried eggs dress with squeaky dogs toys modelled by Marnie Scarlett.  Because I found it couldn't be worn by anyone so I decided to transfer the plastic eggs on a sequins base, from fetish to disco!


The set is my own kitchen, we had to cook many eggs before getting the right picture, because I broke a lot of yolks!
How to stage a very mundane and trivial moment of the existence, transcend it and make it glamourous and unique! Life is a show!

After cooking many eggs, with my sweet tooth, I decided to only eat Haribo eggs. This is the new diet, the new trend, just eating miniature food! 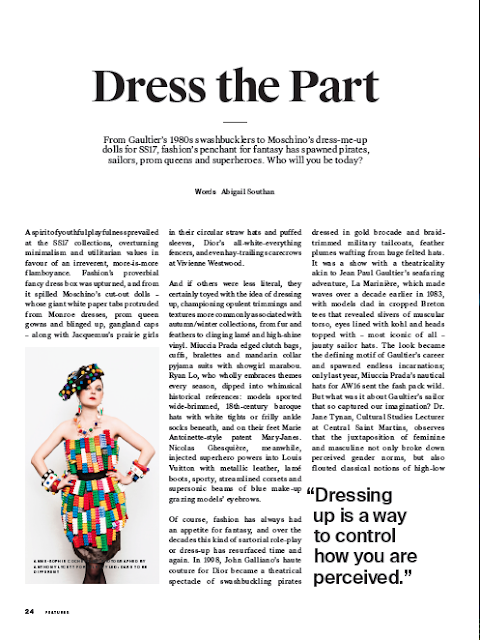 Very interesting article about for Phoenix Magazine printed edition about the link between performance and the art of dressing up for which I have been interviewed featuring my Self.Styled picture byAnthony Lycett