The world of Diane Goldie

Beginning of november 2015, I had the privilege to take part in "The world of Diane Goldie" exhibition at the Vault.
Diane has been very generous to me, as she offered me to get few pieces in her show as well as some  jewels.

I met Diane Goldie through the amazing colourful tribe of Sue Kreitzman. Diane is one of the figure head of the anti-beige brigade, an amazing designer and wonderful painter.  I admire very much this self made woman, hardworking and extremely talented. I am very inspired by her approach of wearable art and upcycled garment; custom made clothes that tell personal and universal stories with always very profound meanings.

my main pieces were: "Already dressed"


Using reclaimed pieces of fabrics & beads and patchwork technique inspired by Diane Goldie's collages.  Normally the mannequin is the bare holder of the garments. By embellishing this child mannequin I  wanted it to be considered as an object of art in itself and not just a functional object. 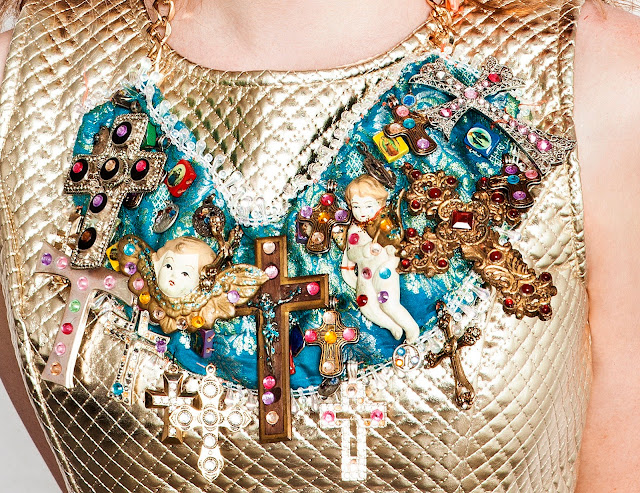 Inspired  by catholic iconography, this piece is about the syncretism, the kitschness  of some baroque churchs decorations.   When religious art is reappropriated by mainstream folk culture and paganism.  Inspired by the religious elements Diane Goldie use on her garment that she mixes with her personal mythology.

With all her heart and energy, Diane Goldie organised a #fuckfashion catwalk in the Vault tunnel completely covered with street art and saturated with paint vapours.
Was it an exhibition,  a performance, a ritualistic procession?  I will say a bit of the tree at the same time,  but something very powerful, a glorious mess, a carnivalesque (as Baktin describe it) celebration of creativity, a  feast of colourful fool. The all accompanied by the drumming resonating in the deepness of the tunnel.

To take part in the anti-fashion show, I gathered my tribe and dress them with my design, involving my two flatmate Elaine Lip and Alex Rogers (which make us a bit of a madhouse) and the very  supportive and enthusiastic Florent Bidois. We had the chance to get our make up down by the inimitable Steffy Show.

"I truly believe that living in colour is a declaration of rebellion, a roar of freedom, a symbolic two fingers up to blending in and being invisible. See my colour. Do not be afraid but know that once you take the plunge , colour will change your life." Diane Goldie in her post about Conquer Fear with colour" 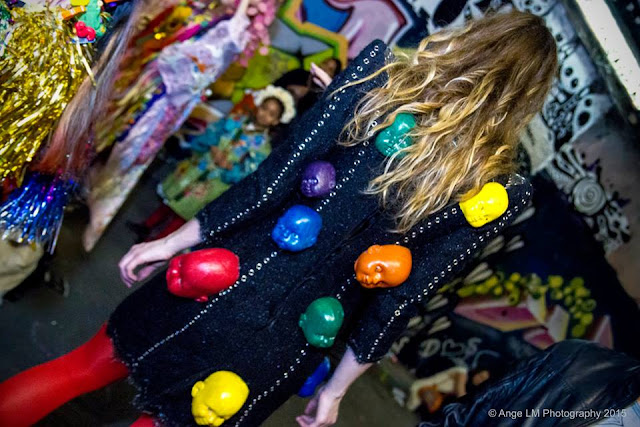 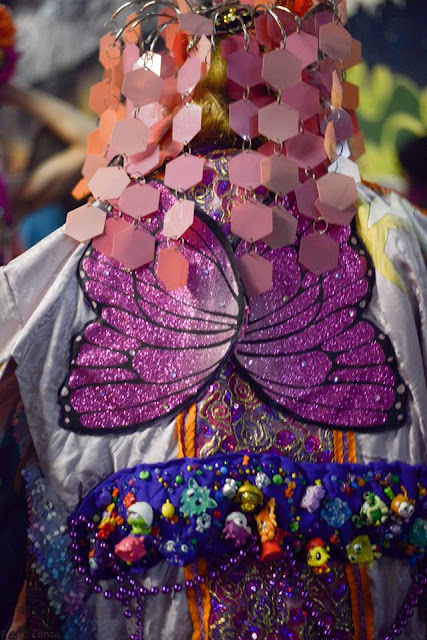 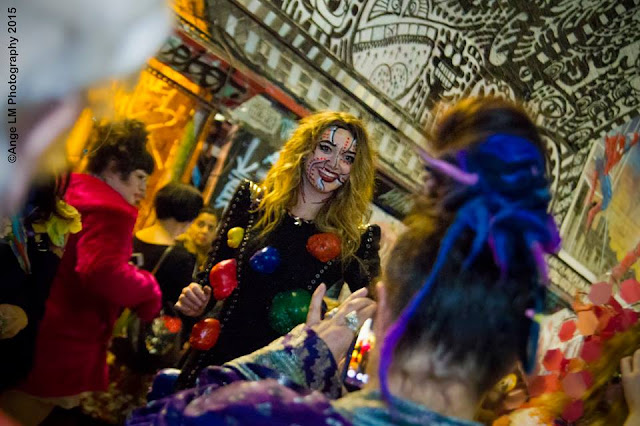 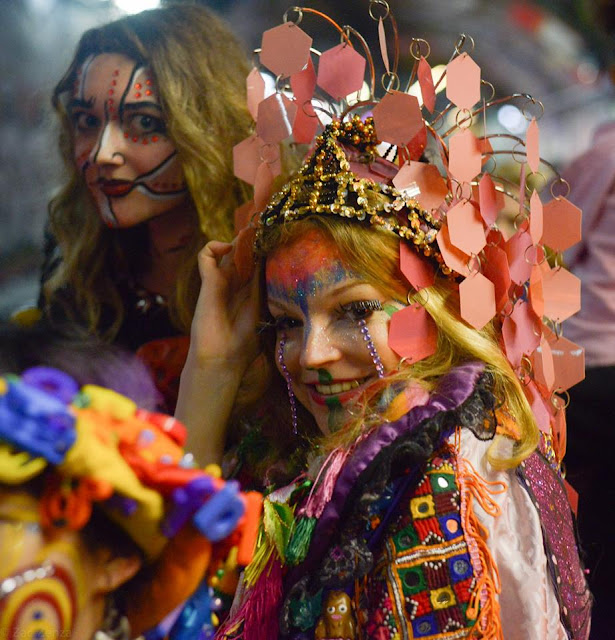 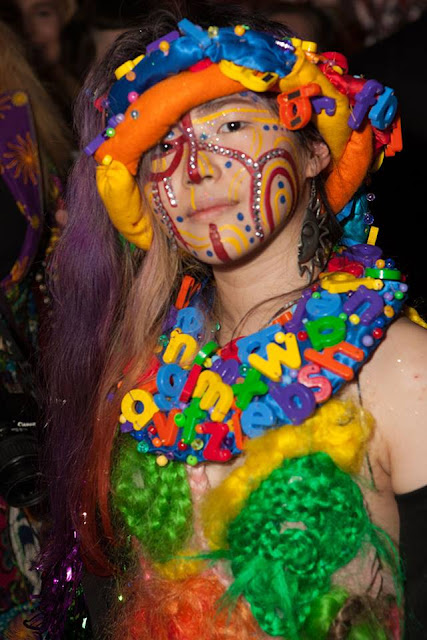 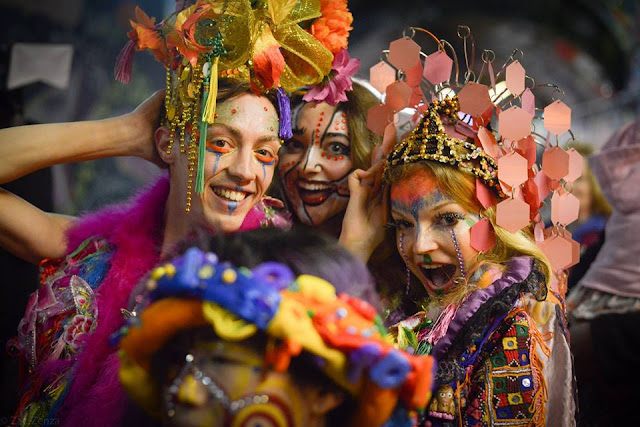 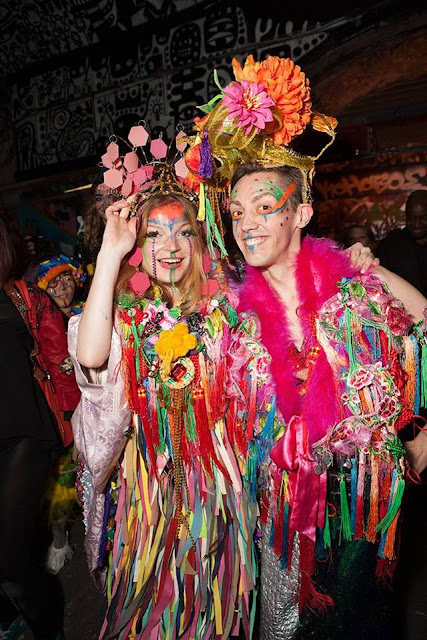 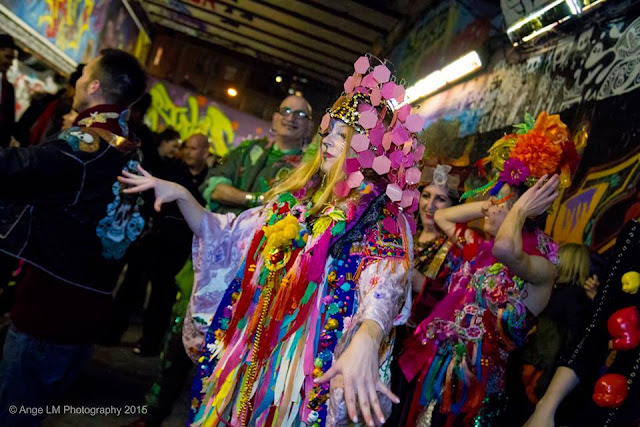