This summer, For our annual electro party Kervinoize in my Bunker in Brittany the theme was Alibaba and the forty thieves so I made this Arabian Night costume  am ix between a post-modern belly dancer and a alternative Queen of Sabbath. 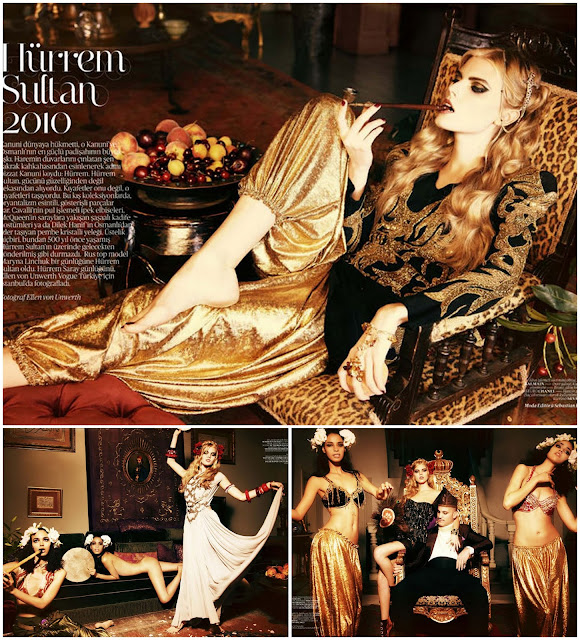 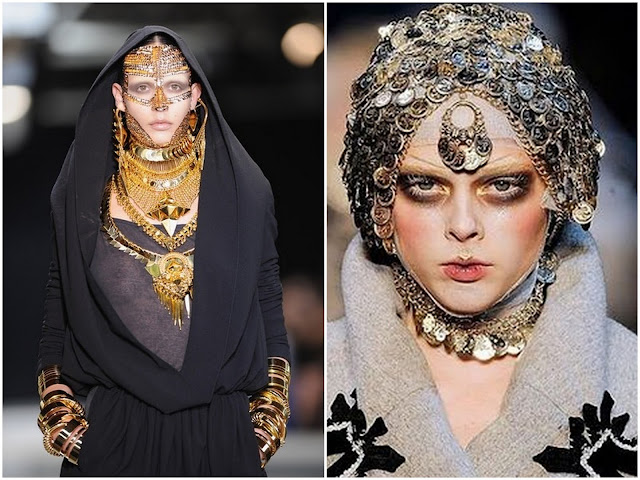 I liked to work around the accumulation of golden chains and beads as an oriental ornament.

This year in Brittany, the theme of the nautical rally was "The Birds". I found theses pink feathers from a headband New Look de-stoking at the Roman Road market and I made a headpiece and a necklace accessorised with some polystyrene birds for a roaring twenties look mixed with a venetian carnival aesthetic. 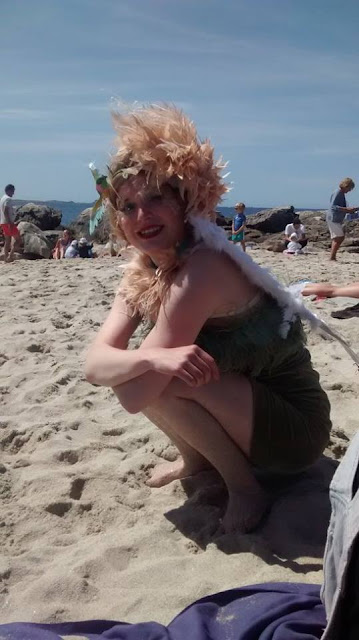 Just after I disembarked from Brittany, I have been embarked in a new crazy adventure with the House of Fairy Tales in Iron Bridge in the Midlands.

I had less than 24 hours to come up with a costume of time traveller inspired by Victorian era mixed with Jules Verne retro-futuristic aesthetic.  I used the base of my Marie Antoinette costume (picture on instagram) and I stitched 20 clocks I found in an Indian Pound shop (the guy was very surprised when I said I will take not one but 20 as I bought is all stock).  It was a proper race against the clock to sew them on all on the garment. 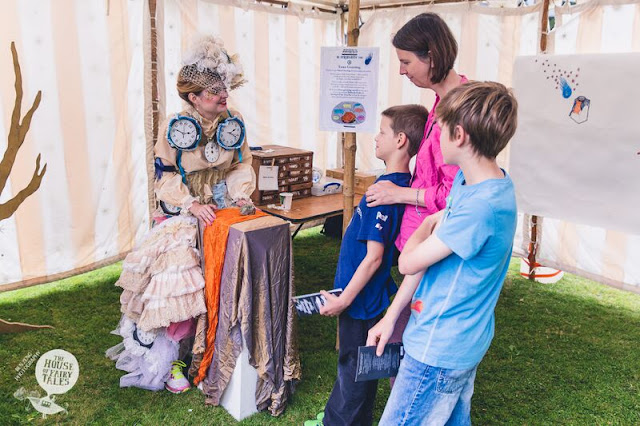 "Racing through the multiverse, faster then the speed of light, The Time Travellers are on a Quest to help save the Tangled Strands of The Future.They are reaching the end of their hunt: the cosmic nexus has been detected, all roads lead them back to here – to the land of the Iron Bridge. The time has come for a great story to unfold. A story of mythic beasts, the faerie folk of the earth, the fearless ingenuity of humans and the intense and poisonous magic of the earth’s most precious possessions." 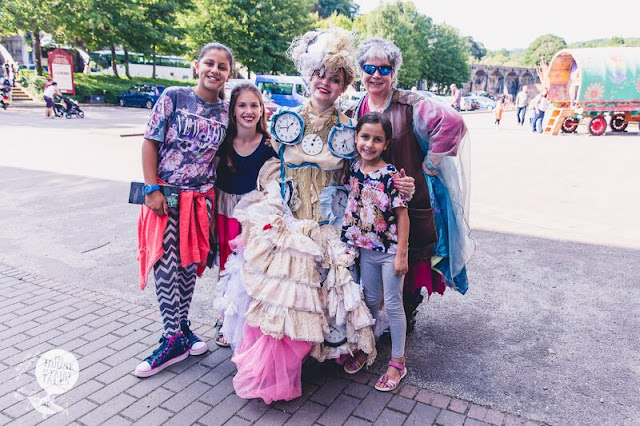 After 5 hours of car and a night of camping I was in charge of the "Strategist" workshop. Becoming the story teller "Miss Tik Tok telling to children the story of a magical stone realising all the stories from the beginning of the universe. 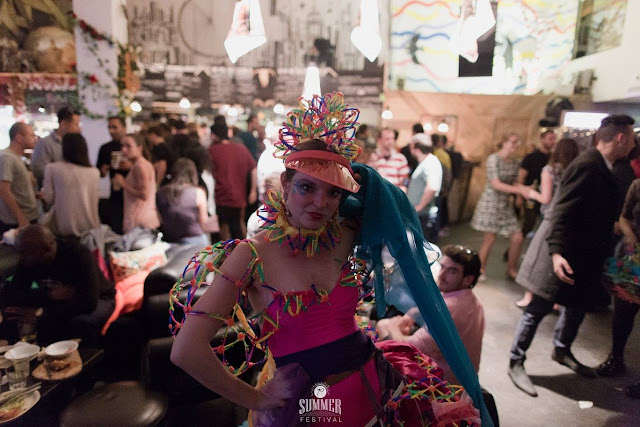 I am very please to be part of the regular entertaining team at the bar 90 which is now like a big family. For their Festival Summer Party, I did my Magic balls dress performance (see the link on this article)  assisted by the designer Alice Tiger, creating a 80s sporty colour block californian style in London! 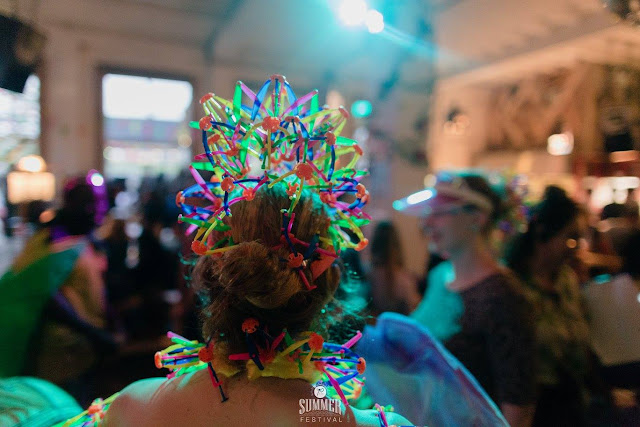 I lend my  "50 shades of Pink dress" (see the previous article on my blog) to the Feminist Artist Meg Mosley's for her residency at "The Art of Nuisance" Each artist was given ten days and resources to interpret this brief however they chose. The resulting work will be exhibited at the opening show on the 8th of October. 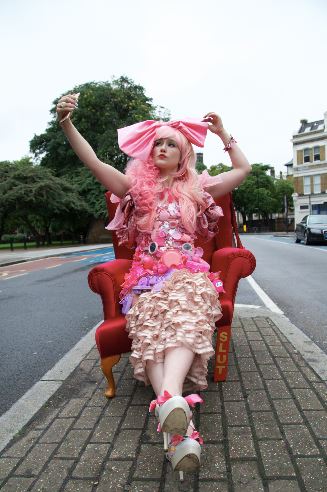 Meg Mosley’s artwork offers a new aesthetic and exuberant appraisal of contemporary interaction inspired by mainstream celebrations that go into overdrive and popular pleasures that are usually excluded from academic art circles. In her work as ‘Megastar’ Mosley presents an exaggerated comedy persona and a means to embrace the diverse facets of beauty through: humour, empowerment, cultural pressure, enjoyment, bonding and as a ritual and transformation. 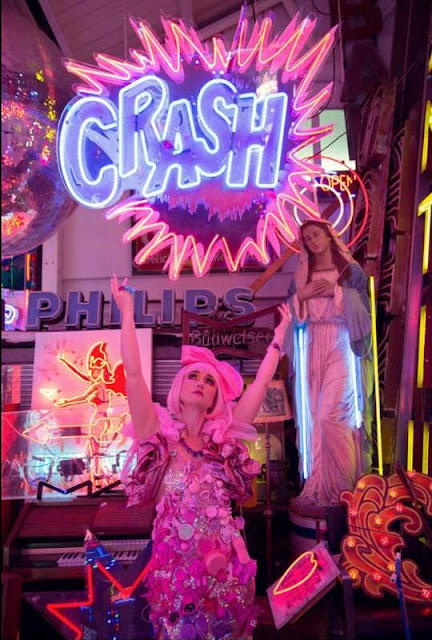 She uses performative strategies to delineate how, in this era of digital natives in a culture of social media and selfies, we perform many versions of ourselves and create our own narratives and identity.  Mosley playfully describes her current approach to the selfie as ‘selfie-facing’ and performative in opposition to being ‘self-effacing’ and modest. ‘Megastar’ is a product of our time a digital native of the selfie culture. 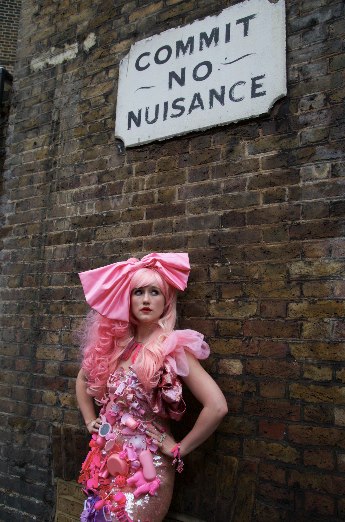 Through the dress Meg explores the complex issue of pinkification and hyper-feminization that paradoxically emerge as a new form of feminism. 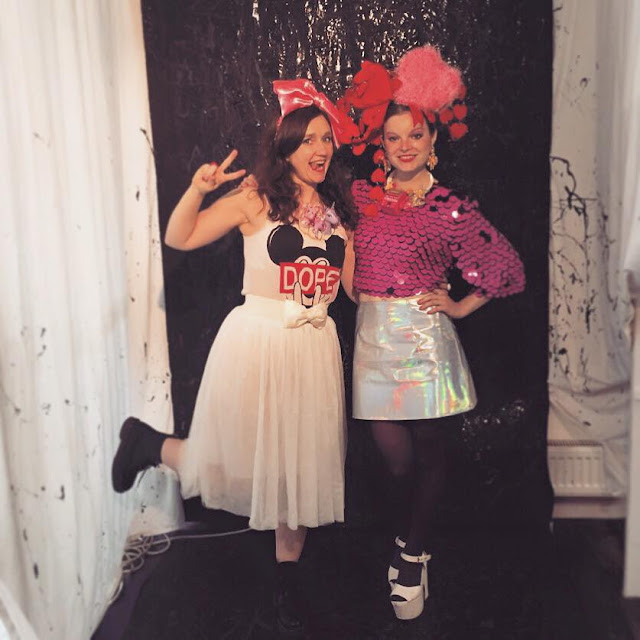 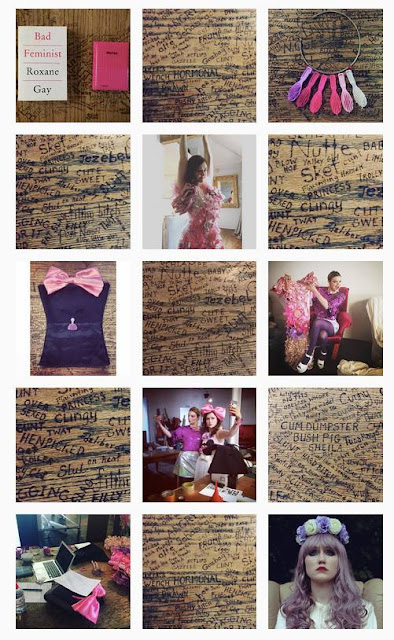 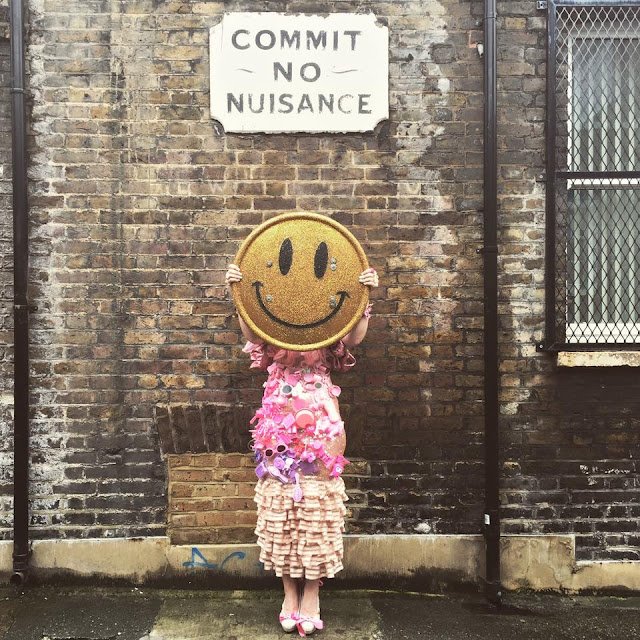 The magazine Old Tat asked me to write about a typical day of work.  My  life is not as glamourous as it seems on  Social media.The  majority of my time is spent alone frenetically stitching  wearing my pyjama without seeing the day light and going to bed at 10.30pm after watching the Voice.  So this is a typical but romanticised day! Read the article here