In the previous article I show picture of other performers wearing my costumes, on this post, with the help  of Sylwia, I am wearing my own creations, embodying various characters.
Each of my costume have their own persona and their own energy, wearing them is like entering in someone else skin, it influence your physicality, your attitude and your body motion, it even influence on your way or thinking. Like in a classical play, The costume is not created for a specific character but the costume itself create his on character, by this chemical reaction created by the meeting of the costume and the body of the performer.

Lots of people are  telling me, "you make costume but you also wear them, usually people just do one of the two".  I know a lot of really talented costume designer with a really minimalist style. I also met people creating amazing outfits but terribly dressed, as we said, "It's always the baker's children who have no bread" But for me costume is a second nature, this is my art and I like to wrap myself with my art and not making a separation between me and my work. Some people, who are often really professional  like to dedicated  themselves in the creation for other people, I guess it is just a different approach and way of life.

I have been fascinated by tribal & ethnic outfits. It is made only with black heads dolls (they are harder to find!) and I create the same beading in their hair than on the top  creating a continuity, the skirt twirl and the fringe creates a lovely movement.


Exploring the dolls theme, I wanted to create a folkloric doll dress. They are the embodiment of the kitsch and useless object, sit on a shelf picking up dust between a little dolphin made out with shells and a glittery frame of a punk puddle.

In my creations, I like to use discarded objects and try to make something beautiful with them by giving them a second live. Lot of people consider them are creepy and ugly but their clothes are made of an amazing variety of fabric and texture, each of them have their own story and adorable tiny and cute accessory like a little  basket or a nice hat with flower crown.  The all dress creates the powerful attitude of a graceful  flamenco dancer.

This is a performative and evolutive dress. At the beginning, it is very graphic and futuristic structure with dynamic shape, even  a bit aggressive,


. It is the wire netting base to grow the flower as a costume designer/gardener.   As you add the flower it  become more colourful and organic. Which version of the dress do you prefer?

I like to play with cliche so I decided to turn into a 20's charleston parisian girl wearing my customised beret and my Ken and barbie love necklace as Paris is considered as the capital of Love! 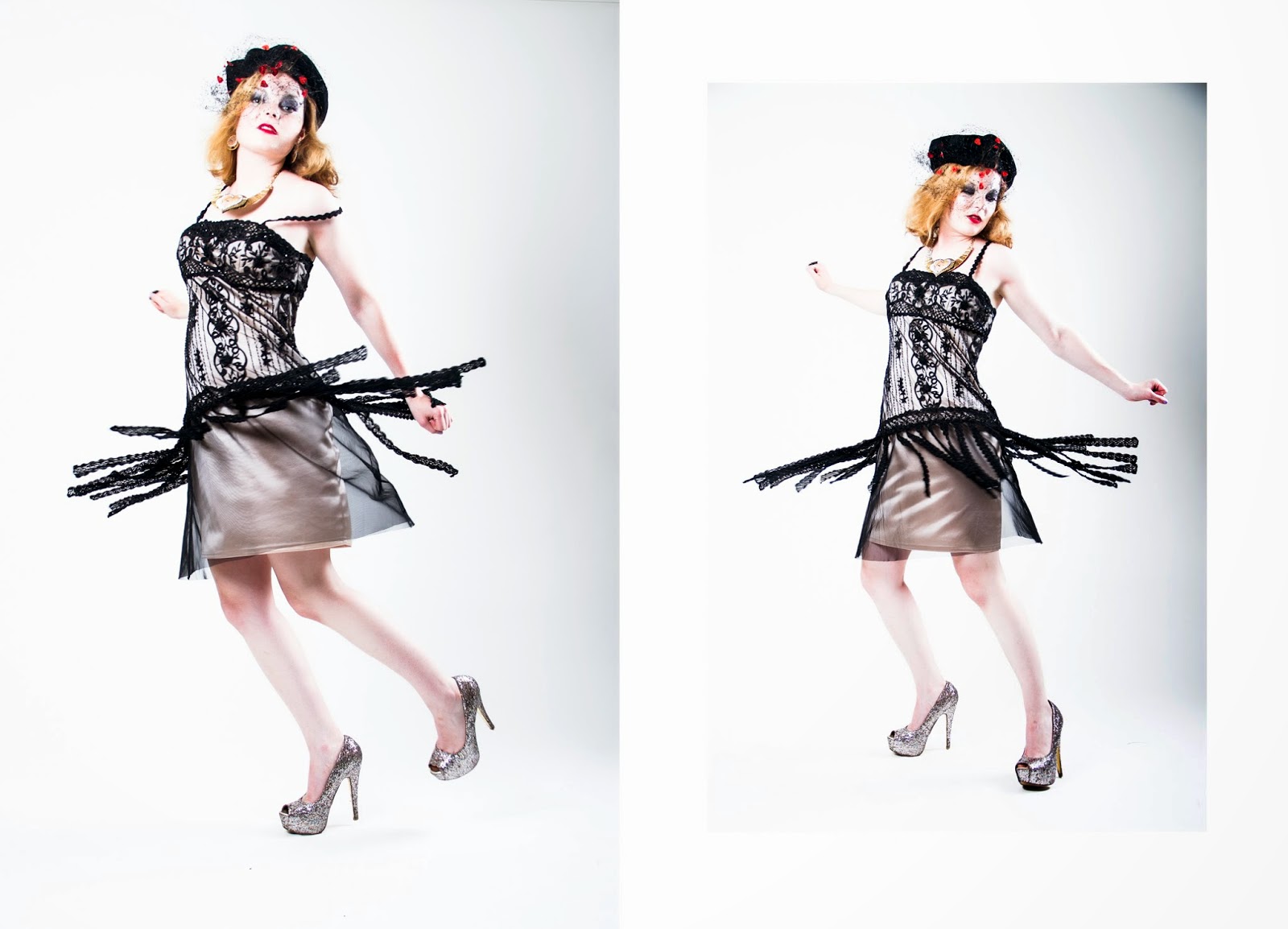 More picture with my Lego dress & accessories,  Sylwia had an arty little play around with my Legos, between art and photography!

Great honour to have been featured again on Sara's blog with the vampire aztec bag she got from me. 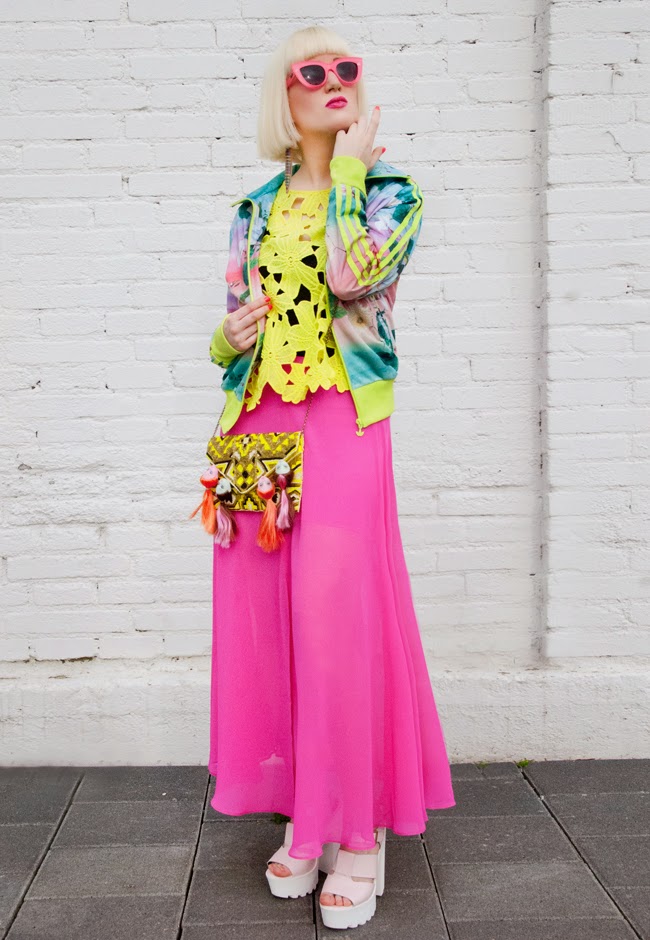 She  revolutions the idea I had of the sportswear, feel you can be stylish and sporty! 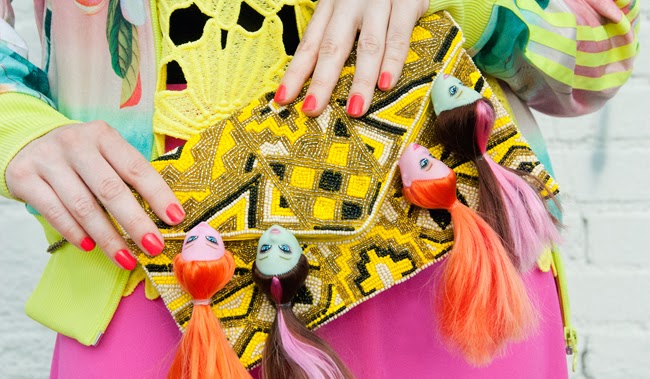 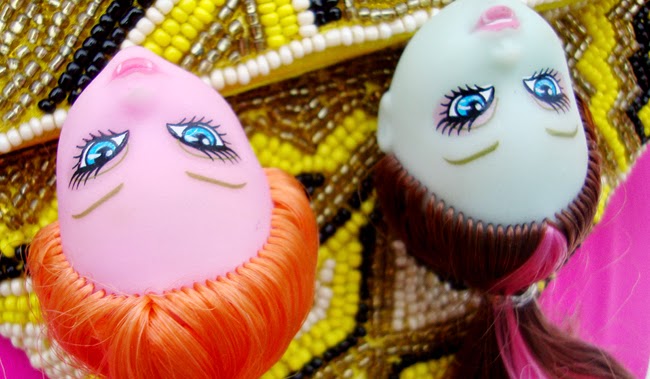 And last but not least, an interview with Britt Foe for Inlight TV at Cult Mountain during Sue Kreitzman show, such a good memory, can't wait for Cult Mountain to open its door again in September in a new secret location!
Publié par Anne sophie cochevelou à 09:26