filmed and edited by Simona Zemaityte

I wanted to make this video with Simona Zemaityte  to show a variation of the performance (me being still, because normally I am moving around the audience) and just having one person building the dress.
I like result of this video, I feel Simon is like dressing up a kind of dolls, but at the same time she seems quite powerful, as if he wanted to build it so beautifully to make a moving master piece.  It is questioning the relationship between the two performers.  I can still not determine what is it so any suggestion is welcome!
Find a whole article about this performance here

An amazing evolutive garment that follow your creativity, you can build yourself...
...or build each other

With our collective LUXURIOUXSNACKS,  worked on the development of our show "Ma petite folie" that we presented at the Bethnal Green Working men's club & Camdem Theatre people.

We tried to come with the new concept  of "French New Wave drag" (don't try to google it, it doesn't exit yet). Simon loved the Demoiselles de Rochefort  Jacques Demy Movie, he even started to learn it in French (whereas even not a single French person of our age know it by heart). 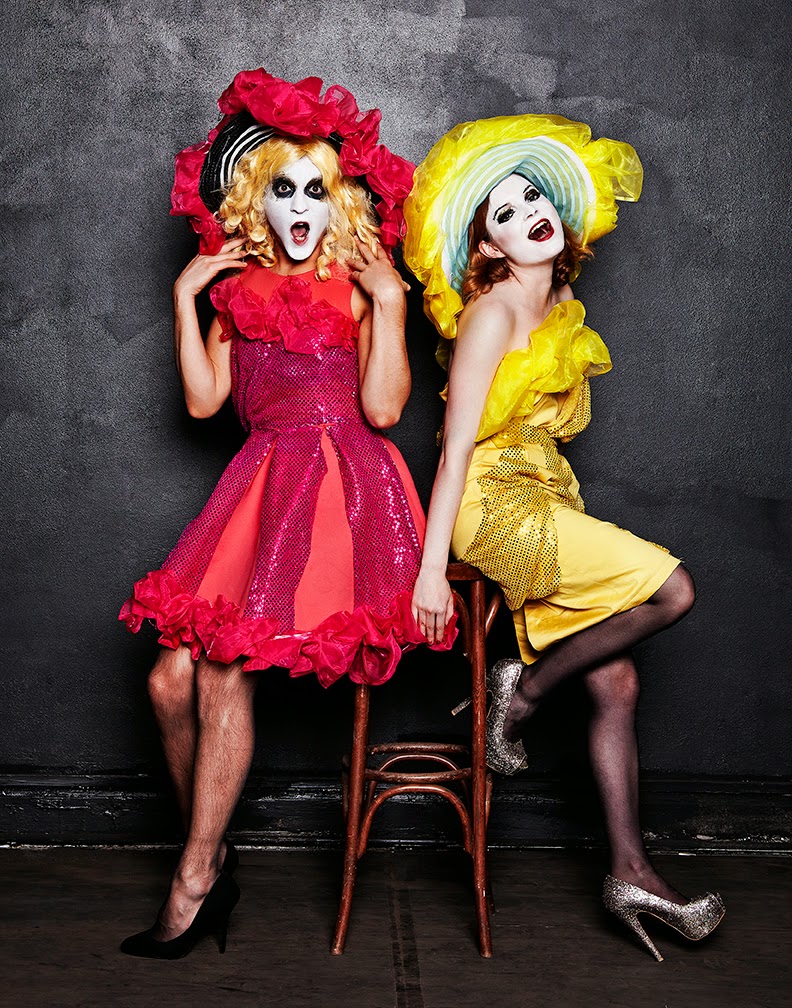 Making theses costume was a blast. I have to respect the colour code of the movie (pink & yellow) and the aesthetic (big hats) but with a drag queen twist, so I bought some  glitter fabric from the Saint Pierre  market in Paris. 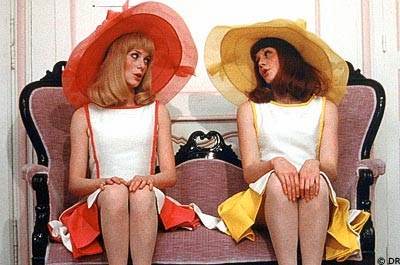 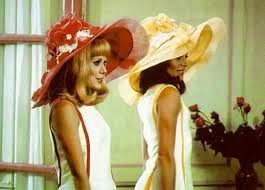 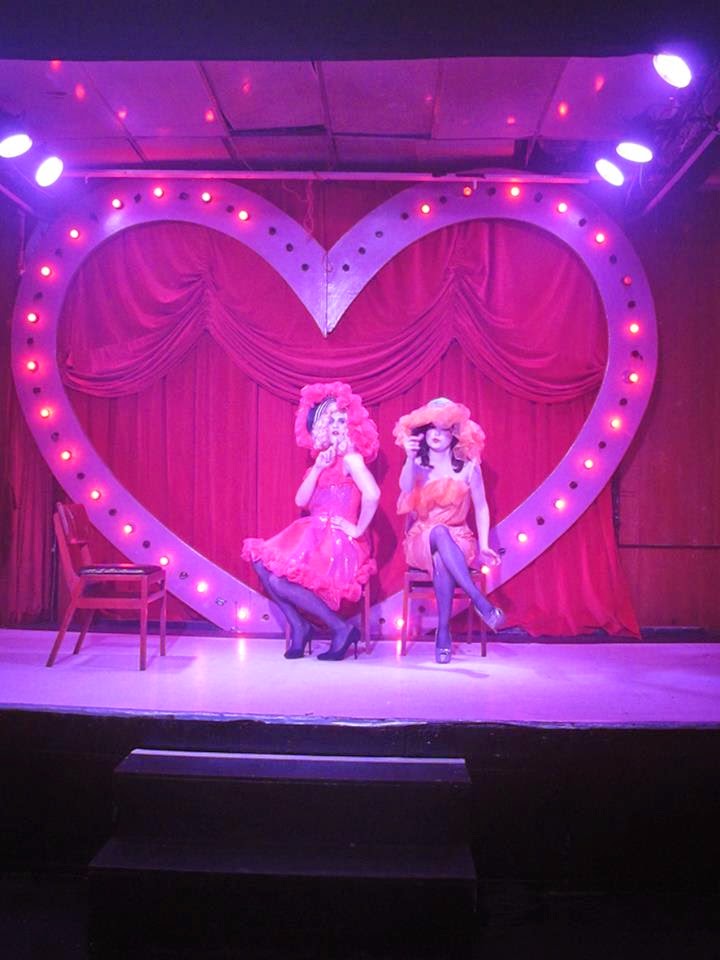 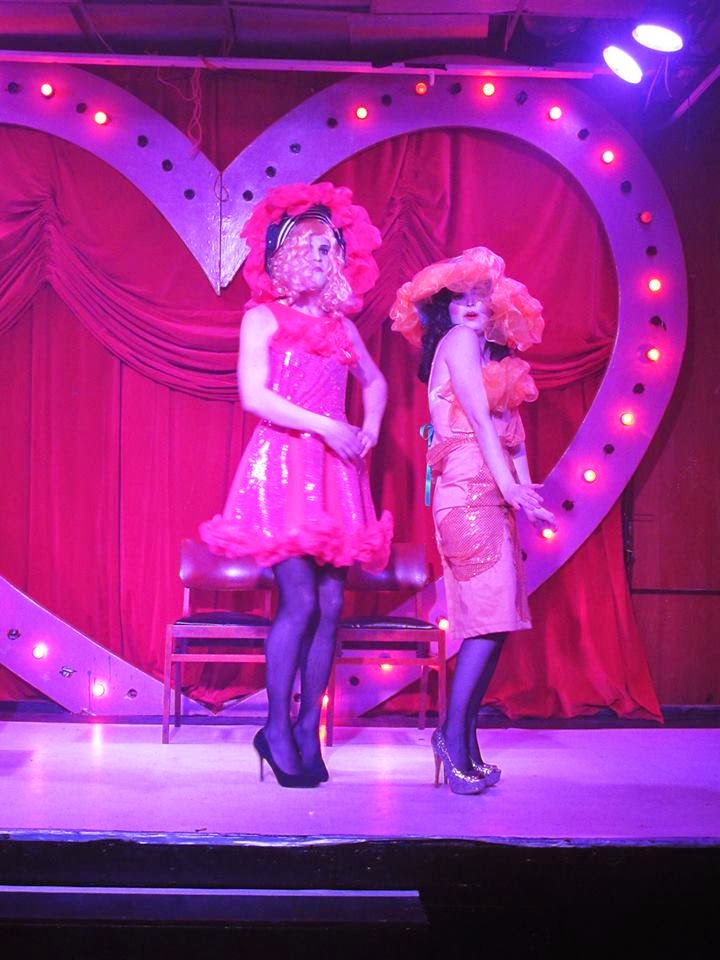 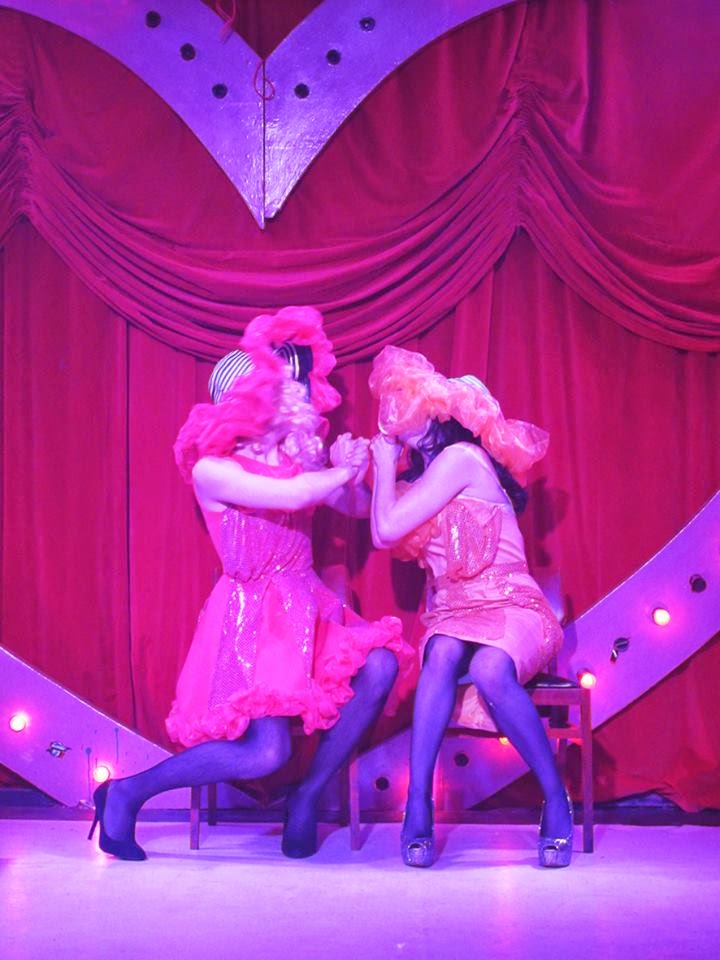 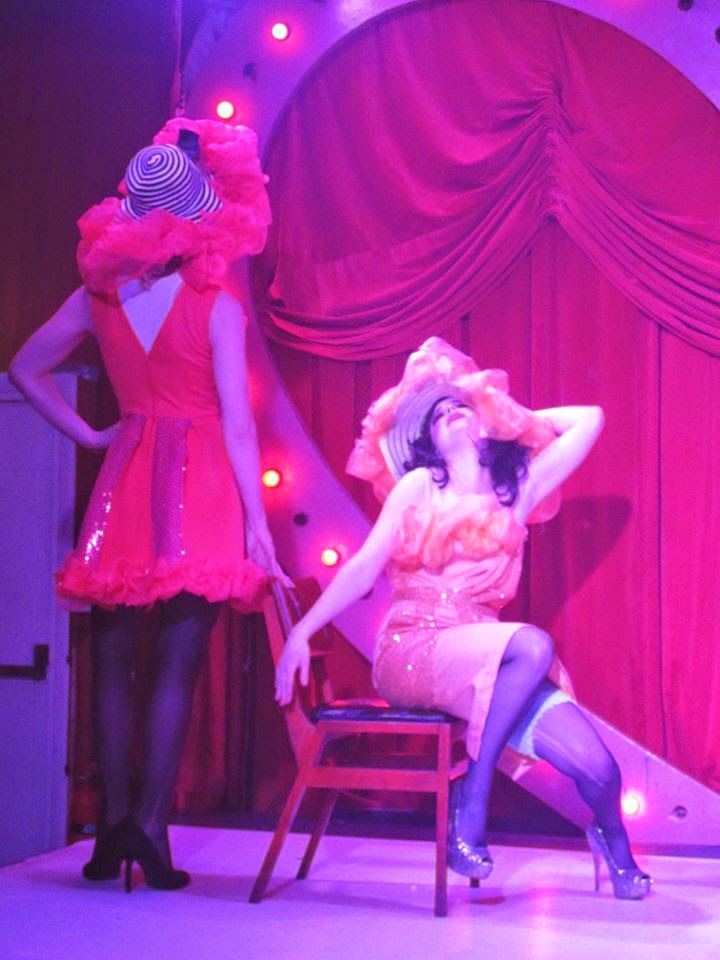 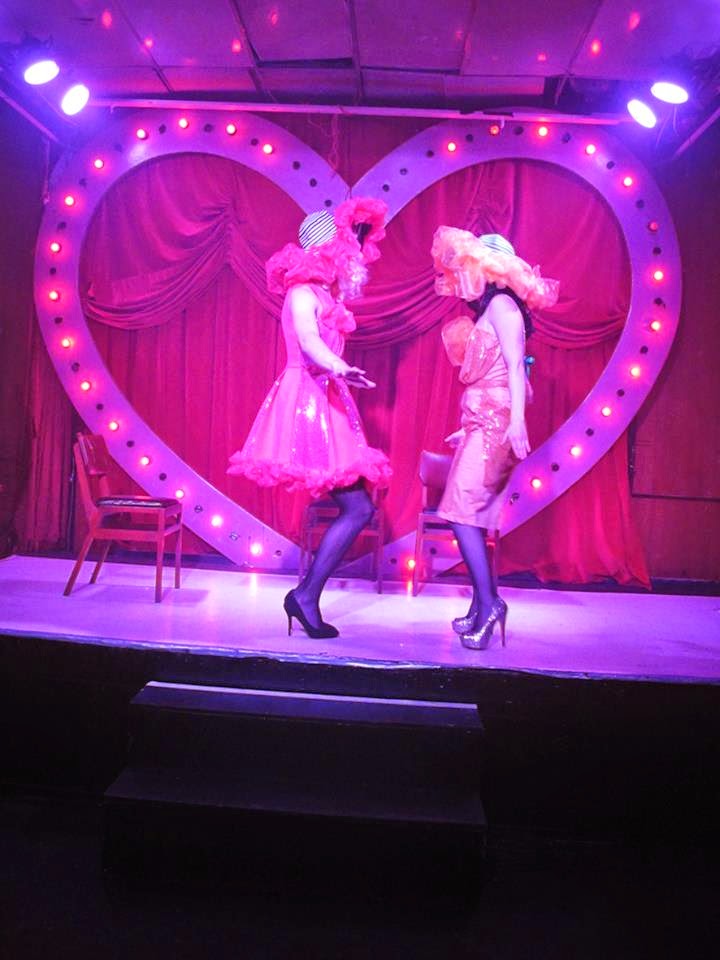 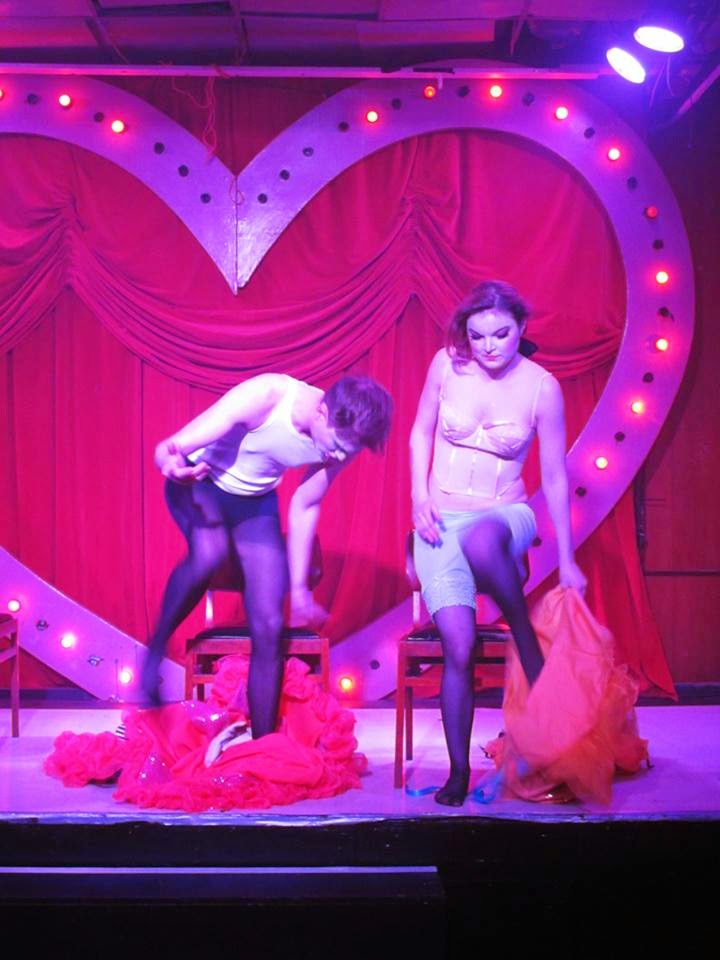 At the end of the act we are taking off our clothes (not ALL of them) and we reveal our identity, Simon as a man, me as a woman creating a feeling of surprise in the audience, questing the performative representation of gender. 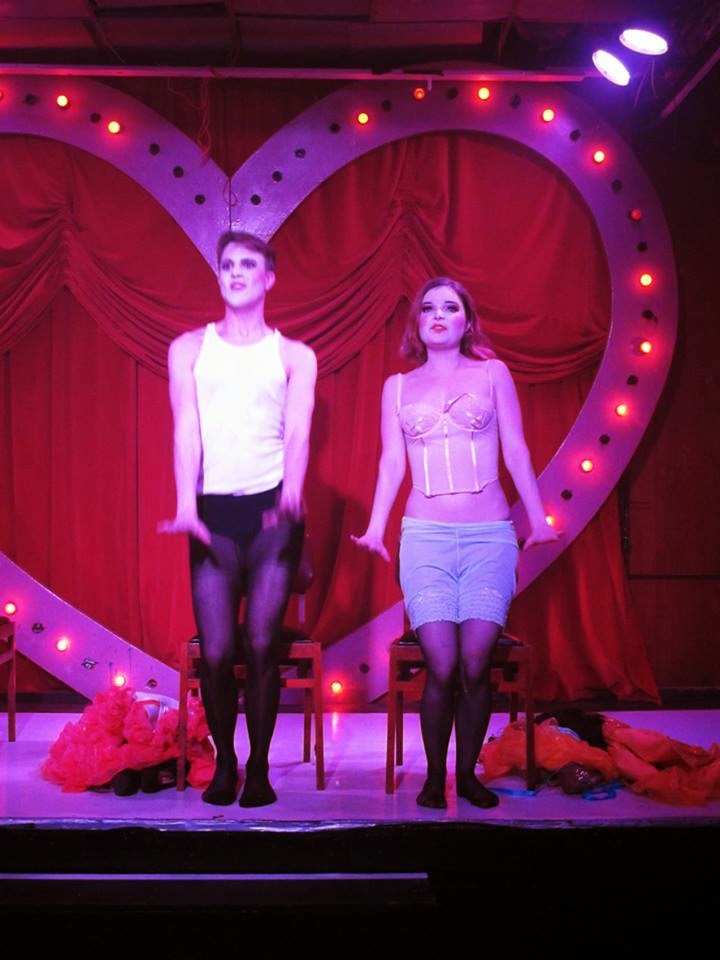 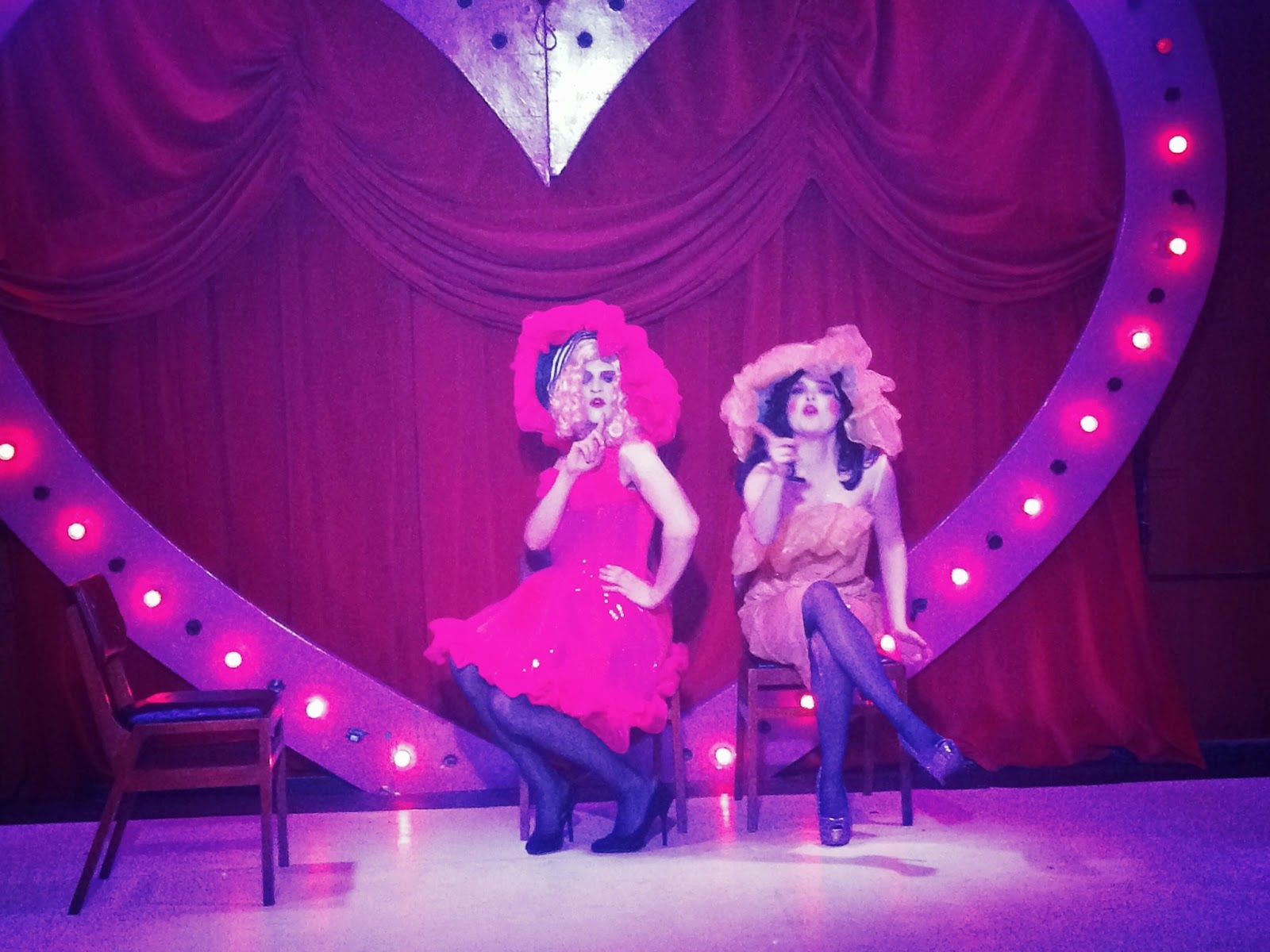