I made this white dress project for the Main Yard  Affair festival in Restaurant Number 90, 3 days of arts and entertainment.
Between body painting and interactive fashion design, the the white dress been painting live seem to be a theme that is dear to me.

I already made some fine art experiment with in my play Lost/found face when I was in Saint Martins, I also dressed as a "tableau vivant for a Fête'art party and  I made a smaller scale experimentation for a closing party of an exhibition so I guess it is a kind of obsession. 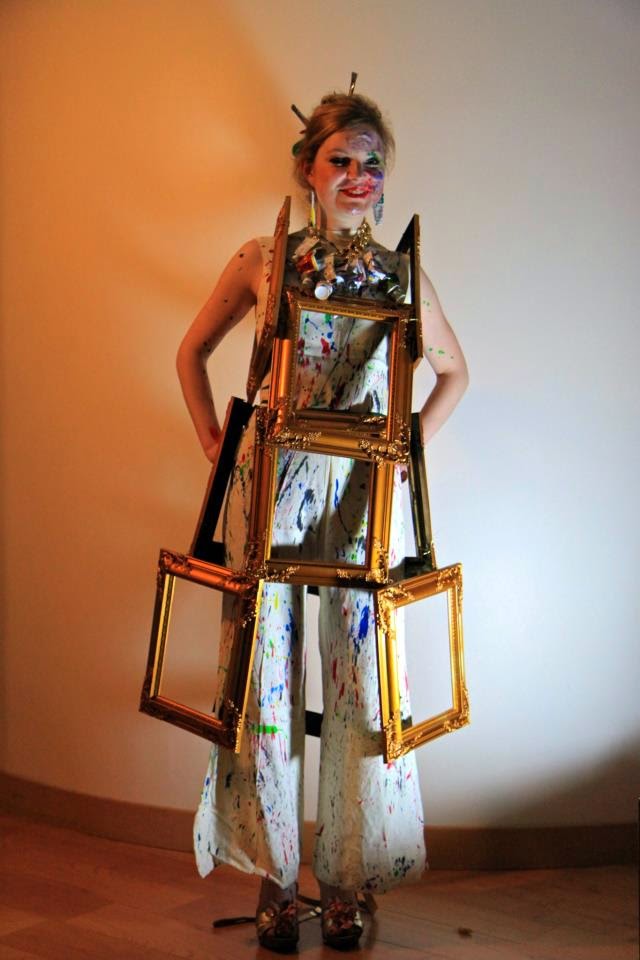 Testing the performance at the Saint Pancras gallery on a simple white dress: 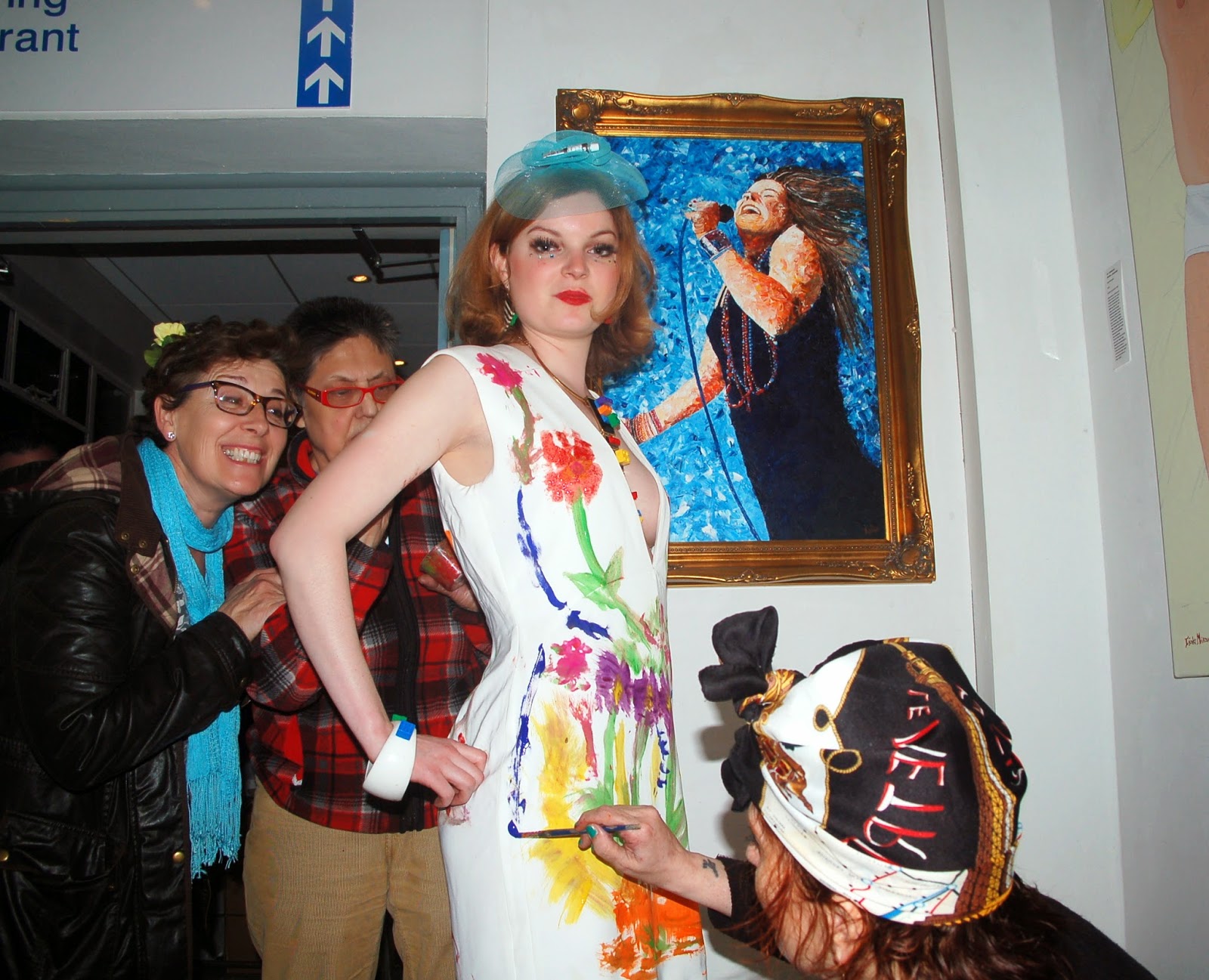 Performed for the closing party of "Loud Whisper" exhibition, the idea was to turn the dress into colour whereas the white where turning white because of the painting taken off. 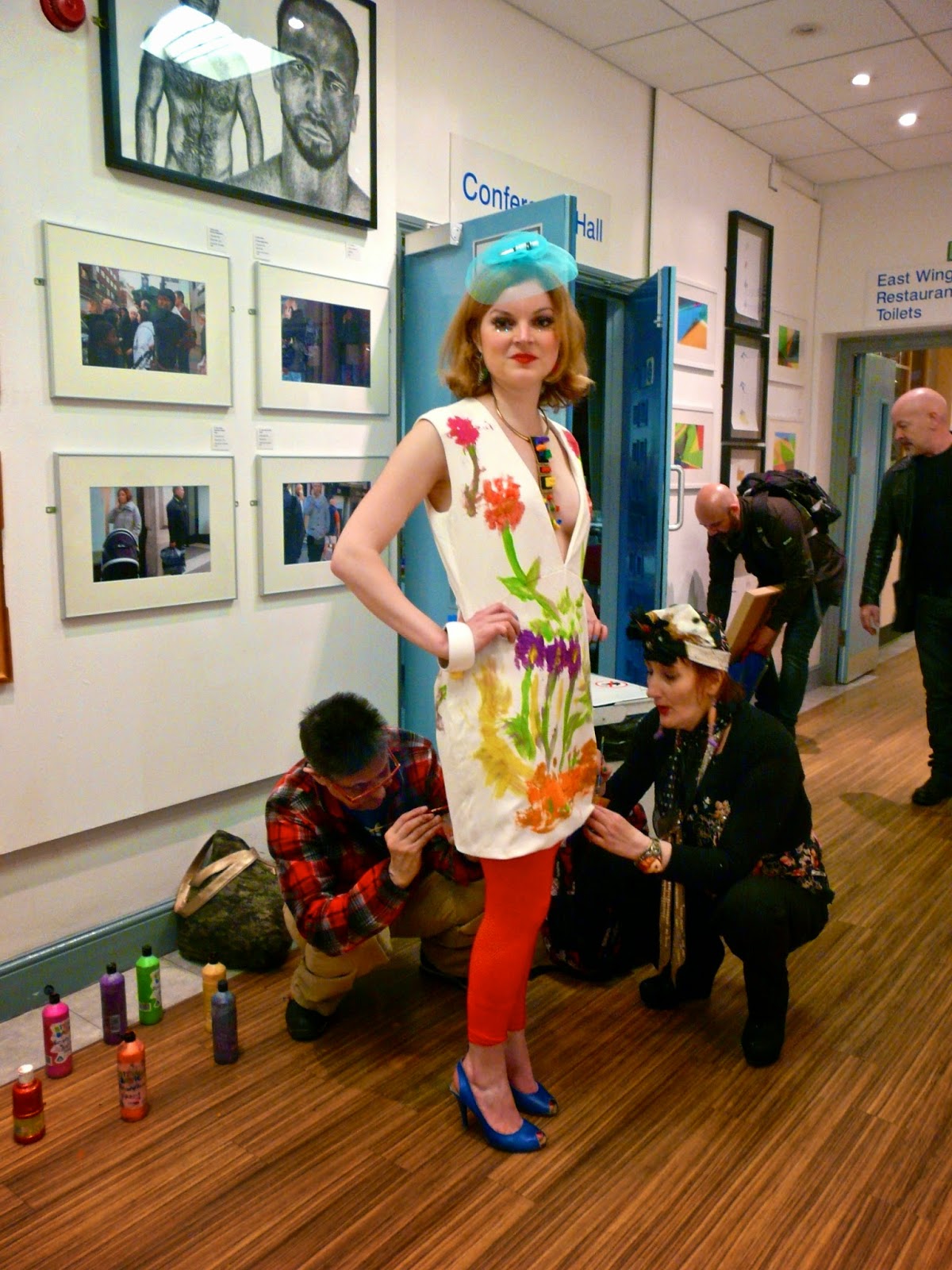 The idea was to create a white canvas dress on which people can paint, a meeting point between two creativity, mine and the one of the audience in oder to become a walking art piece.
the final design is the result of the performance, it give space to the accident and the audience creativity. 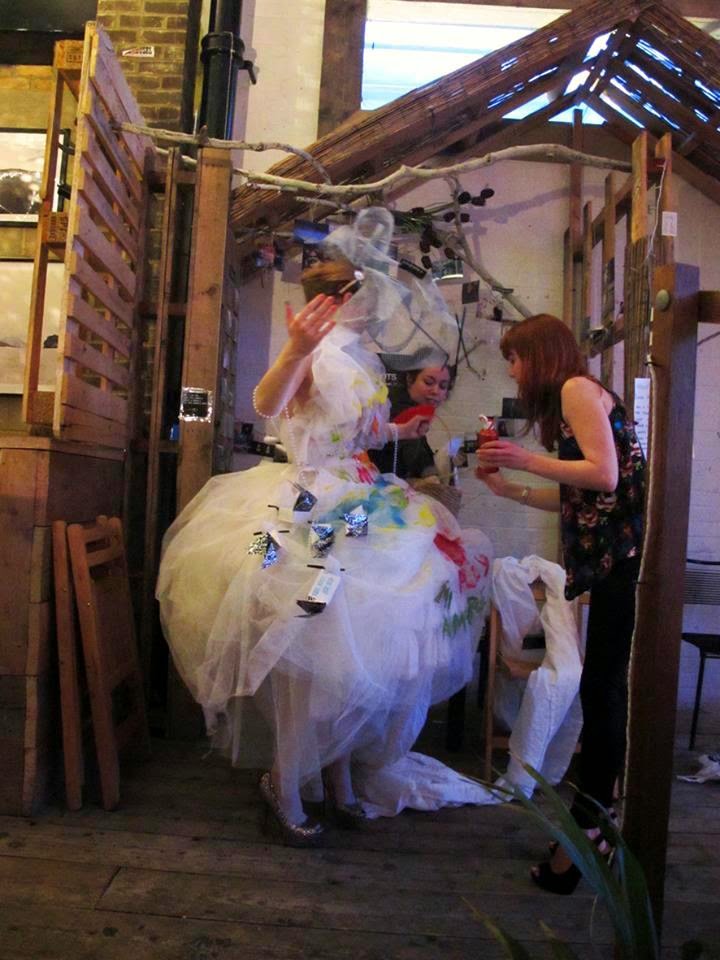 For the base dress I worked on the notion on white, playing with different texture and material, white features, with pearls… Even if I prefer colours I already made several white dresses like my dead bride Halloween costume in 2012.
Everybody thought it was a wedding dress and I was going to get married whereas my aim was to create a white canvas.  It is  funny how colour have strong cultural connotation and you have to take them into account if you don't w nt to give the wrong information to your audience.  I used a crinoline to create volume, it was really scary to have it in my room/studio, in the middle of the night, if a moonbeam hits the white tulle,  you feel there is a ghost in the room! 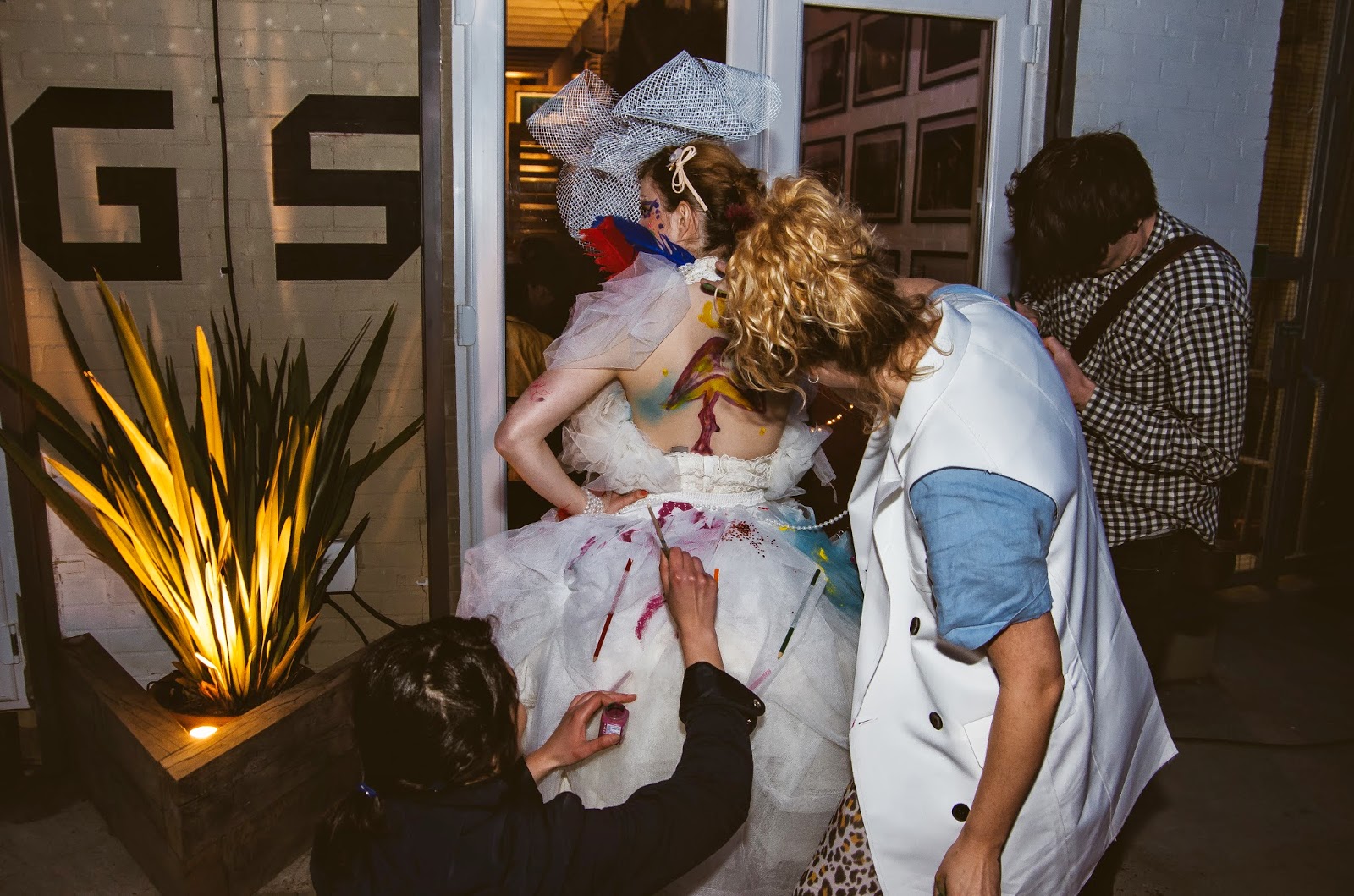 The first reaction of people me offering the brush was "are you sure, I am going to ruin the dress, you won't be able to wash it" And I was replying: no that is the purpose, you are going to make it more fabulous. 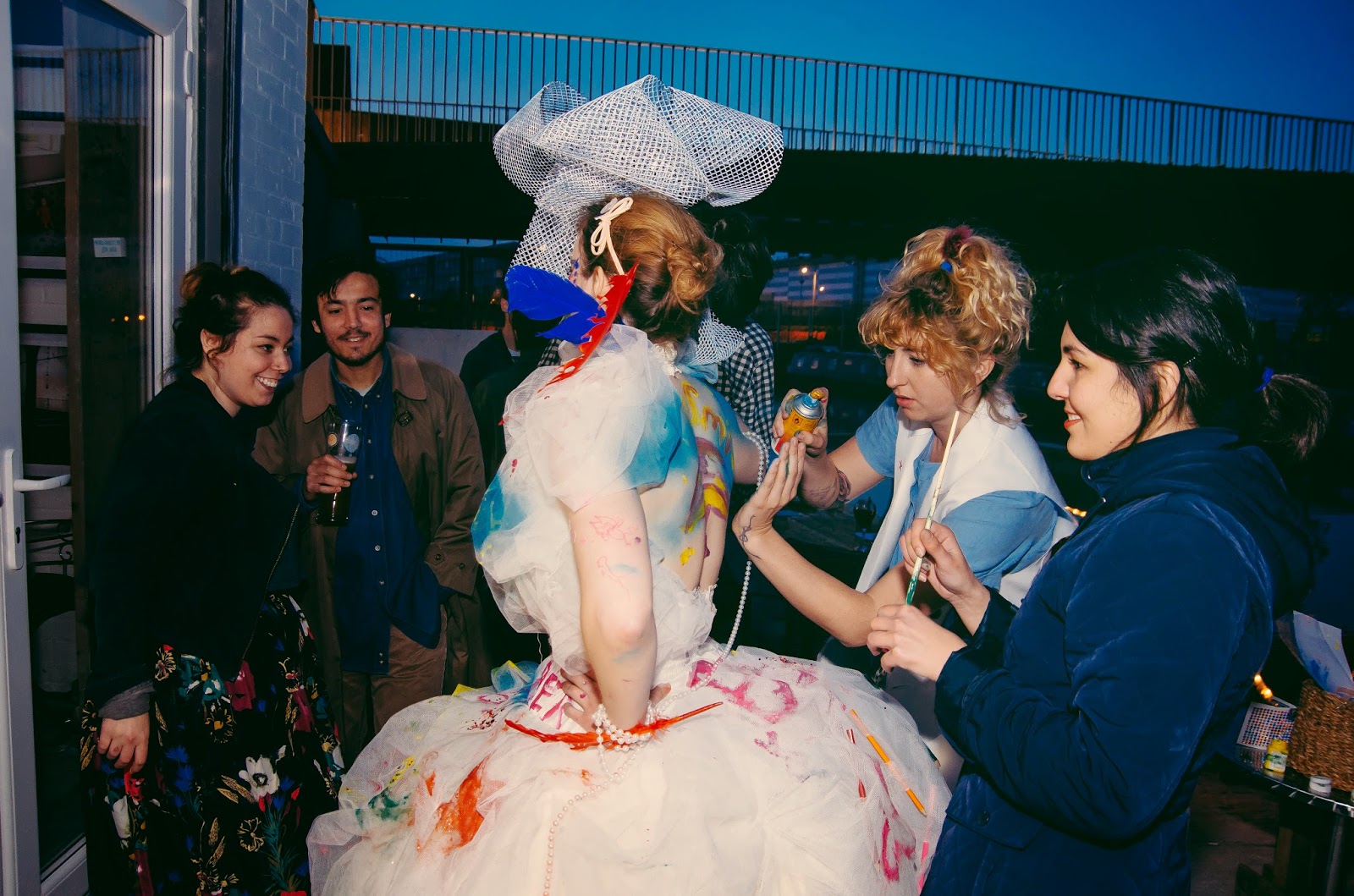 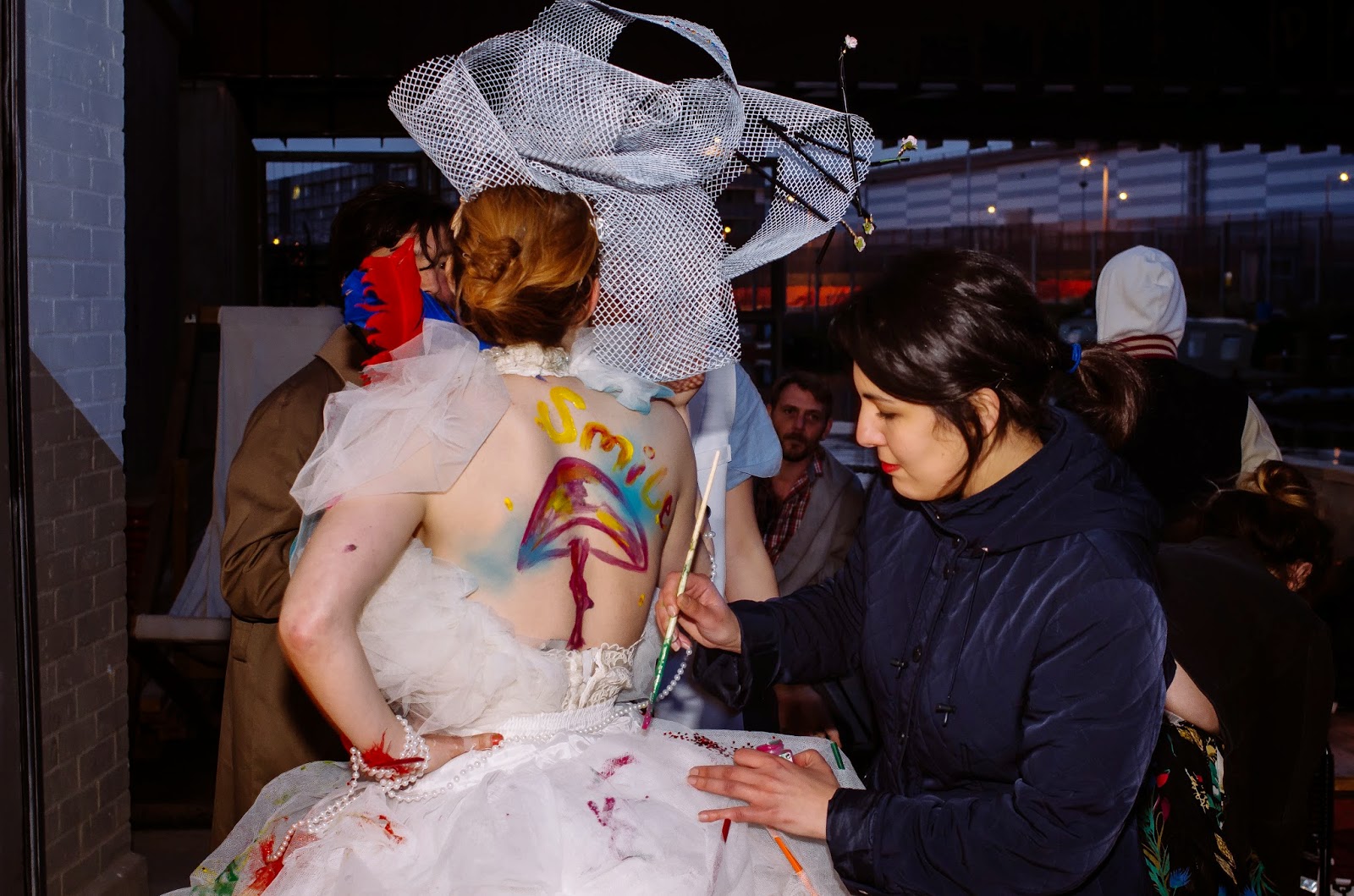 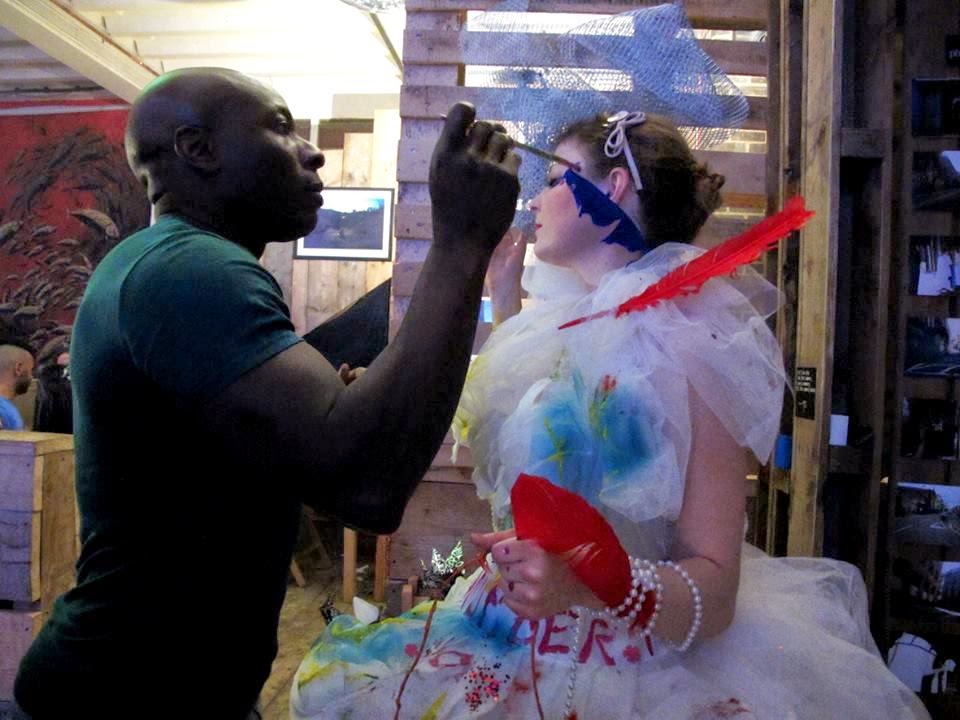