Since I discovered the power of chalk to create sea punk hair, I tried many colour, after blue I tried pink!

This is the dress I made for the "Odd" performance in September 2013 in a gallery of Portobello, the anti-jeremy Scoot 2008 foot print collection, because it is not the foot trace but the actual feet on the dress! 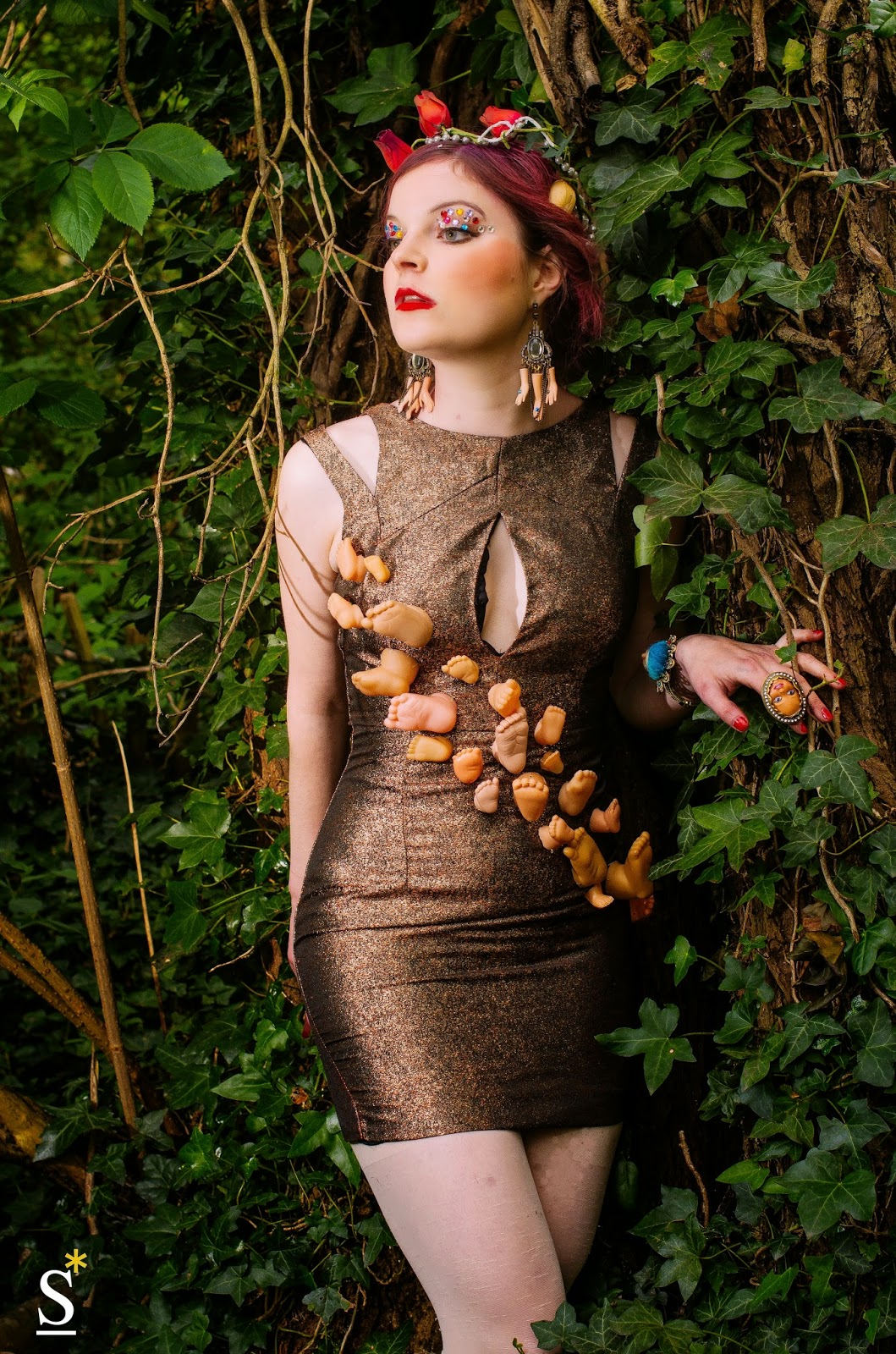 In it's new context, the dress kind the read as the metaphor of  trying to find one's way in the bushes.  Feel this dress make looks a British forest like an Amazonian jungle! 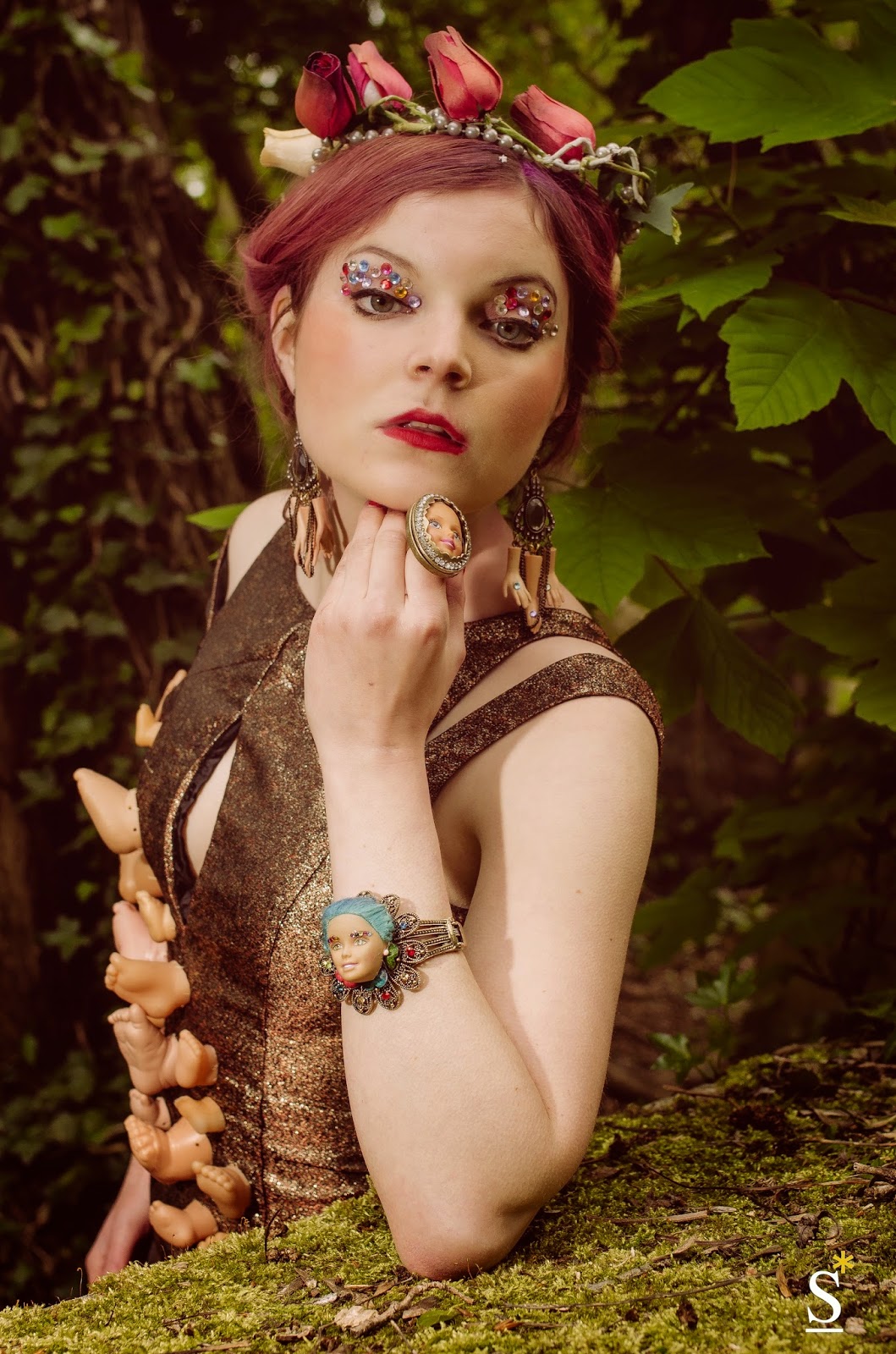 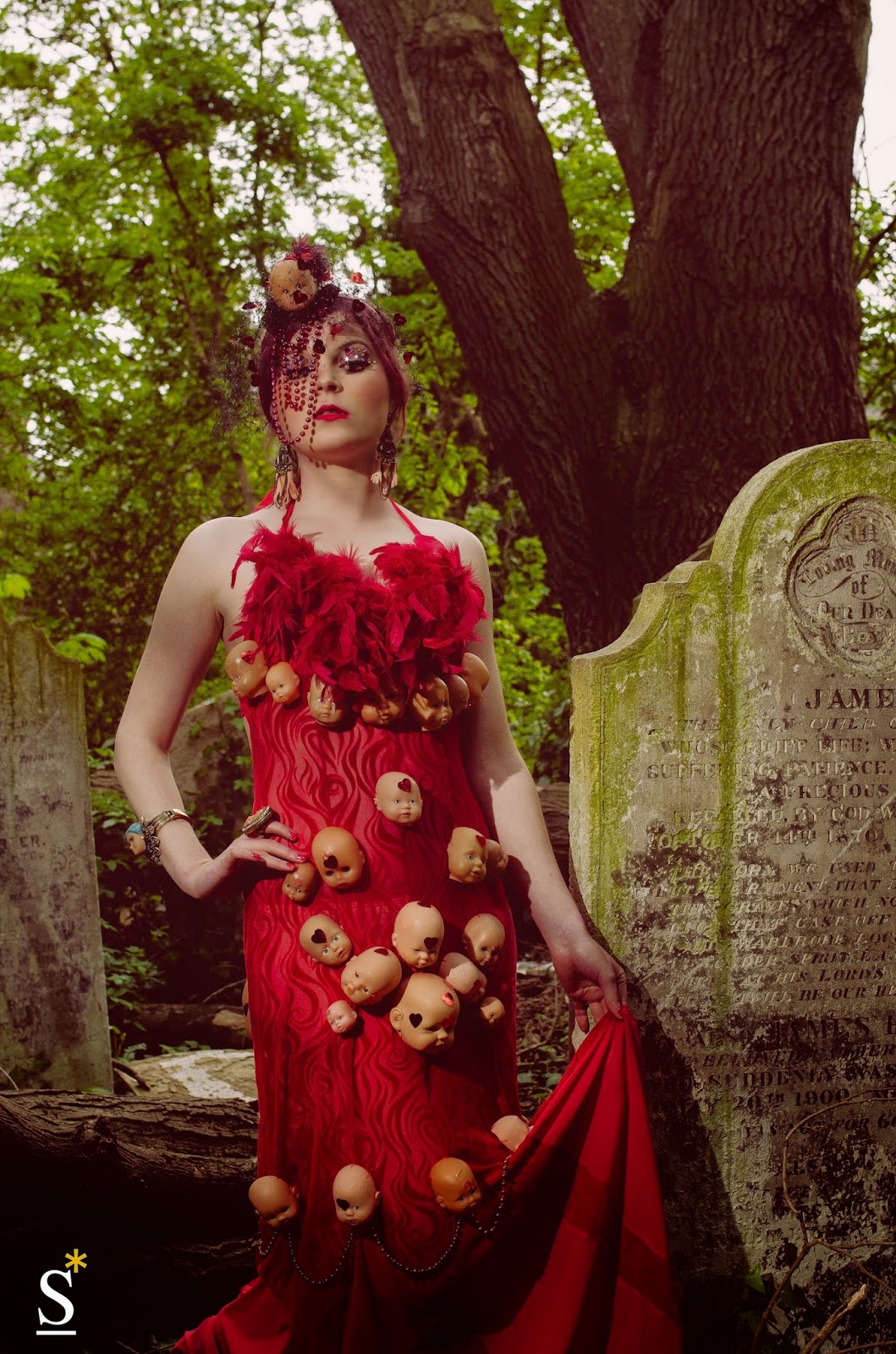 The "love dress" made for a bingo wedding. Red cabaret dress with red heart baby face made with the help of Berenike Corcuera. 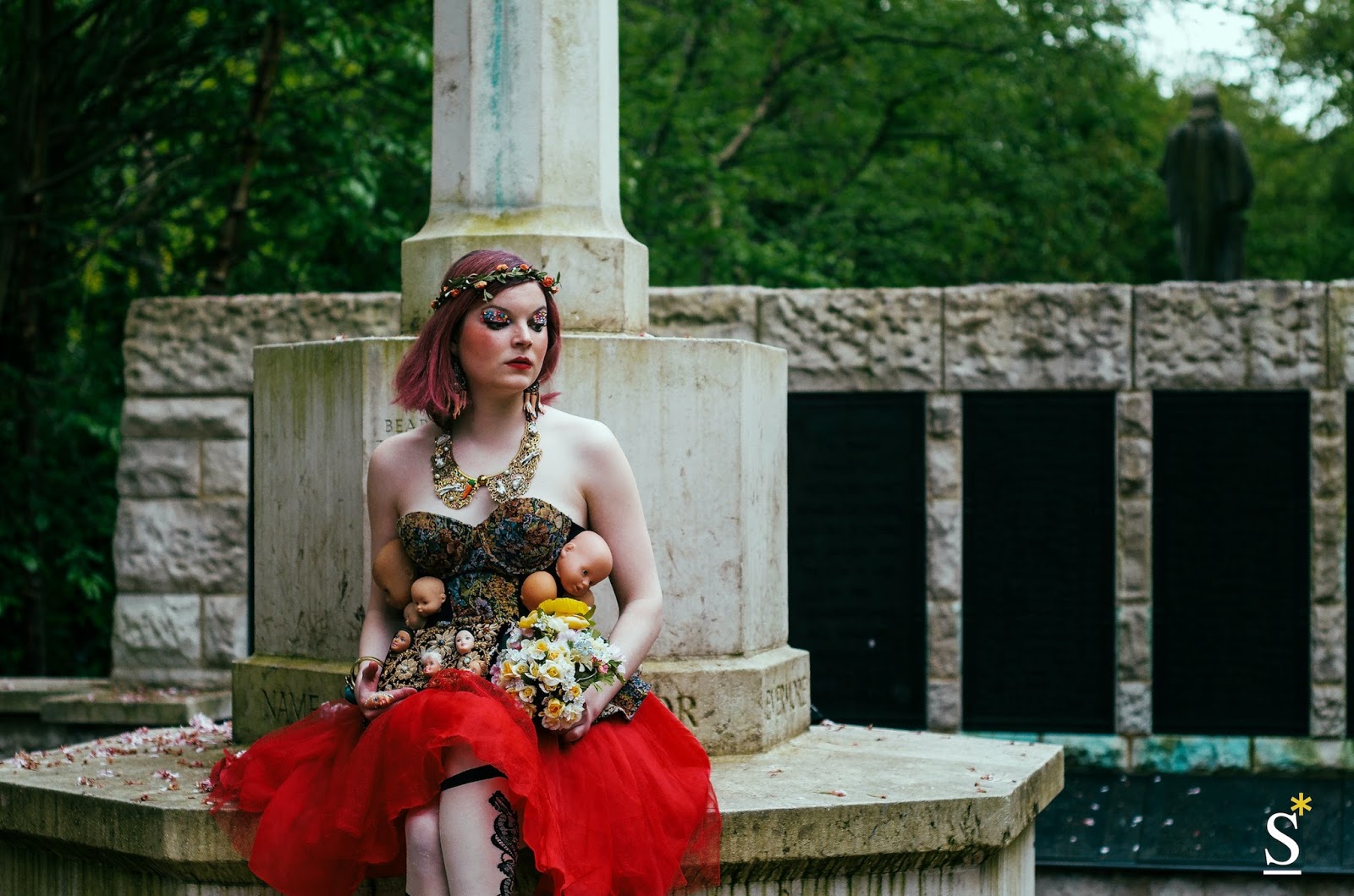 We took this picture in Abney cemetery on of the Magnificent Seven of London cemetery. It is the first fully nondenominational cemetery in Europe (where anyone could be buried anywhere)
I liked this mixture of peaceful feeling you can get combined with tortured anarchist architecture of the place. 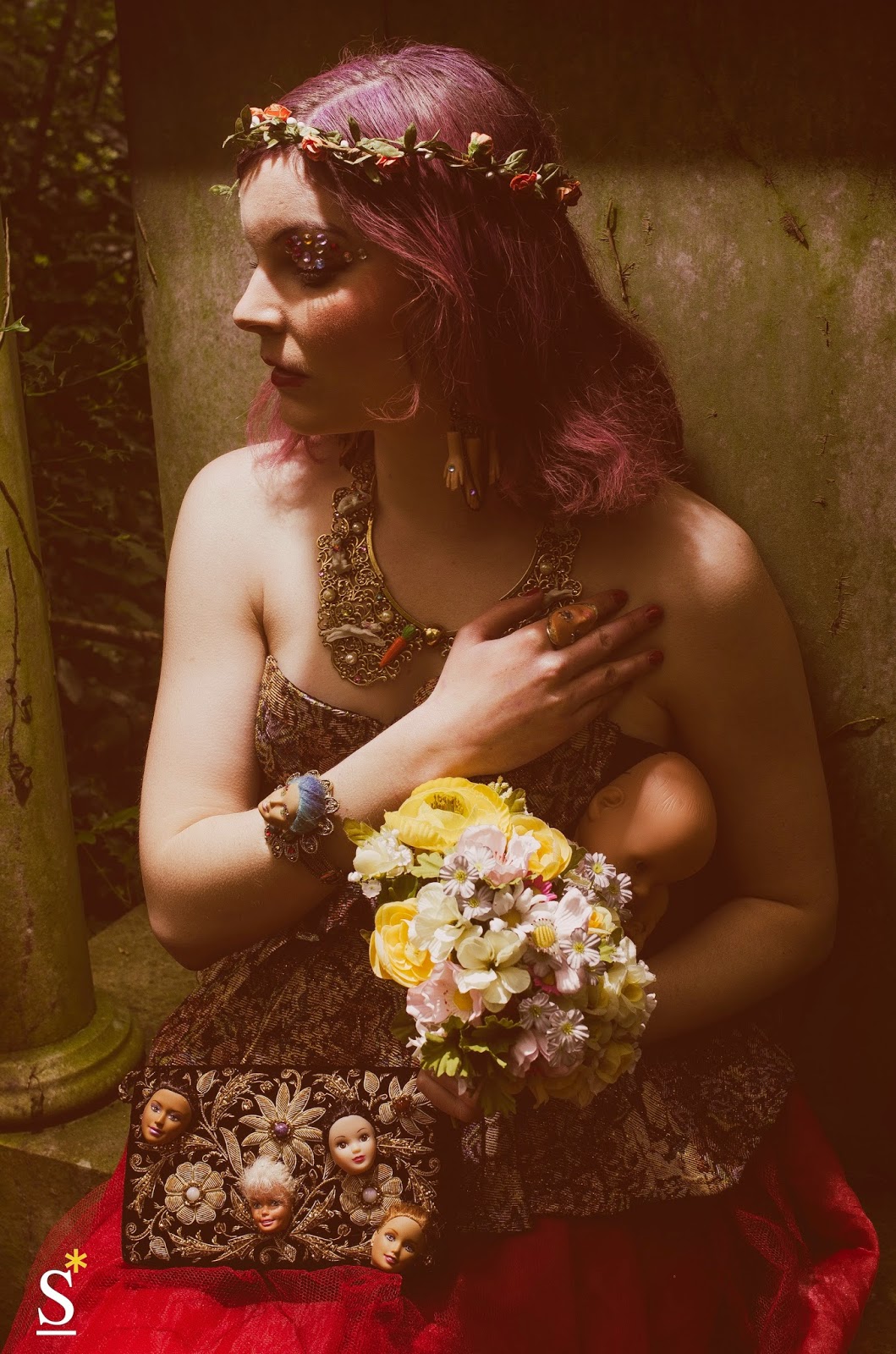