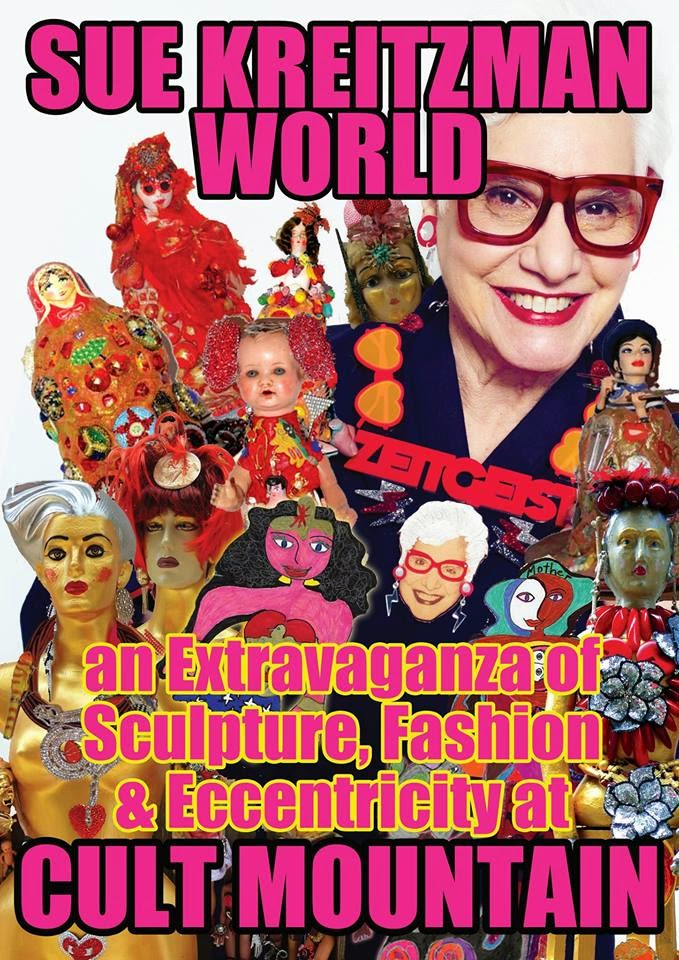 Few weeks Ago, Sue had her show at Cult Mountain full of colours and eccentricity as always.

I had the honour to have to of my pieces I made for her exhibited in the gallery. 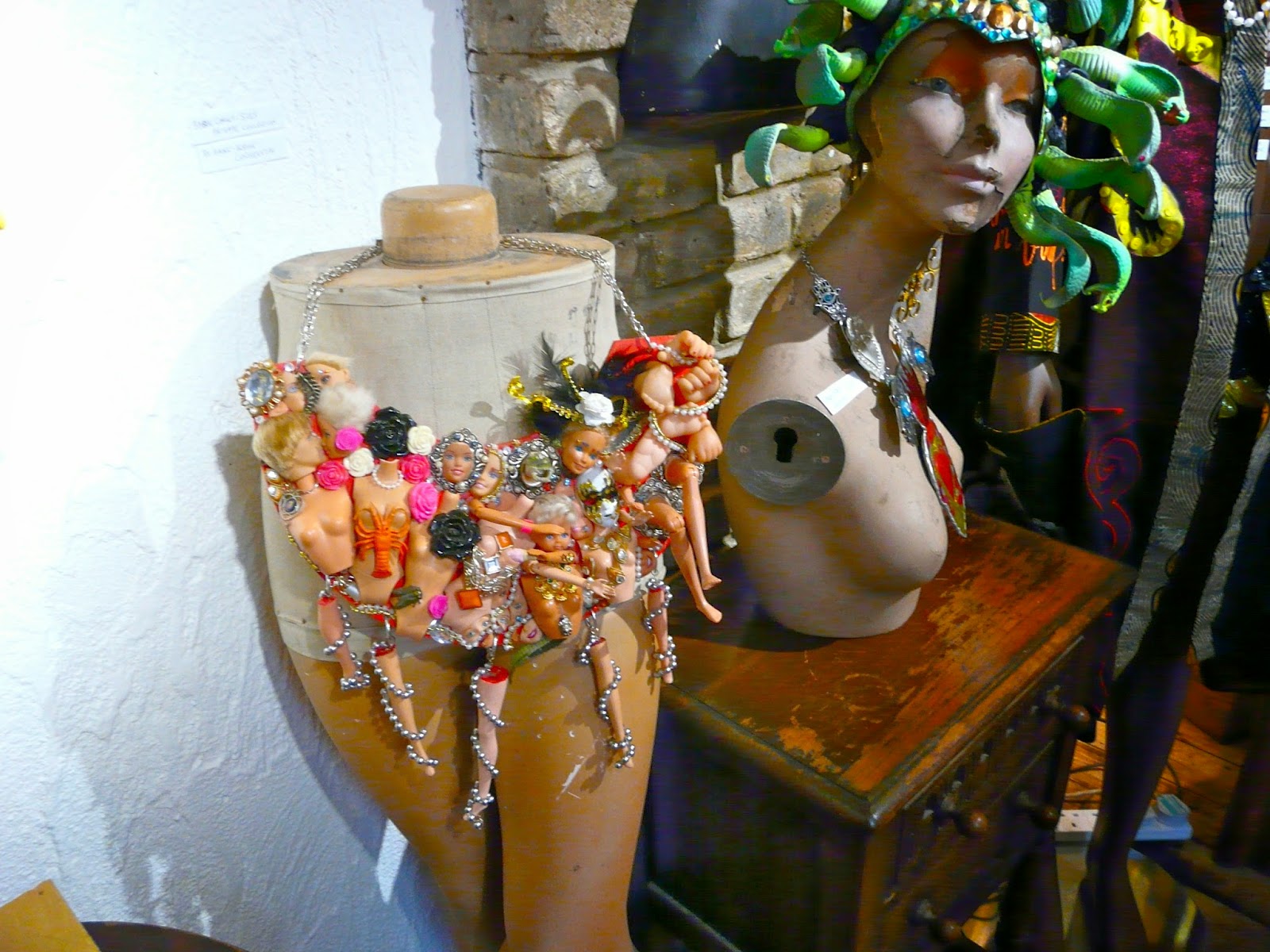 Sue loves Wonder woman, she is a strong and powerful woman herself and made a couple of pieces and necklace at her effigy. 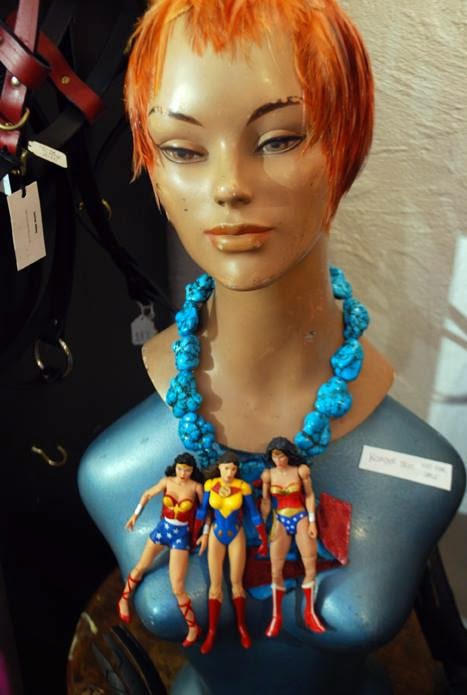 I made this wonder woman brooch trying to reproduce a "comic strip" style. I customise wonder woman bustier with glitter to make her outfit even more glamourous. 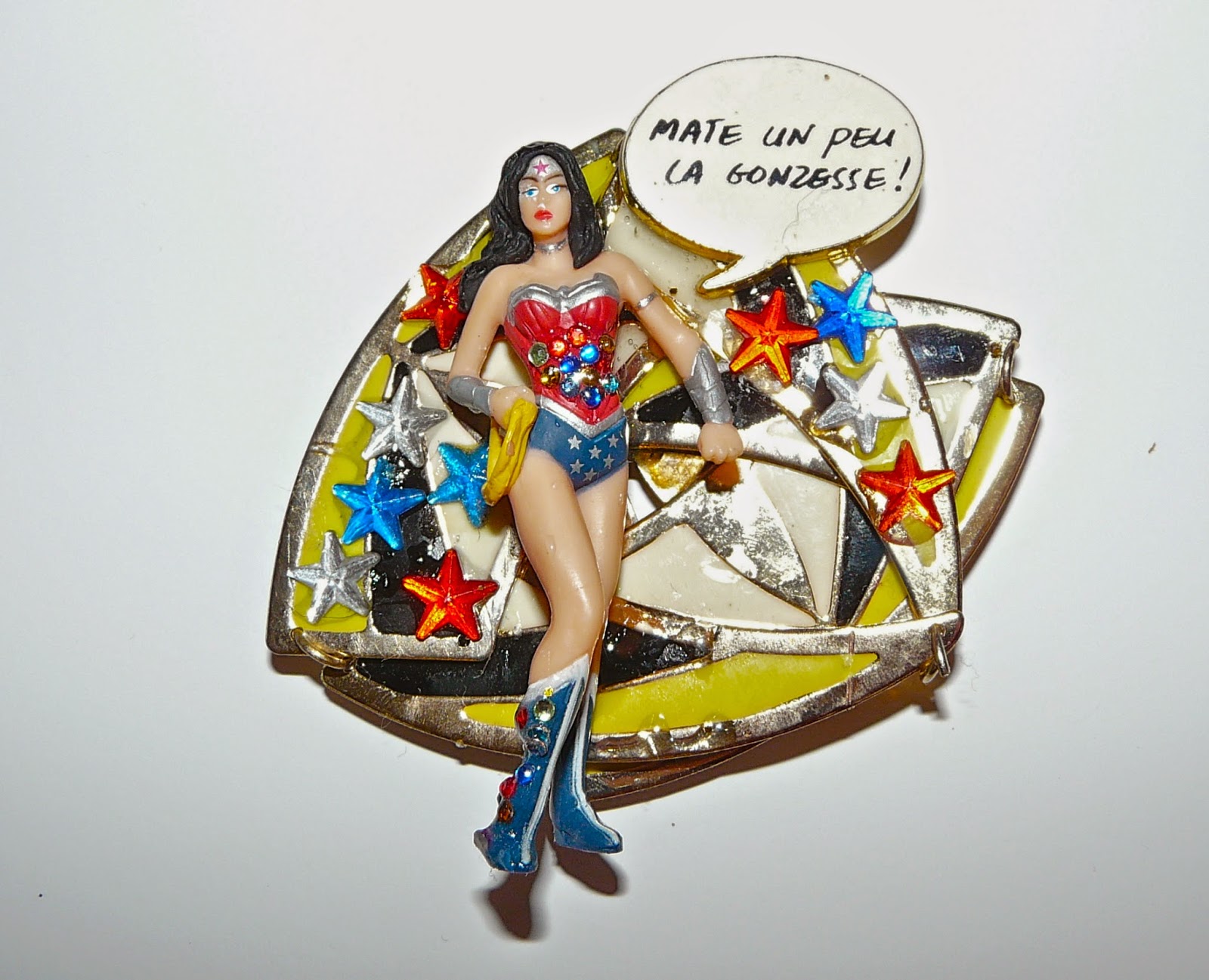 I put some rhinestones stars for the American flag and a pins cartoon bubble saying "Matte un pen la gonzesse"/ Look at this chick. That I found a couple of years ago at Puces de Clignancourt, north of Paris.  I like the idea of the American Wonder woman talking in French, a bit of Sue & me in a jewel!


The Painting of Sue and I by Ella Guru was one of the centre piece of the exhibition.
Ella also represented herself  in the painting as a little Medusa escaping from the phone (because at the point of she was painting, she had to make a lot of boring and administrative phone calls).

The painting is really colourful but their is also a dark side, from Sue's world, something hidden and secret, that you can only have the intuition of, something a bit worrying, colour exists because there is darkness, and that it is this balance between the two that makes this painting so brilliant from my point of view. 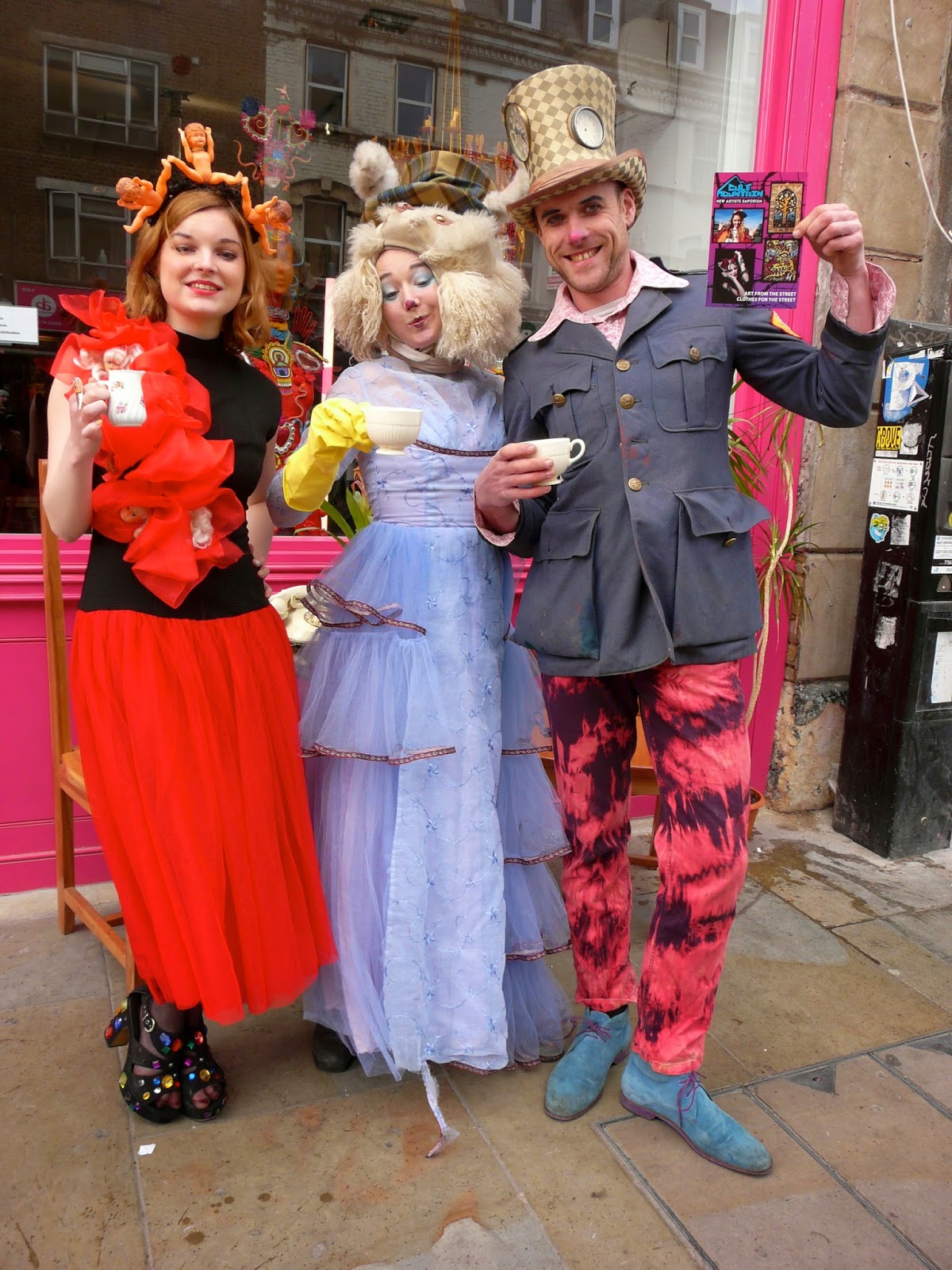 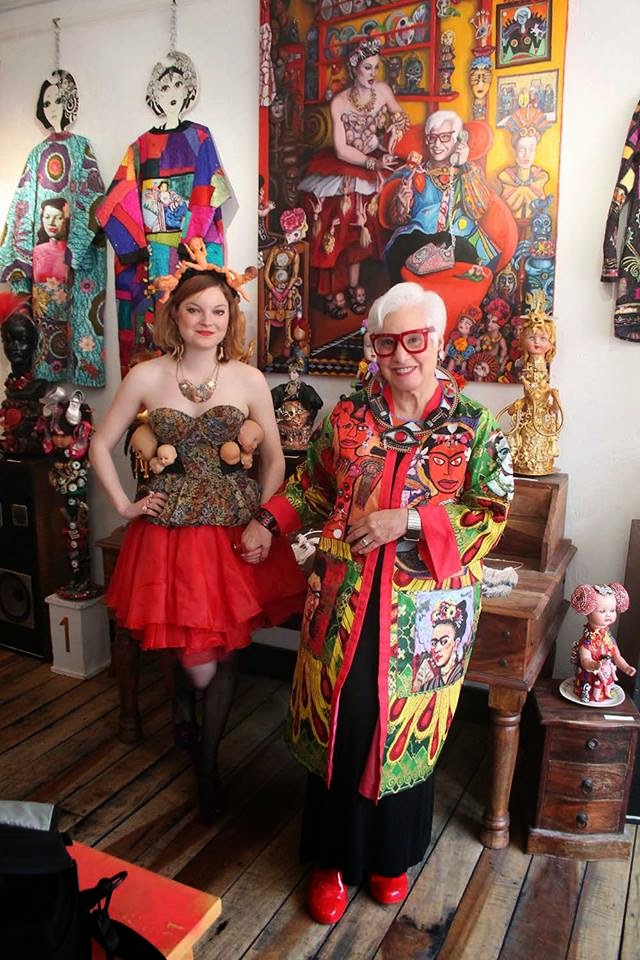 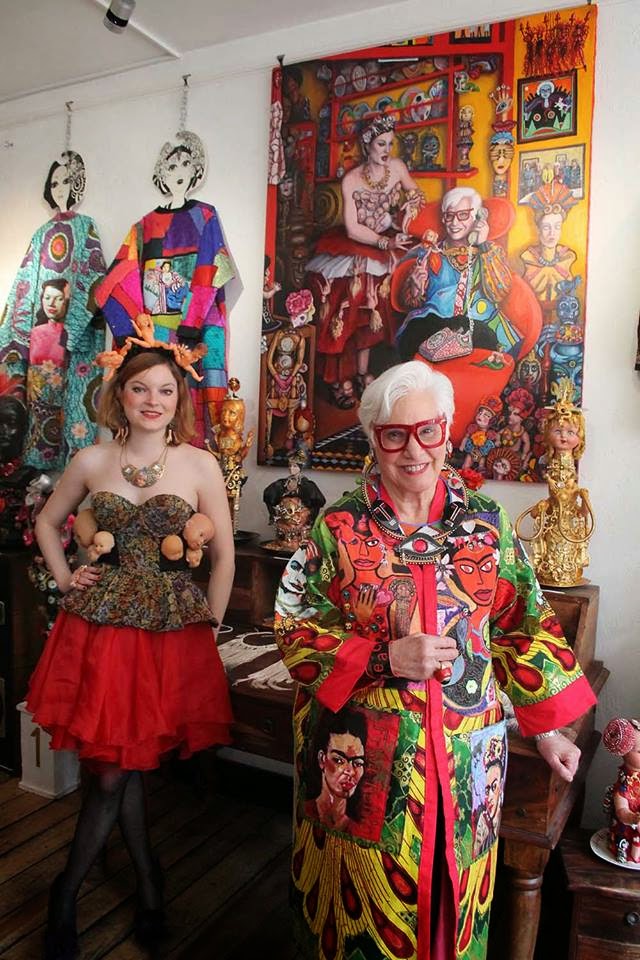 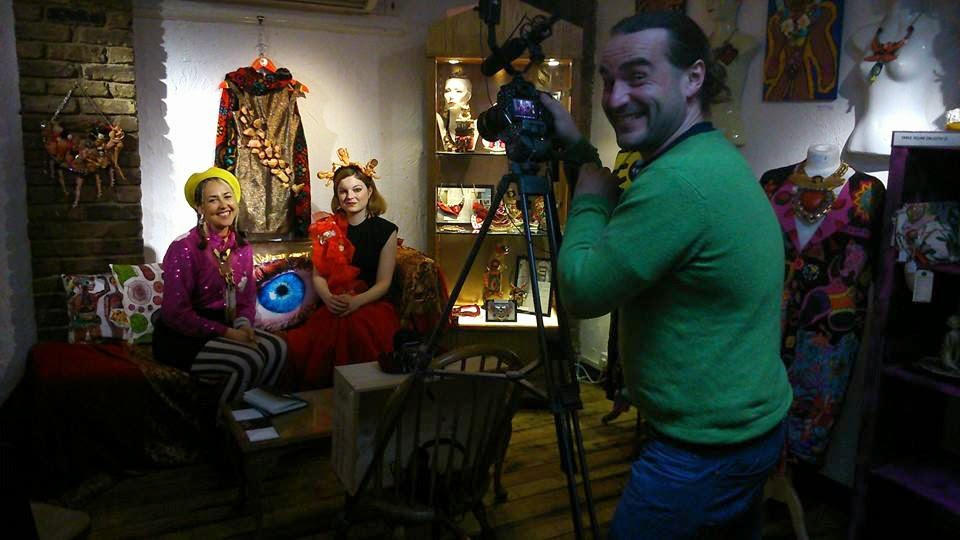 Britt Foe interviewing me for filming for ThePeoplesVoice TV! 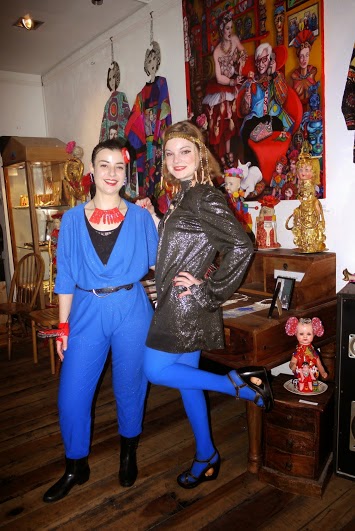 With the colourful and inspiring Maria Papadimitriou who create amazing jewels with recycle material, check her work here, you won't regret it! 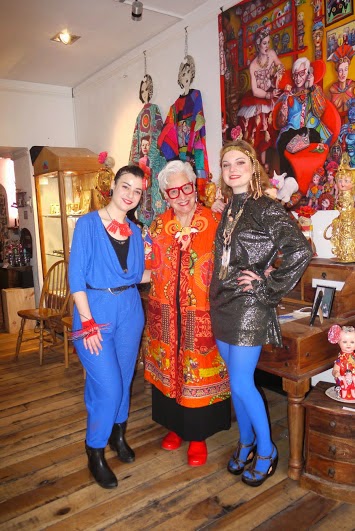 Sue Kreitzman  also loves mermaids, everybody knows about her famous story when she started being an artist: 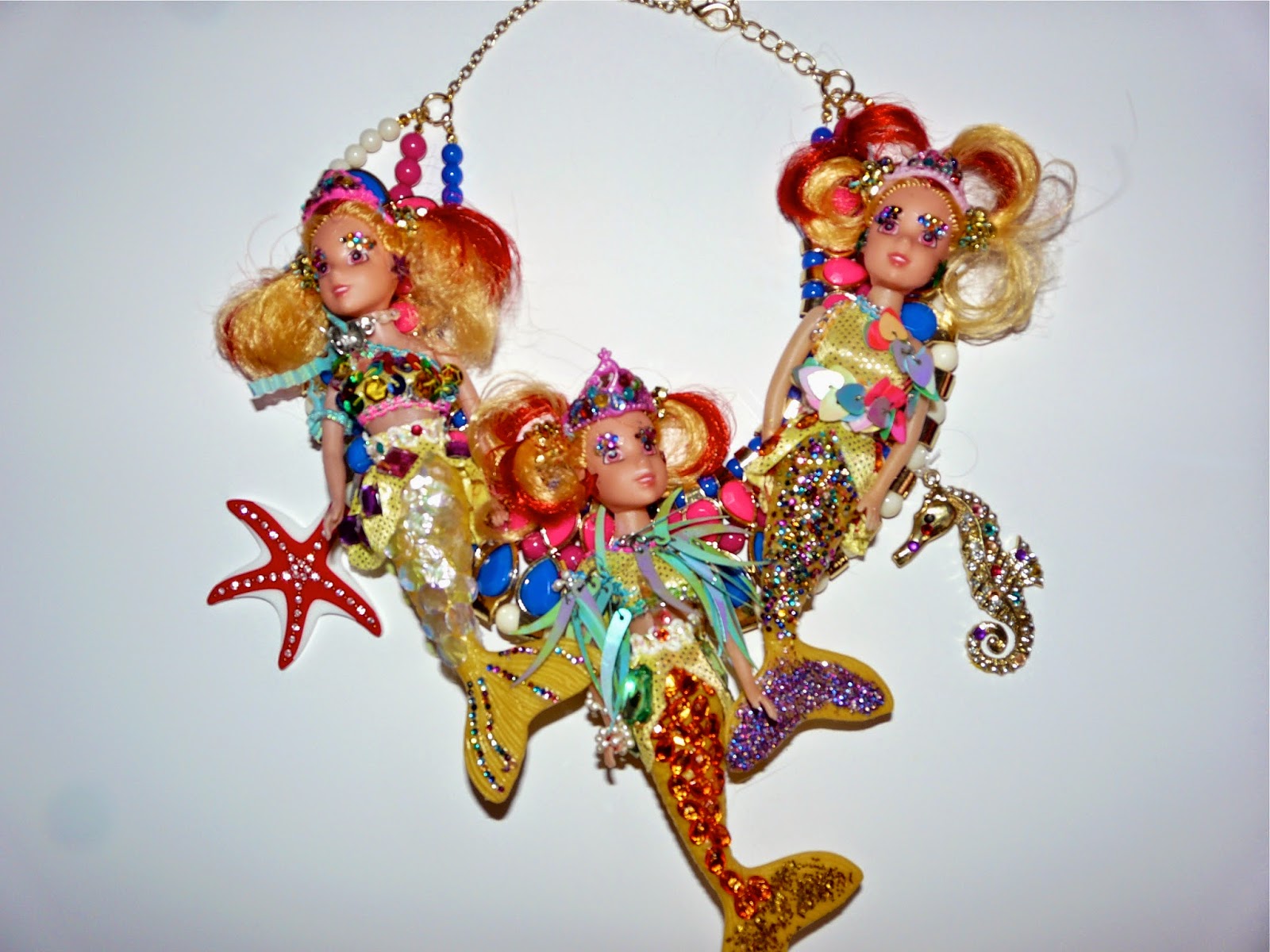 "About twelve years ago, sitting at my desk, in the process of putting the finishing touches to my 27th cookery book, I suddenly picked up a black marker and drew a female figure – a mermaid – on a piece of scrap paper.  This was a strange and unexpected thing to happen, and the drawing seemed to be occurring outside of my control.  I knew that I couldn’t draw, couldn’t paint, couldn’t even doodle worth a damn.  What the hell was this?  The mermaid looked at me, and I looked at the mermaid.  Desperately scrabbling around for some colouring implements, hardly aware of what I was doing, I grabbed a few highlighter pens, and gave the mermaid scales and a golden aura. I wasn’t in charge at all – the mermaid was calling the shots, and I was in thrall to her." 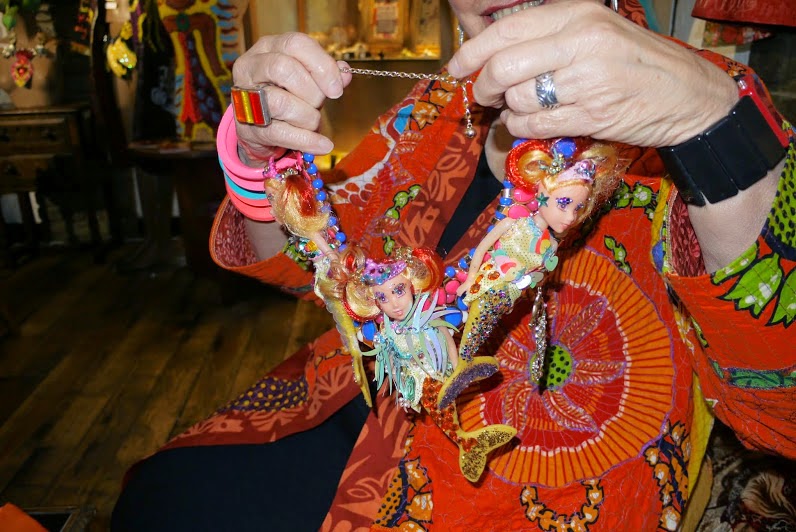 I wanted to make something rococo, baroque and over the top, with a lot of glitter and rhinestones as the pitch dolphin souvenirs that you can find in seaside resort.  I found theses mermaid in a pound shop and entirely re-make the clothes as a mini couture- mermaid costumes. 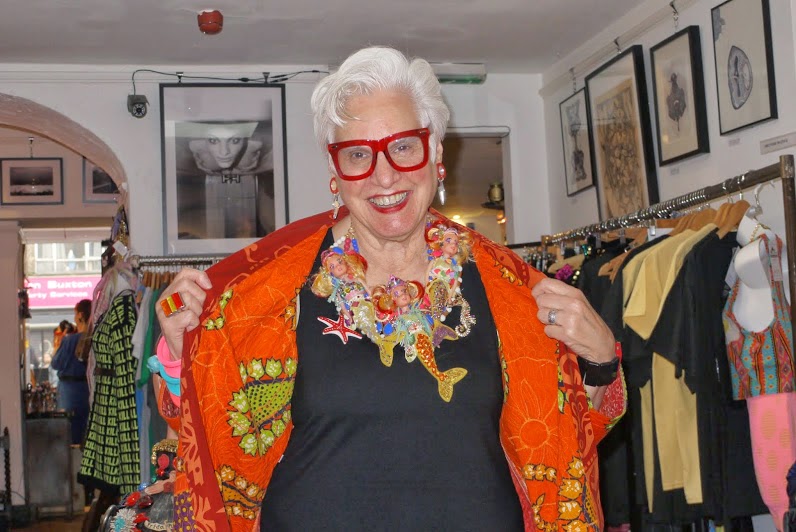 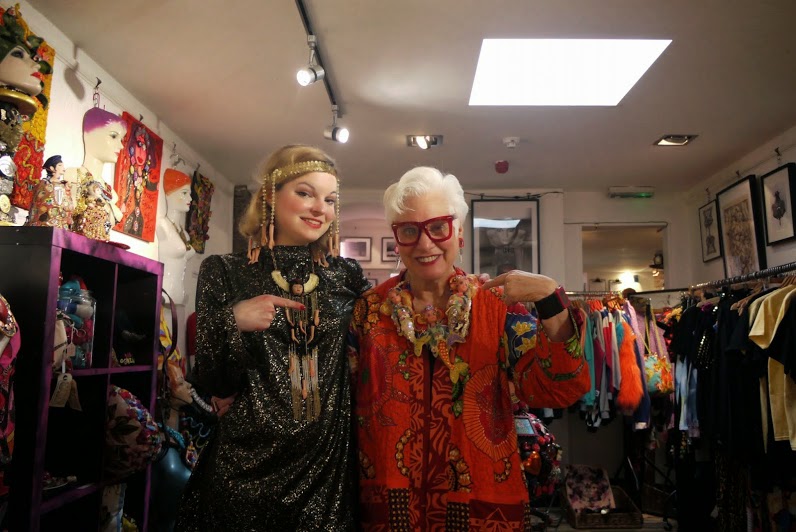 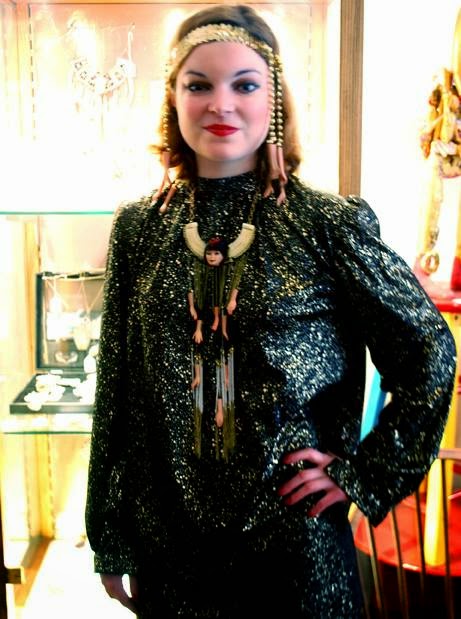 For the closing party's show, Sue asked me to make a special performance for mother day, she doesn't like mother day as it is really commercial "you like your mother every day or not", so I made a kind of anti- creepy mother day performance. 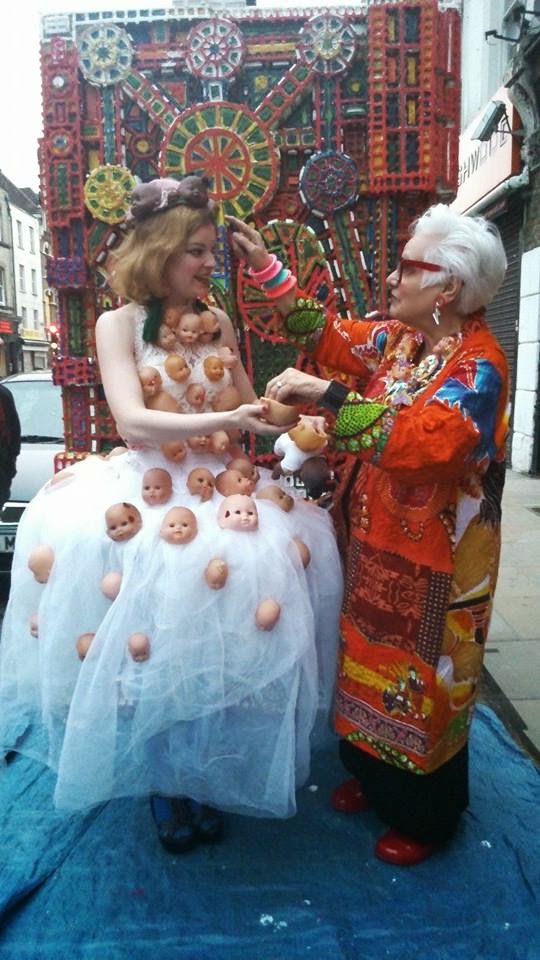 I create this costume-based interactive performance were people had to "give the love the baby" materialised by some little red heart confetti. 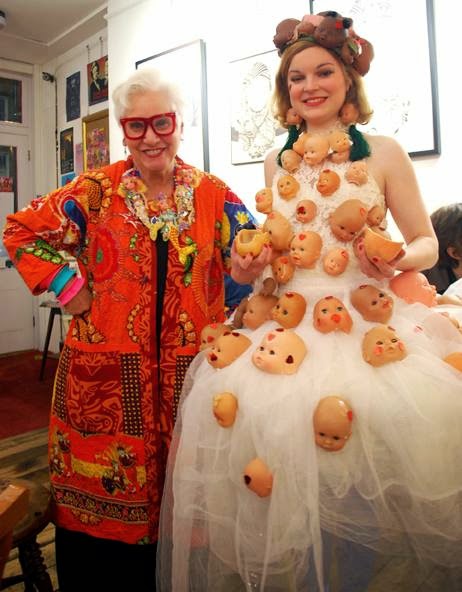 To make the dress I stitched all the dolls head I had (around 50) and create that really rigid structure with a strong crinoline in order to support the weight of the babies. 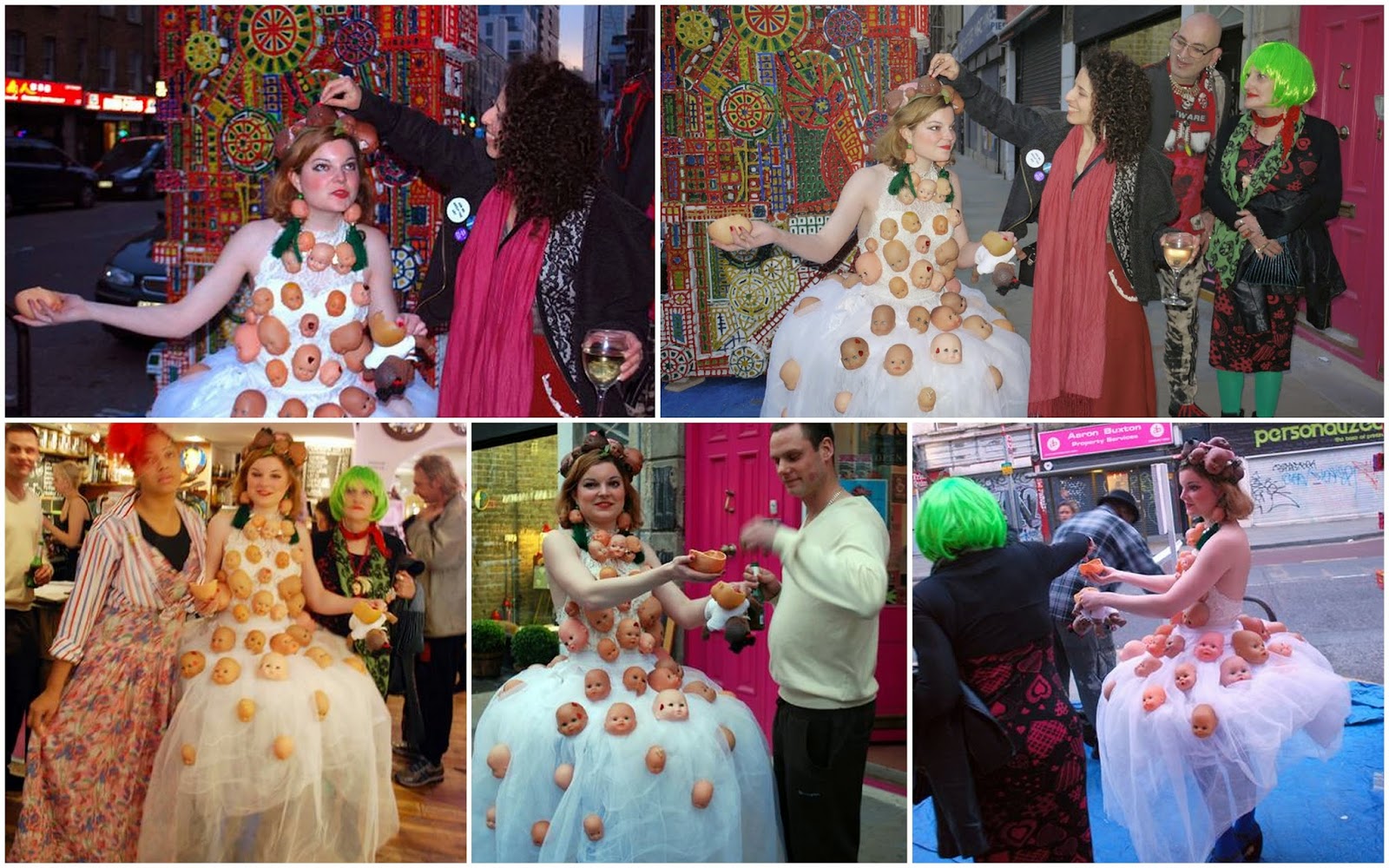 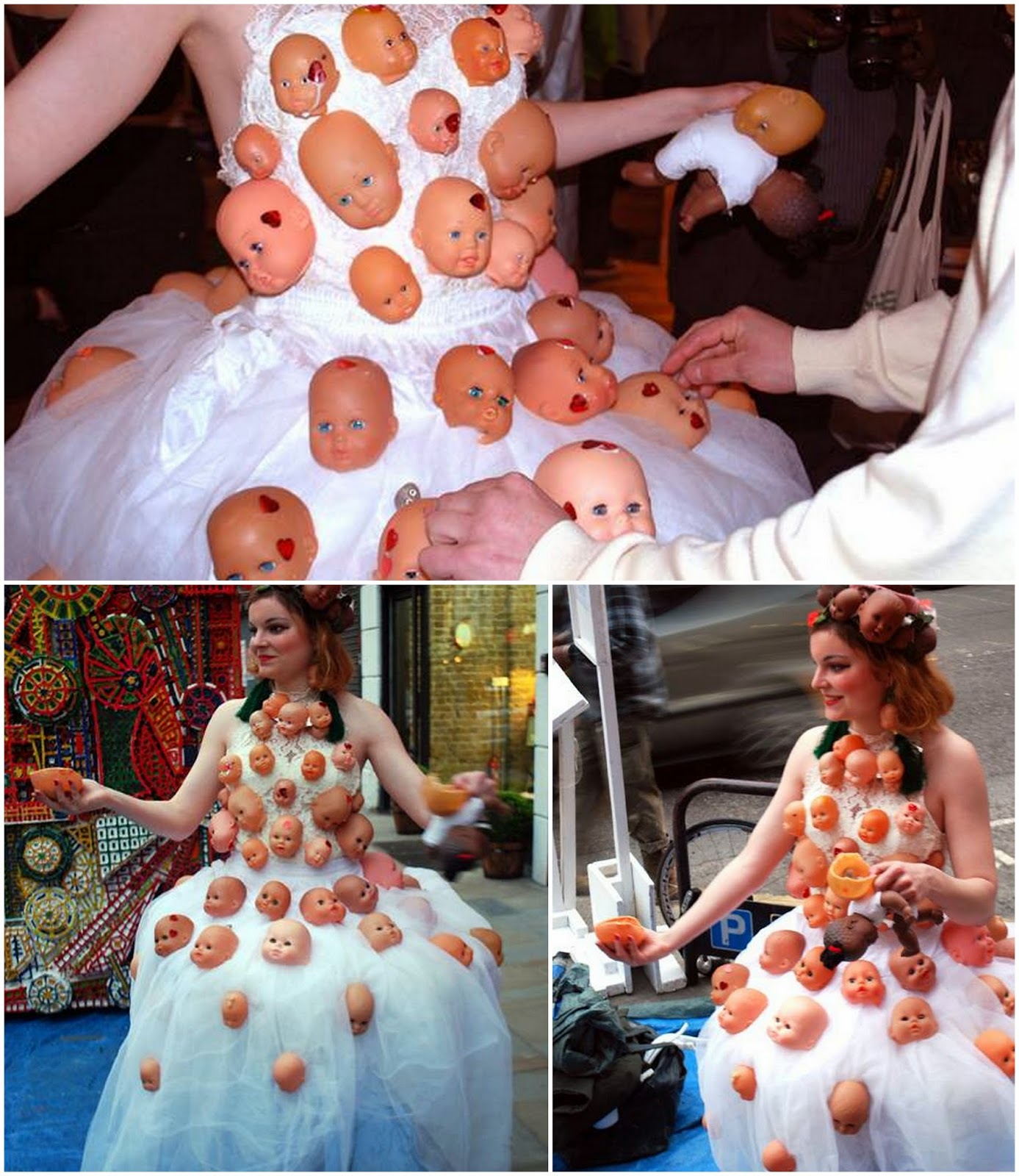 I wanted to create a kind of pagan ritual. Performance has a kind of religious aspect according to the latin etymology re-ligare, it brings people together, So I put the red hearts in a babies face, and glue in another (I felt a bit like Rafiki in the Lion king and its coconuts) 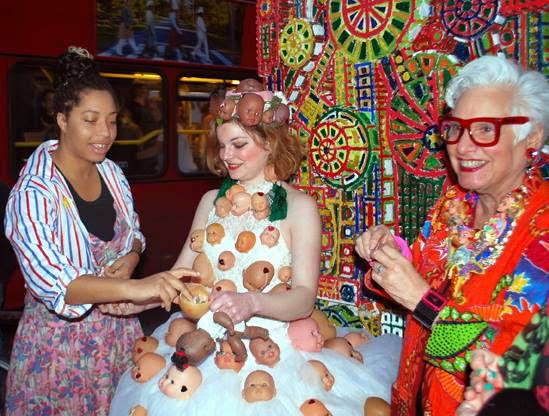 And people had to take a little heart and stick it to the babies's face to "show the love". I like the idea that the audience had to get its hands dirty in order to compete the design. 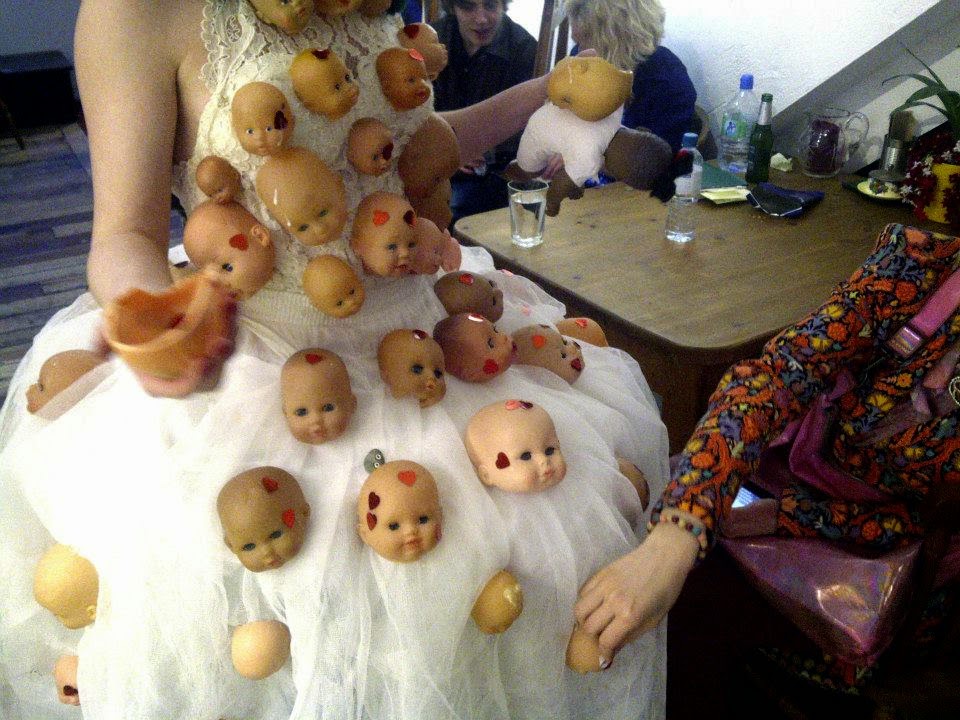 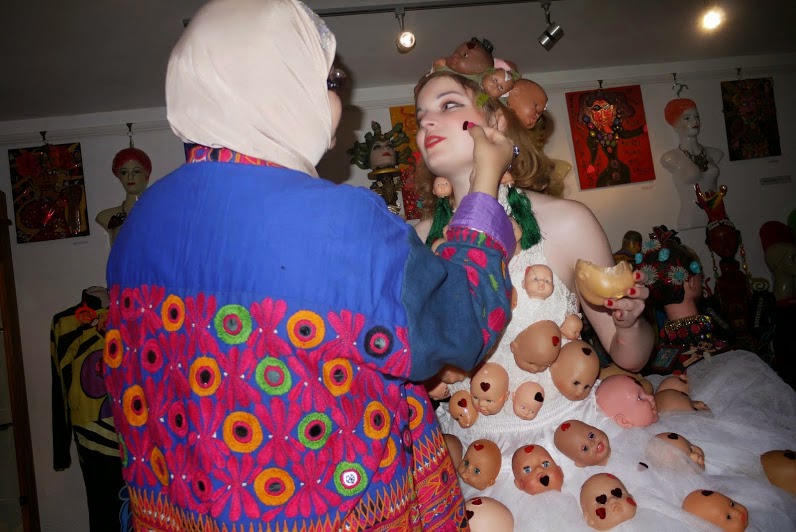 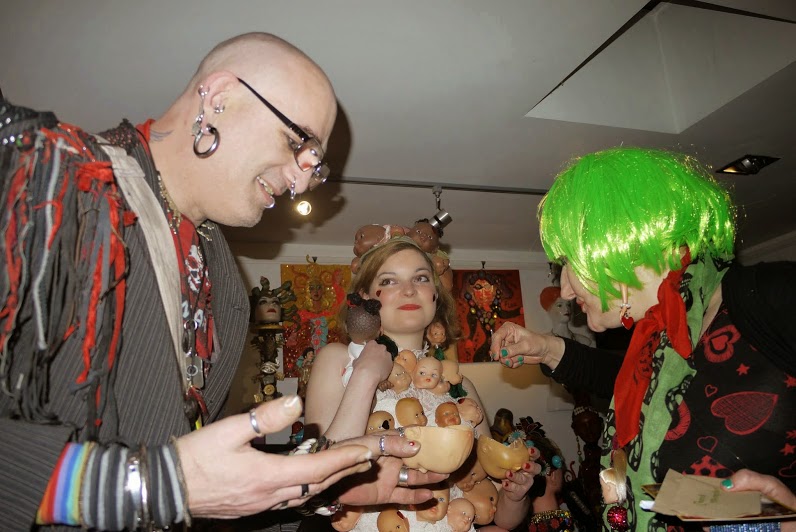 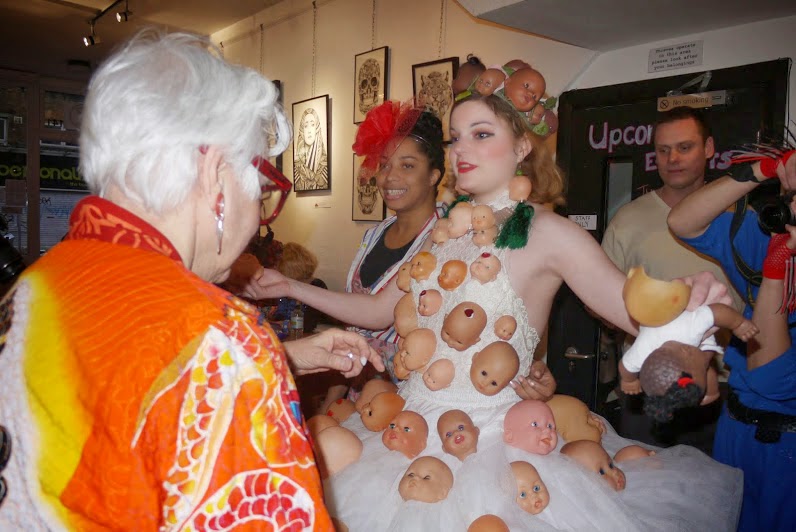 The dress was a bit too beige at the beginning,  and according to Sue"s adage, "don't weir beige it may kill you". But at the end, the beautiful shiny heart brought a touch of red to the whiteness.

Claudia is an amazing painter inspired by Chagall and Caravaggio. I love her use of colour and glitter and her never-ending exploration of the feminine figure from the past and modern life.
She made two portraits of me,