The lady in Pink

I made this costume of the creepy dolls which is narrating the story of the Lady in pink, that Ioanna wrote and sing, she created this character of this old lady who wants to stay young by drinking a magic potion. 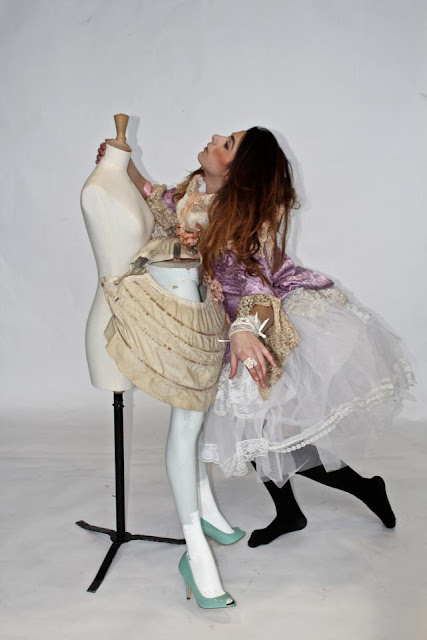 Click here to here The lady in pink song!
Ioanna's Facebook page to listen her other songs 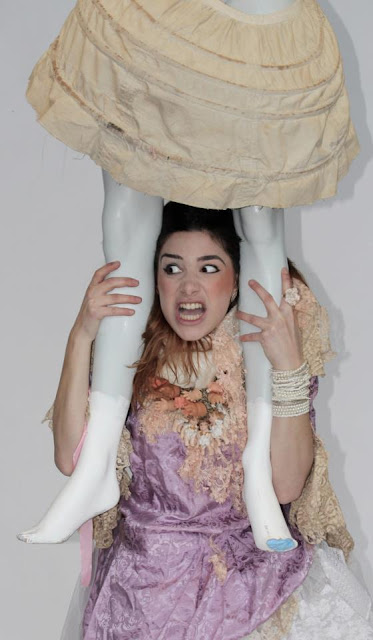 We got our inspiration from porcelain dolls but Ioanna didn't want to be the perfect nice neat one but creepy and a bit dirty, more like broken dolls.
So I used a lot of torn lace on a shabby dress with faded pink colours.  I stitched little porcelain dolls (which actually christmas decorations!). We added  the necklace with barbie hands with dolls. So it's like a "mise en abîme", a dolls wearing dolls part, like little reflection of herself. 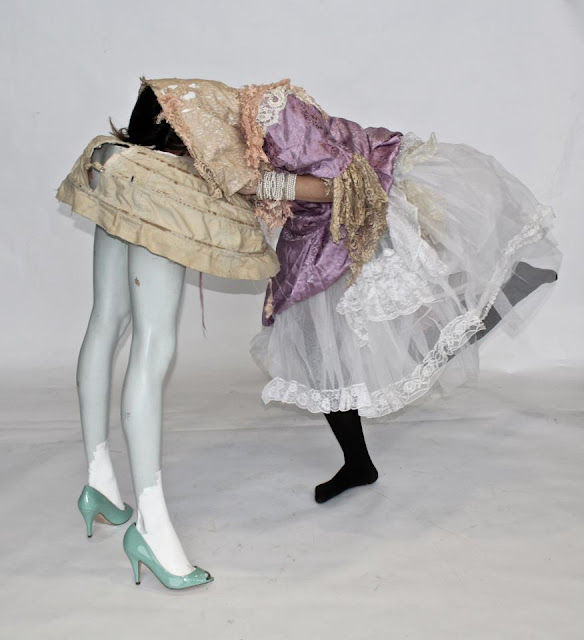 Ioanna wanted a big  collar in order to  add stiffness to the character, so I made this structure with corset fabric halfway between victorian collar, and control head collar for dog which add something really over the top to the creepy doll. 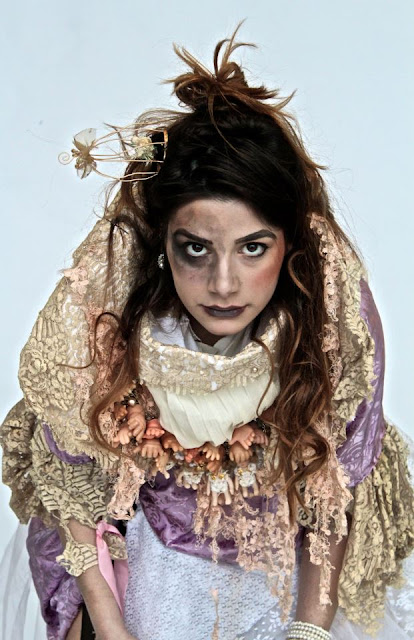 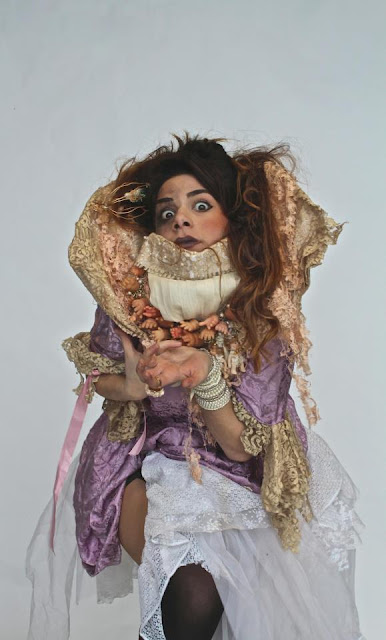 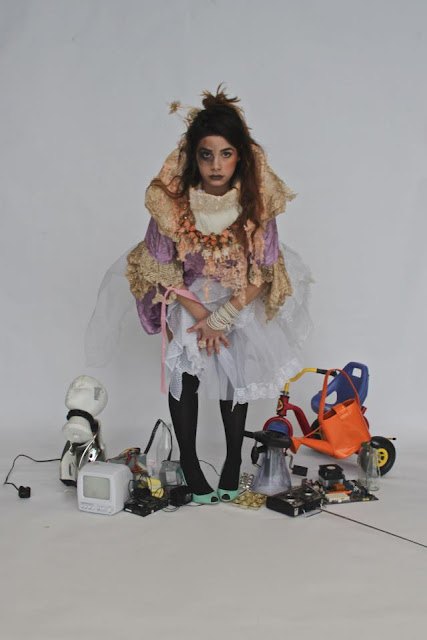 We also played on the asymmetrically of the dress by using the same lace tutu I used for my dead bride dress. 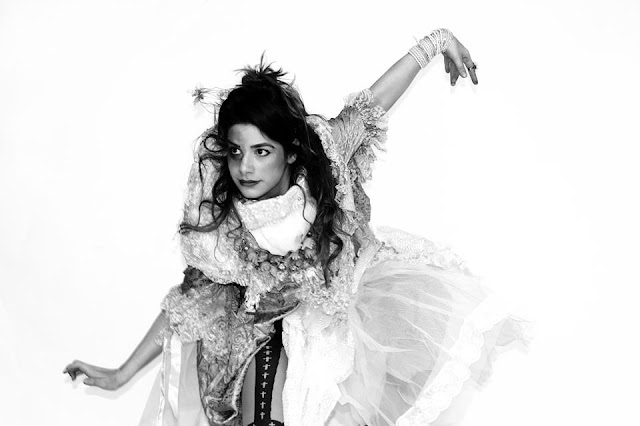 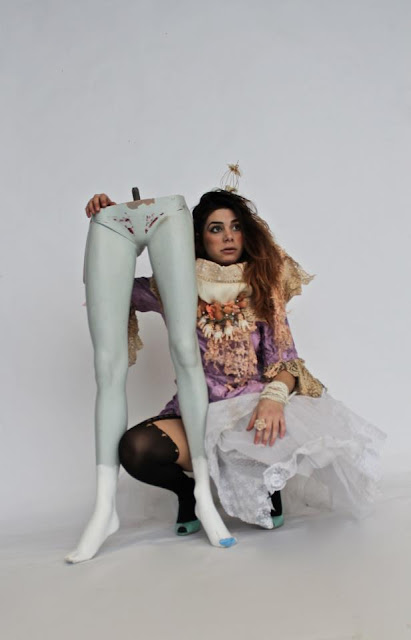 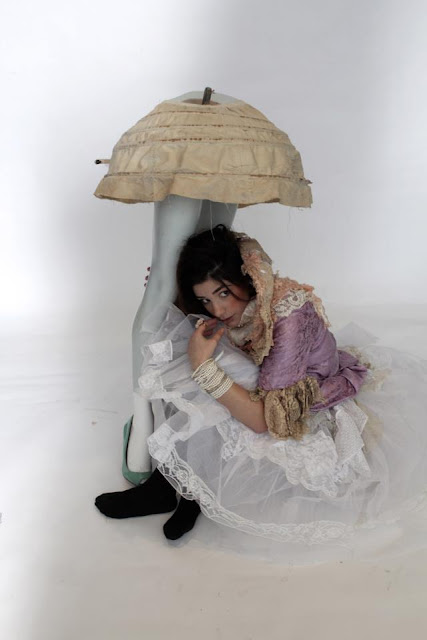 Lyrics:
In a drawer i found a booki thought to myself 'ill take a look'yellow pages faded inkbefore id time even to thinkbehind my back the lady in pink 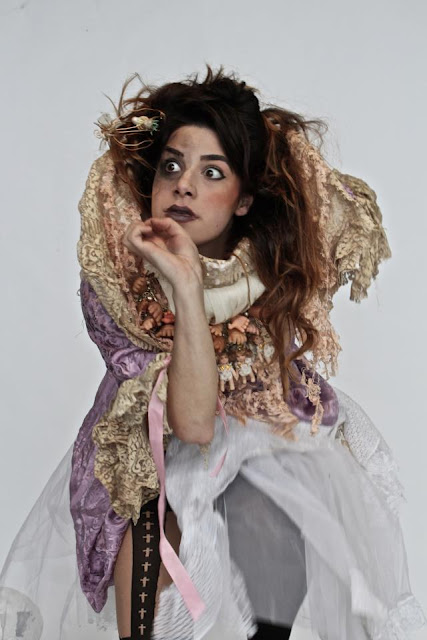 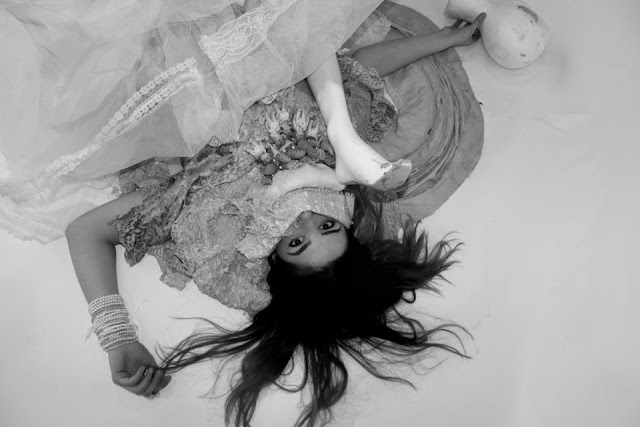 
with leather handles ivory mold
they kept her warm, kept out the cold
but didn't manage to withhold.. 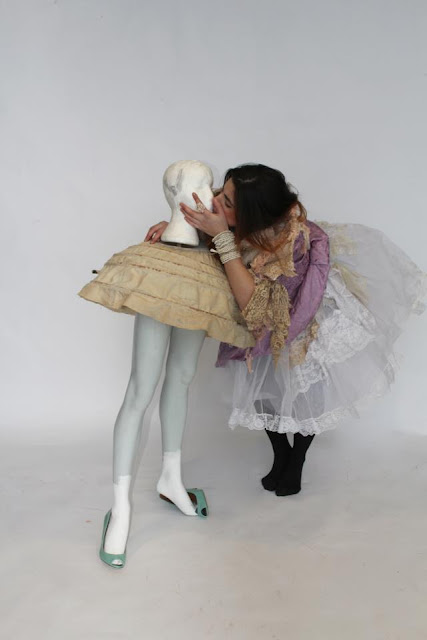 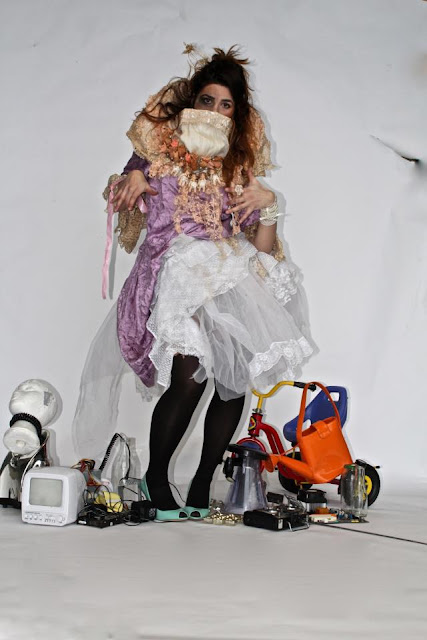 a déjà vu, a prémonition


she'll cut her thread
Was it my fault was it my ignition.. 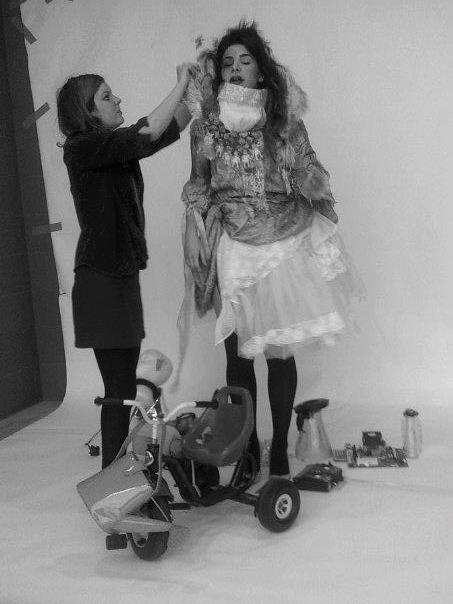 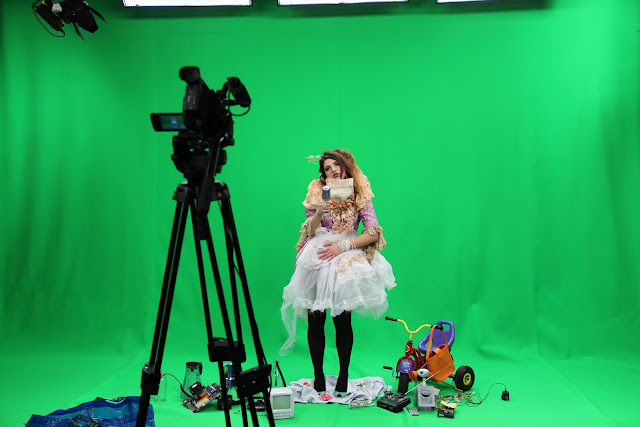 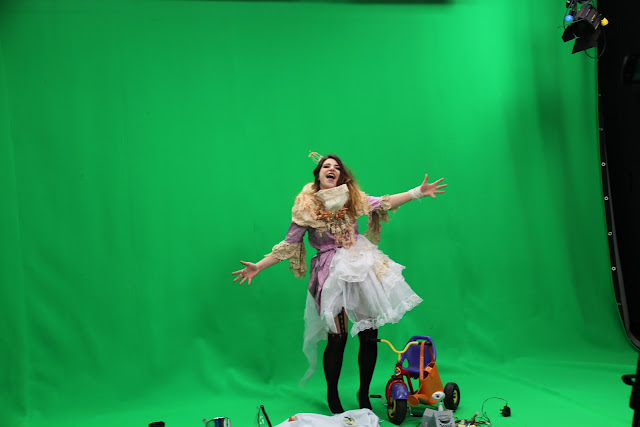 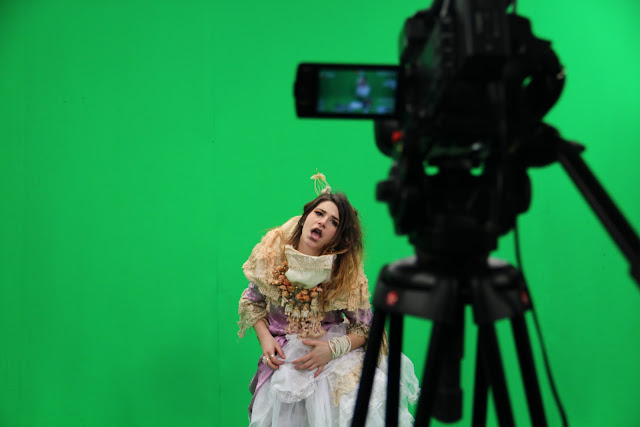 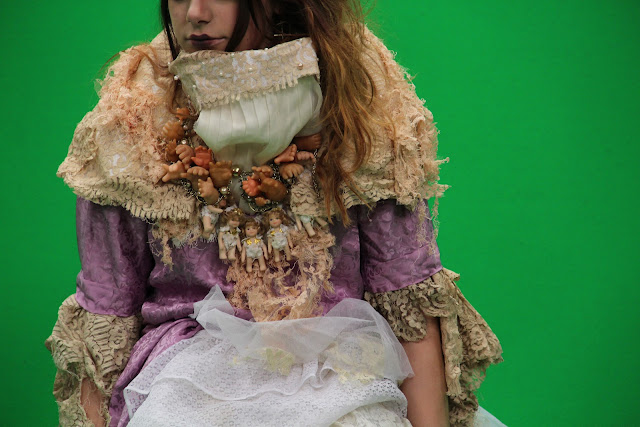 Another influence, Morton Bartlett, an American photographer  who devoted much of his spare time to creating and photographing a series of intricately carved lifelike plaster dolls. 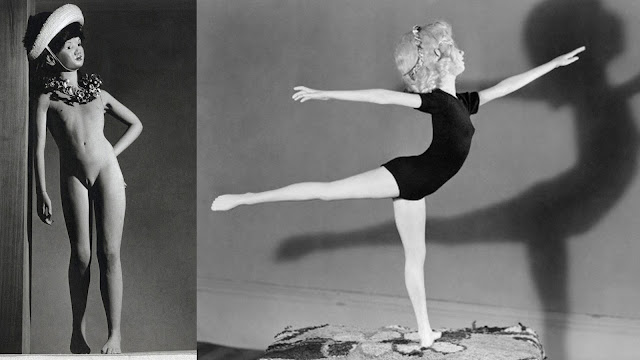 He never formally exhibited his work, though a small circle of friends and acquaintances was aware of its existence. 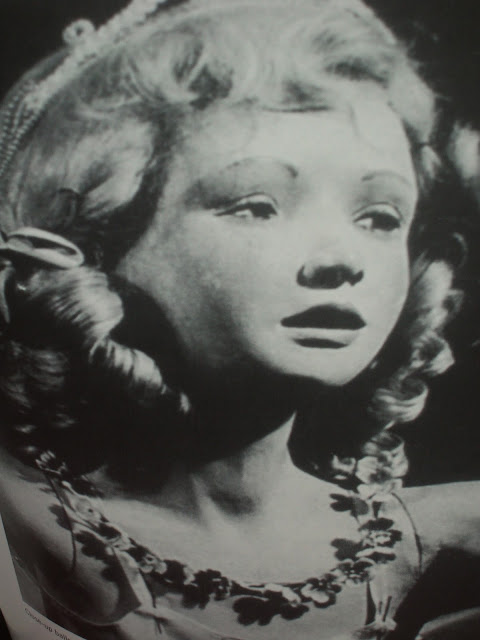 I discovered the work of Bodan Litnianski and its Gardens of Shells in Agnès Varda documentary "The Gleaners and I" (2000) and i was really fascinated by this outside the norm character. 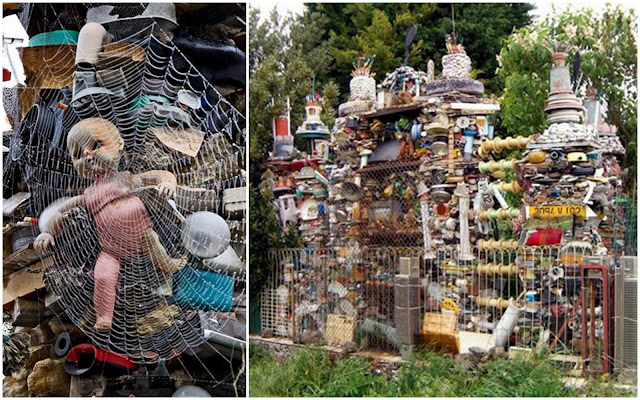 He would haunt the region and collect thrown away materials, like puppets, toys, all kinds of scrap... He arranged these objets trouvés into very colourful columns he erected in his front garden (all done very solidly, Litnianski knowing about masonry....). 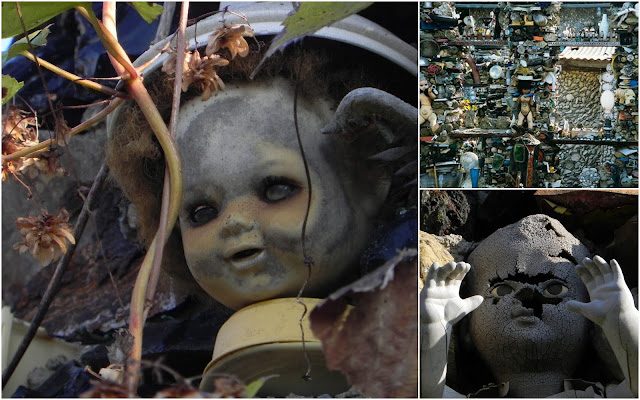 A century of fixing toys: Haunting look inside the doll hospital that comes with its own cemetery for figures beyond repair