✨London Fashion Week has been quite epic season ✨ I have been an insider & outsider, I have been designing, modelling for some shows or attending them!


I found this 70s style plastic fringe curtains in the bulky waste in the street. I entangled it, dismantled it and stitched one by one the plastic chains on a silver sparkly base, creating an interesting 3D pattern. ✨retro futuristic Paco Rabanne inspired dress made ✨from rubbish to couture ✨
I rocked my new creation at LFW where it got lot of attention... 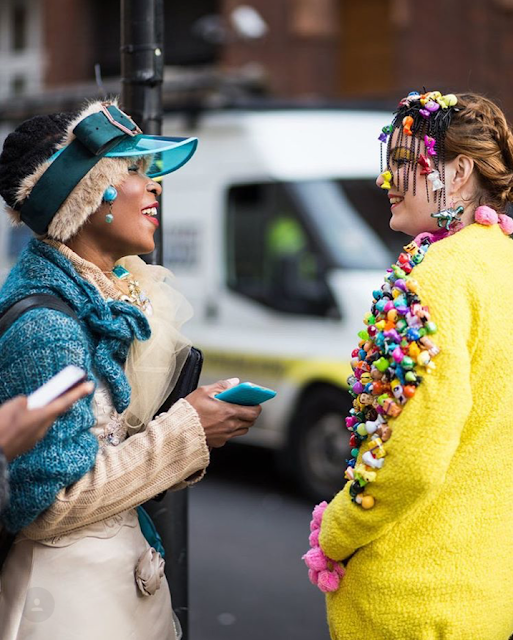 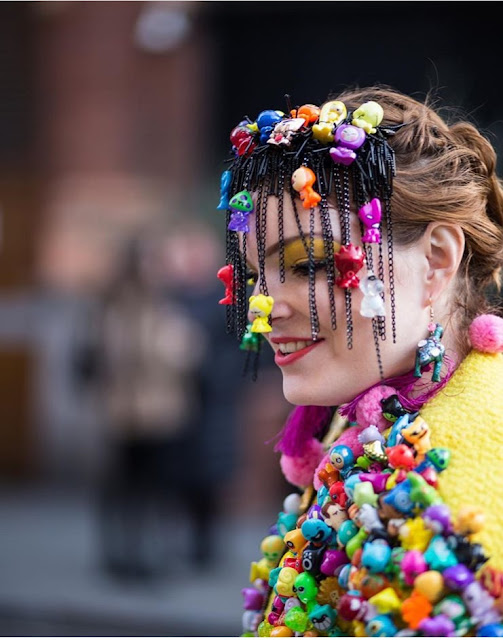 close up picture by Sians's Photography


The jacket is made as Shakespeare would say,  with stuff as dreams are made on. It derive from a very specific creative process and his the tangible product of an ephemeral performance.  In collaboration with Lara Buffard, we created a piece called "Liquid costume", (more to come soon) Where I literally rolled myself into fabric, feathers & glitters covered with glue in order to organically create a costume that would have no seams.  After the performance, scraping the mater from my skin, I kept the residue and stitched it into a black base to create a jacket that would survive to the performance.  The dynamic of the design are a reminiscence of the dance movement and the vital energy expended during the performance,  fixed by the glue that makes it unique. 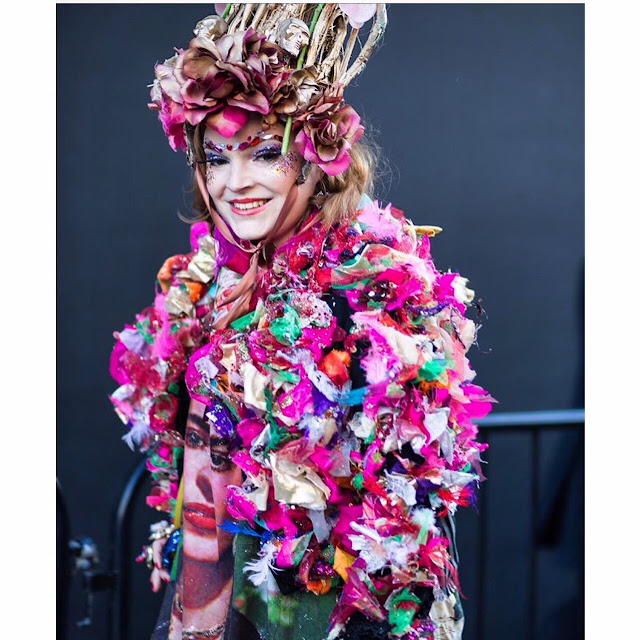 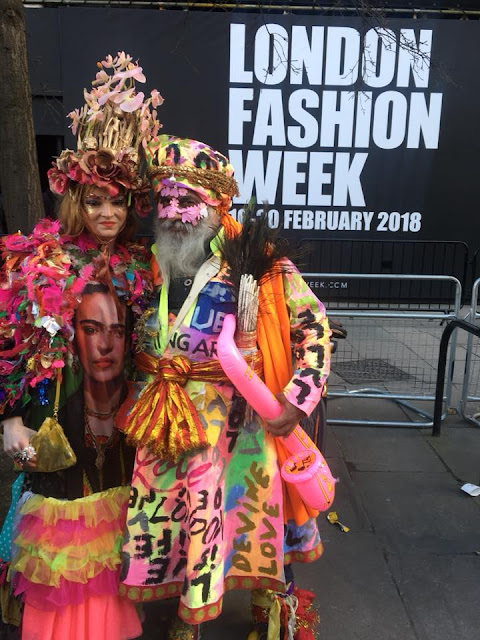 With Kala Kala, the shaman of colours, in front at the Strand, we kind of always match! 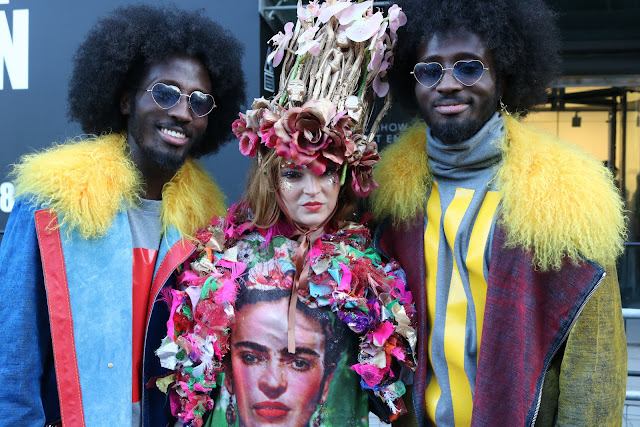 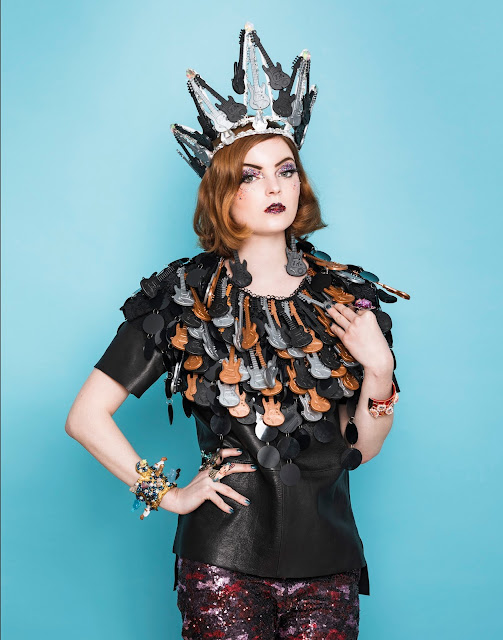 
The film is made by talented young Swedish filmmaker Henrik Ringner 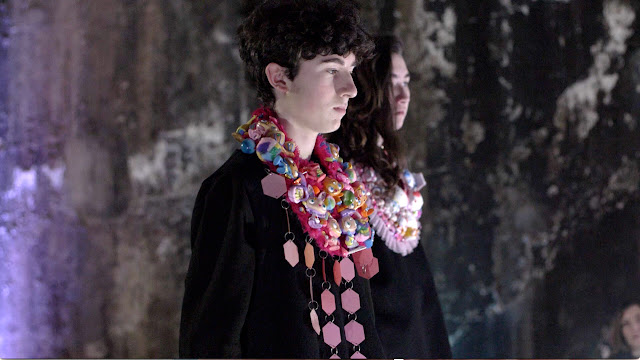 The show celebrated out 20th year in business, collaborating with so many talented new and established designers. @Works  aim was to show ground breaking designs being worn, to open eyes to all types of Art Jewellery and to encourage Jewellery lovers and designers alike to experiment with materials and push aside conventions about what Jewellery 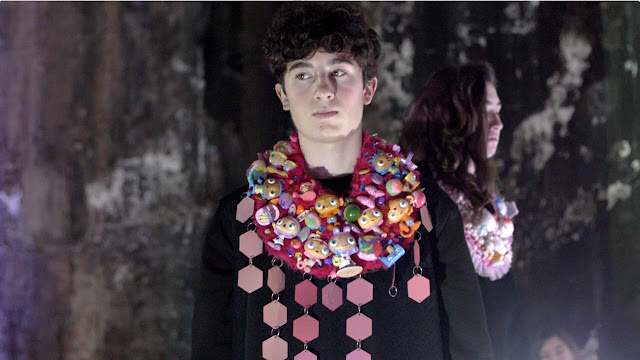 @ Work's first outlet was established in Brick Lane in 1998 and quickly became recognised as one of the leading outlets for contemporary jewellery in the UK. It stocks an eclectic array of original designer jewellery. 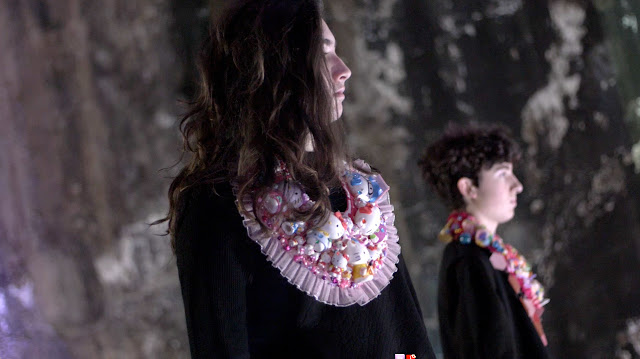 I spotted the amazing shop on Bricklane when I moved to London in 2011, as obviously I have never seen a similar gallery in Paris.  Later, Sue Kreitzman introduced me to the gallery owner Adele Tipler who accepted to stock my pieces. Seeing them showcased in the window among other amazingly creative and groundbreaking design was the first step of fulfilling my dream.  Then, the gallery in Bricklane closed because of rent issue and merged with the one in Pimlico.  Still based in East London I kind of lost touch with the shop for years until they offered me to be part of the catwalk show and the exhbition at the gallery. 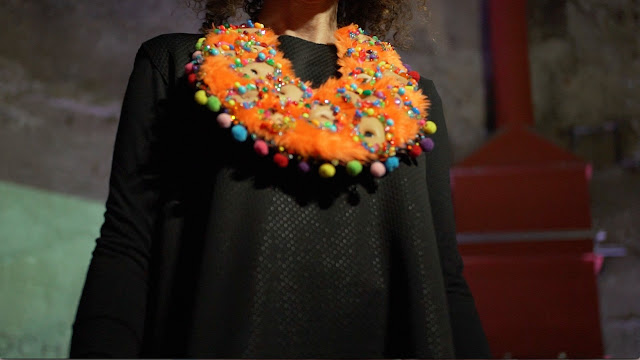 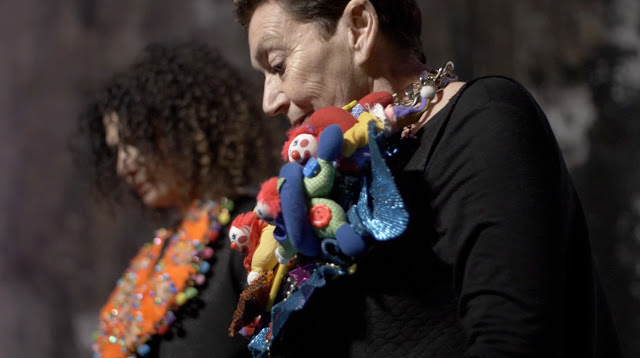 In the show, I loved the playlist where each song was handpicked especially for each designer with a designated piece of music for each run and also the diversity of models, young and less young, male or female. 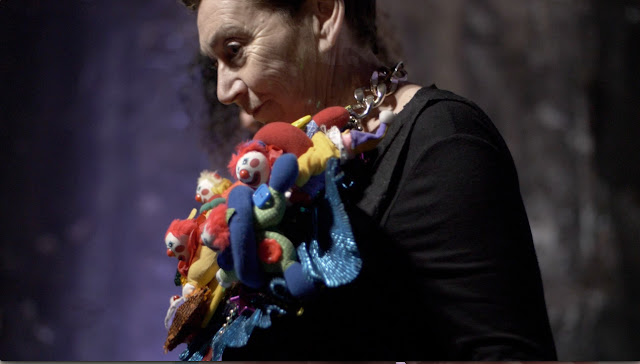 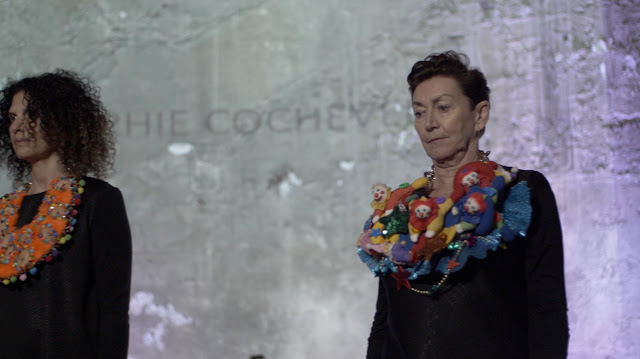 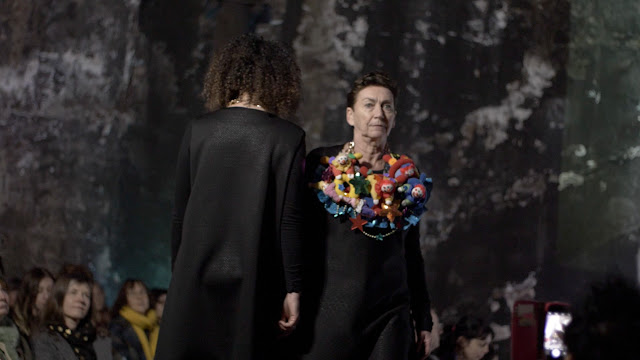 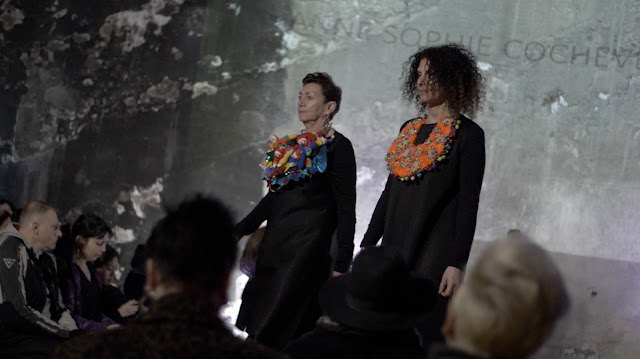 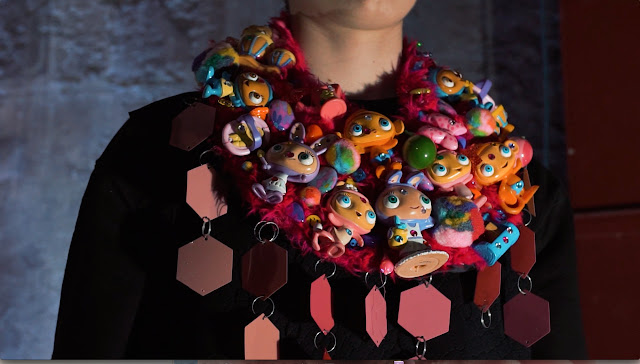 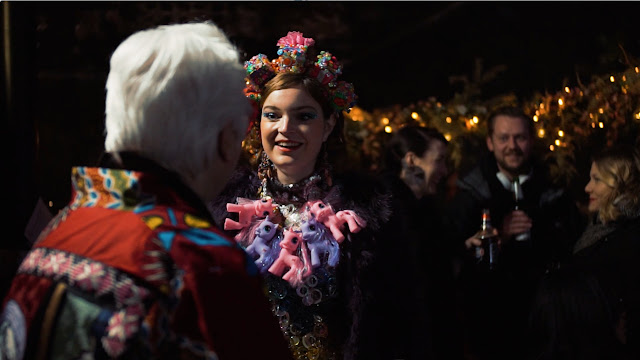 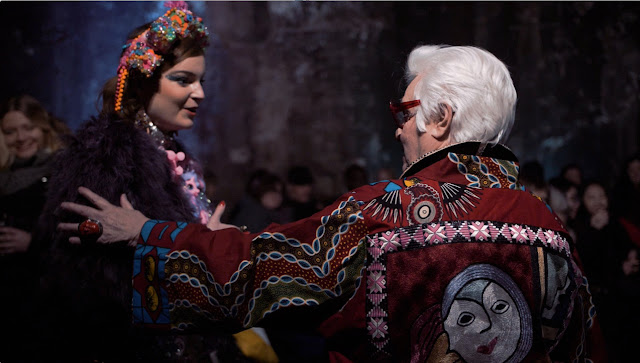 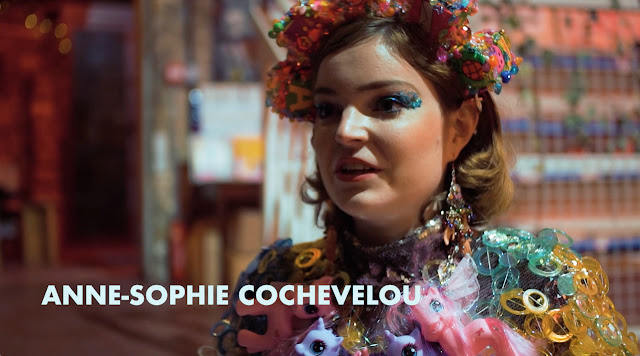 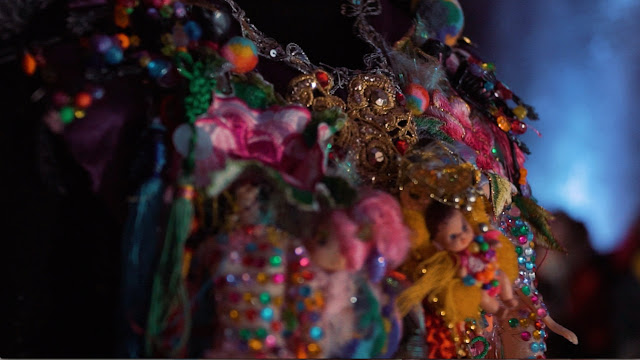 Last but not least, point presse:

To crown it all and finish fashion week and finishing Fashion week on a high note, I have been featured in "Vogue" Italia  the Bible of fashion 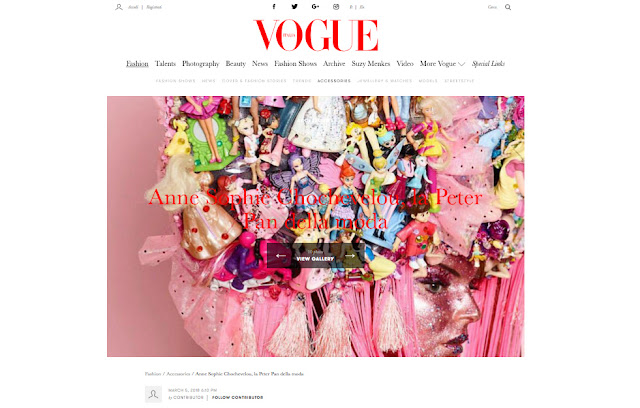 Proud to be featured in@vogueitalia and be qualified of "the Peter pan of fashion” and "mythical rainbow warrior -the dream of a lifetime -, This is a consecration and seal & approval to be acknowledged by such an authority in fashion world. It proves that alternative fashion & wearable art has its Place aside established more commercial brands. 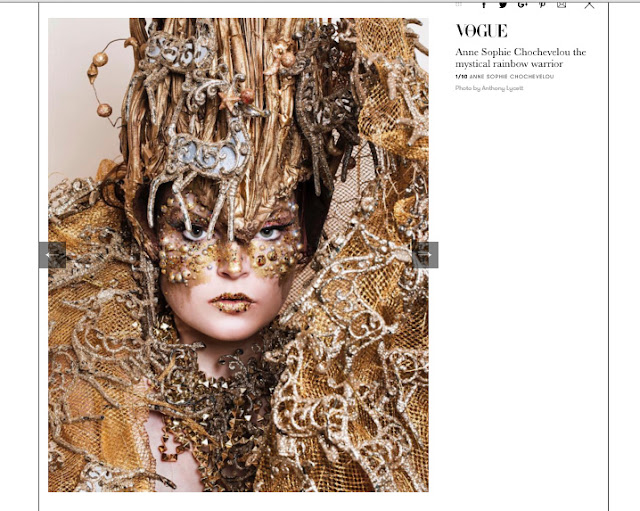 after articles in Chinese, Japanese, Spanish, Italian is an other to add to my collection of polyglot press review.