the Art of Sewing

« The Sewing Circle Rethread »  gathered 23 Artists exploring the beauty of needlework in the arts and crafts at the Saint Pancras gallery in Camdem.
It is a very nice collective show to be part off, as a lot of artists are also friends, and it is like a family exhbition where the atmosphere is warm and kind.

Look at me in the eyes by Michele Martinoli
On a orange fury fabric base,  hand stitched  vintage dolls eyes adorned with beads & pearls  the best part is that the open and close, winking at you! 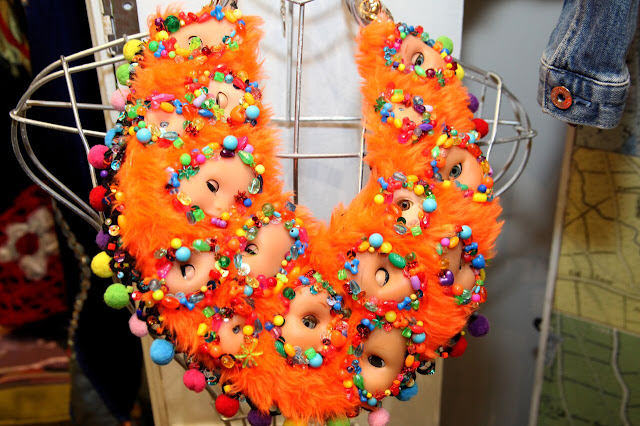 I realised this statement & uncanny neckpiece during many night shoot of extra work on set in order not to waste my time.  It is funny to see the other Supporting Artists reacting to work, even the costume team intrigued, asking me what I am doing. Someone even though I was making a mat for my toilet because of the semi-circular shape! Sewing work is often depreciated as it is associated with woman's craft or household task.  A laddish guy thinking he was making a fun joke  told me "when you finish with this, can  you sew back the button of my shirt?"  as if it would make me happy, comparing my practice to mundane  uncreative task. as if you see a painter and you come to ask him "could you come to paint my kitchen?".


I find very interesting that an exhbition focus on sewing work at it is often considered as minor art.
First, it is the best technique to use to create wearable art the the use of thread & needle in the strongest  technique to keep element together compared to glue.  It takes more time but the effect is just better & stronger.

Textiles and embroidery, traditionally dominated by women, have long been perceived as inferior to other art forms due to the privileging of masculine spaces.
the words “textile” and “text,” coming  from the Latin word textus, means “fabric,” “connection,” and “interwoven.” Our culture evolved in such a way that it was mostly men who interwove words to create texts, as words and language became carriers of power and law. The interweaving of threads was reduced to “women’s” work, an unexceptional craft compared with the intellectual “weaving of words.” Its function – to decorate and to provide warmth and comfort – was synonymous with the role assigned to women in traditional cultures. Despite the technical complexity and visual richness of some textile and embroidery techniques, because of the word “feminine” these works were not considered on par with painting. The dominant “masculinity” of painting is evidenced, in particular, by the use of the words “writing” and “reading” with regard to paintings.


November was marked by a new addition to the family, our Birman cat Bonnie who have been the new victim of our photographic experiments. I like the combination on the picture the dolls hair and cat fur hat give a feral dimension to the piece. 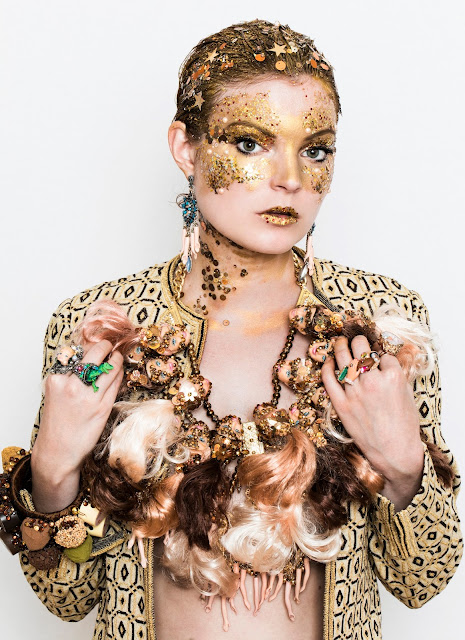 
Later during the month a "meet the artists gathering" was an opportunity to view and buy artworks as well as meet and chat within a gathering of vibrant colours in fabric and fashions.
I was wearing a female clown costume as an everyday life dress. I love he idea of wearing a costume theatre as an daily basis dress in order to blur the line between life and performance! 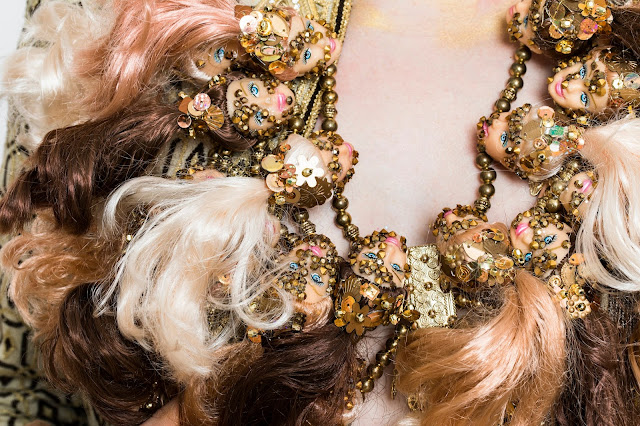 Each dolls had been adorned by golden Swarovski crystals on the face and beads and sequins hand-stitched around their pony tail. 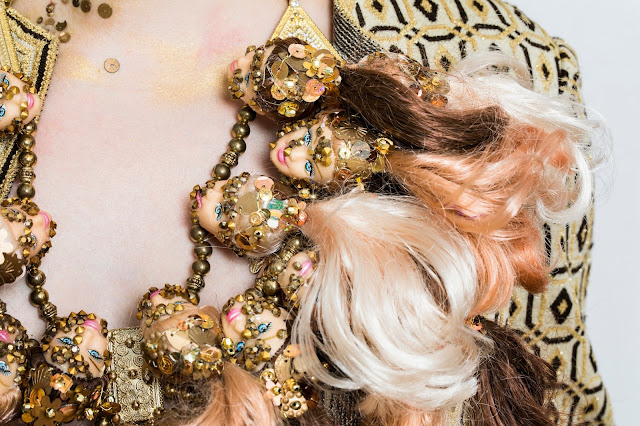 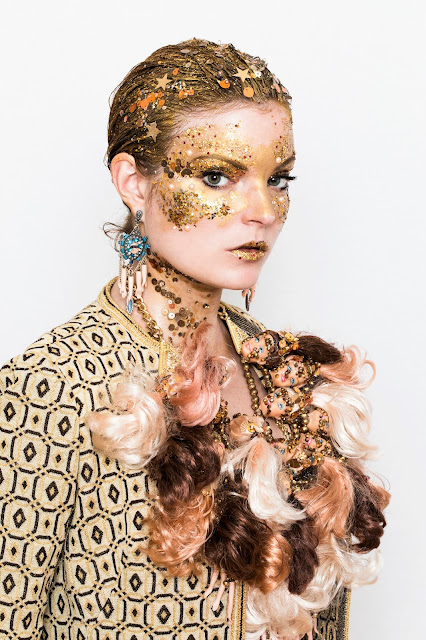 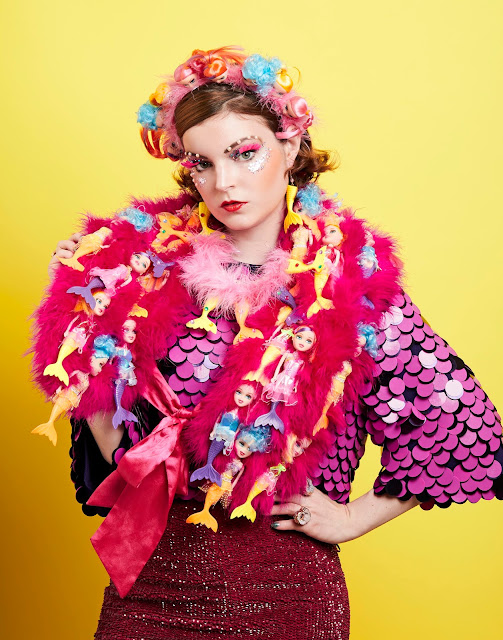 A friend tagged me on a Facebook status of someone offering a full bin mag of mermaid toys given to her local charity shop. They couldn't sell it in the charity as toy as they didn't have the CE label. I jumped on the opportunity and on my bike to collect the precious non conforming goods which was gold for me.  I didn't anticipated it will be so many so after walking few hundreds meter with the 3 full bins bags alongside my bike, I had to resolve myself to call my boyfriend to pick me up in the car. 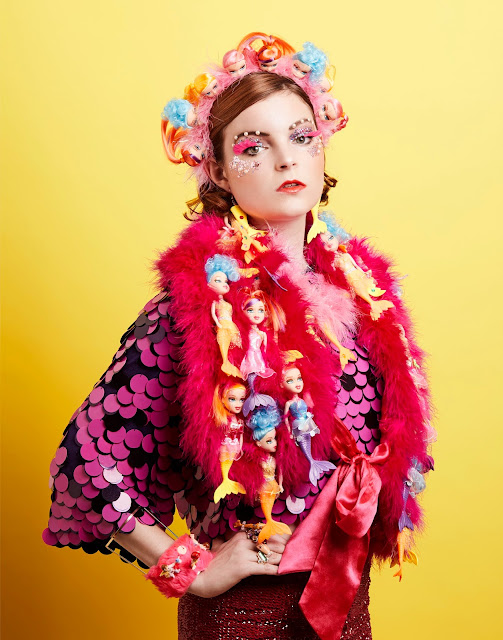 I created this kitsch colourful mermaid looks by stitching some dolls on a pink feather boa, headpieces and using the tails as earrings. 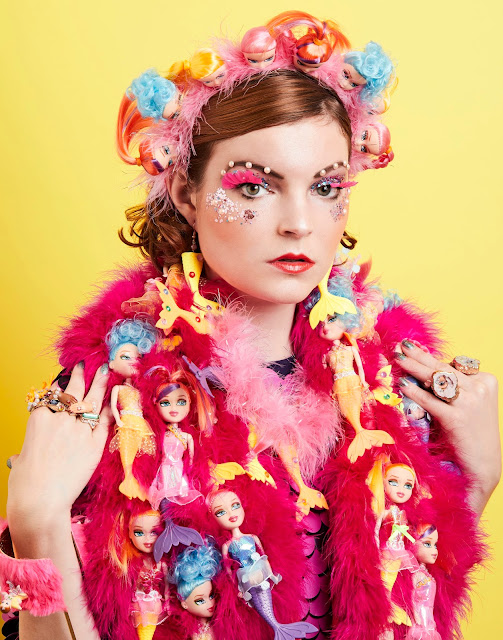 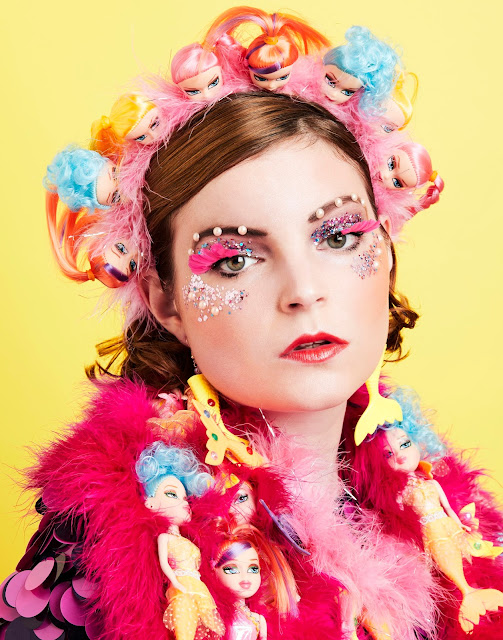 with dolls head headpiece, have some multiples heads coming out of your headBy Anthony Lycett 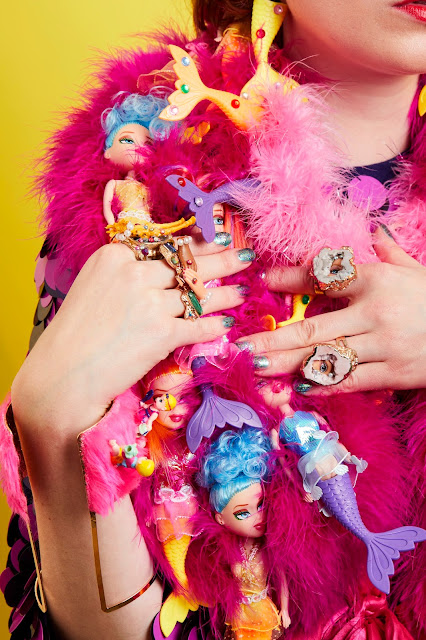 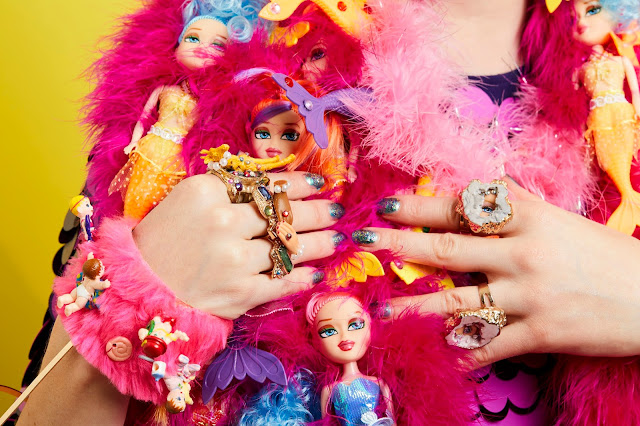 Each month bring its batch of in unique Self.styled portraits stolen from the original project., this time it was to Reckless to play the game. 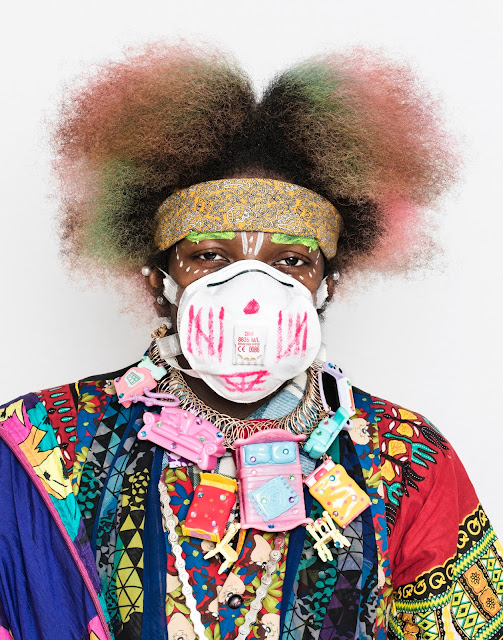 
I love the contrast between the  tough gangsta attitude and super fluffy outrageously pink & girly my little pony necklace, the art of redefining masculinity 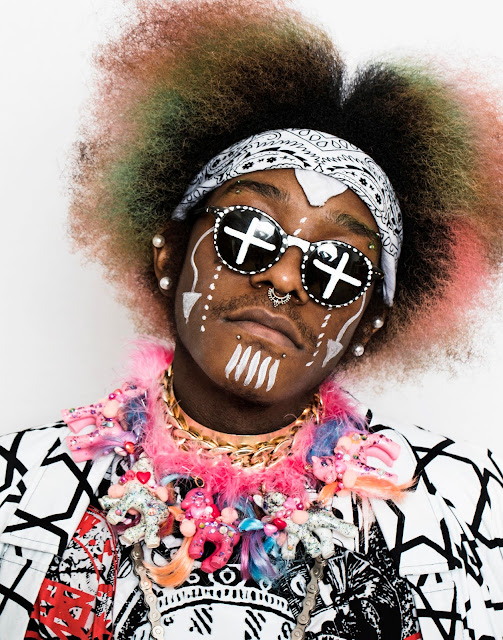 even badass rapper 🎤🎧 can rock a cute kawaii my little pony  necklace ✨available on my online shop 👉🏻sophiecochevelou.tictail.com among my new Christmas 🎄 collection ✨ the great @recklezzisprimo shoot for @self.styled 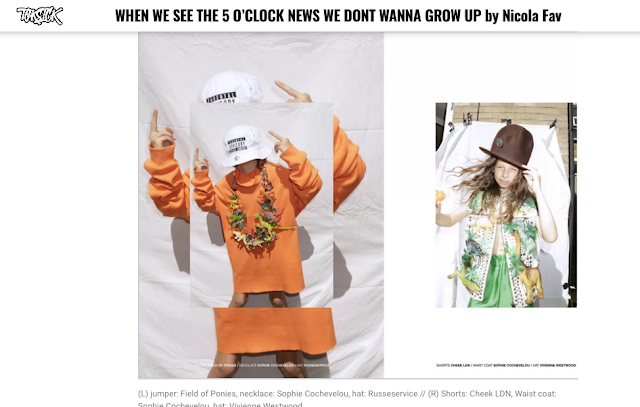 I lend some of my pieces to the stylist and Kruse who I collaborated before and she combined it with some high fashion street wear Fields of pony clothing and Vivienne Westwood pieces.
She used her kids as model (never to young to start working!) and I like the idea to children to wear adult size clothes for a cheeky,  falsely  lay back urban style result. 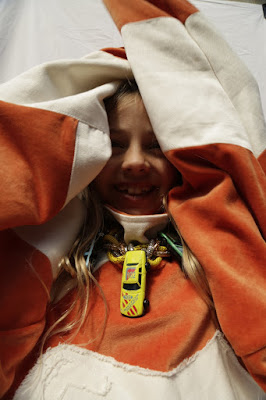 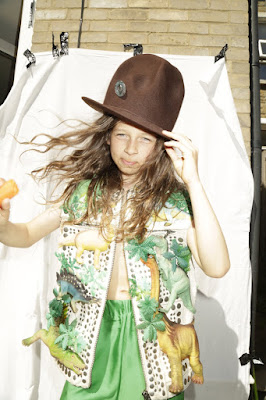