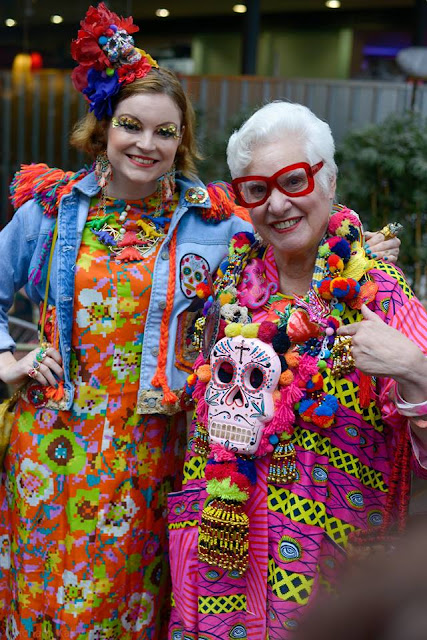 We had a special colours walk for Sue's birthday at her favourite place in London, Old Spitafields market, also celebrating day of the dead time.  So I could sport my day of the dead outfit with skulls & flowers headpiece and calavera denim jacket (that has gone to Australia since!)
The embroidered calavera was originally  a cushion. I liked the contrast between the casual of the denim material and the intricacy of folk art.

Weirdly, on instagram I received attacks and criticism of "cultural appropriation"  from white western uncreative people. When you visit their profile they seem pretty boring & beige  and not trying to create anything new.
In the contrary, I received positive and enthusiastic comments from the people from the culture I got the inspiration from. They are not offended of feeling ripped off  but shows appreciation & admiration. For example, a Mexican woman even bought one of my day of the day inspired headpiece.

If you push the logic to its paroxysm, everything become cultural appropriation. You shouldn't be able to buy a souvenir from Mexico and bring it home, or an african necklace on a local market in Ghana and wear it.  Yet, buying cultural goods directly from theses minorities support the local economy and spread the culture & skills. 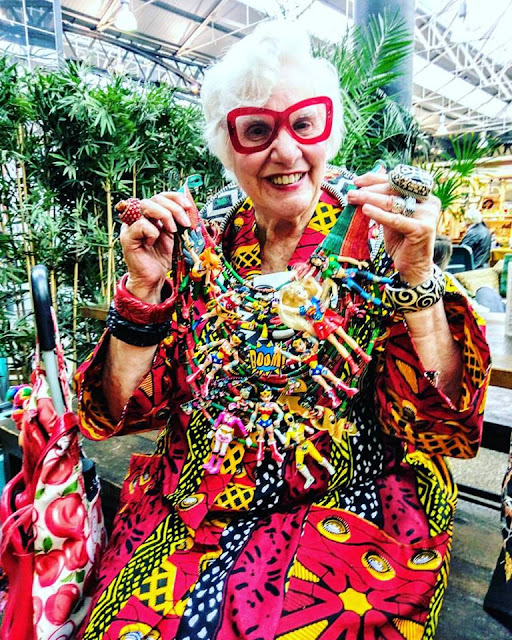 As Sue is always asking me to outdo myself, I choose for my last creation one of her favourite pop culture character from her personal mythology: wonder woman that embody a certain movement of feminism by being powerful and sexy at the same time.  As Sue is only working with feminine figure, I collected female super hero (who are harder to find then their male alter ago). 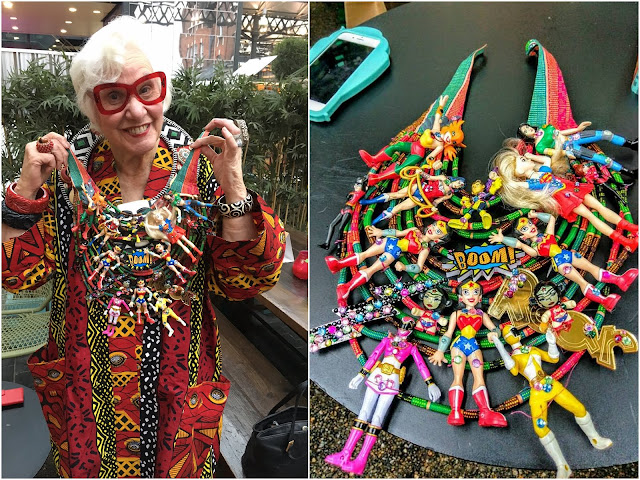 Because I like to create piece with a deep meaning with several reading level, I wanted to evoke the female empowerment by the content and also the form. So all the figurine are stitched on a wax african fabric, handmade by a tribe in Ghana, where women support the local economy through their craft.
The aesthetic refer to the cartoon character of super shero comic book with the pop art onomatopoeia "boom".

Photoshoot with ✨the sparkly @sparkledropper ✨ modelling some of my bespoke pieces. I love when I lend my creations to creative soul and they just interpret it their own way.
photographer: @grungekittyphotogeek
make up 💄 by @louiselerego 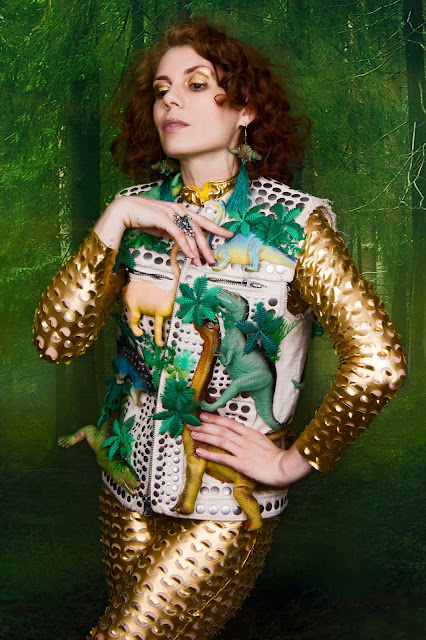 In a green jungle with Jurassic park dinosaur jacket 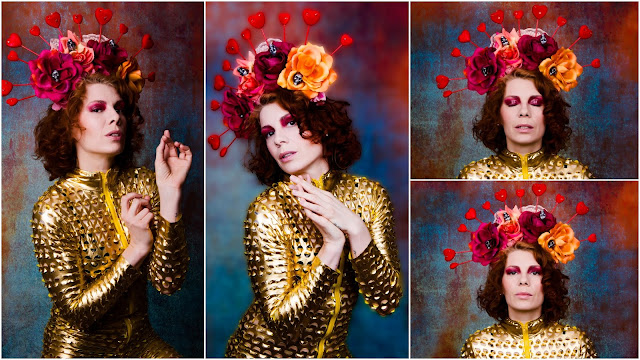 With memento mori day of the dead headpiece 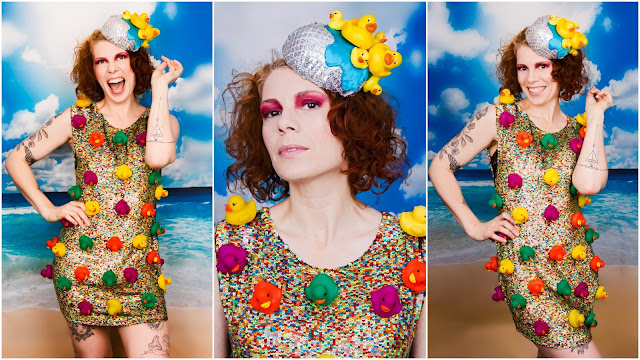 Postcard from a sunny place with plastic ducks dress 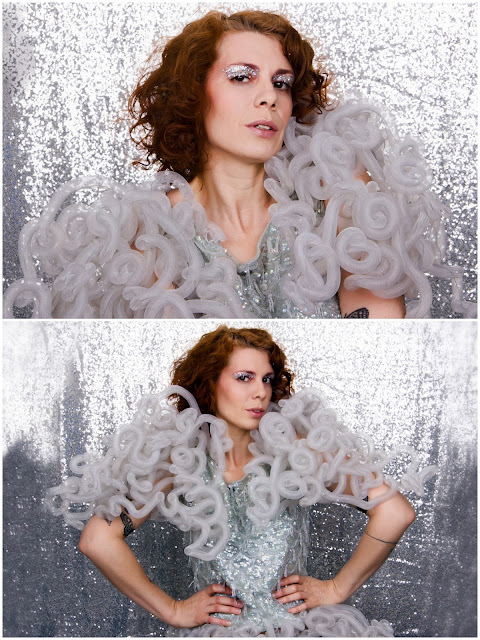 Another article to add to my press book, about the positive aspect of being a "foreigner", very interesting and complex article about the power of diversity in a Brexit context. 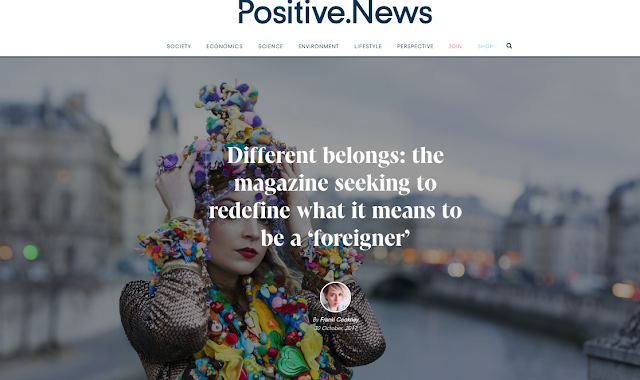