From cultural appropriation to multiculturalism celebration


This neckpiece is made from cow boys and indian plastic figurines, denouncing the genocide of native American by Western colonists played down by mass culture through children toys, movies or cartoons like lucky Luke.
Now days, gathered is reserves, Indians tribes are often victims of discrimination, unemployment, that entails alcoholism and gambling.  My use of "made in china" dream catchers with synthetic feathers  and fake animal teethes pinpoints the reduction of a traditional ancestral craft to a trivialised  mass produced "folk art" for tourists by a caricatural cultural appropriation.

I love to integrate toys into my designs as miniature representation of our world as they are a reflection of change in society, in his this case, benefit to build  "cow boy myth" in order to rewrite History.

Cultural borrowing and cross-fertilisation, there is a fine line between appreciation and appropriation,
I am from this post modern generation where we  consumes culture, youtube, online magazine,  tumblr, blog, vlog… we mix,shake and match  inspirations and create our patchwork life as a giant mood board.

By borrowing some element from African or Indian culture I acknowledge the cultural superiority for usage of colours, beading, element that I can't find in Western mainstream  fashion but are part of the culture I built by myself through my studies, my readings, my mood boards, and my internet surfing.  I am a citizen of the world and I don't feel my style shouldn't be determined by the place I live.

All the elements in my garment are sourced locally, coming from charity shop or reclaimed material, so I never directly "steal" objects, from other cultures but element that remind me the wealth and variety of theses aesthetic and I reinterpret them in my creations. For example,  I will use pheasants feathers hunted in the North of France to build my headpieces with reference to the Native american culture.

With my feathers headpiece, and barbie clock at London Fashion week day 2 (see my first look in the previous article) steeling the show from "comme des garçon minimalist fashionistas". 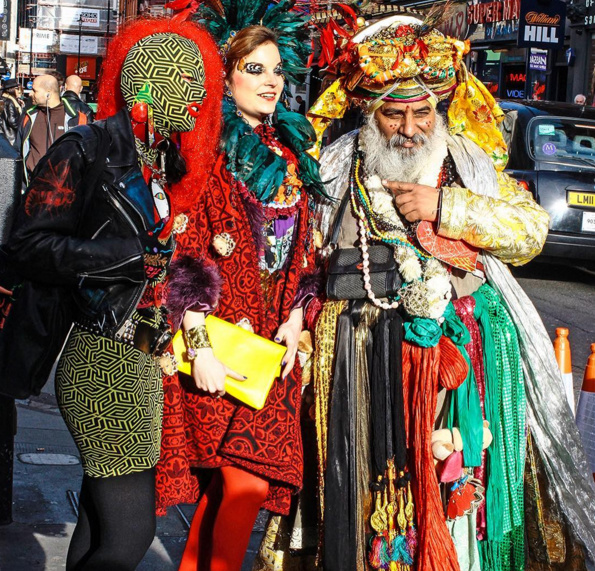 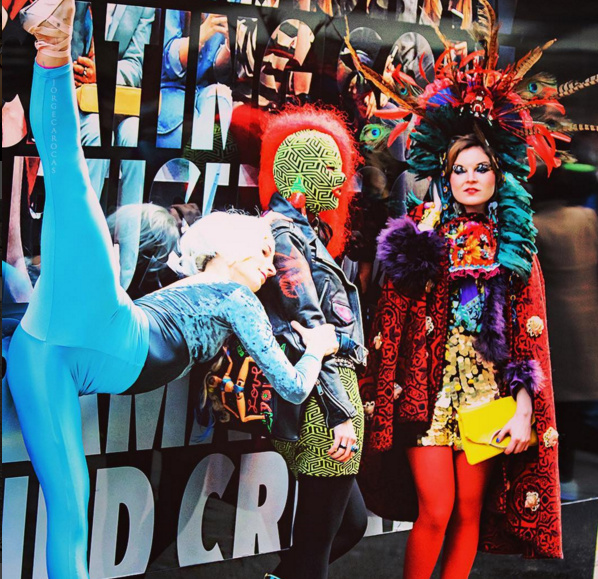 joined by a dancer, it is not all about fashion but art in all its form!


Press has been rolling this past month, first an interview in Interview by the Norwegian based magazine @dt500mag: 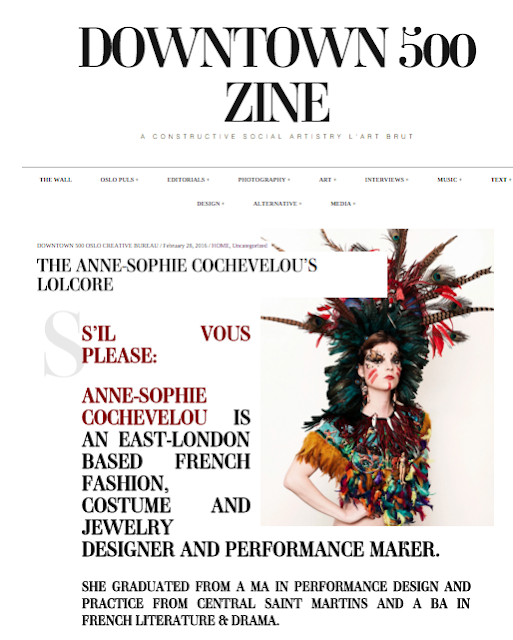 Then, I have been very honoured to have been "hogled" by Human of Greater London at Spitafields market, read the full story on their facebook page 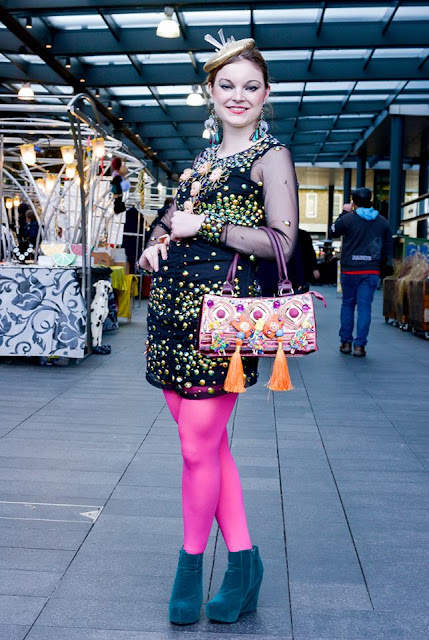 "It's hard to be an artist and it's an elusive label too. Even though I've got my MA in art from Central Saint Martins, I still get the fear of being an imposter. What is an artist? Do you even need to be talented to be one? Can you be an artist by dressing crazy and cutting Barbie hair? I guess if you dedicate yourself to your art and you live for that, even if your art is bad you're still an artist. But it's not enough just to call yourself an artist - you need to be recognised as one by other people to be given that authority."