For the shoot we went to the Lakes district, the biggest National Park in the UK located in North West England.  In the 19th century, its famous lakes and mountains inspired Romantic Lakes poets like William Wordsworth.

For this Marie Antoinette  costume I worked around the element of laces. Using vintage laces,  faded and yellow with age, my aim wasn't to produce an historical reconstitution but more an archaeological relic, a dress as  you will find is in a museum, battered by the passing of years, and note re-made in a brand new duchess satin.

I  liked to subvert the function of the corset in this outfit. Seen  before as an object of constraint and  feminine body restriction, with the advent of burlesque if became a fashion accessory and an object of fantasy and desire.
I included porcelain dolls on the dress to add to the fragility and the vulnerability of the costume; ancient beauty from another time.
For the head piece I used a an actual tomatoes plant support to structure the wigs, it was so heavy that I think Marie Antoinette may have suffered from a permanent torticollis !

And of course the beautiful Baroque's roll shoes are from Natacha Marro! 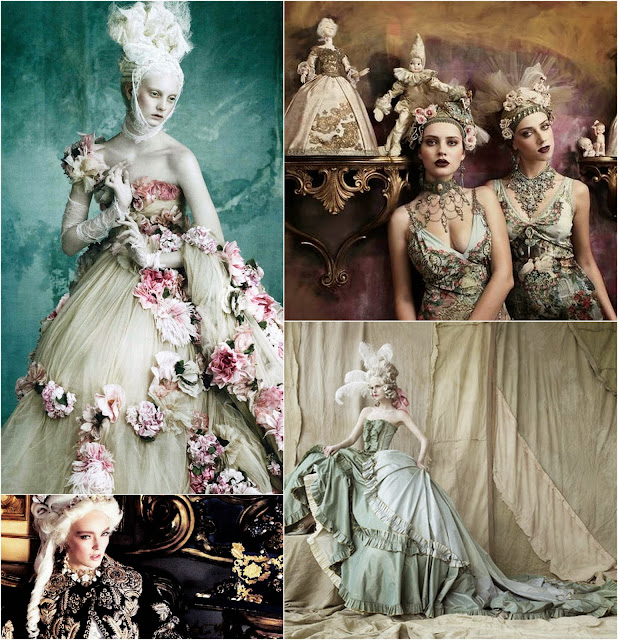 "In postmodernist popular culture Marie-Antoinette is viewed in a favorable light because she defied stereotype. Today she tends to be seen as a thoroughly (post)modern woman who was punished on all sides because of it. The image of Marie-Antoinette today epitomizes strength, sexuality, and the allure of the female. Evoking Marie-Antoinette as a symbol of empowerment is to move her from one category to another, portraying her as positive because she exhibited the same traits that she was condemned for.  The images of pop-icon Madonna are not ones of opulence for its own sake, but ones of female sexuality, control and power. "

I started working on this character of Marie Antoinette with this headpiece  with a floral ark, chrysalis of a pink barbie dolls.

When I went to Paris who took this picture with Paul Saint Bris in Park Monceau where I become a kind of psychedelic pantomime character from a Watteau painting.

I actually forgot my amazing headpiece in the park and when I cam back the day after it was gone so if you see an eccentric parisian lady wearing my hat in the street, let me know!

Going backward in my creative process again, the barbie legs costume was originally made for the Love toilet movie at the Dalston Superstore. 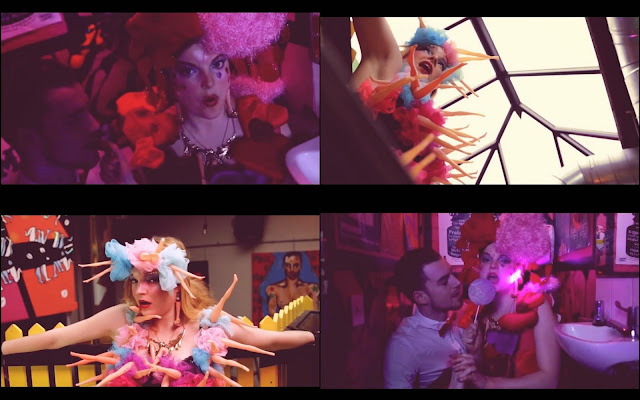 Contrary to  what a lot lot of people think, I am not really a party animal. As I am often employed as a party entertained, party is more like  a job for me.  I am more an early bird, working from the early morning  in my studio and then too tired in the evening to go anywhere.
But love the crowd of London club scene that I often meet in other context like collaborative creative projects.

You can also see my valentine heart dress at 0:43 min

The idea for the video was to create a surrealistic series of flash images with different tableaux.

I like collaborating with Loulou Reloulou as she reveals a more crazy side of my work and bring me on other creative territories. 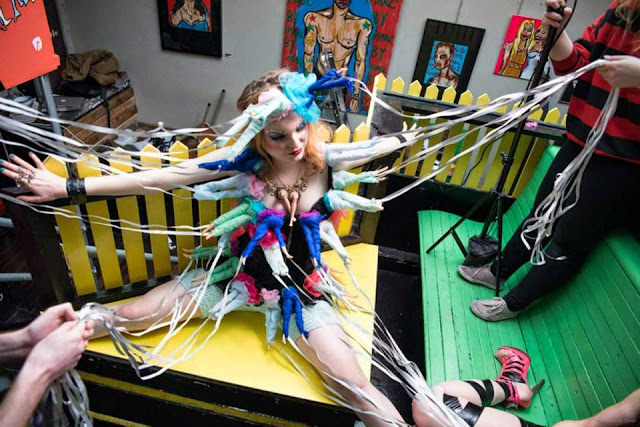 For the video I used my barbie legs cancan costume for my performance at the Loudest Whispers exhibition. 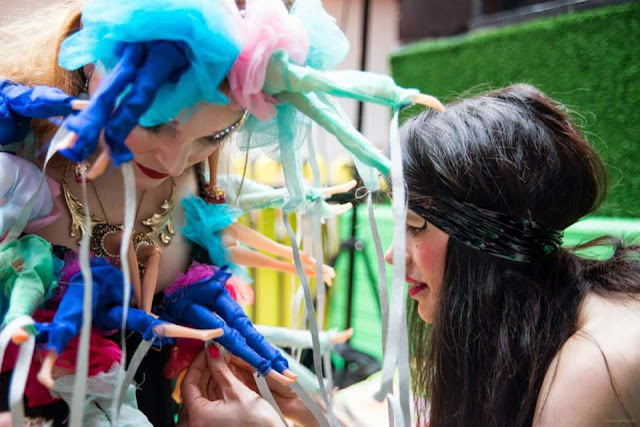 I needed four people to have 6 ribbon each in order to take the trousers off.  If it take less than a second  to pull them all off, you need more than 20 min to put them on. 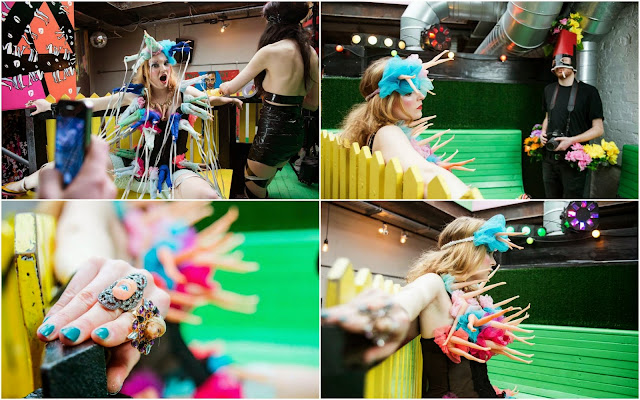 Last but not least, As you all know, I appeared on the French programme Sept à Huit on TF1 in the frame of a documentary on French people in London. So you have the guy working in luxury property development, the banker, the guy running is technologic start up...and you have me!


A TV crew filmed me for two days following me in my every day life. At the end they focused more on the fashion side of my work. They didn't kept my meeting with Sue Kreitzman, the visit of my exhibition at Saint Pancras gallery or the filming of the Bingo but I didn't really had any bad feedback from this portrait so I guess it is ok.

I had a very positive response from the audience after the broadcast, strangers writing to me on my Facebook page telling me they love my work or wishing me luck!