In the summer I was asked to make a great costume through Jessica Beck who is directing the play WTF.  a military costume combining RFA & spice girls aesthetic a dress in other words, the dream project.  The kind of dress you will never find in a shop. The challenge was to combine the boyish though  and 90's grunge aesthetic of the army and the glamourous, sexy and showy look of the spice girls.


What I love in my costume designer job is that you meet always amazing people  like Rebecca Crookshank with  amazing stories that allow you to dive you in a different world every times. Then you need to make some  very specific researches, consult archives as for example I didn't know anything about RAF. 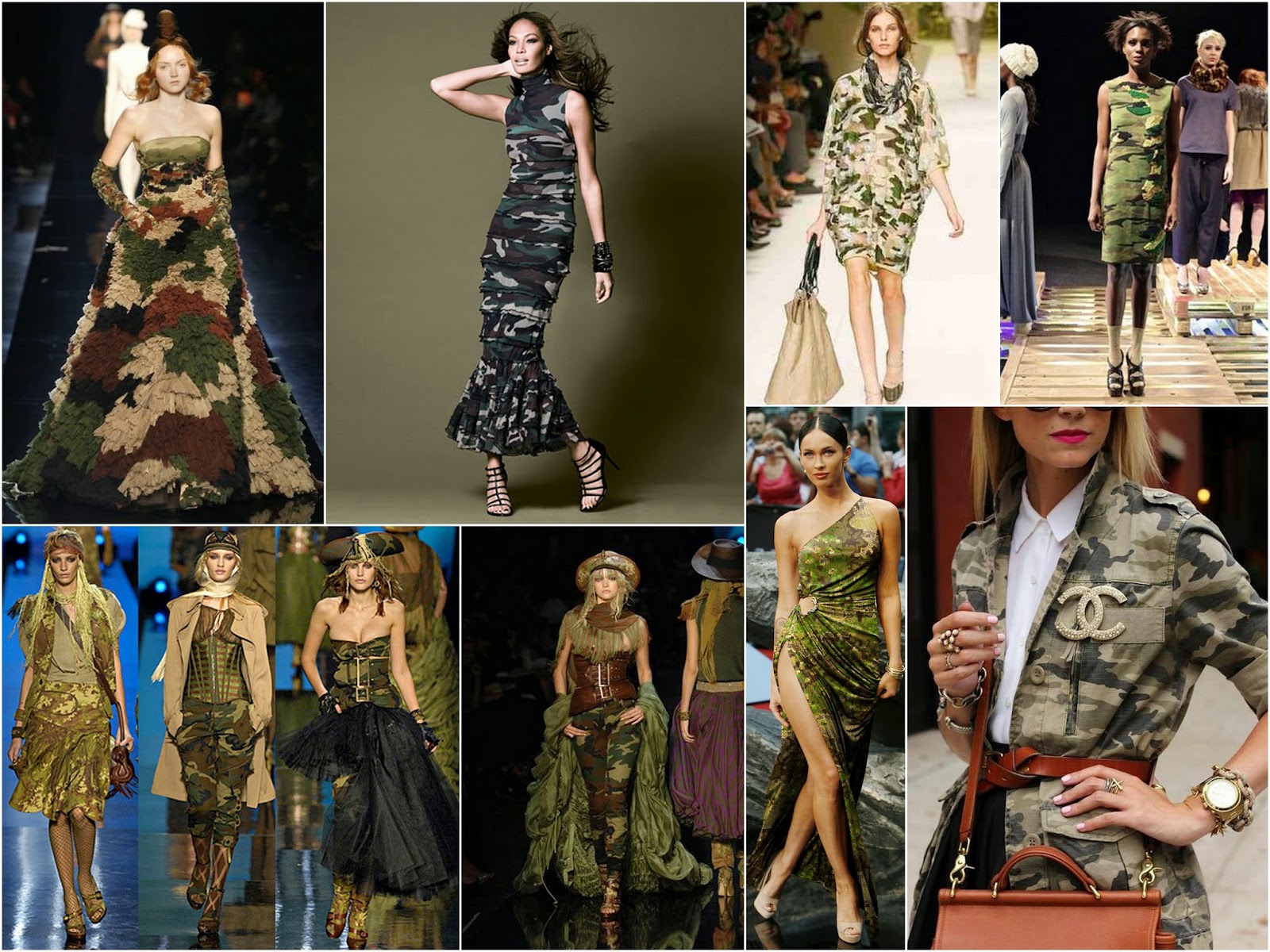 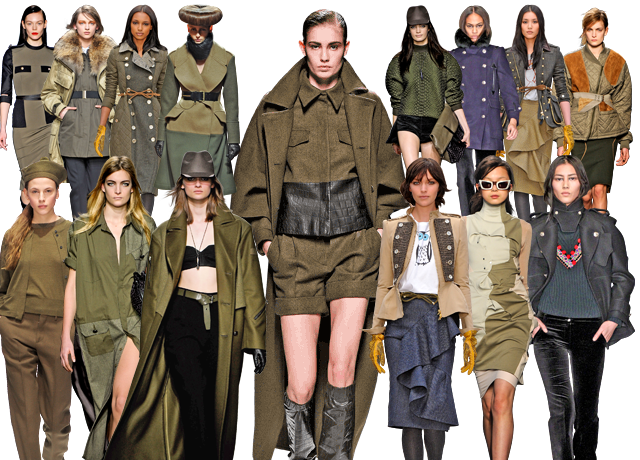 Diverting Camo print primal function to merge in the background, contrary to that I made it really showing and sparkly by using sequins fabric.

Spice girls and army style a strange mix?  not so much as Spice girl had worn a lot of military inspired stage costumes. 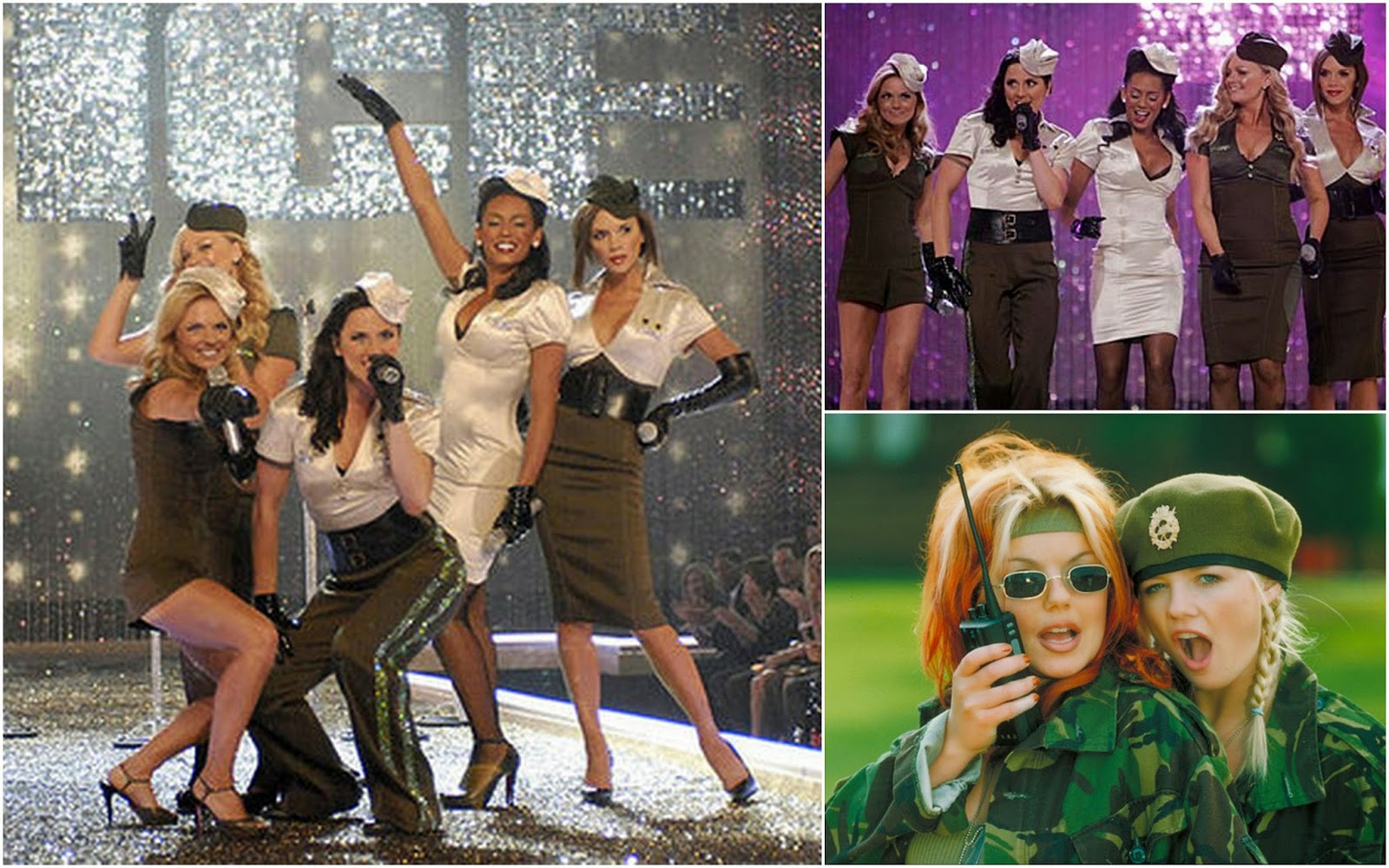 Spice girl is not my generation, definitely the incarnation of 90's style, I heard of them in primary school but I wasn't cool enough to listen to pop music and I missed (maybe for my own benefit) all this golden age boys and girls band.  But During the summer I met the  great artist Liz West in Manchester  who, apart for making amazing light installations is  owning the biggest collection of spice girl clothes and accessories in the UK. She generously gave me the book with the photographies of all there collection with  for example picture of spice girls camouflage knee- high boots designed by Buffalo worn with a camouflage nylon hot pant worn by Mel B in "Alien" Scene in 1997.  When I got the brief,  few months latter, I felt it was a sign!

I wanted to make the dress really floaty to combine a glamourous 50s hollywood aesthetic with the military style and to be able to reproduce famous  fashion shoot with artificial wind with the plane background. 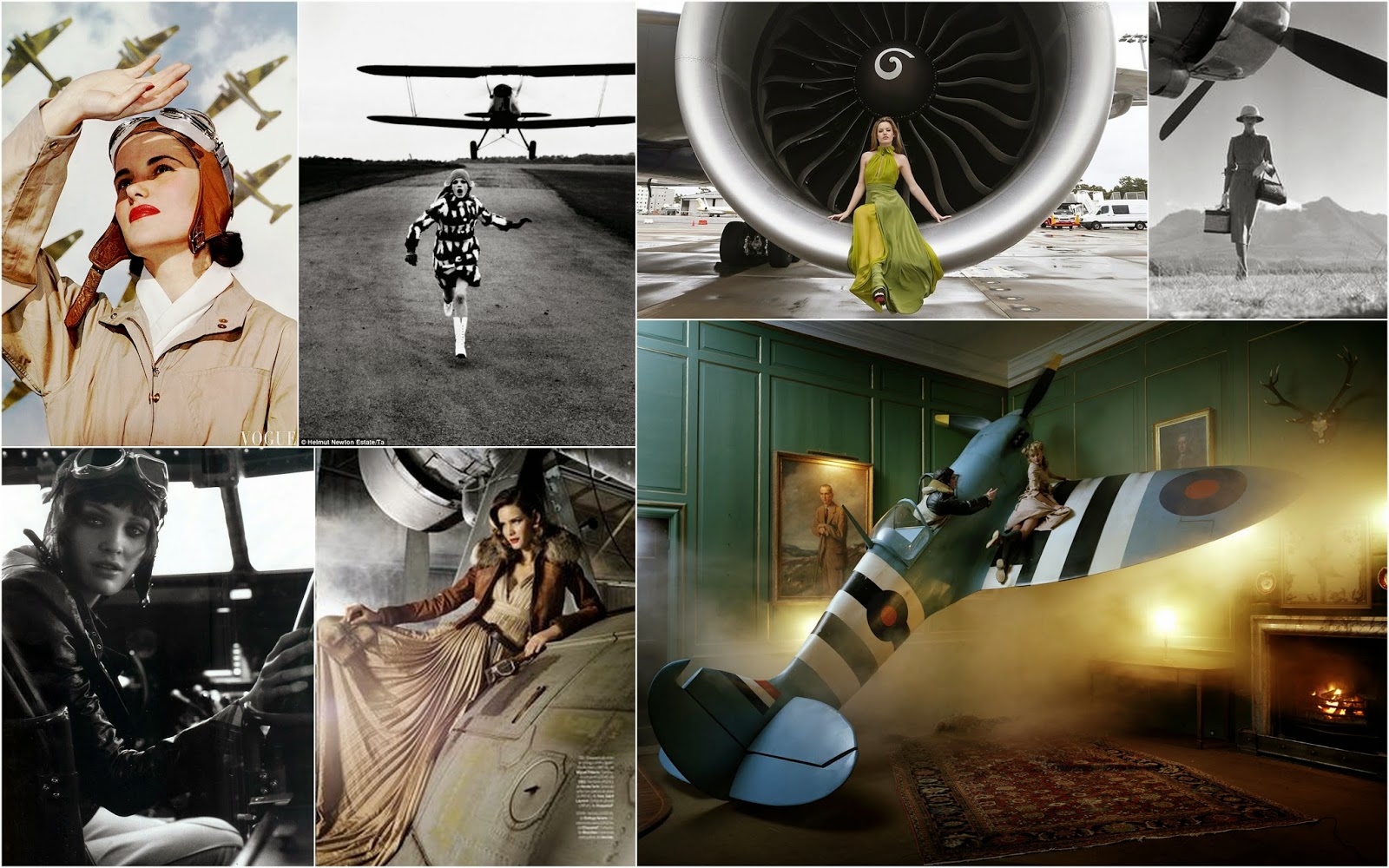 Because the show is partly  about British identity, I used a Union Jack flag as a skirt to remind the patriotic RFA and I covered it with sequins to refers to the Union Jack dress worn by Geri Halliwell  at the BRIT awards in 1997. I had already made a Union jack costume for an allegoric costume of "National Anthem" (see on my instagram gallery)  which is quite ironic for a French girl! 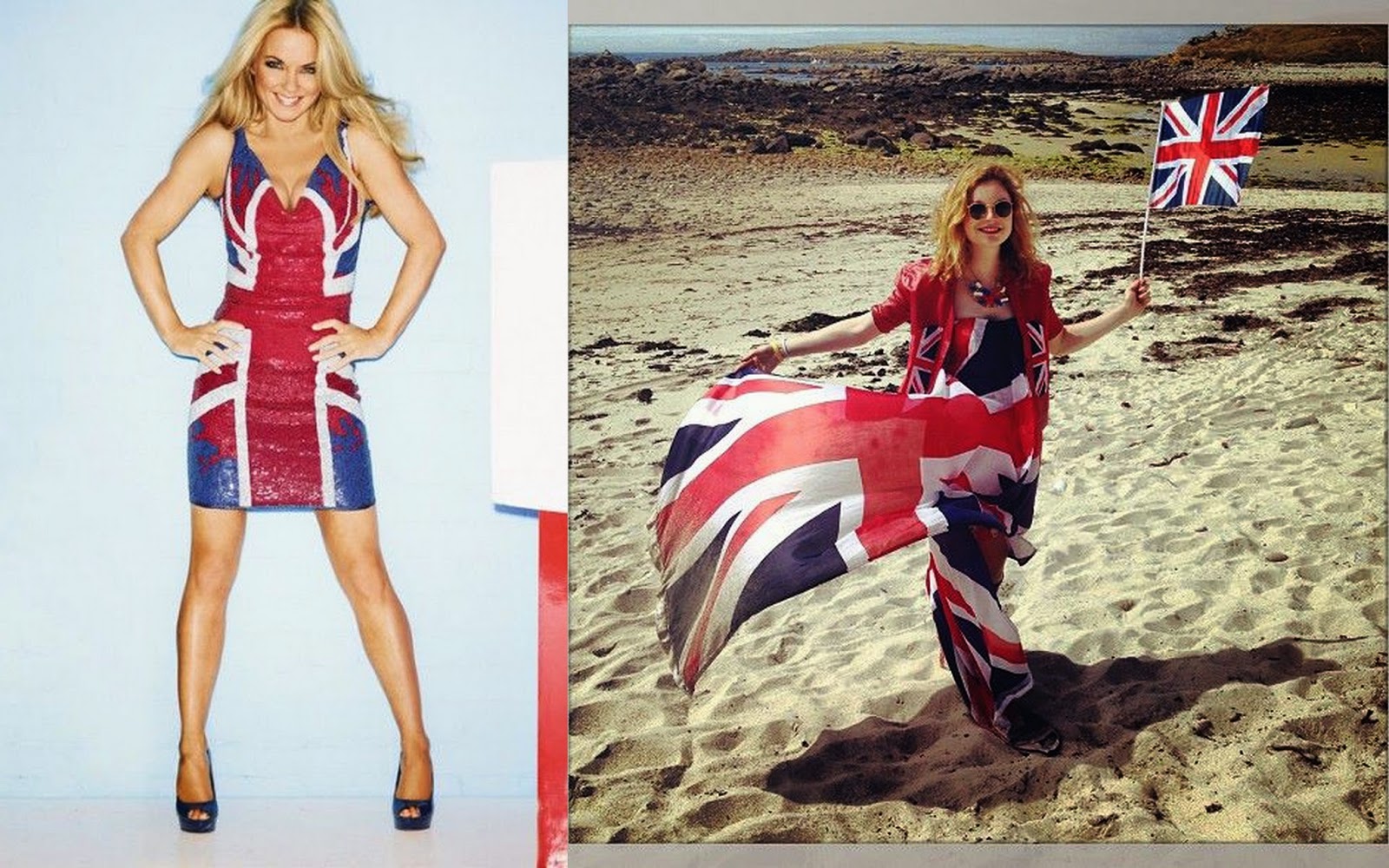 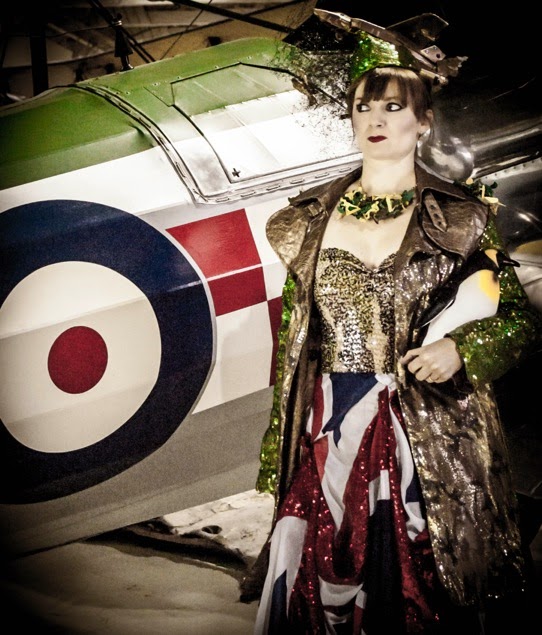 "1997. Hungover from her 17th birthday, Crookshank, a wannabe Spice Girl, signs up for the Royal Air Force.

Based on Crookshank's time serving Queen and Country protecting the UK Air Defence Region, Whiskey Tango Foxtrot charts her journey from basic training to the Falkland Islands. From feeling low to flying high (literally, in a Tornado F3). Join Crookshank and some penguins for this heartwarming and hilarious adventure per ardua ad astra... Through adversity to the stars."

Get your ticket HERE 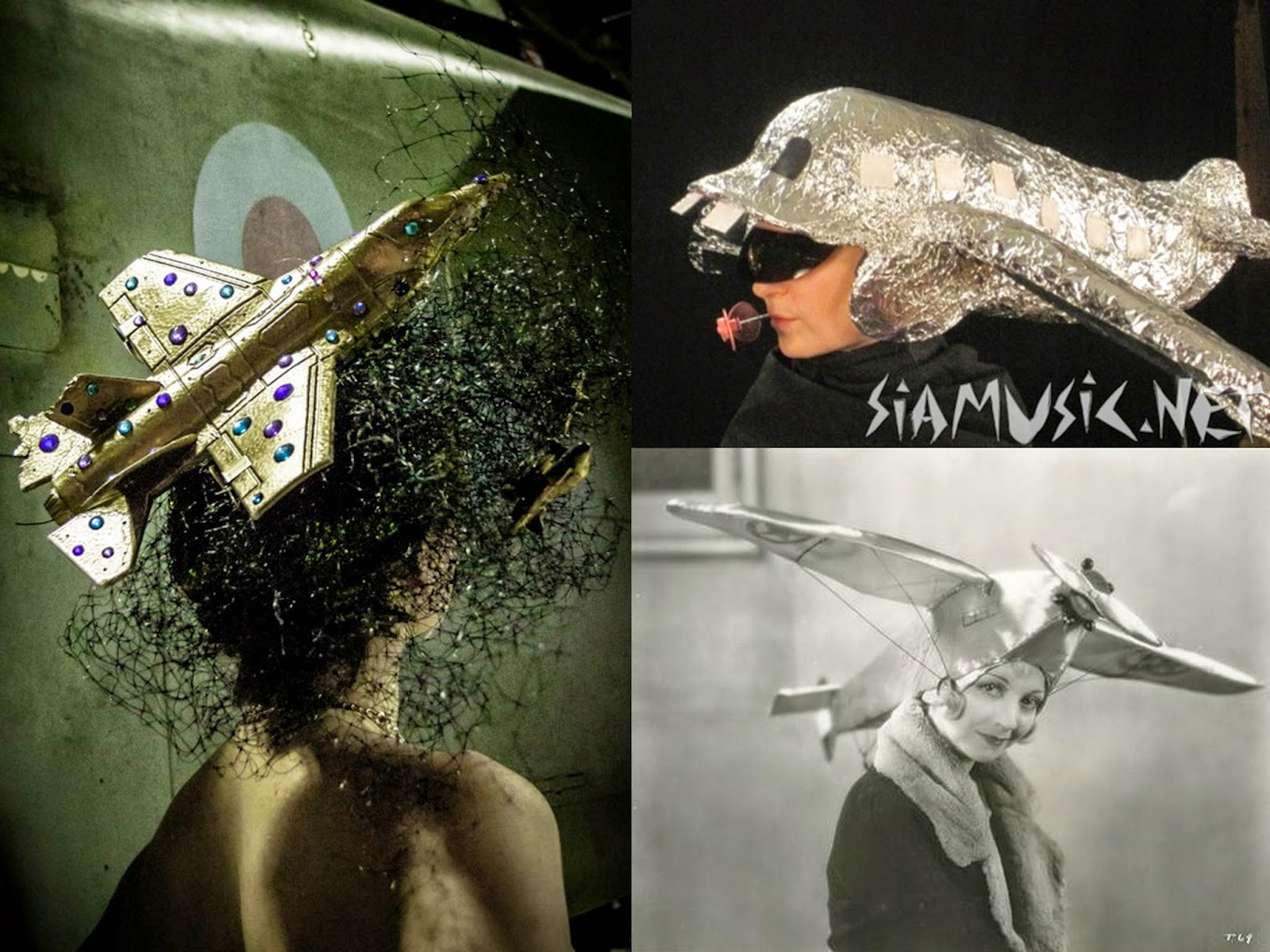 For the head piece I god inspired by actual RAF uniform one that I made in felt and covered with green sequins fabrics.  I gold-sprayed a big plane that I found in a toys shop and add some sparkly gems to emphasises the discrepancy between the army style and the glamour look of my costume.


For the necklace and shoulder pads, i used little war soldiers that you can find in toy shop. This is part  my  aesthetic of diverting  the function of toys and common reference iconic objects  and integrate them into clothes.


For the pattern I got inspired by designer Dominic wilcox  whose War bowl is made by melting historically accurate plastic soldiers from past battles. 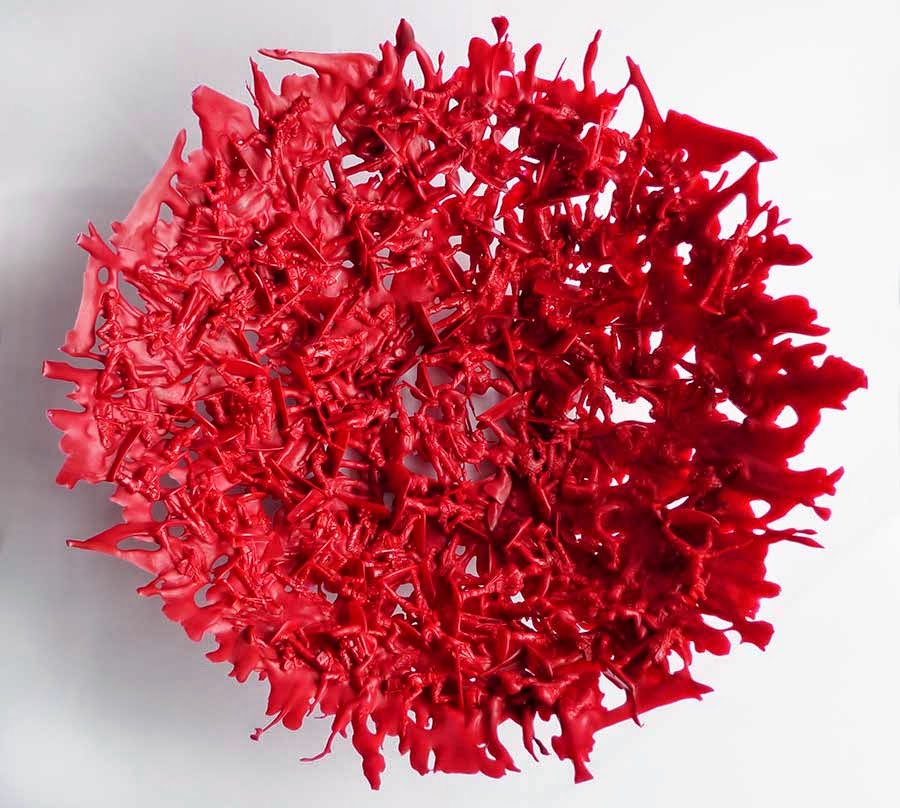 To mark the 10th anniversary of the War Bowl two new versions have been created. The red Battle of Waterloo bowl is made with melted British Artillery and French Infantry figures. The black English Civil War bowl uses Royalists and Republican figures. 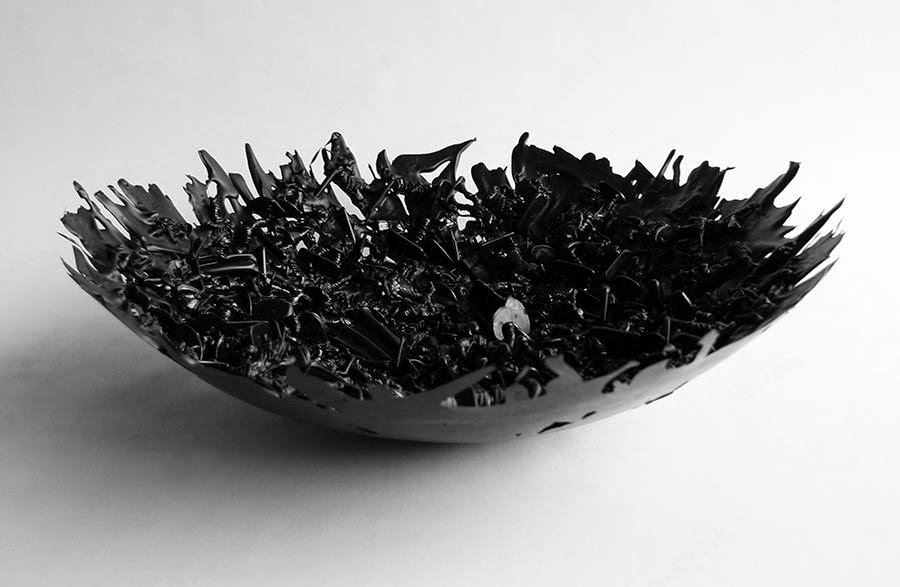 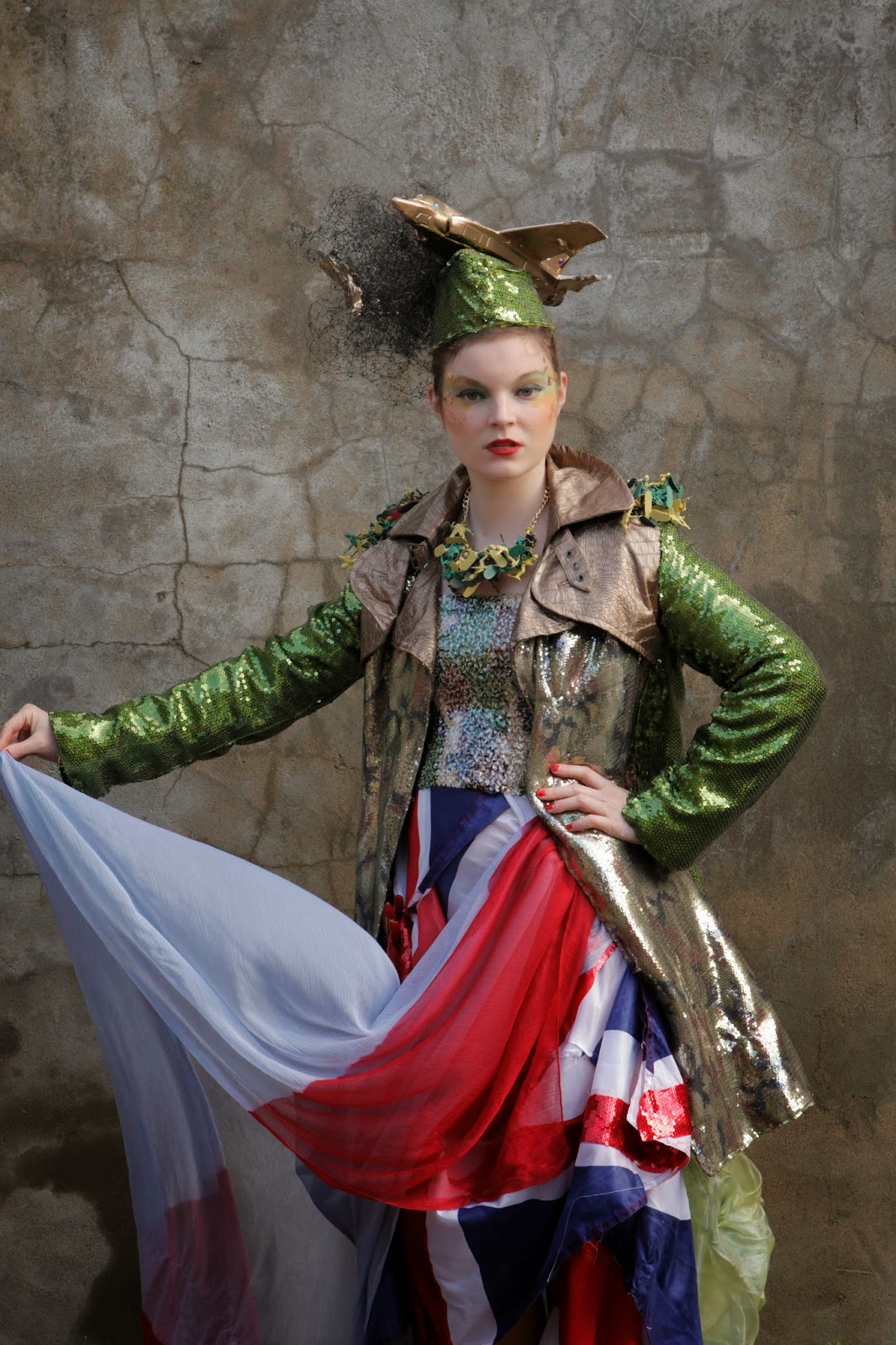 For the back of the dress, I actually found in my local charity shop in Paris some real plane models. They were really dusty but really well-made and you can imagine a old guy getting rid of his all collection of model tiding his attic. I love to invent crazy stories about my finds in charity shop  but is is just amazing to find exactly what you need by chance when you are working in a project.

I  recreated a sky with blue organza fabric and white foam cotton , inspired by the movie Science of Sleep (2006) where Michel Gondry use very childish and naive trick as special effect like plastic bags for the running water and I stitched the plane in this artificial sky.

Get your ticket for the Show HERE