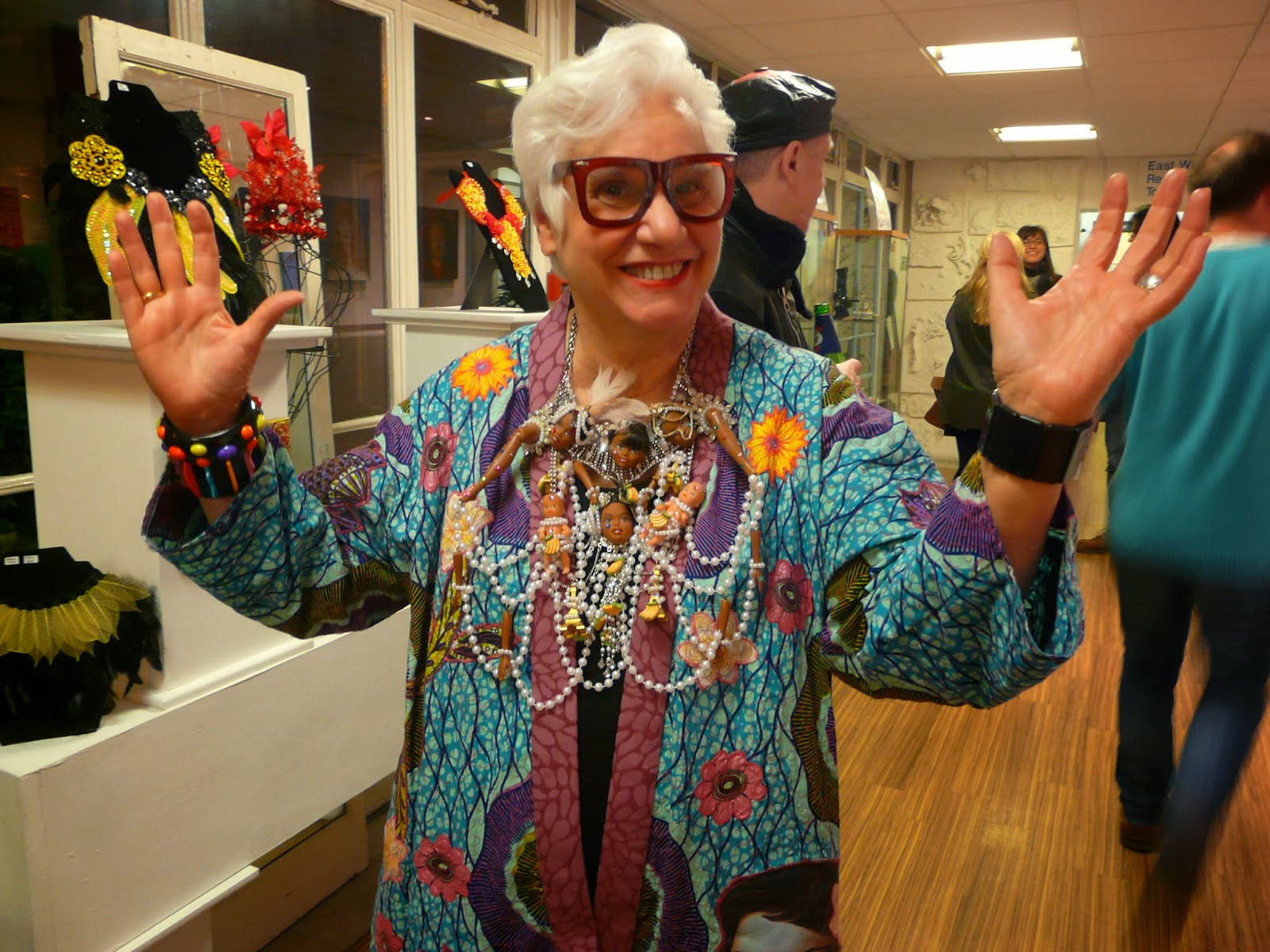 Josephine Baker is one of Sue's icon because she was a really inspiring woman and became a muse for contemporary authors, painters, designers and sculptors including Langston Hughes, Ernest Hemingway, F. Scott Fitzgerald, Pablo Picasso and Christian Dior. 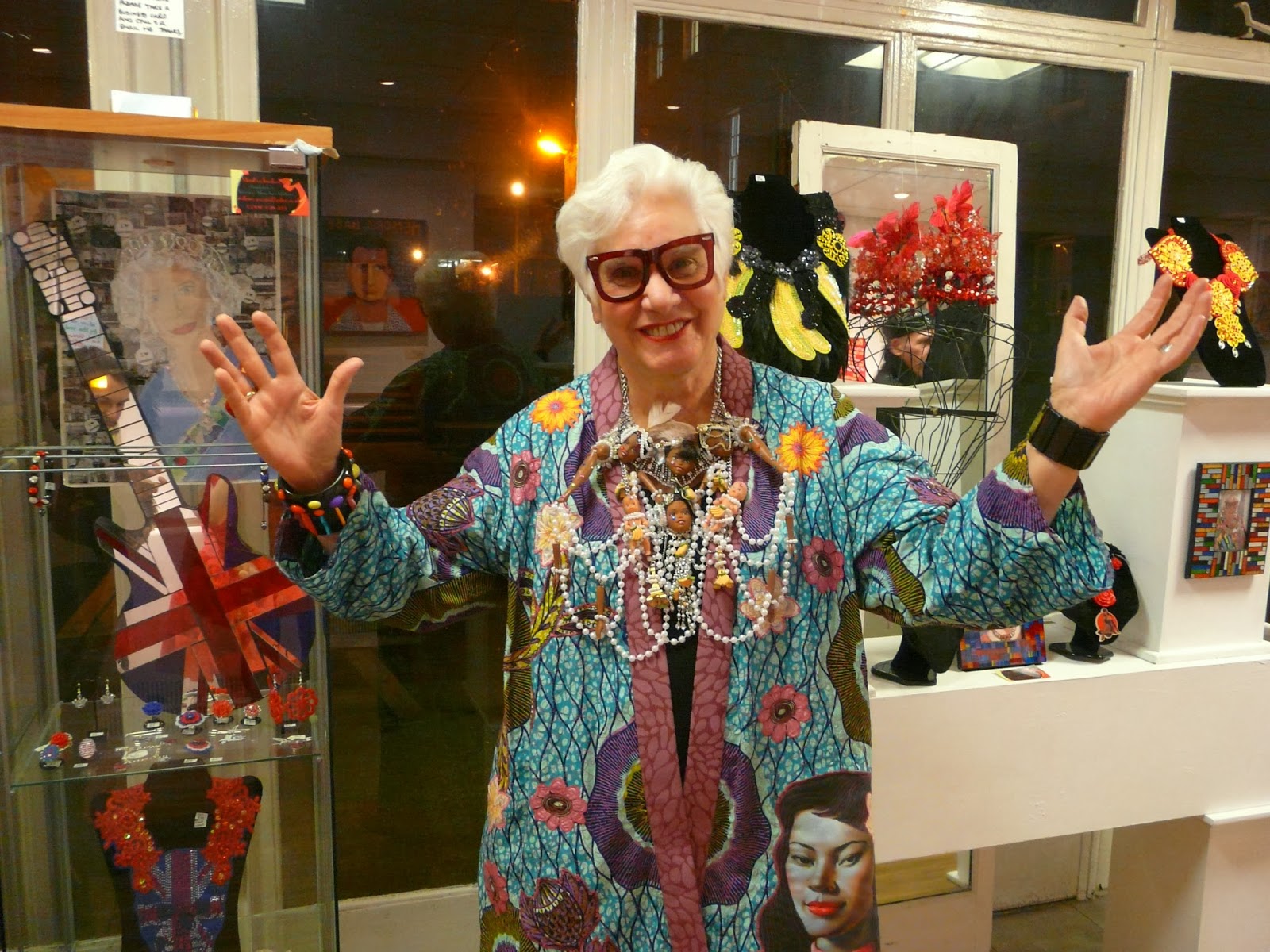 Every new necklace for Sue is a new world in itself and  demands some researches.   I had to watch some documentary about her in order to include the main element of her life. 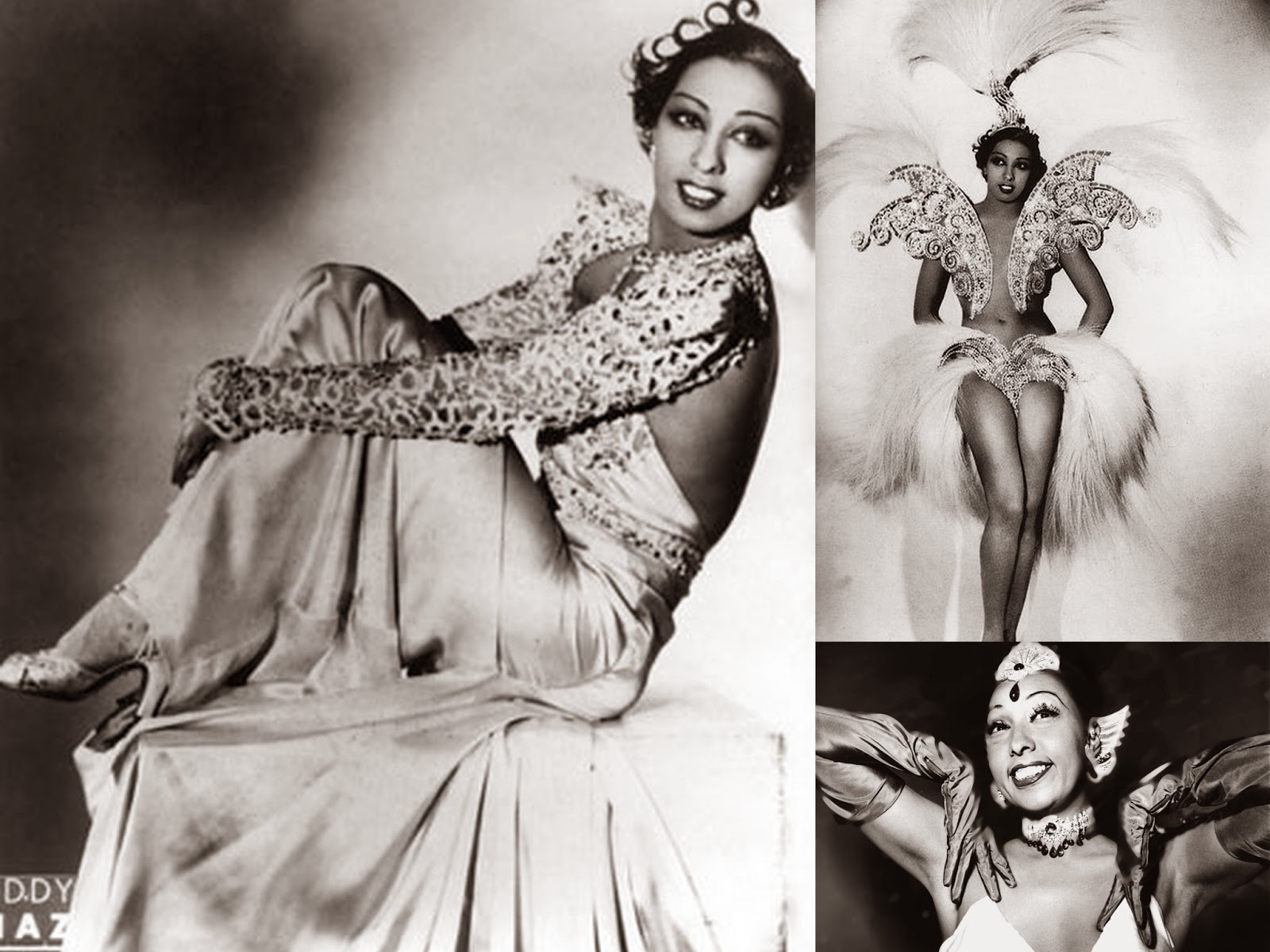 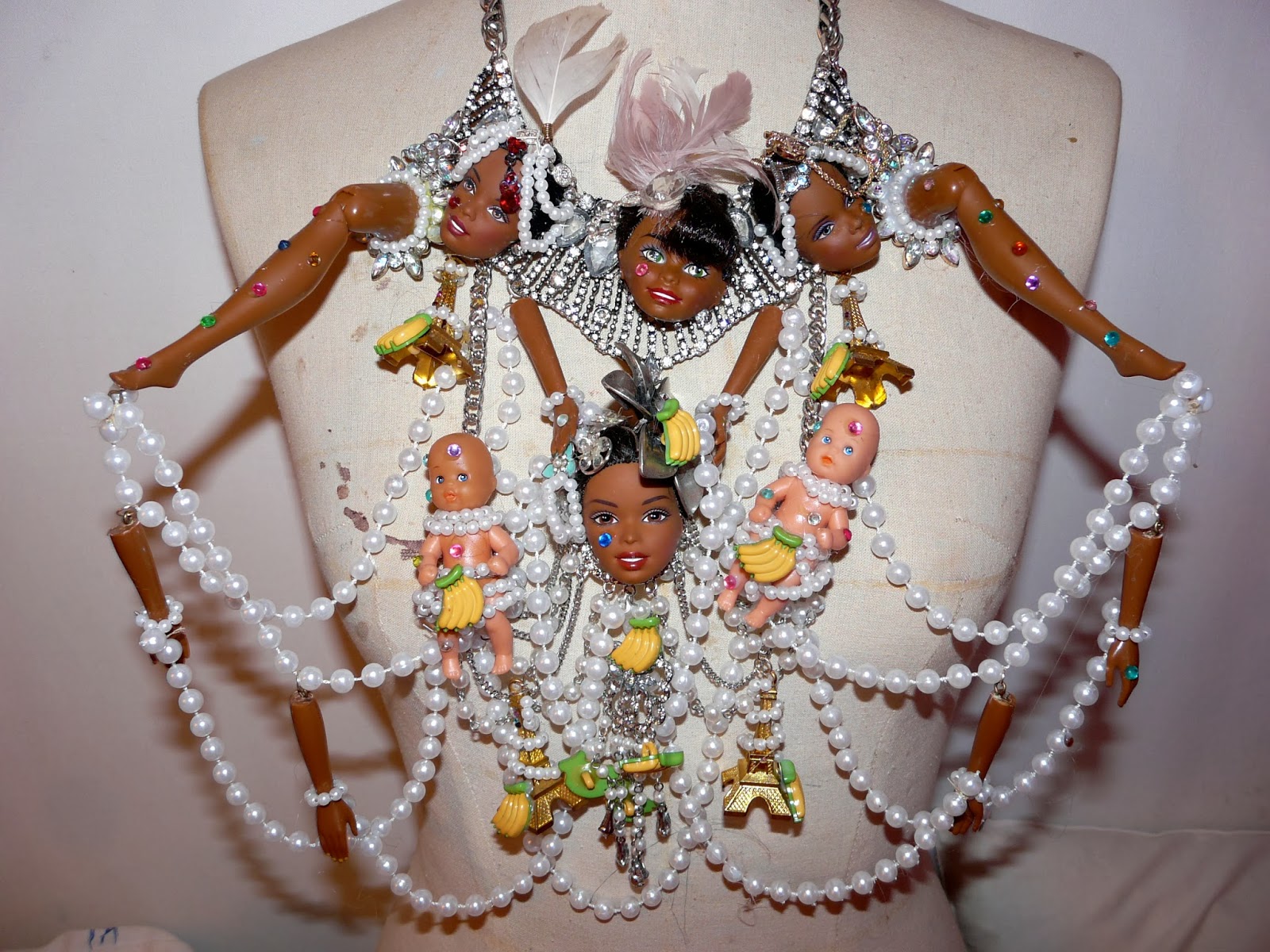 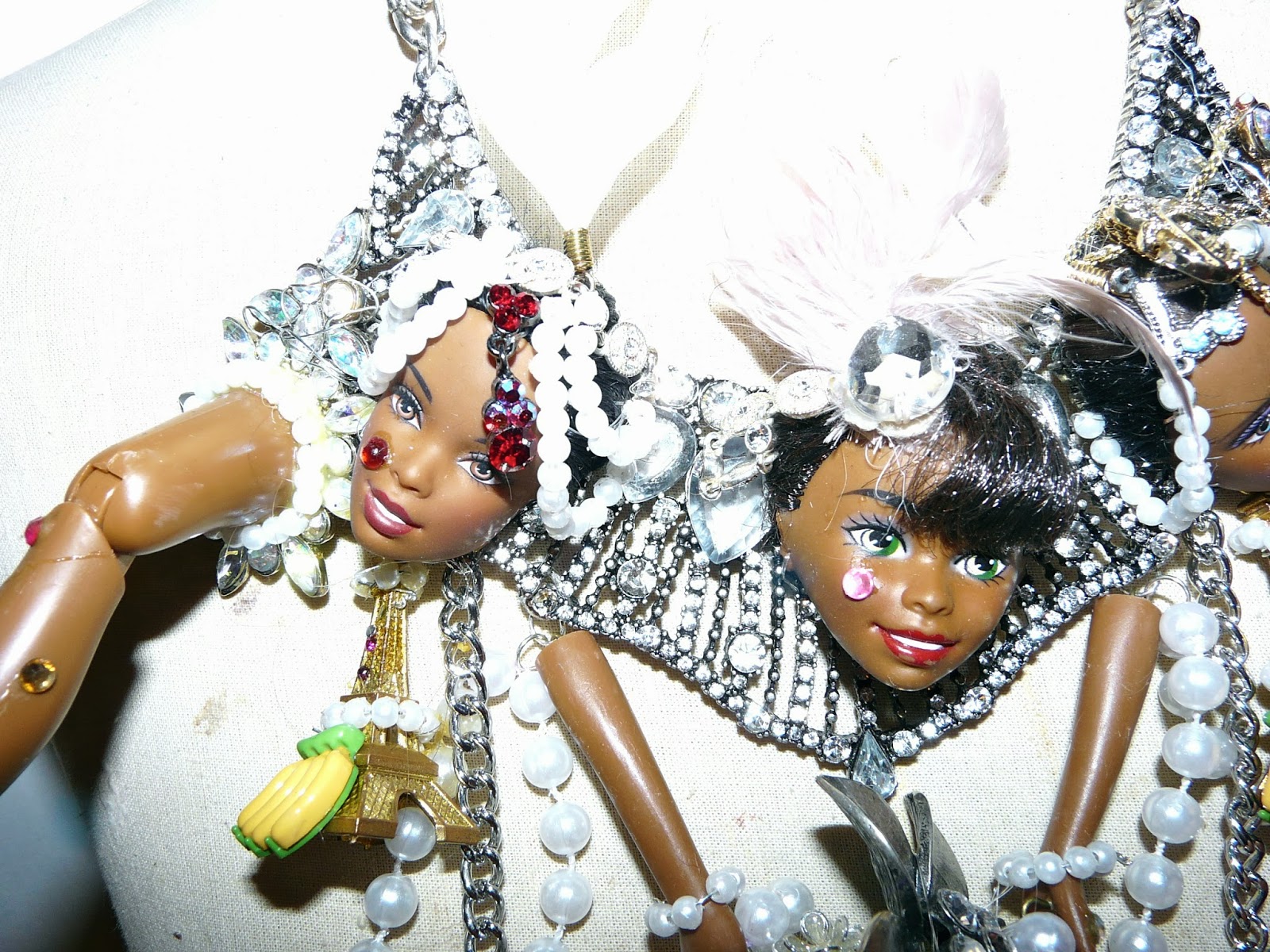 I only used only black barbies which are really hard to find, and I re-decorated each head with 20's style headpiece, feathers and strass.  I like the fact that you can transform a industrial product which is made with a  mould into something unique by its re-appropriate the standardised item through creativity.  Legs and arms are links by pearls which are symbolising the dancing movements. 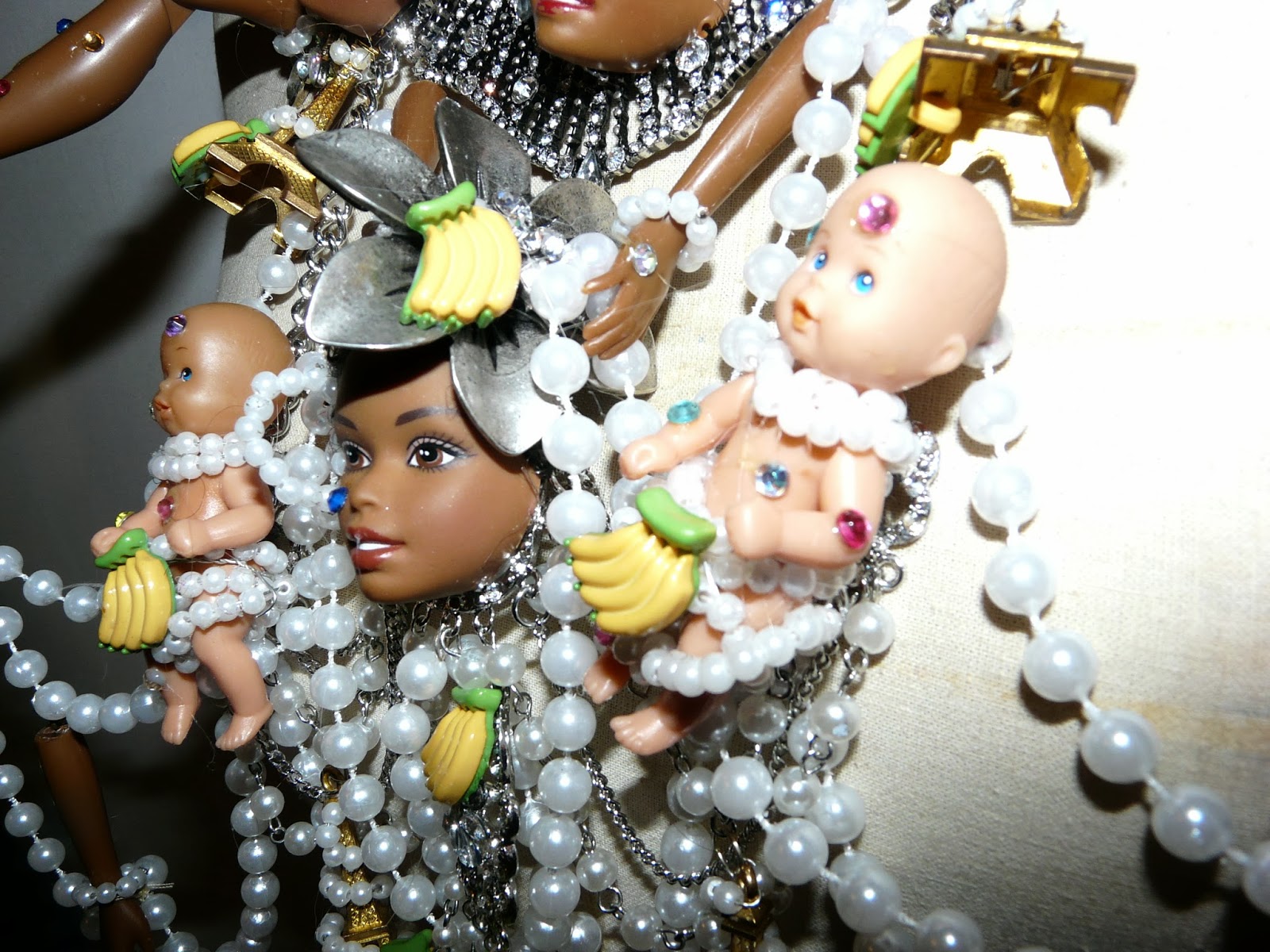 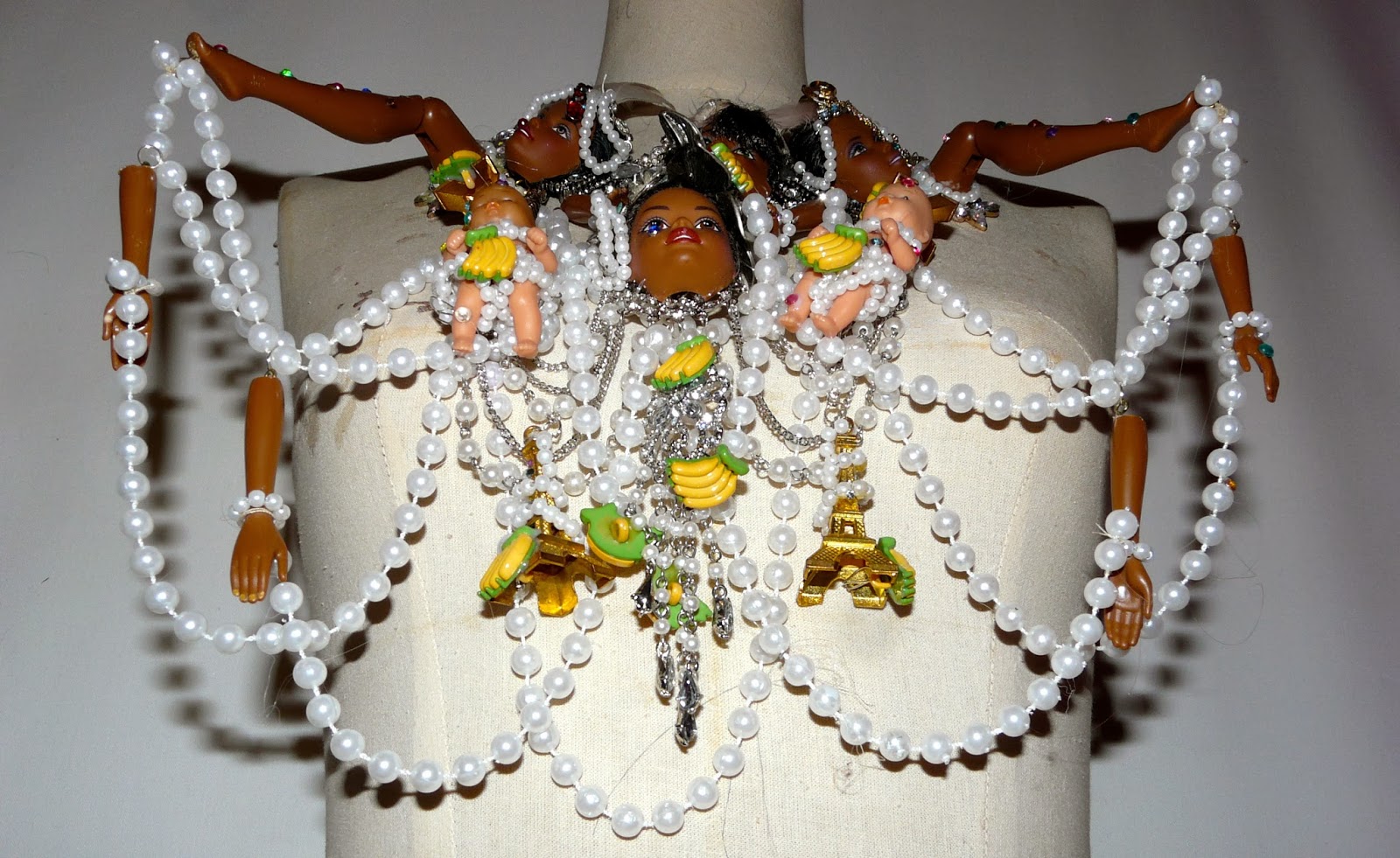 I used a lot of pearl because her surname  was the "Black Pearl" And I included the bananas  element which are actually buttons. She performed the Danse sauvage  wearing a costume consisting of a skirt made of a string of artificial bananas. Her success coincided (1925) with the Exposition des Arts Décoratifs that gave birth to the term "Art Deco, and also with a renewal of interest in non-western forms of art, including African. 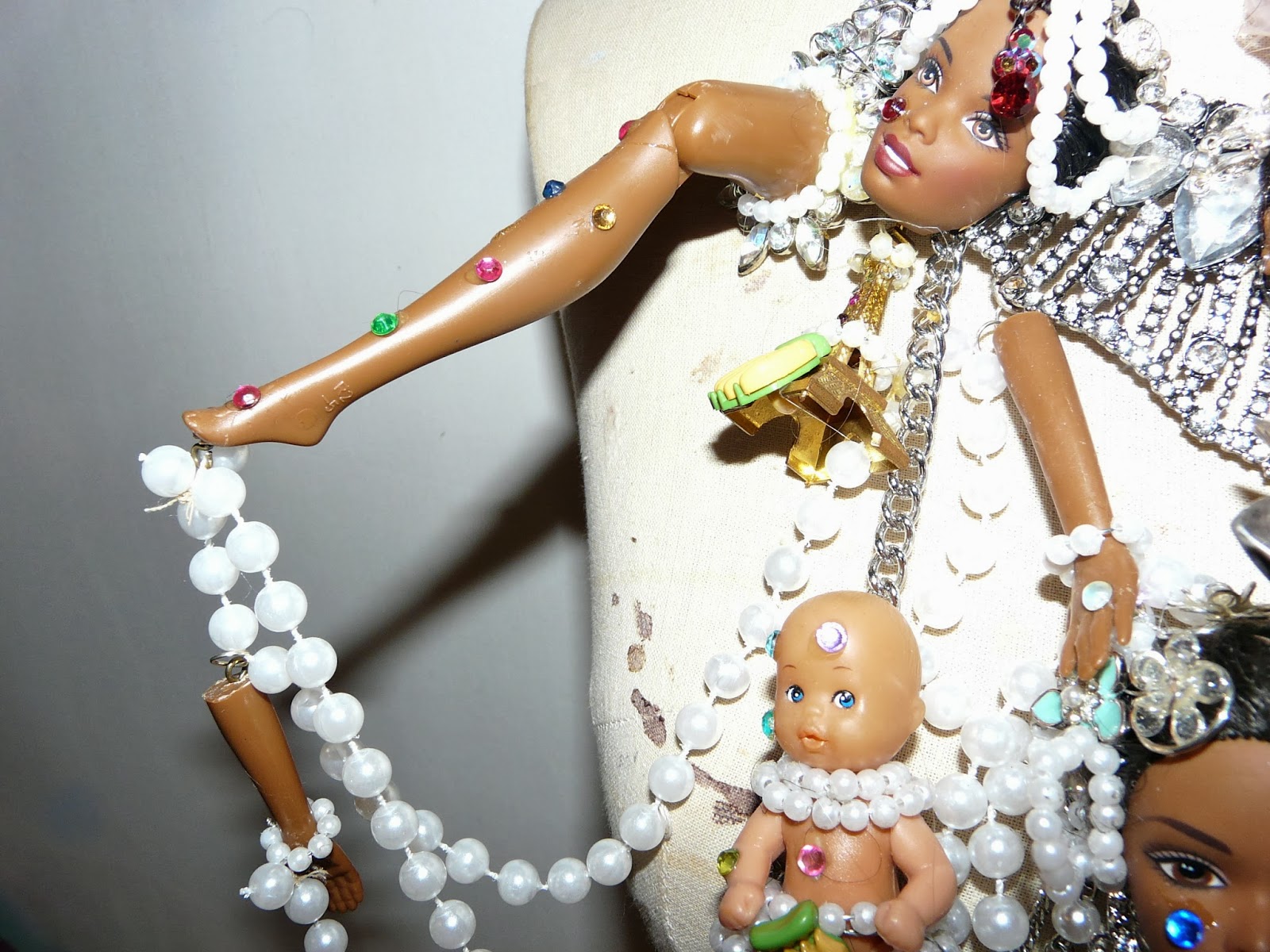 I put 2 babies because she adopted a lot, wearing pearl napkins During Baker's work with the Civil Rights Movement she began adopting children, forming a family she often referred to as "The Rainbow Tribe" 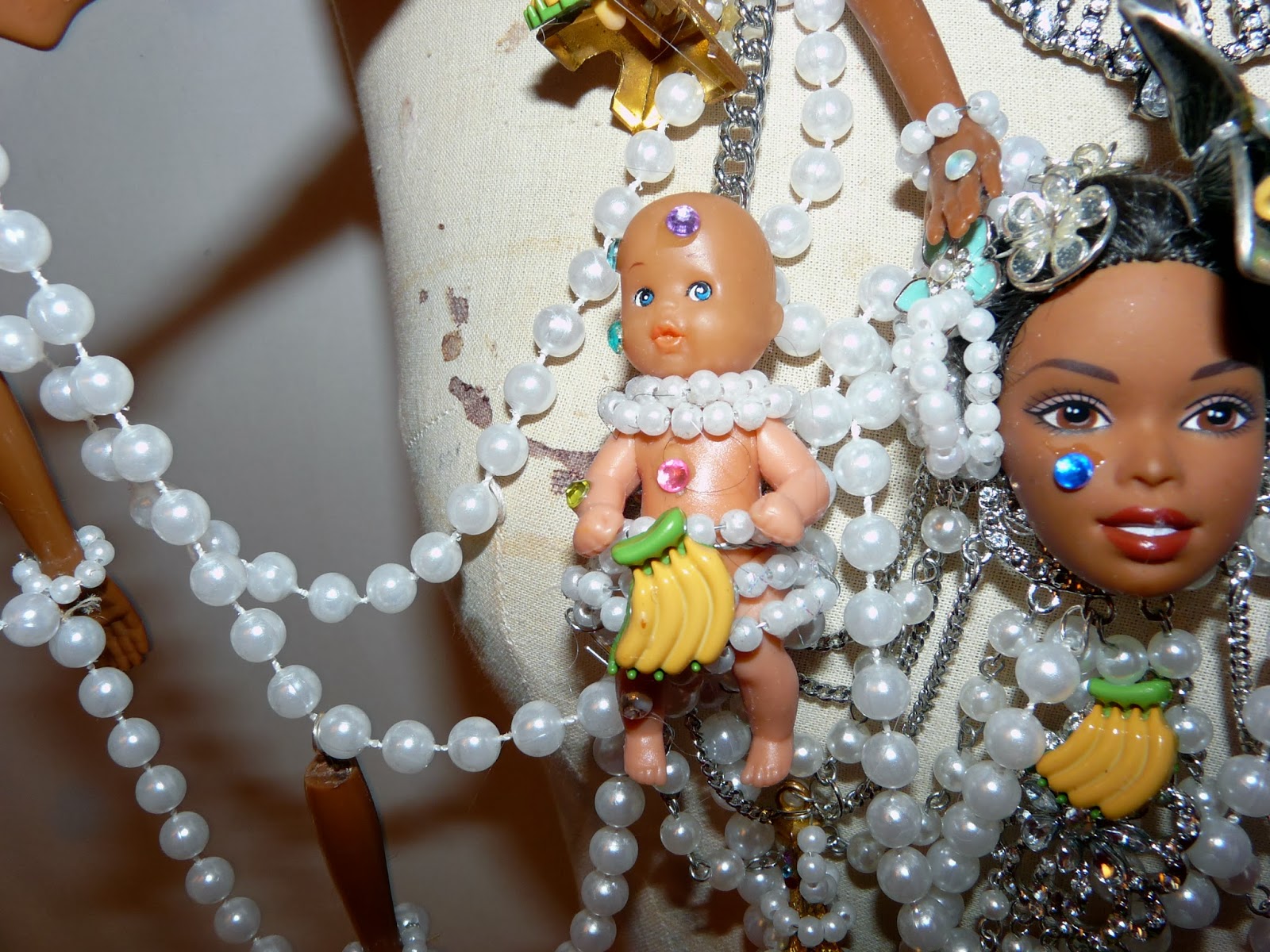 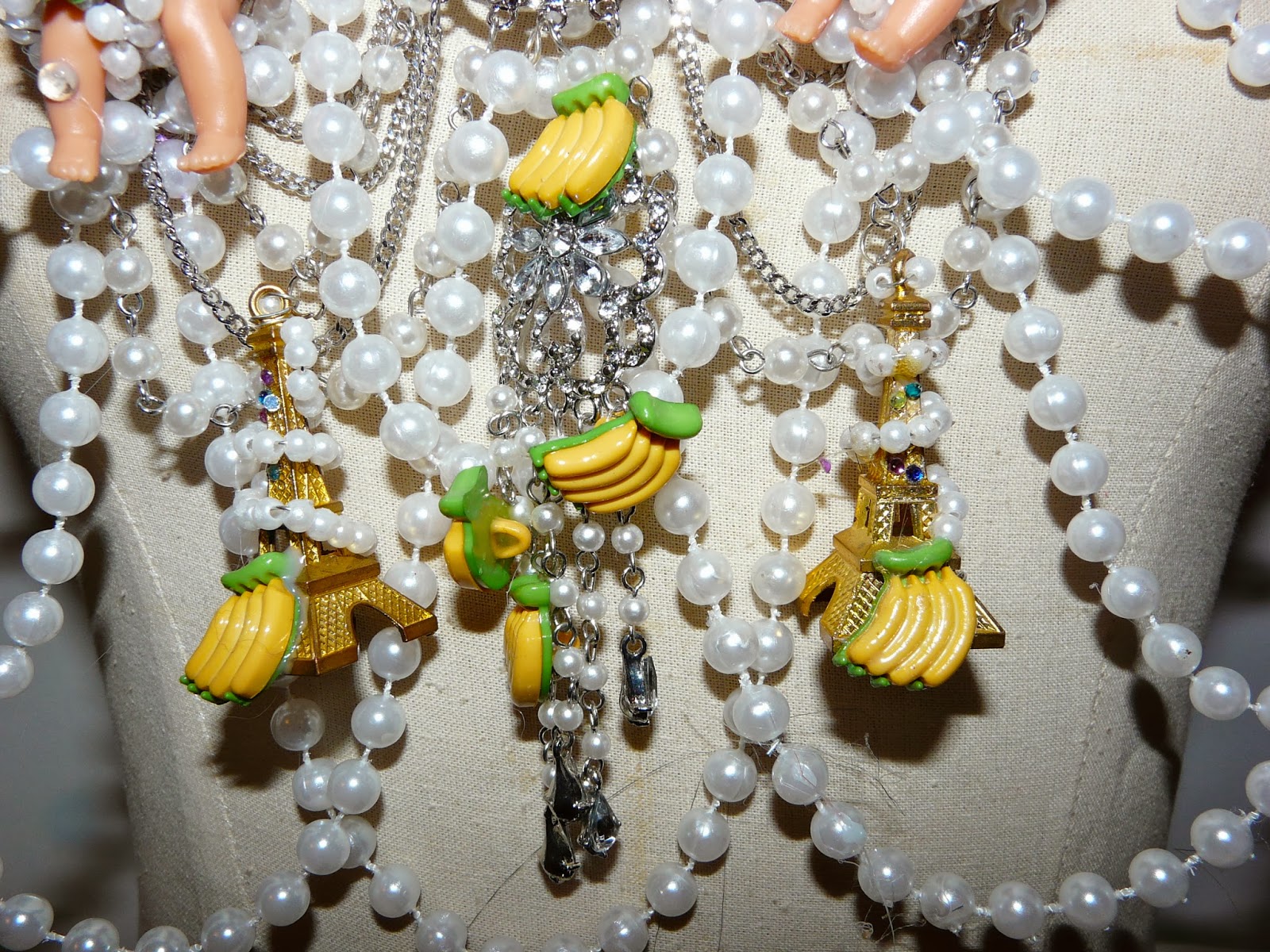 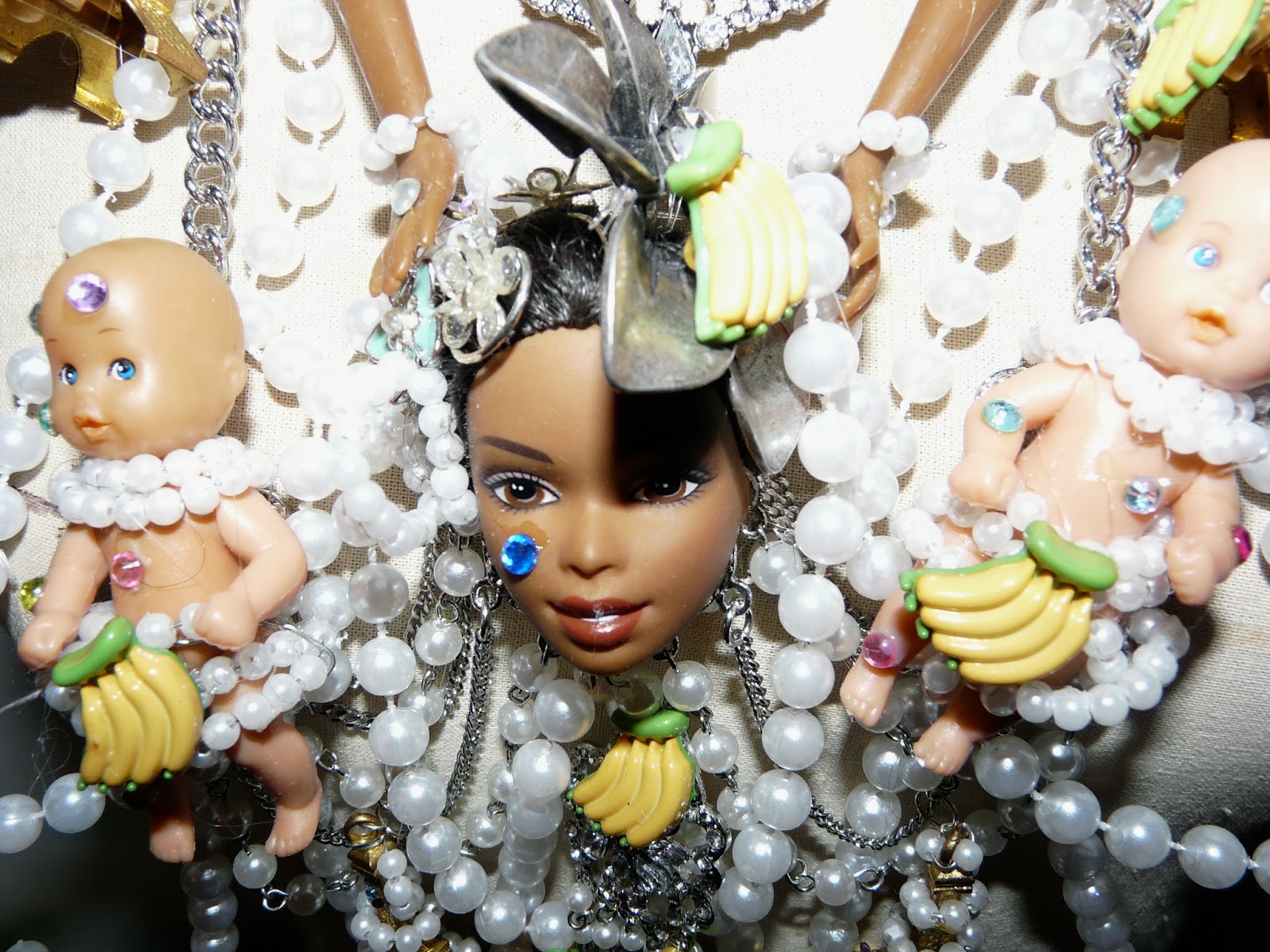 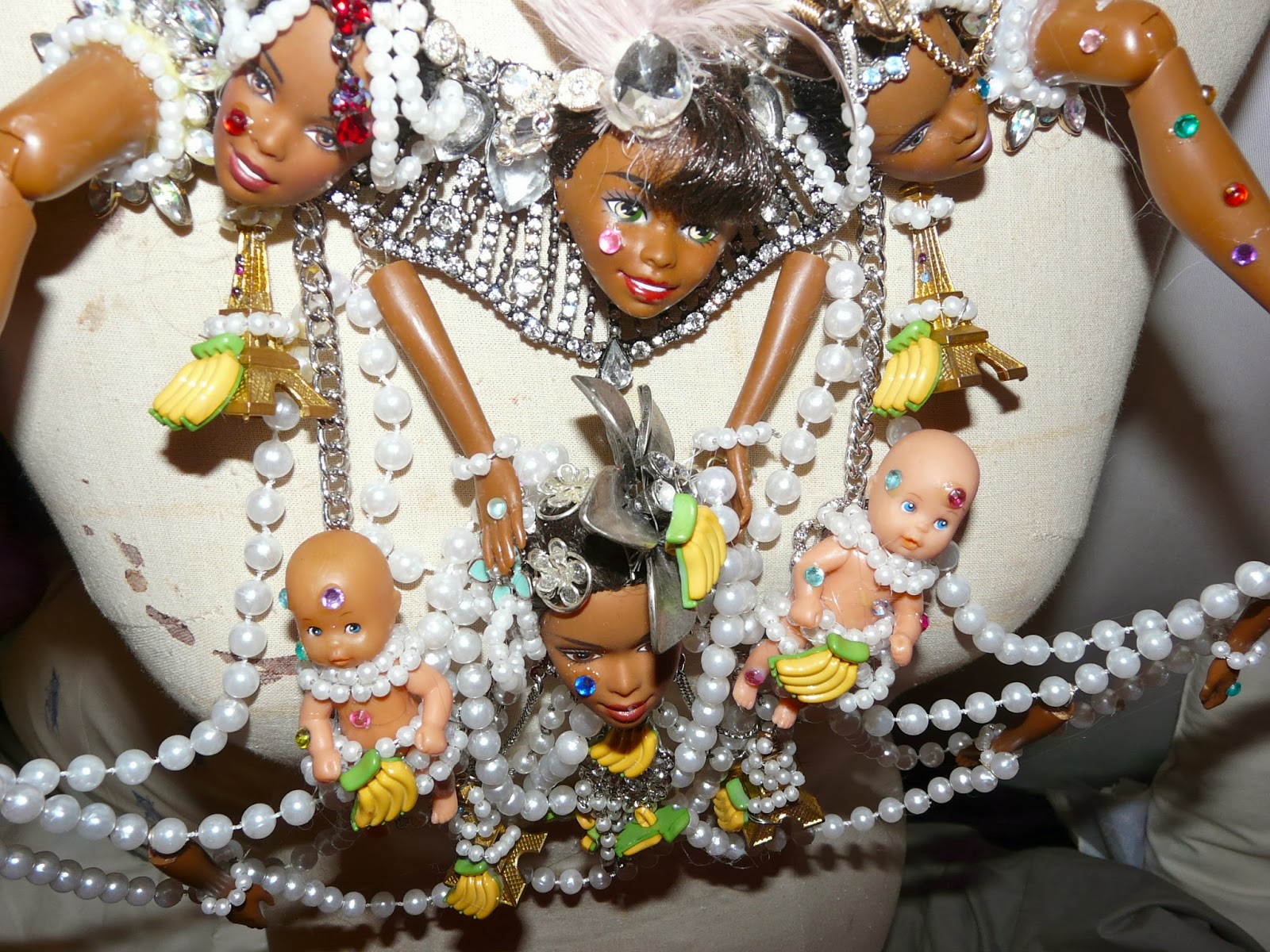 "Jason Wilde’s Free Portrait Studio is a non-commercial mobile studio that follows in the footsteps of the early itinerant photographers. Visiting a variety of venues throughout the London Borough of Camden Jason Wilde’s Free Portrait Studio invites visitors and passers by to temporarily discontinue their daily routines to take part in a short informal photography process. Staged against a neutral background these documentary portraits show the people I have met posing consciously and comfortable in their self-presentation."

Barbie flower dress, a barbie head replacing the heart of every flower on the dress, Lanvin inspirations. 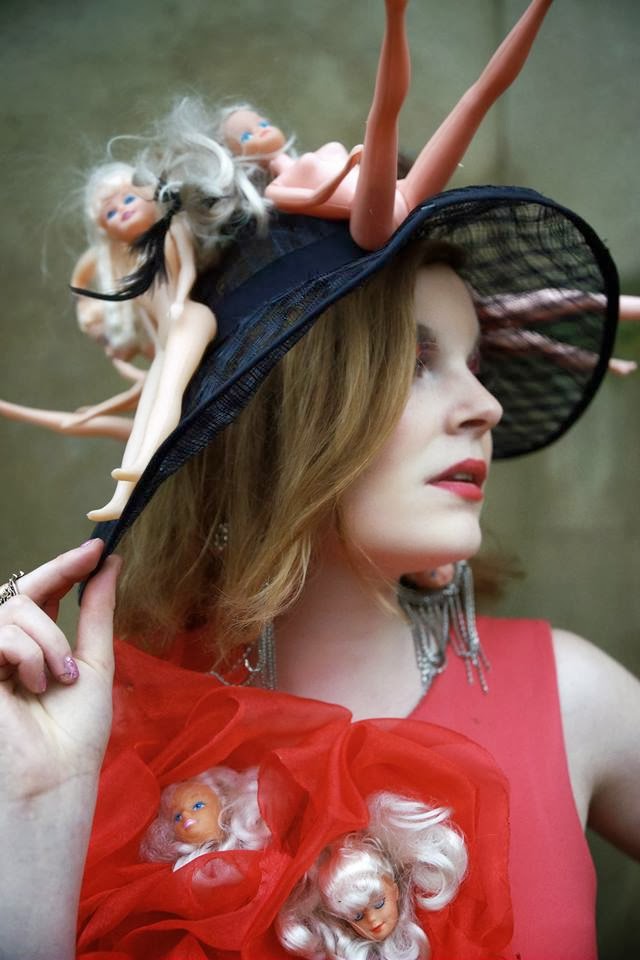 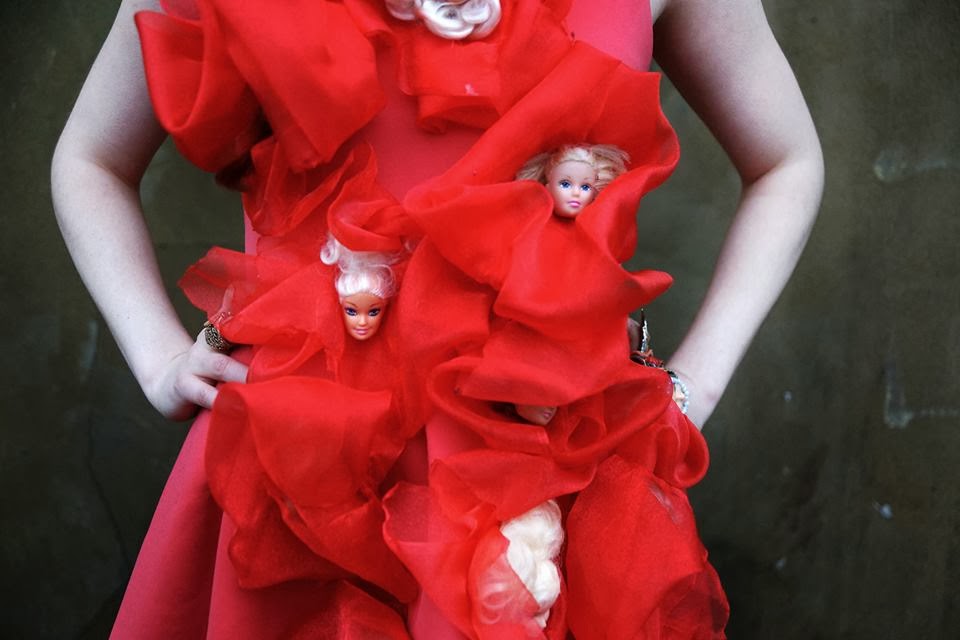 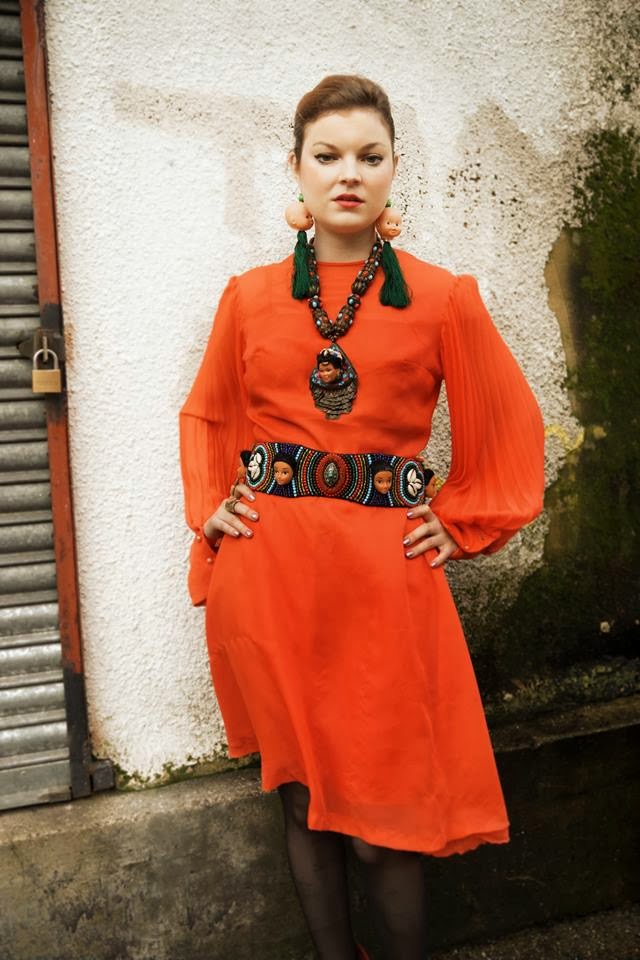 This belt was originally the headpiece of my tribal costume,

The amazing live artist and performer GAFF'E wearing the necklace I made for her with her face on a fashion photoshoot. 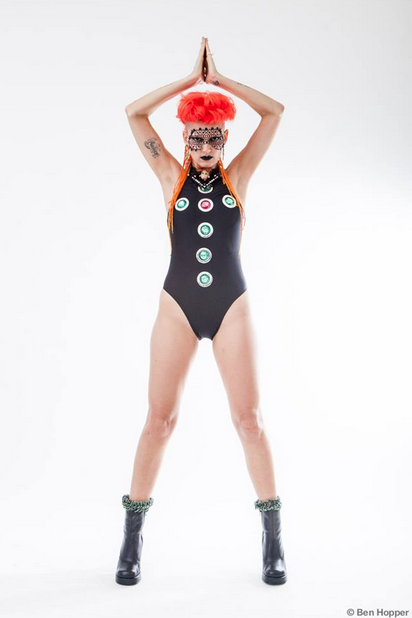 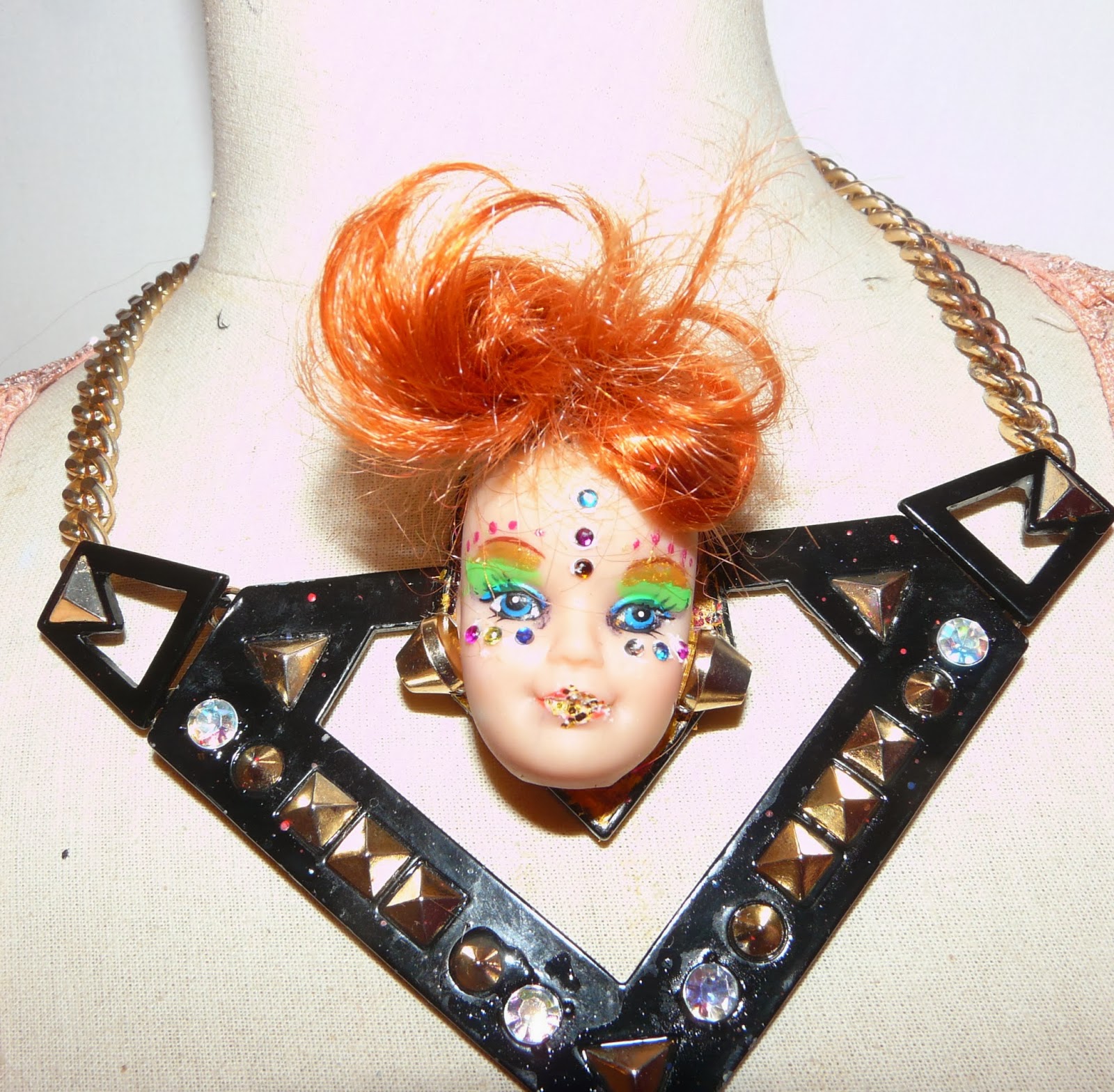 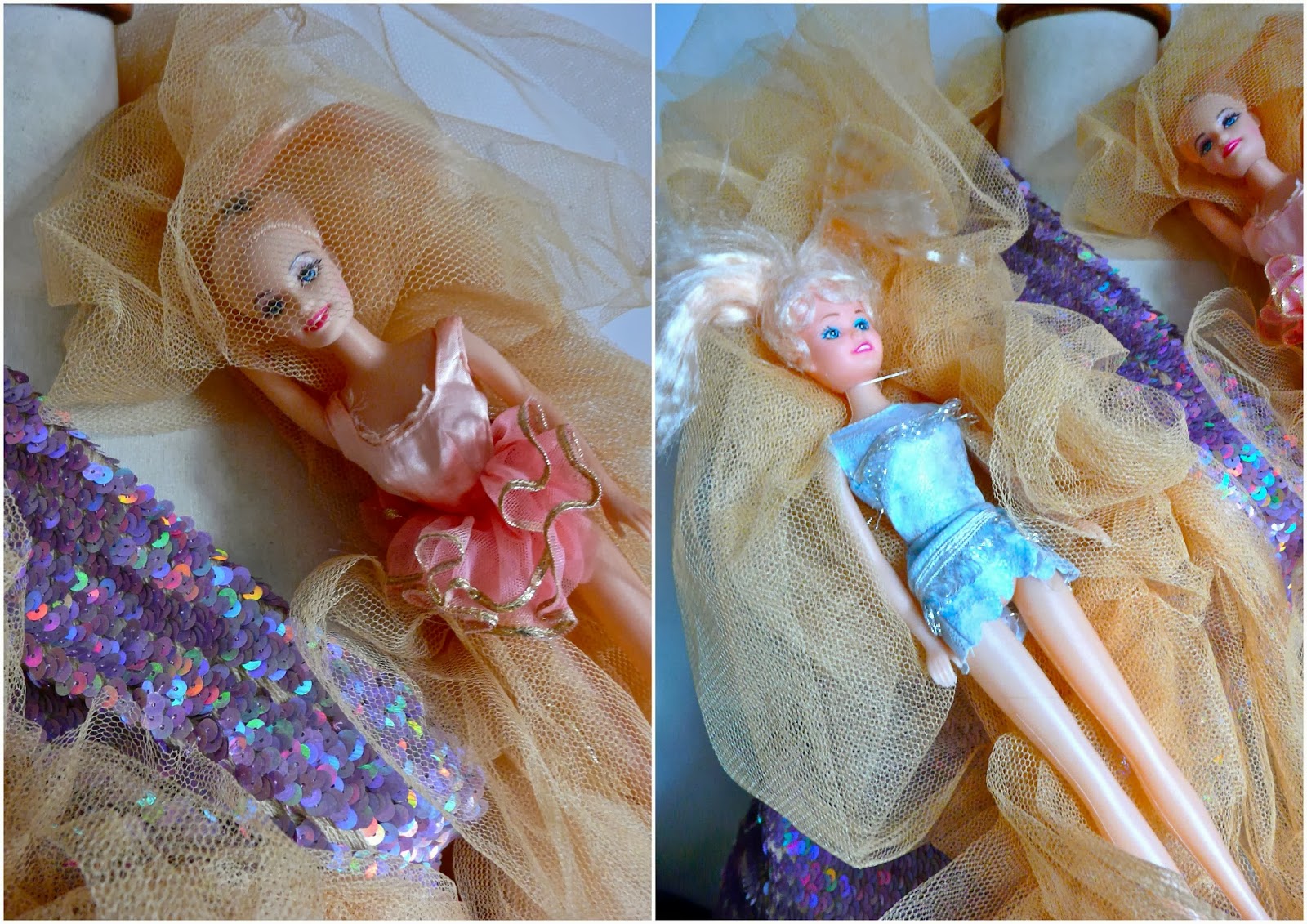 To add to my numerous professional carrier, I am now officially a bingo lady at the Restaurant 90, a great place in Hackney Wick with amazing food and drinks always hosting some creative and original events! 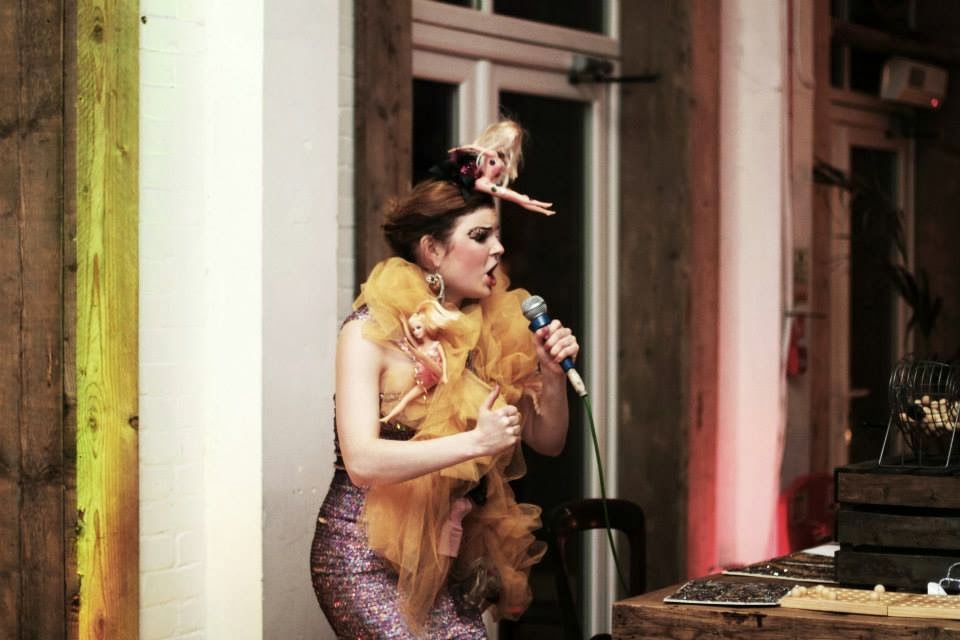 I created this crazy, offbeat flamboyant French lady character who doesn't even know the rules of Bingo! 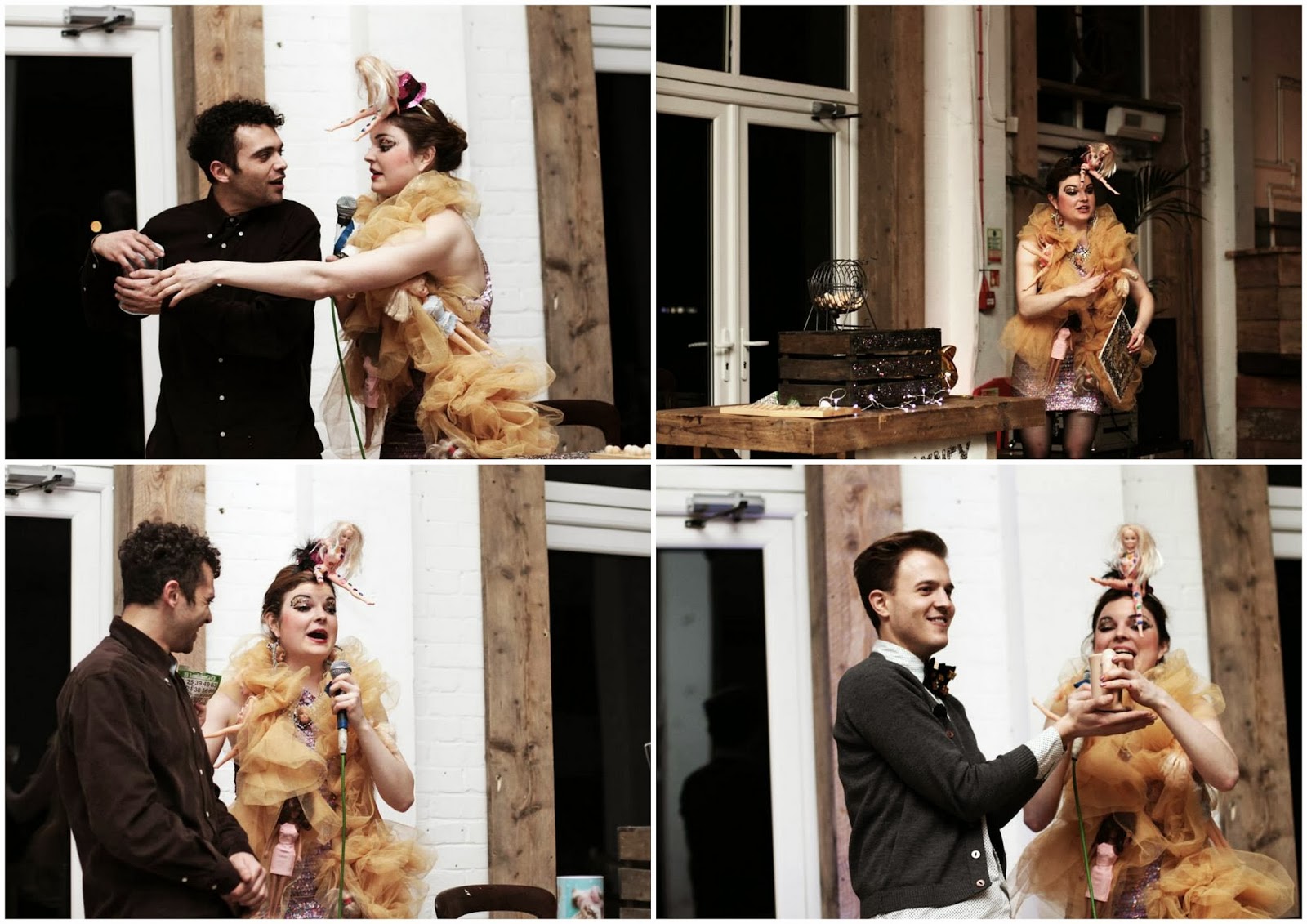 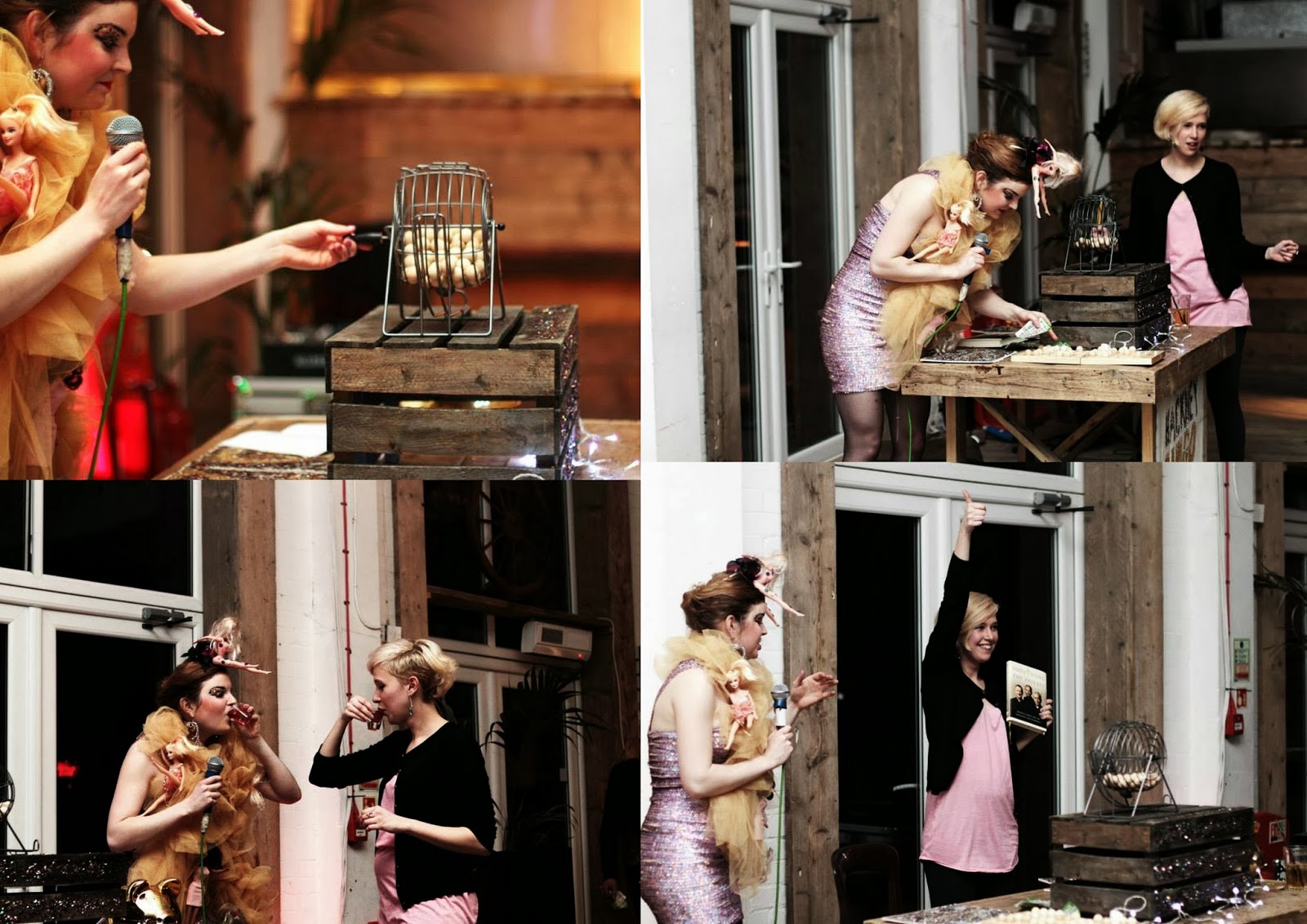 Come to the next edition 19th of february, will wear an other amazing costume!


Cult Mountain birthday Party,
the concept store was turing one, lot of amazing, colourful and inspiring people around!

Cult Moutain is a concept community based organisation dedicated to supporting and promoting new artists from our base and the vital spirit of Shoreditch, East London.
Cult Mountain is dedicated to finding and exposing the finest emerging talent in all artistic fields, Cult Mountain - NEW ARTISTS EMPORIUM is a Concept Store, Cafe and Gallery, showcasing the work of these fantastic and original hand-picked artists. 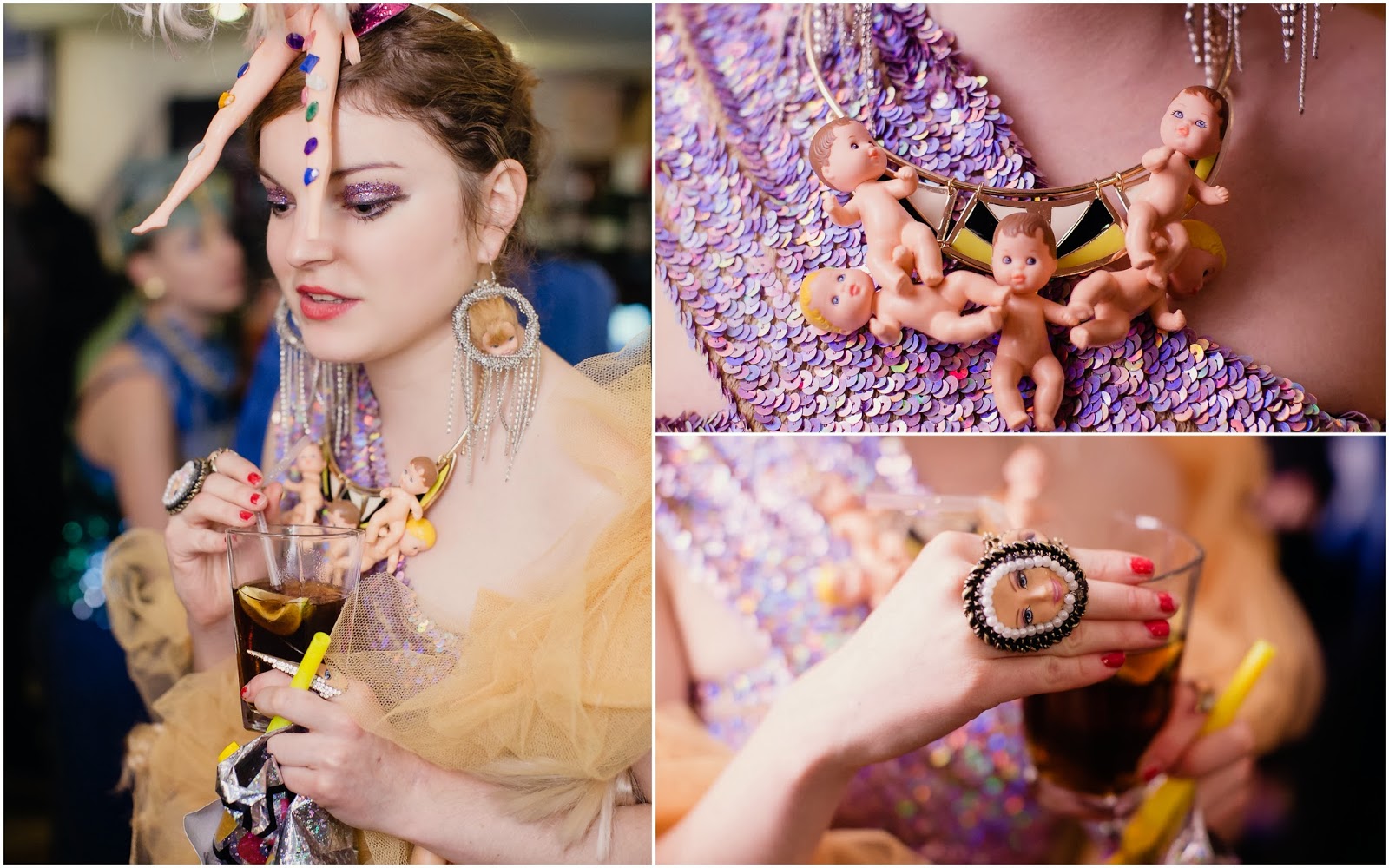 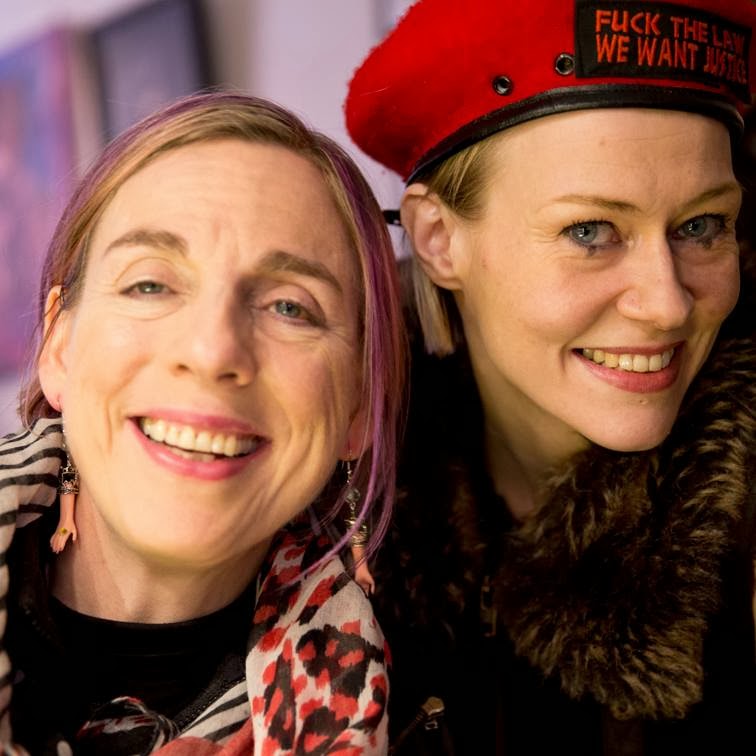