Sue Kreitzman  opened my eyes on the beauty of african fashion when I went with her to the African fabric market in Spitafields. She uses a lot of this amazingly detailed colourful beaded necklace as base for her own art.   Before I had this vision of "primitive" art associated with tourist fake wooden sculpture  incrusted with plastic shells next to a Bob Marley t-shirt on market stool.

The headpiece was commissioned by Deirdre from Lucy Lounge vintage shop in Dublin, with some customised tribal baby face and reason feathers kept by Mum grandmother from my uncle hunting. 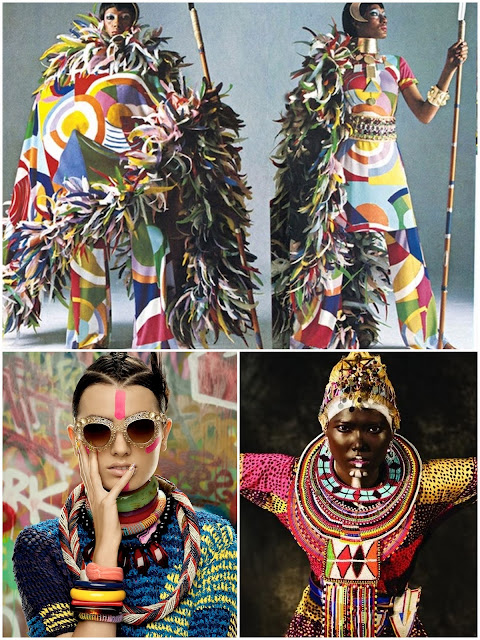 African style coming strong this few past seasons mingling with more western aesthetic, adopted by festival looks for his colourful patterns, eco-fashion connotation   mixed with other tribal and ethnic inspirations. 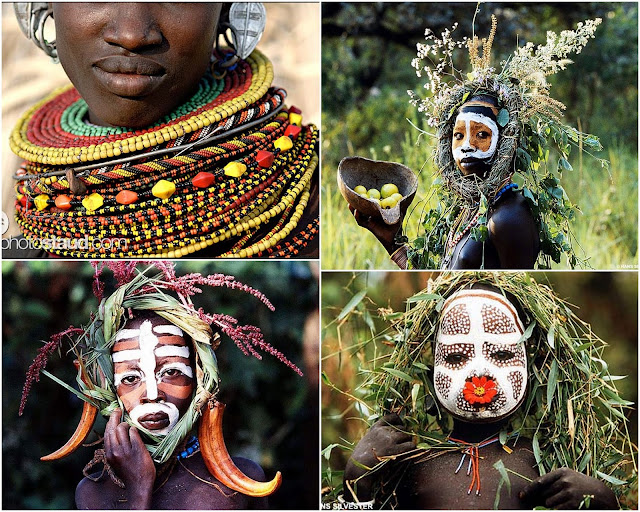 Like in this editorial for Vogue where the african ethic fashion is styled on a white model. 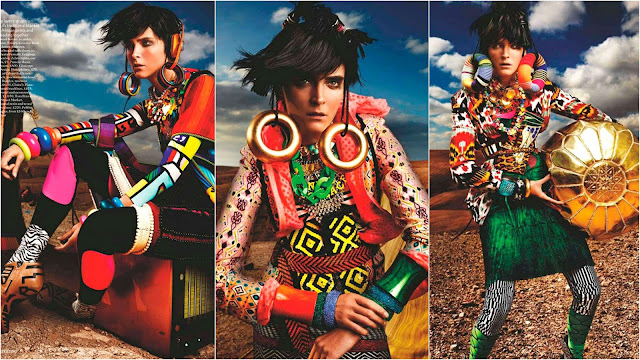 My idea was to create an African aesthetic necklace inspired by colourful folk african fairy tales of my childhood.  With a naive touch in a good way,  but trying to avoid any "colonialism" or "primitive art" connotation.

I glued a lot of rhinestones on savannah animals to give them a bit of glam and bling, with this necklace you are ready for a chic safari trip! 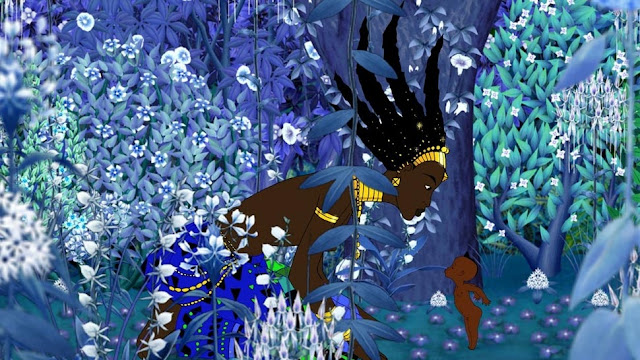 My Mum found two figurines of the sorceress in Kirikou a French cartoon, I knew Sue would like this strong powerful woman character, half goddess, half witch

I always feel really privileged to meet an artist and they have always been very generous with me. When I met John Baldwin in his studio,  he gave me a lot canvas he wanted to to get rid of.  I could have just stick them on my wall as they are so beautiful but that wasn't the purpose of it.

I've done some experiments with paint and garment before in interactive performance (read the article about it) But I've never used someone else paintings in my work before.
Aiming to make "wearable art" I've always been interested in the link between fine art and fashion.  How something that should be "Art for art's sake" could be "downgraded" (according to Platoon theory on art)  into something useful, with a precise function as being worn? Could you be a walking painting or is art meant to stay on the wall?
I don't know a lot about print making.  At fashion school  degree shows,  I am always fascinated by experimental techniques that student use in order to create new pattern.
But what could be better than a master painting?  This dress is the first experiment of I hope a larger scale one.  I had to tame the rigidity and tackiness of the canvas  to work with that suppress the smooth flow of a garment and make the shape more contrived.

I also met the pop artist Marthy Thonrton who gave me this "My little pony Burger" that he made during the horse meat scandal. I turned this witty piece into a fascinating. What could be best than wearing a art piece as a headpiece?  I like to think that lot of the accessory that I am wearing have a meaning, a deeper concept than just being cloth, a sentimental and artistic value.

I've already made a lot of dresses with baby faces in the past. But this time I wanted to push the experiment further by painting the face with arcylic paint, primary colours and the mix of 2 of this colours.  I wanted to create a kind of pop art baby dolls face…why?  just for fun. 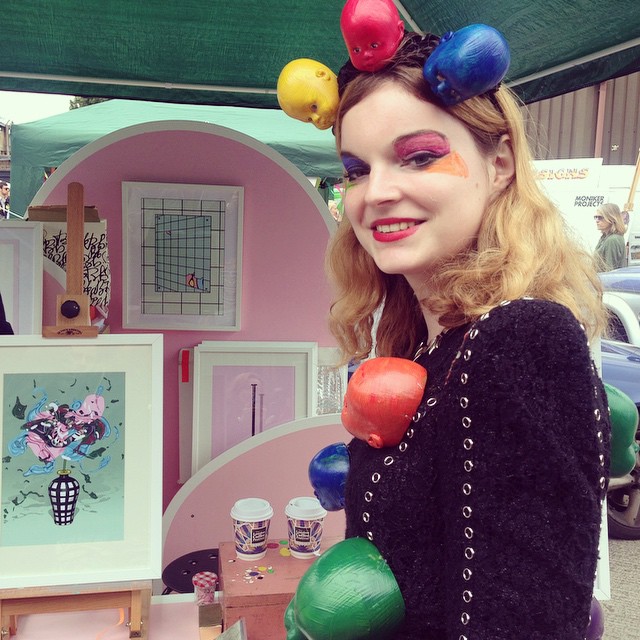 I worn it for the Art car boot fair where a lot of artists come to exhibit  and sells their work in Bricklane, far from the pretentiousness  of the white wall gallery but more in spirit of a  a sunday market.  Wearing a wearable piece of art, I felt more legitimacy mingling with the artist and it was my way to contribute to the event. 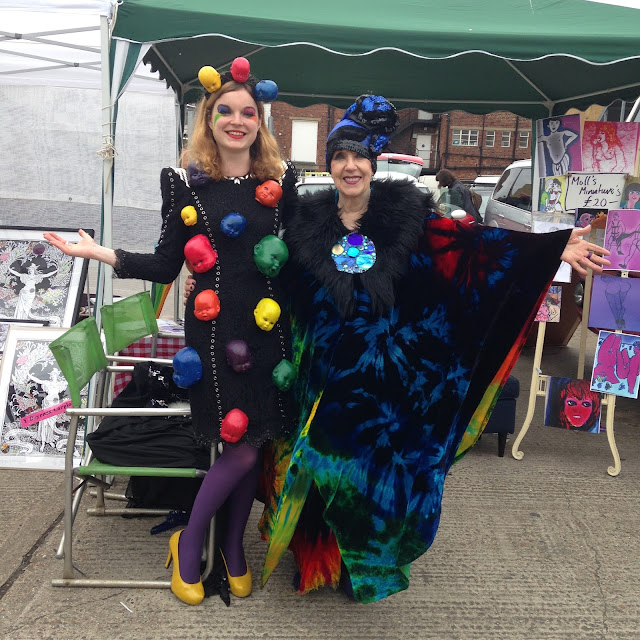 I feel so honoured to strike the pose with the amazing Molly Parkin.  You can see theses people on TV and the net day have your picture taken with them, this is the magic of London.

I grant it to you, shooting in brick lane is a bit overdone. I watched this programme on BBC  about the artists Tim Noble & Sue Webster who own a building in Shoreditch saying that if she got one pound for all the photoshoot down in front  of her building she will be another millionaire .

But I particularly like this wall washed out with colours as if they were dripping from the paintings as the expression of a overflow of creativity.